Buyers in the Toronto real estate market are routinely willing to offer a bounty of $500,000 or more in order to beat out rival bidders for a house they want. Many sellers have come to expect it.

Niels Christensen, a broker with Harvey Kalles Real Estate Ltd., is bracing for a crazy spring.

In the west end of Toronto where Mr. Christensen bases his business, just about every single-family home receives multiple offers. The disconnect between the asking price of a property and the amount it actually sells for is more extreme than he has seen in his career.

Some real estate agents do set unrealistically low asking prices in order to draw attention and whip up a frenzy of bidding. Mr. Christensen is one of many veteran agents who lament the practice.

Mr. Christensen stresses that agents are obliged to work in the best interests of their clients and, for many, it’s difficult to coach buyers who are thinking of entering such unbalanced competitions.

“My problem is I have lots of people who want to buy. Any marketplace has to be fair or people lose confidence in it.”

Mr. Christensen believes that setting an asking price of 10 per cent or so below market value seems like a sensible strategy to him if a seller hopes to draw multiple offers.

In order to establish a list price, agents should undertake a “comparative market analysis” to determine what similar properties in the area have sold for.

“Is it incompetence? Do they have no idea what the value of a property is?”

Mr. Christensen would prefer to see an open bid process so that buyers do not need to gamble on the amount necessary to come out on top.

“I’ve seen cases when the winning offer is $300,000 more than the second place offer,” he says. “I think the process is completely unfair to buyers.”

Regulators have so far been reluctant to tinker with rules around the bidding process. In a free market, a house is worth what someone is willing to pay for it, is the long-held position of the Real Estate Council of Ontario.

He has also seen instances where buyers who pay hundreds of thousands above the asking price are on the hook for a larger down payment if the mortgage lender has the property appraised and the appraised value is less than the buyer paid.

“It’s a huge burden for buyers,” he says of those forced to close the gap. “They’re very, very cautious now, lenders.”

Despite his concerns about overzealous bidding, Mr. Christensen is bullish about the outlook for the market. Immigration will ramp up again, he points out, and lenders offer very low interest rates.

“I can’t see the market in Toronto crashing,” he says. “But at some point affordability comes into it because people just can’t afford the numbers.”

Robert Hogue, senior economist at Royal Bank of Canada, labels the mindset of buyers in the Canadian housing market as “a mix of exuberance and haste.”

Mr. Hogue points out that in Toronto and other markets where supply is tight, competition for the few available properties has not only been fierce but increasingly driven by a sense of urgency or “fear of missing out.”

Mr. Hogue says that a recent uptick in longer-term interest rates might also be dialling up the eagerness to act, with some people seeing the increase as a turning point for interest rates.

“These dynamics are poised to keep things boiling in the near term.”

Such overheated conditions do increase the risk of a price correction down the road, the economist warns. For this year, he predicts that prices will continue to appreciate in the months ahead, but at a slower and slower pace as we approach 2022.

Against that backdrop, some agents do set the list price at or slightly below the amount they expect to receive - and still end up with jaw-dropping offers.

In the Lorne Park area of Mississauga, real estate agents Mary-Anne Appleby and Phyllis Henderson of Royal LePage Real Estate Services were surprised recently when buyers paid a $475,000 premium for a four-bedroom home on a quiet cul-de-sac.

“We priced it fairly,” Ms. Appleby says. “We did not intentionally price this home below market value.”

When the property hit the market, house hunters had booked more than 100 showings over four days.

On the night reserved for reviewing offers, 16 parties registered bids and the house sold for $2.174-million.

The red-brick house with a backyard pool is in a sought-after neighbourhood with highly-rated schools, Ms. Appleby says, but the property needs some updating and there are hydro lines nearby. The agents thought those factors might keep the price in check.

Ms. Appleby says the number of showings illustrates that plenty of buyers are competing for very few listings.

“It’s all about supply and demand right now,” she says.

To accommodate all of the prospective buyers, homeowners moved out for a few days and the agents launched the property on a Thursday night.

The agents booked showings back-to-back, and even then some buyers were not able to get a time slot.

“We had agents calling us, asking ‘can you please squeeze us in?’ It was almost a frenzy,” Ms. Appleby says.

When some parties showed up early, the agents had them walk the property in order to keep physical distancing in place.

Even on the offer night, one agent called from the property to ask whether a couple of clients could get inside. Ms. Appleby informed the agent that the deadline was looming and it was too late for a showing.

A few minutes later, the agent submitted a bid from the couple.

“They hadn’t even been inside the house. They were standing outside,” Ms. Appleby says.

Ms. Henderson says that more listings are coming to the market with the arrival of warmer weather. Homeowners are getting storage pods and decluttering their houses in preparation for putting a sign on the lawn.

“There are definitely a lot of listings coming on every single day,” she says. “The sellers we see are serious.”

One reason for the scarce number of listings so far is that homeowners don’t know where they will go next.

The agents are advising their clients to buy first so that they don’t end up overpaying because they’re under pressure.

Ms. Henderson adds that some buyers are becoming worn down by the relentless competition. With each bid they submit, house hunters start to imagine where they will put their furniture and how they will live in the home.

“When you lose, it’s devastating,” she says.

After an intense few months, Ms. Henderson says some clients are pausing their search while they wait for more listings.

“We have buyers right now who are just taking a little break.”

Some agents in areas outside the core are already beginning to see signs of buyer fatigue. Offer nights are cooler than they were a few weeks ago in places such as Durham and Newmarket, and not every sale is setting a new benchmark.

Mr. Christensen also believes that the high-octane market will cause that buyer fatigue to spread eventually.

“It’s the buyers who will put an end to the silliness. If they all said ‘we’re not doing this,’ this would end.”

The market for Toronto-area mansions is heating up
Subscriber content
March 17, 2021 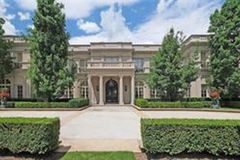 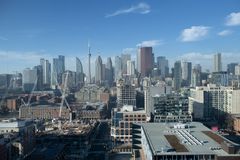