Real estate sales in cottage country north of Toronto are off to a slow start this spring as rain, flooding and cool temperatures keep sellers and buyers out of the market.

“Cottaging is so psychological,” says Paul Crammond of Chestnut Park Real Estate Ltd. in Port Carling, Ont. “People always find something else to do in the city if the weather is bad – even if they own a cottage – and especially if they’re thinking about buying a cottage. It just doesn’t get them in the mood.”

Mr. Crammond says listings are slim so far this year in the Muskoka region, where many buyers covet a chunk of rocky shoreline on one of the big three: Lake Joseph, Lake Rosseau and Lake Muskoka. The low level of inventory also discourages potential buyers from making the trip up north.

Mr. Crammond says dire spring flooding this year arrived when an unusually deep snow pack in Algonquin Park combined with 13 inches of rain in two weeks. The melting snow flowed into swollen area rivers, which then spilled over their banks.

The town of Bracebridge bore the brunt of the flooding, Mr. Crammond says, but water levels on the surrounding lakes were also higher than normal. Many cottage docks stood under two or three feet of water.

‘Green shoots’ in the housing market: A cross-Canada look that shows if you’re in buyers’ or sellers’ territory

Mr. Crammond says the problem was made worse because ice was slow to melt on area lakes. As water from the rivers poured in, it sent large ice floes drifting in to docks and boathouses.

In Muskoka, boathouses are often substantial buildings with decks and sleeping quarters above.

Mr. Crammond says he has heard from other agents that some cottage owners were considering selling but they’ve put their plans on hold.

“If there has been any damage caused, they want to present the property in the best light.”

Anita Latner of Anita Latner Realty Inc. says she believes the real estate market has been delayed throughout Muskoka.

“I think it’s eight weeks at least. It has been a sporadic and late start.”

Ms. Latner says businesses in Bracebridge, Gravenhurst, Port Perry and other towns have been hit by slow sales and farmers throughout the rain-soaked region are having trouble planting their crops.

“Everyone’s just saturated, literally,” she says. “You’re lucky to get a walk in – never mind get to the cottage.”

Royal LePage Real Estate Services Ltd. is forecasting that prices for recreational property Canada-wide will rise 4.7 per cent by spring, 2020.

A survey by Re/Max found that millennial buyers are taking over from baby boomers as buyers in the recreational property market. According to the real estate firm, 56 per cent of millennials surveyed say they are considering purchasing a vacation home.

Despite the slow start, Mr. Crammond says there are buyers circulating and willing to make a bid when the price seems right.

“There have been deals in all price ranges – including one in the $10-million range.”

The property was first listed two-and-a-half years ago with an asking price of $3.25-million. The price was gradually reduced until it hit $2.295-million in the fall of 2018.

It stayed at that level this spring and sold for $2.32-million when three buyers put bids on the table.

Mr. Crammond says some sellers prefer to list high and reduce if necessary, but he advises owners to keep asking prices within 5 per cent or 6 per cent of the amount he thinks the cottage will sell for.

When sellers insist on bumping up the price, they end up competing with properties that may be accurately priced.

Even worse, the rival properties may use your listing to illustrate the value of their offering, he adds.

He says those not ready to list now may have a good opportunity after Labour Day.

“It will probably be even better than usual this year because we’re delayed. We will likely compress a normal amount of business into a shorter time.”

Ms. Latner believes it’s too early to tell for sure what will happen with prices this year, but her expectation is that they will remain steady.

She says the performance of the economy, the stock market and the real estate market in Toronto all affect the mindset of the buyers.

She also says she thinks people have been spending more time in the city because they’ve been watching the Toronto Raptors on their journey to the NBA Championship.

“There are no more basketball games. People have been preoccupied.”

She expects the market to pick up when children are finished school and the hot weather arrives. Much of the catch-up may come in the fall, she adds.

“I’ve never seen a season like this in my entire life,” she says. “It’s the strangest year ever.” 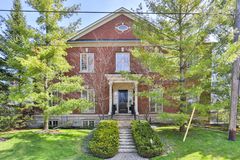 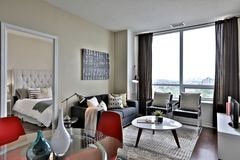 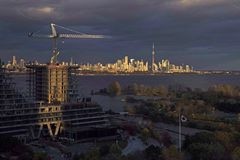