Sellers in Toronto’s condo market are starting to test their mettle again.

“The difference in the condo market in the last two weeks – it could be a year,” he says.

Condo units fell sharply out of favour with downtown residents when the Coronavirus pandemic was declared a health emergency in Toronto one year ago. The inventory of units for sale and for rent burgeoned and buyers backed away.

Today, Mr. Pope points to the sales of two similar units in a building in Toronto’s east-end Corktown neighbourhood: the seller of the first sold at a discount to the asking price in mid-February while the seller of the second sold at a premium in early March.

Mr. Pope decided against scheduling a date to review offers in order to create a sense of urgency amongst buyers, who know the property can be snapped up at any time.

One prospective buyer made an appointment to see the unit as soon as it was listed and brought Mr. Pope an offer that day – above the asking price.

Nevertheless, “I wouldn’t be doing my job if I didn’t ask if there’s more money,” he says.

While he was waiting for a response, a second offer arrived from a buyer who had viewed the 3-D tour online.

Both of the buyers had submitted offers on the unit down the hall two weeks earlier so they were familiar with the layout and the building, Mr. Pope says.

The first bidder sweetened his offer and the unit sold for $491,000.

Mr. Pope says his client’s unit had a few more upgrades in the kitchen, but he was surprised he was able to sell the unit for five per cent more than the neighbouring unit.

“I was expecting there would be a recovery but not so soon,” he says.

“They had quite a number of offers,” he says.

Mr. Pope expects the condo market will regain more of its vigour when Canada’s borders open to immigration again.

For now, he cautions that sellers who hear about condos selling with multiple offers still have to be careful about their expectations.

“I also think there are some sellers who are losing their minds and really pushing it on price.”

One penthouse unit at 32 Trolley Cres. in Corktown was recently listed with an asking price of $2.3-million, which equals $1,500-per-square foot.

On top of that, the agent set an offer date, which suggests they were hoping to have multiple competitors bid up that price. Mr. Pope says the unit was appealing but he doesn’t believe it merits that price or strategy.

“You have to really have a pulse on the market to understand if you can get away with that,” he says. “You can put people off.”

Mr. Pope says the prospective buyers in the condo market at the moment are both investors and people who plan to live in the units.

Buyers had the most negotiating power in the fall, he says, because inventory was swollen and very few investors were willing to gamble at the time.

The buyer picked up the 636-square-foot unit for the equivalent of $864-per-square-foot, which is a substantial discount to the $1,100-per-square-foot he obtained for a unit in the building in April, 2020.

“It was a record low price,” he says of the deal in the autumn.

At that time, the only owners who were selling were the ones motivated to drop their prices,” says Mr. Pope.

Some were landlords who decided to cash out rather than ride out a tough time in the rental market.

The rental market is still suffering from a bulge in inventory that allows tenants much more negotiating power, he says. Many are demanding – and receiving – cuts to their rent of as much as $300 to stop them from leaving for a cheaper apartment, he says.

“The rental market is fine as long as you have it priced right. But prices have not recovered. Landlords have to negotiate down.”

“A lot of tenants are threatening to leave if they don’t get a better price.”

One owner recently called Mr. Jelinek to say that her tenant is moving out. She asked for his advice on whether to find a new tenant or sell.

Mr. Jelinek’s research showed that the landlord would have to compete with more than 100 similar units for rent.

“You have 110 to compete with,” Mr. Jelinek told her. “There’s downward pressure on the price.”

By comparison, there were only 11 similar units for sale in the same area.

Mr. Jelinek’s recommendation is to sell the unit for an expected price of about $500,000 and redeploy the money into a detached house under construction in the rapidly-growing suburbs north of Toronto.

Mr. Jelinek says the homes in East Gwillimbury will be ready in about one year. Prices in the area for single-family dwellings have been rising at a clip of 30 per cent year-over-year.

In his opinion, pre-construction prices for “sticks-and-bricks” in locations such as Durham, Halton, York and Innisfill range are attractive compared with prices for condos on the drawing board in downtown Toronto.

Bank of Nova Scotia economist Farah Omran says buyers continue to demonstrate a preference for more space as the pandemic and its impact on living and working conditions persist – with larger, roomier, higher-cost single-family homes driving much of the increase in house price indices.

Whether this trend will continue depends largely on whether the pandemic alters working arrangement after vaccination becomes more widespread, Ms. Omran says.

The Centre for Urban Research and Land Development at Ryerson University notes that the suburban 905 area code has been outperforming the more central 416 area code when it comes to residential sales in the Greater Toronto Area during the pandemic.

Almost two out of three of the residential sales in the GTA on the Multiple Listing Service of the Canadian Real Estate Association took place in the 905 area code in 2020 while the more central 416 area code remained relatively flat. 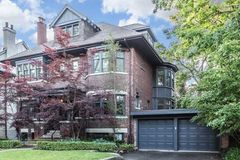 Toronto’s exploding home prices may be drawing out the flippers
Subscriber content
February 24, 2021 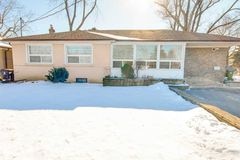