In Toronto and the surrounding Greater Golden Horseshoe, house hunters are entering bidding contests with resolve.

“It’s like an extension of the summer,” Mr. Pasalis says. “I think most people have been shocked by how busy and competitive the market is.”

Mr. Pasalis says government support has helped to buoy the economy, which in turn has kept the housing market lively.

A slight lull leading up to Labour Day has given way to people renewing their efforts to move in September, he says.

Still, the frenzy of July has calmed somewhat.

In the popular Leslieville neighbourhood where Realosophy is based, homeowners might receive between two and four offers instead of the 10 they were tallying at the height of the summer.

“It’s not quite as crazy as it was two months ago.”

Still, Mr. Pasalis has been surprised by the recent strength. After sales plummeted in March and April, he expected the market to remain flat for a time.

Many trends were hard to predict, he says, including the urge many people had to move out of condo towers and into a home with a backyard.

“It’s hard to predict the behavioural changes as the result of a pandemic.”

Mr. Pasalis is hearing from people who are leaving the city in the search for more space in the suburbs or Ontario small towns.

“We’re still getting calls from people who are contemplating a move out of the city.”

Some businesses in the downtown core have seen employees gamble on being able to continue working from home indefinitely.

“Their staff have been moving out with the expectation that they could permanently work from home.”

For some people, a suburban home with a swimming pool has suddenly become attractive. People who weren’t even contemplating a move in February changed their minds quickly when lockdown came into effect.

People aren’t able to travel, so they’re willing to spend money on fun and recreation at home.

“As you start moving out of the downtown core, the idea of having a pool-sized backyard has become a bigger priority than it was a year ago. If you talk to pool people, they’re booming.”

In Mississauga, Janice Goss, broker with ReMax Professionals Inc., recently had 10 bidders vying for a house with a pool and a fish pond in the backyard. The four-bedroom house at 1590 Tipperary Crt. sold for $1.53-million one day after being listed with an asking price of $1.29-million.

Ms. Goss says the pool may have drawn some prospective buyers, but the property is also on a dead-end street in a popular subdivision with many more expensive homes nearby.

Parks, schools and the downtown Port Credit area are all nearby.

Still, Ms. Goss did not set a date for reviewing offers because she did not think the property would attract as much action as it did.

“The first offer came the first day,” she says, and it was good for 24 hours. “In that time, another nine came in.”

Ms. Goss says that the market at $1.5-million and below is very active in Mississauga, but it cools above that level.

“Some in that same sub-division are at $1.7-million and they haven’t sold.”

At the $3-million mark and above, some sellers are reducing asking prices or taking offers at substantial discounts.

In West Hamilton, real estate agent Angela Hogben of ReMax Escarpment Realty Inc. recently sold a four-level backsplit for $760,000 after listing the property with an asking price of $749,900.

Ms. Hogben set an offer date the following week. The first day, a couple came in with a bully offer and the owners accepted.

Ms. Hogben says the three-bedroom house at 623 Cherrygrove Cres. is not large, but it is nicely renovated and has a pleasant backyard.

The buyers are local, she adds. Despite all the tales of people migrating out of Toronto, she finds many clients these days are swapping properties closer to home.

“People who live in Hamilton would also like a big yard. People have been cooped up in the house for so long,” she says, and the common sentiment is, “we want out and we want out yesterday.”

Ms. Hogben says the owners set an asking price of $399,900 and an offer date, but no bidders came to the table.

“When people hold back offers, it can blow up. You always run that risk,” she says. “A lot of people are turned off by that.”

“We’re still literally the only offer available,” was her reply.

Ms. Hogben is also seeing an upswing in buyers seeking country properties amidst the wineries and farms of Lincoln and Pelham, Ont.

“I’m going to buy a cornfield and build a house,” is a common refrain, she says.

But Ms. Hogben points out that the rules surrounding construction loans are different than conventional mortgage.

In Toronto, Mr. Pasalis says that the cohort heading away from the big city is only a small slice of the market. Many more transactions in the Toronto market stem from residents moving within the city. For many people, trading up means moving to a semi-detached house with a small amount of outdoor space for the children.

“A yard is a yard,” he says. “A massive yard and a detached house are not a priority for everybody.”

Looking ahead, many market watchers are keeping an eye on the so-called deferral cliff this fall. When financial institutions phase out their programs that allowed homeowners to defer mortgage payments, some forecasters cautioned that those owners would not be able to get back on track.

Mr. Pasalis doesn’t believe significant numbers of homeowners will bail. One harbinger that mortgage brokers are watching is the activity at private lenders. Typically people who have trouble paying their debts will refinance at a higher interest rate at a second-tier lender.

“That’s what you do first before you hand over your keys,” he says.

So far, activity at private lenders is very quiet, according to Mr. Pasalis’s contacts in the industry. 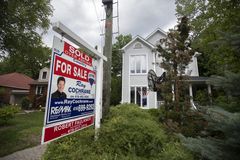 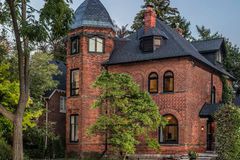 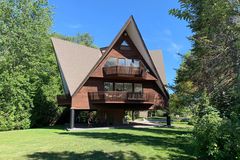