Long active in suburban developments, Habitat for Humanity is now teaming up with developers building high-rise condominiums in densifying urban neighbourhoods in the Greater Toronto Area.

While Habitat has had a long history of working with developers to build and repair homes for clients from low-income backgrounds, they are increasingly working with high-rise builders to introduce affordable housing units into their condo towers, bringing people from different income brackets into the same building and sharing the same amenities.

“Mixed-income communities are stronger communities,” Ene Underwood, CEO of Habitat for Humanity GTA, said. “For Toronto to be strong, we need people at all income levels.”

In Toronto, affording a home remains a challenge for many in the city. It is estimated that nearly 9,000 people were homeless in Toronto on April 26, 2018, including those who were on the streets, in municipal shelters and in respite sites according to a municipal assessment from last year. People are also waiting longer for social housing, with the Toronto Housing Market Analysis from January estimating that 100,000 families in the city were waiting for about 94,000 social housing homes. Meanwhile, more people are expected to live in low-income households in the future, with a projected 600,000 people by 2041.

At Church and Carlton streets are the beginnings of Stanley, a 41-storey tower which will feature an entire floor of affordable housing units. The developer, Tribute Communities, approached Habitat with the idea of a partnership. In exchange, the city allowed them to add four additional storeys to the building.

The arrangement was a win-win for both Habitat and Tribute. The added height and density would "help offset the cost of providing that housing at such a low cost,” said Steve Deveaux, the executive vice-president of land development at Tribute Communities.

The floor will have eight three-bedroom units to accommodate Habitat families. The units are about 840 square feet to 1,100 square feet, with a market value in the ballpark of $1,100 per square foot.

Another two buildings further east, in Regent Park, will have a condo each for a Habitat homeowner. The Daniels Corporation, which has partnered with the non-profit for more than two decades, designated a two-bedroom suite each in The Wyatt and DuEast Boutique for Habitat housing.

Although Habitat sells the homes to families at market value, to keep the homes affordable, Habitat structures the mortgage according to the family’s income each year.

“They get the strength and the stability that comes from a home that they actually own and [limited] equity” in place of rent, Ms. Underwood said.

Once a family decides to move on to a different home, they sell the unit back to Habitat and the organization re-sells it to another low-income family. “We are structuring this home ownership model […] so that those units always remain affordable,” she said.

For Daniels Corporation, the partnership is as much about building affordable housing as it is about awareness. The builder has invited Habitat for Humanity representatives as well as the partner family to the viewing day of their model homes to speak to buyers.

“We went so far as to say when you buy in this community, Mr. and Mrs. Homeowner, you’re actually giving us as a developer the opportunity to provide space and provide affordable housing for Habitat,” Don Pugh, vice president of the Daniels Corporation, said in an interview.

He added there’s a responsibility on homebuyers to support projects that bring affordable housing to the community. “If I don’t sell a house as a developer, I can’t afford to give anything away,” Mr. Pugh said. “Once we get everybody to embrace that, then we’re sending a very clear message about community and social responsibility.”

Habitat’s current projects with other developers include Garrison Point in Liberty Village, which will have 25 Habitat units, and 159SW near Cabbagetown, with eight units, among others.

“It’s unfortunate that 23 years that we’ve been in a relationship with Habitat, that the need for affordable housing in our city has not only … not diminished, it’s grown,” he said. 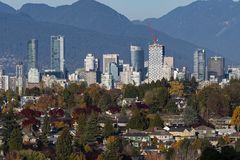 One in three Toronto condos are investor-owned Subscriber content
July 2, 2019 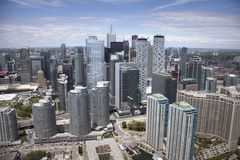 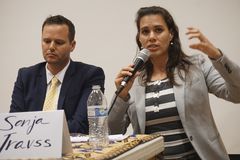