Even though this was the first heritage home that Graham Loughton and Cynthia Zamaria had ever bought, it wasn’t unfamiliar to the couple. Mr. Loughton had grown up in Port Dover, Ont., and remembers the home on a quiet street as one of the nicest in town.

Not long after they bought the property in 2017, the family knew everything there was to know about the old Georgian style house. Ms. Zamaria does design work and was obsessed with older homes and the estate fed into Mr. Loughton’s love of history and antiques. They took it on as a unique renovation challenge.

Mr. Loughton’s research found that the house was built in 1857, 10 years before Confederation. It was built by Frederick Millar and family, Scottish immigrants who came to North America with almost nothing. Mr. Millar went on to found the community of New Dundee, Ont., which still has a street named Frederick in his honour.

“It’s a bit of a rags-to-riches story,” Mr. Loughton said. The Millars purchase of lot and built what appears to have been a small farm. By the early 1900s it had become a vacation home for a brigadier-general from Alabama.

“We were really taken by the space – the ceilings, the rooms. There’s tons of natural light [from] huge old windows,” Mr. Loughton said. “It was begging for someone to resuscitate it and that’s really what we did.”

“We believe homes have souls, so it needed to have a family and people running around, and dogs and parties,” Ms. Zamaria said. “I think the house chose us.”

But the house had more stories to tell once the renovations started. While renovating an old coach house on the property, they found an old shoe in the wall. Mr. Loughton said it was once thought that leaving a woman’s shoe in the cavity of a wall brought good luck and fertility to the home owners. They’ve kept the shoe on display.

Even as the renovations continued, old homeowners returned to see the changes. To their surprise, they found that the house must have once been a popular site for weddings and receptions – 12 people showed up at their door with wedding pictures taken in dining room and their own memories to share of the house.

Two years of renovations have resulted in many changes to the property, though heritage elements, such as the large windows and 11-foot ceilings, were carefully maintained.

“We wanted to respect the character and the originality of … all the historic features,” Mrs. Zamaria said. “At the same time we wanted to make it bright, light, modern and a family-friendly home – how it was intended to be in the first place.”

The roofing, kitchen, electrical wiring and bathrooms all got major upgrades.

The kitchen fireplace showed the passage of time, with burn marks all around, but they were careful to keep the scars. Ripping up the floors, they found the original floorboards – deeply rutted from the passage of innumerable feet – but intact.

The biggest alteration has been to change the former galley kitchen into more of a family gathering space.

The old kitchen space became a mud room, and the living room, which took up nearly half the main floor, was transformed into a family kitchen-dining room with open-brick walls.

A massive 10-foot-by-5-foot island with a maple butcher-block top is the centrepiece of the renovated kitchen. One Christmas, the island even stood in for a stage as family members gathered round to sing carols.

The back of the house actually used to be the front of the house, because it faces Silver Lake where a road once ran. The private yard is about an acre in size.

From the kitchen, you can access the terrace, built to make the most of the lake views. The garden measures 70 feet by 30 feet with a fountain, which once stood at the front of the house, at its centre.

Original pine floors, exposed brick, high ceilings with crown mouldings – the things you can’t get in everyday houses are a big part of what the family enjoys. The heritage makes walking into this house more magical than other homes.

“We’ve lived in a lot of urban homes," Mr. Loughton said. "Just coming here and having the space inside the house – I can feel the air moving through the house, because the terrace faces the west so it gets that beautiful breeze coming off the lake.”

“And of course the belvedere,” Ms. Zamaria says. The rooftop structure, an open-sided viewing gallery – beautiful, but too small to be a functional room – is nonetheless a cherished feature. Ms. Zamaria sees its purpose as “purely to bring joy.”

Mr. Loughton said their attention to detail while renovating has paid dividends. “You absolutely have to sweat the details," he said. “And you think that moving something half this way or that way won’t make a difference. It does make a difference.”

Home of the Week: A historic Hamilton home, repurposed as a doctor’s office Subscriber content
Asking: $1,299,000 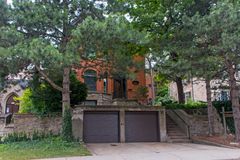 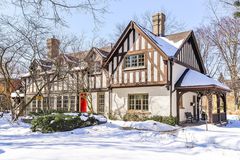 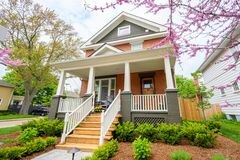 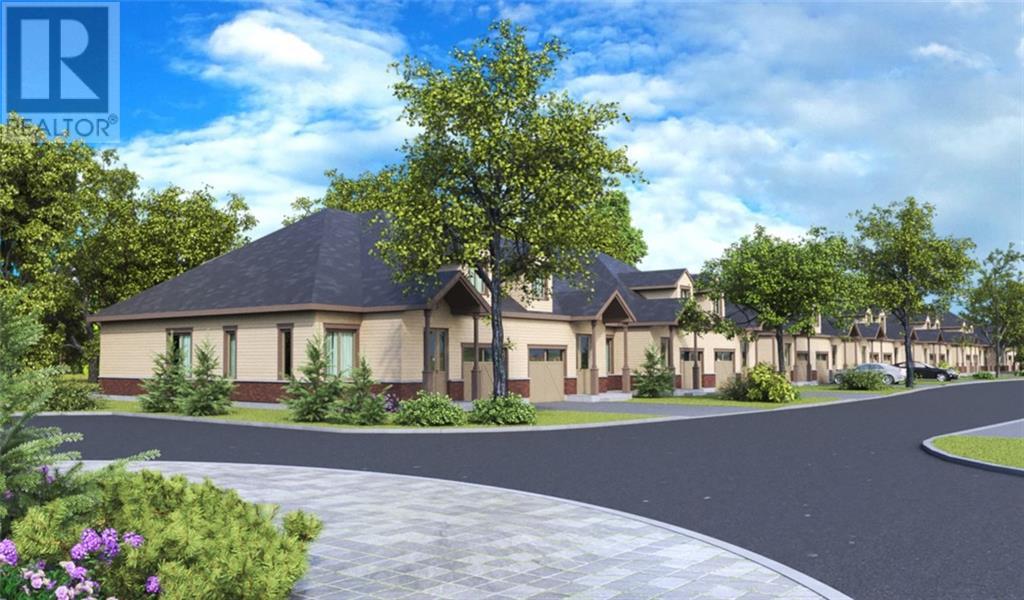 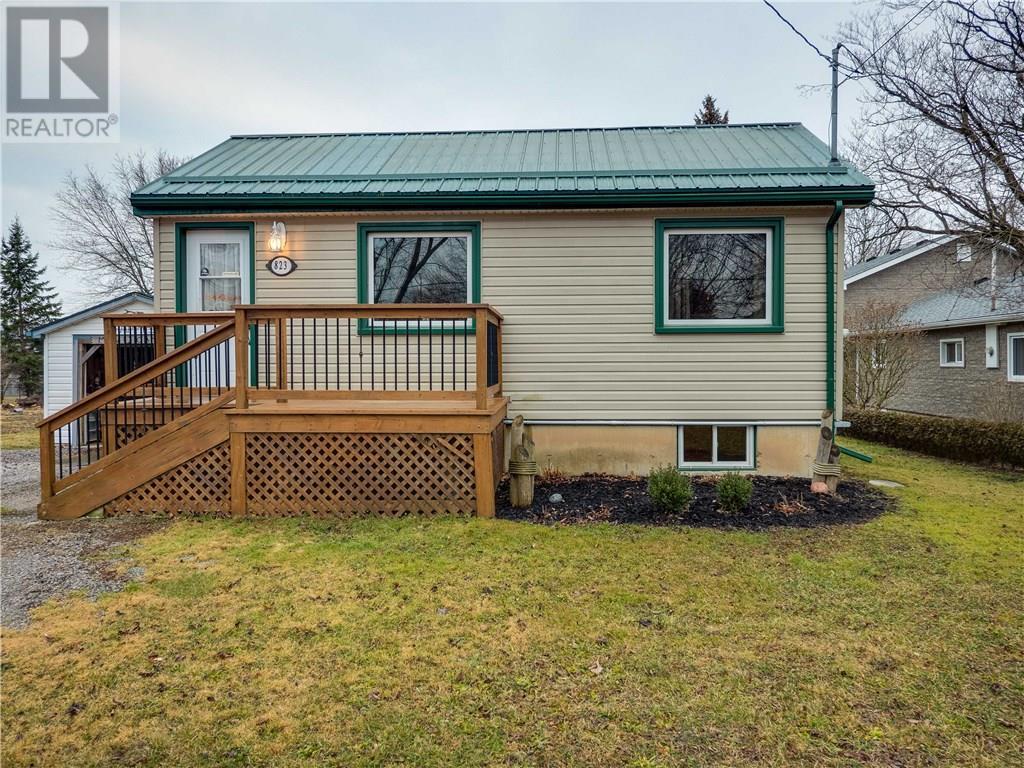 449000.00
823 MAIN Street, Port Dover, Ontario
ROYAL LEPAGE BROWN REALTY BROKERAGE
Bedrooms
2
Bathrooms
1
Building Type
Freehold
Property Type
Single Family
Main Street Port Dover Home! This is your chance to buy on Main Street Port Dover, just a short walk to downtown shopping, the beach, the public school and public library, and the arena and community center is just around the corner. You'll love this cute kitchen with central island, oak cabinets, and a sliding door to the rear deck. The natural gas line leading to the deck means BBQ's all summer long. The large living room with it's wide picture window facing the street will give you a perfect view of the annual July 1st Parade and prime seats for Friday the 13th! The basement recreation room and bedroom needs a few more finishing touches, but the welcoming warmth of the wood stove promises warm winter nights. Did I mention the detached garage with the wood stove and easy access to the summer Tiki bar out back? You've got to see this one to believe it. Call today for your own private showing! (id:31729)
Listing ID 30798589
Salesperson PETER BUTLER
Brokerage ROYAL LEPAGE BROWN REALTY BROKERAGE
View on realtor.ca
Open this photo in gallery: 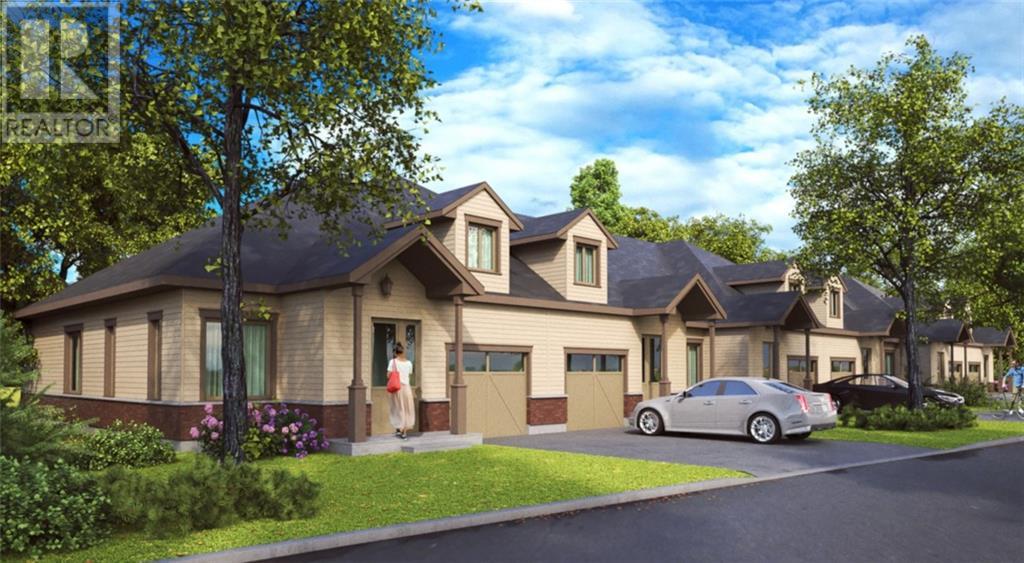 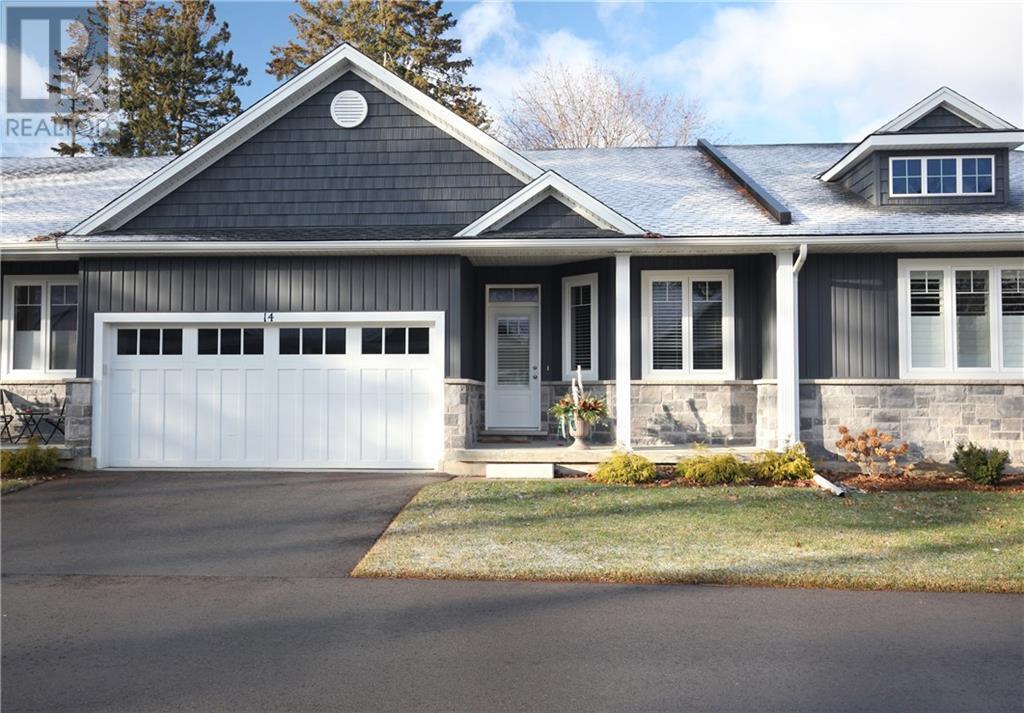 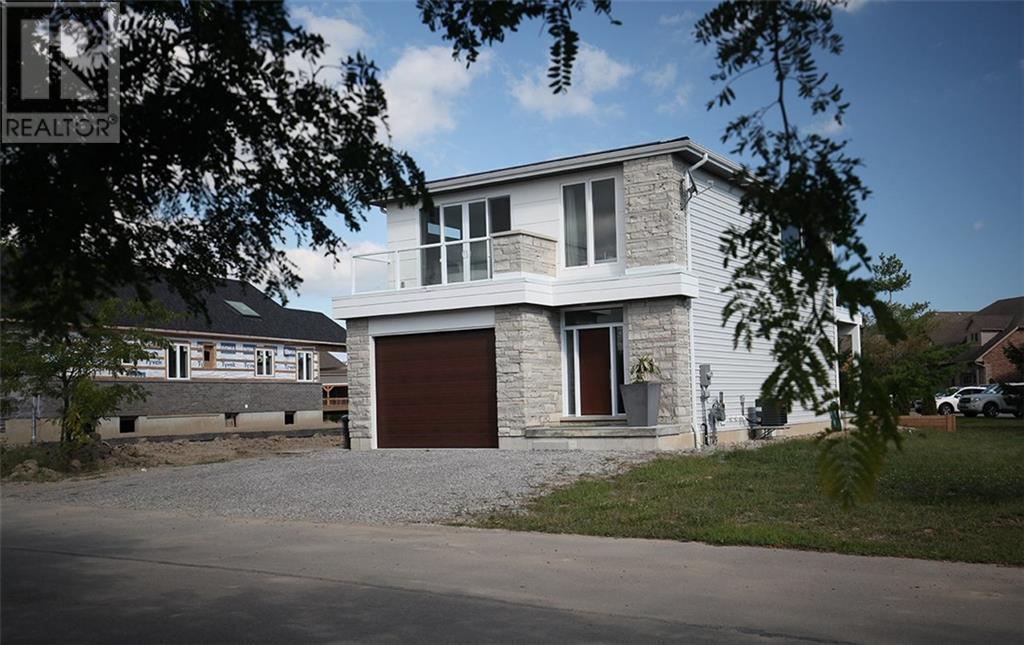 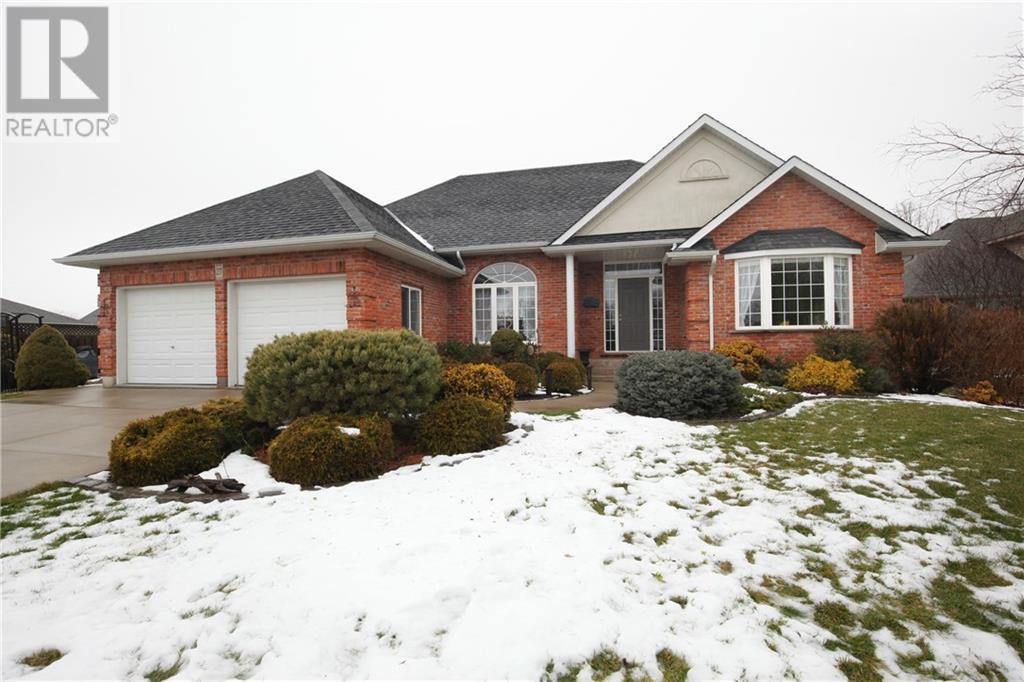 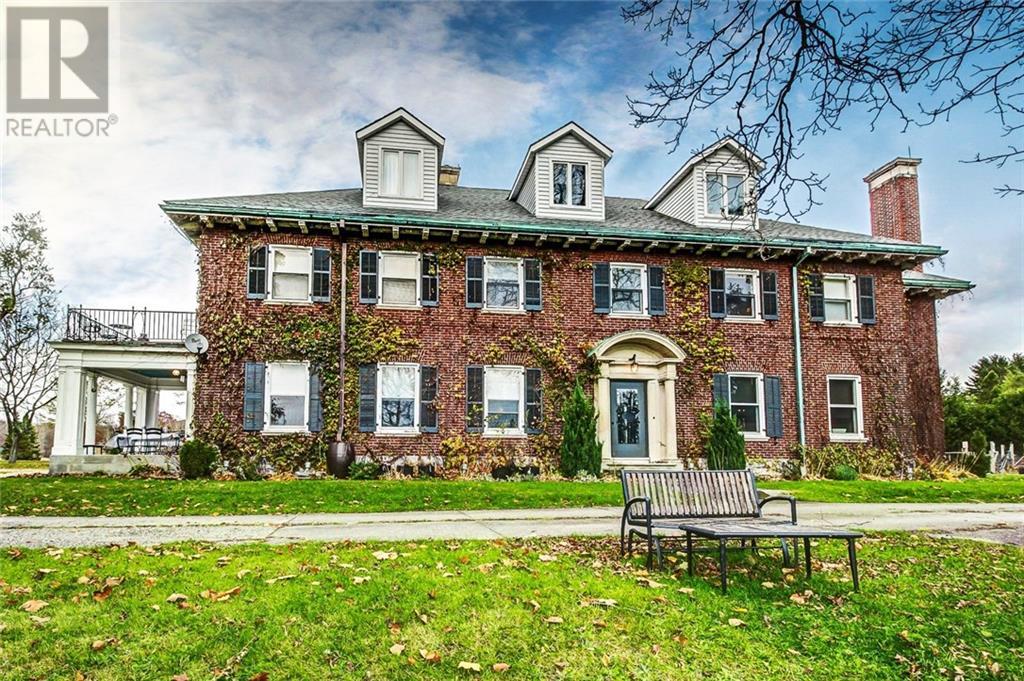 2700000.00
150 Prospect Street, Port Dover, Ontario
Sutton Team Realty Inc.
Bedrooms
12
Bathrooms
7
Building Type
Freehold
Property Type
Single Family
The majestic, iconic Clonmel Castle is now offered for sale. A once in a lifetime opportunity to own a property that defies description. Built in 1929, Clonmel is rich in history and lore of hidden treasure, secret staircases, the War of 1812 and endless stories from thousands of delighted travellers in awe of the grandiose of this beloved Norfolk gem. Inch by inch this surreal offering has been lovingly restored by the current owner to its original glory. This property is host to 12 bedrooms, 7 bathrooms, 3 kitchens. Each floor presents spacious gathering rooms with stunning architecture and grand fireplaces detailed as magnificent works of art. From the Porte-Cochere drive, through to the ethereal melodies of the integral pipe organ in the Casa Blanca room, this property excites and surprises at every turn. Four floors artistically revived, each room 5 star detailed in opulence and complete elegance. Modern commercial kitchen, loft apartment, security system and barn with concrete root cellar are a just few of the long list of impressive features. The Castle sits atop Prospect Hill overlooking a 3 acre property surrounded by a historic stone mastered wall once built for sheep pastures in the mid 1900's fashioned after Irish design. Turn key business for the entrepreneur. For your initial visit enjoy the virtual tour (VR enabled) by clicking on the multimedia icon. Call today to book your private tour of the one and only Clonmel Castle. Showing strictly by appointment only. (id:31729)
Listing ID 30793106
Salesperson CC Alexander
Brokerage Sutton Team Realty Inc.
View on realtor.ca
Open this photo in gallery: 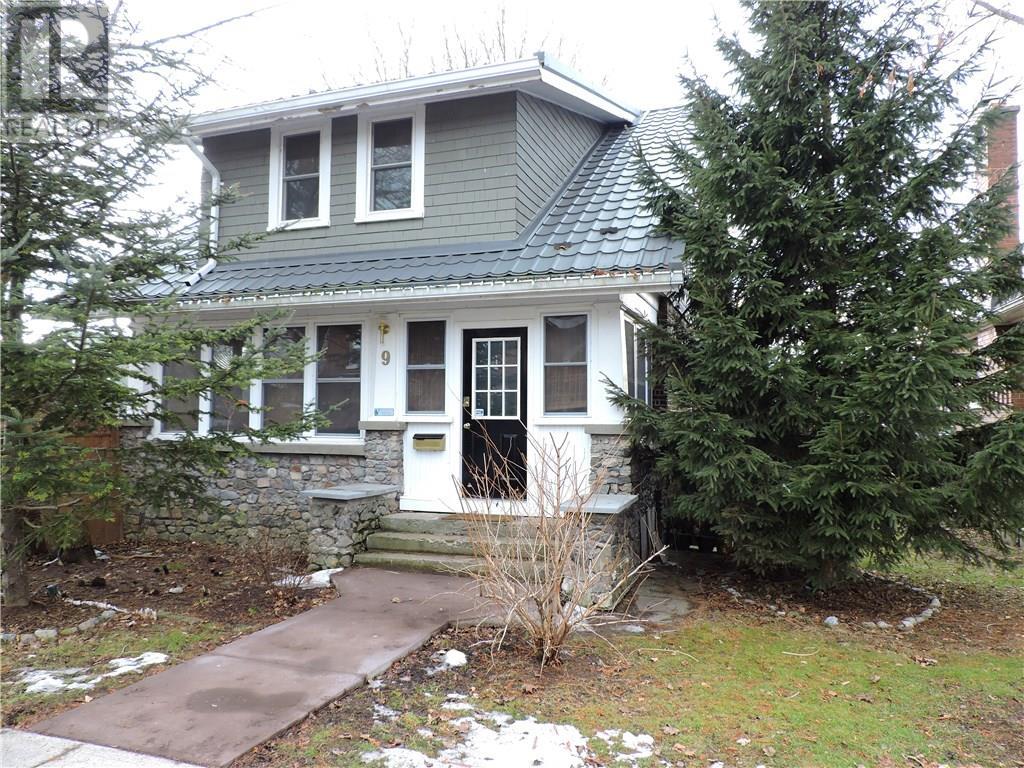 489900.00
9 Drayton Street, Port Dover, Ontario
ROYAL LEPAGE BROWN REALTY BROKERAGE
Bedrooms
4
Bathrooms
2
Building Type
Freehold
Property Type
Single Family
This unique 2 storey home is located in the heart of Port Dover. The home's rustic charm and original features are pleasantly complimented by modern details. From the front entrance you are greeted by a warm and inviting sunroom offering plenty of space for reading, morning coffee and enjoying the views. From the sunroom enter to a comfortable foyer leading to the main floor. A gracious kitchen with hardwood throughout with easy access to the dining room and a 4 piece bathroom. The bright dining room is open to the living room providing ample space for entertaining and relaxing. Upstairs are three bedrooms, an office (or den) and an updated bathroom - check out the gorgeous claw foot tub! The original chestnut trim up here is beautiful! Downstairs is a full basement for storage and laundry. A sizable side yard is perfect for outdoor entertaining, fully fenced for a safe place for children and pets to play. Enjoy extra storage or keep your car dry with the detached garage! Truly a beautiful piece of property with character in a prime location. Just a quick walk to the beach or shopping! Call today for your personal viewing! (id:31729)
Listing ID 30795379
Salesperson BILL CULVER
Brokerage ROYAL LEPAGE BROWN REALTY BROKERAGE
View on realtor.ca
Open this photo in gallery: 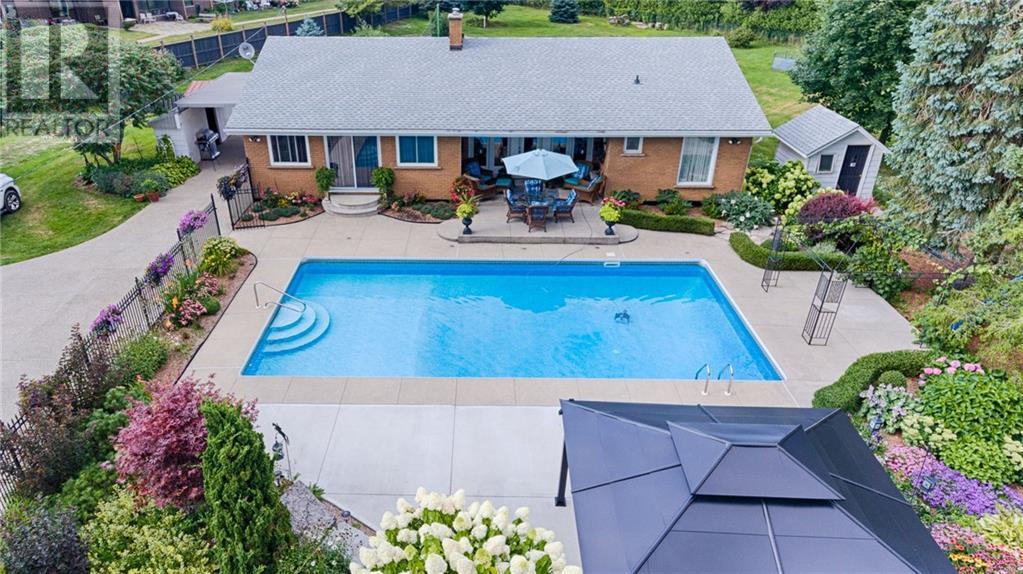 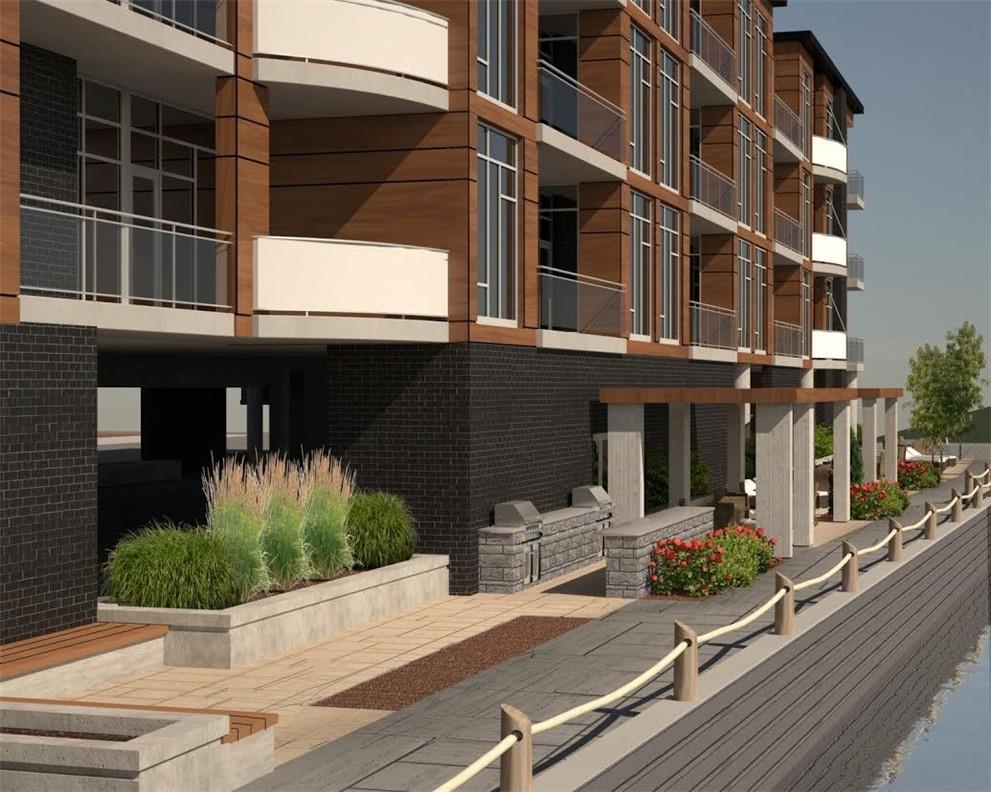