Blair Robertson will always remember when his dream home slipped through his hands.

He and his family were visiting their hometown, Kingston, Ont., and were thinking about buying their first home when they came across 151 Earl St. It was one half of a grand old limestone building with a mansard roof and three bays of windows, located along one of the town’s historic downtown streets.

“It’s the quintessential Kingston limestone home,” Mr. Robertson said. “We always dreamed of having an old limestone house and this was it.”

Listed at just more than $1-million in 2006, they put in a bid. But there was already as conditional offer. But about a few years later, they got another chance.

By that time, the Robertsons had moved back to Kingston and were living at a family farm, when they contacted their agent, Ann Barbour – who had been the listing agent at 151 Earl St. in 2006 – about looking for a home that could compare to the one that got away.

And much to their surprise, when Ms. Barbour took them to see a potential home, it turned out to be 151 Earl St., which was not yet on the market, but the owners were looking to sell.

“We were thrilled to ultimately buy it,” Mr. Robertson said.

Part of the allure for the Robertsons was the home’s history. Built in 1873, the house was originally intended for a Irish family who were local merchants. The Frontenac Heritage Foundation believes the original architect was Joseph Power, a Kingston architect who built many of the classic homes in the area. By the 1930s and 40s though, 151 Earl St. was no longer a single-family home and was being used as a boarding house. Some time after that, Graham George – the founder of the Kingston Symphony – owned the home for many decades. And a few owners after that, the Robertsons moved in.

After nearly 140 years, the home was aesthetically in good shape, Mr. Robertson said. But he recognized it needed some restoration. So they decided to bring back the majesty of the home while adding some new modern conveniences that would suit their family. The work started within the first year of their ownership and finished the day before they listed the property.

“He took it right back and made it a very strong home,” Ms. Barbour said when describing Mr. Roberston’s dedication to the home.

The bulk of the time was spent on the detail-oriented craftsmanship of restoring the limestone exterior.

“We had scaffolding up for two or three years,” Mr. Robertson said, explaining how the stone masons he hired took apart the walls, put steel beams in place and then reassembled it, complete with new pointing.

“We also fully restored all of the roof; we had heritage carpenters reconstruct all of the soffit work; we put new flat roofs down; we installed copper eavestroughs because that was what was originally there; we had the chimney redone and recapped,” Mr. Robertson said as he ran through a long list of structural fixes.

Inside the home, they jacked up the basement and replaced all of the rotten support beams, at the same time installing new mechanical elements, such as the boiler and furnace.

“We feel very committed to the history of the city,” Mr. Robertson said, “and we thought [this restoration] should be done in the right way ... it was a passion project.”

When it was all done, the house had a renewed façade outside and almost 6,000 square feet of renovated space inside, including five bedrooms, four bathrooms, a library, a home theatre, a workout room and an open-concept family room and kitchen.

One of the more modern elements of their renovation is the top floor, which features three of the bedrooms and a bathroom, as well as a LEGO station, complete with sorting drawers and circular reading nooks built into the walls (all of which was designed by Mr. Robertson’s wife).

“What they’ve done for the children’s oasis on the third floor is just amazing,” Ms. Barbour said.

Another area that has been transformed is the backyard. The Robertsons redid the existing deck and added a seven-person hot tub that is beneath an ivy-covered pergola.

All of their work won the Robertsons and the construction teams they hired, Gooseberry Construction and Enoch’s Hammer Inc., a Certificate of Commendation from the Frontenac Heritage Foundation in 2016.

Putting a price on this kind of a restoration is a hard task, Ms. Barbour said, adding that comparable historic homes aren’t actually all that comparable.

The Kingston market as a whole is a seller’s market right now, partially driven by a lack of inventory, Ms. Barbour said. In April of this year, there were only 620 new residential listings, which was a drop of 16.7 per cent year-over-year and was the lowest level of April supply since 2004, according to the Kingston and Area Real Estate Association.

“We are having an influx of Greater Toronto Area buyers, who are seeing Kingston as a great place to live,” Ms. Barbour said. “In part because we have lower costs for housing, great amenities and a stable local economy.”

She does acknowledge that at close to $2-million, the listing price is very high for the Kingston market, “But they have that money - and then some! - in it,” Ms. Barbour said.

“Often, when you buy a historical home, there is so much to do to it that your money flows right out of your pocket,” she said. “However, they have done all of the work.”

Mr. Robertson hopes that the next owners are people who will appreciate the character of this heritage home.

“It’s not that we want to leave this place - that couldn’t be farther from the truth,” he said, explaining why they are selling. “It’s just that we have the restoration bug now.” 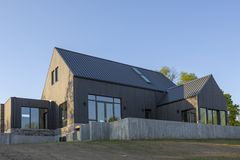 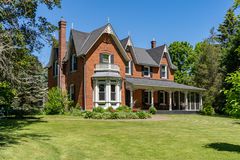 Victorian home in Prince Edward County is proof that every house has a story
Asking: $1,695,000 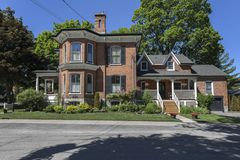 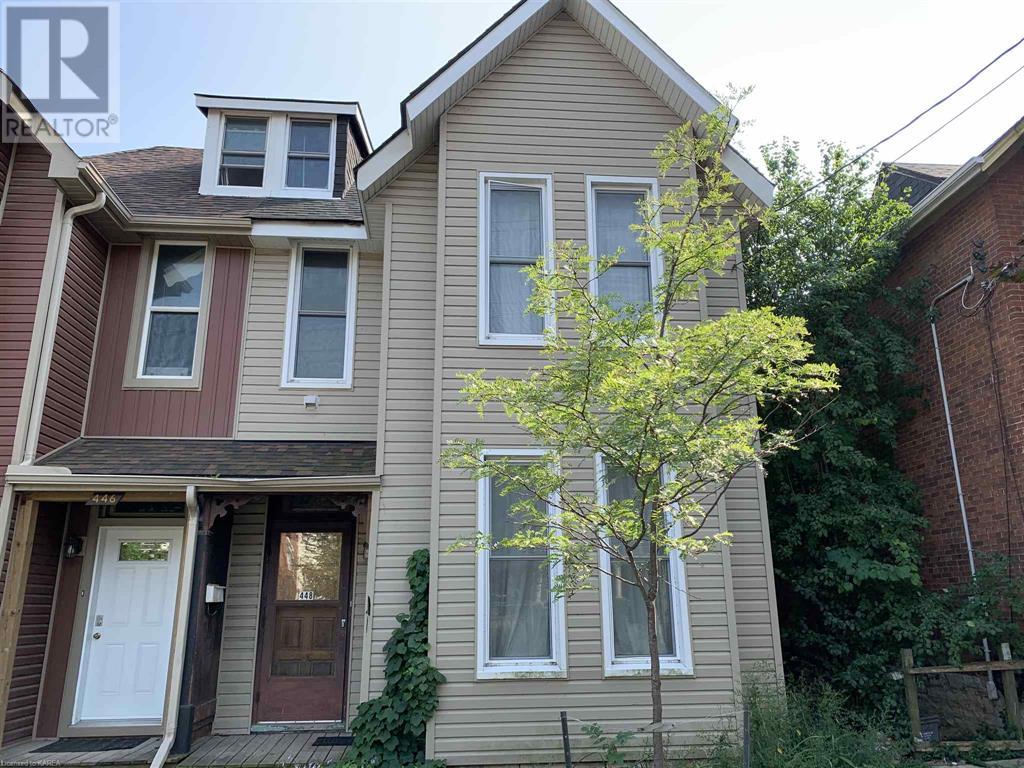 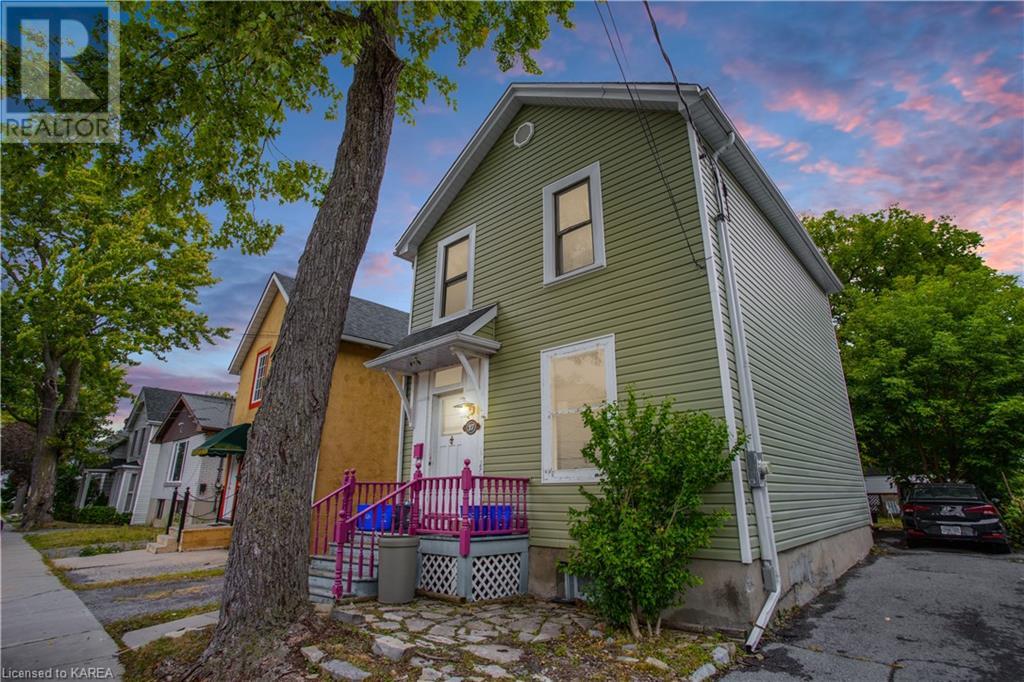 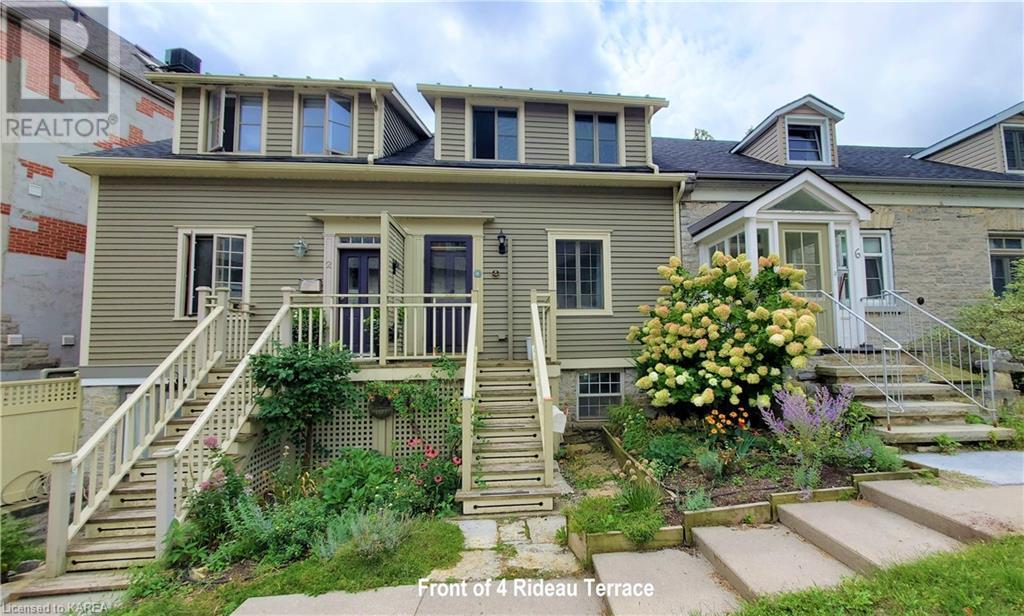 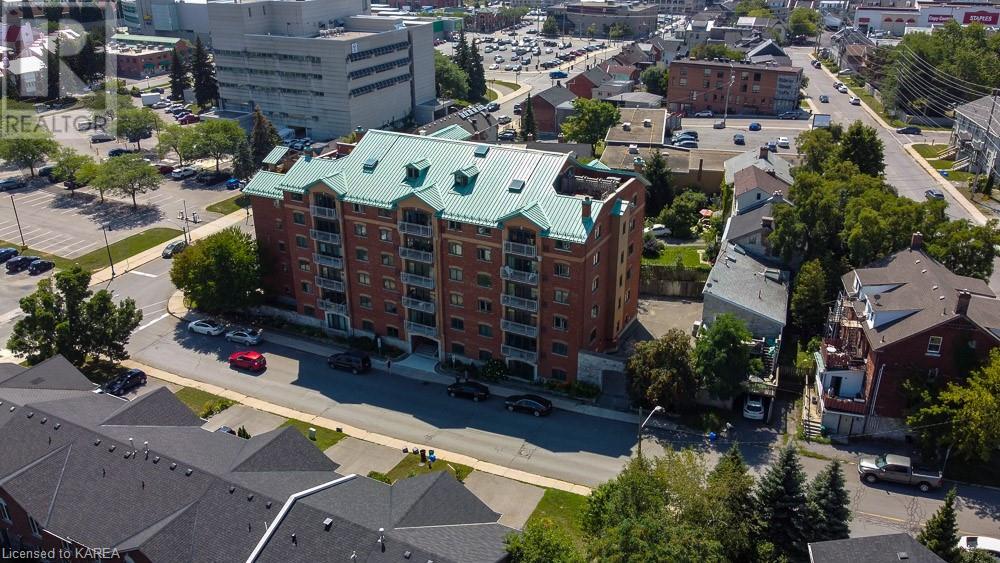 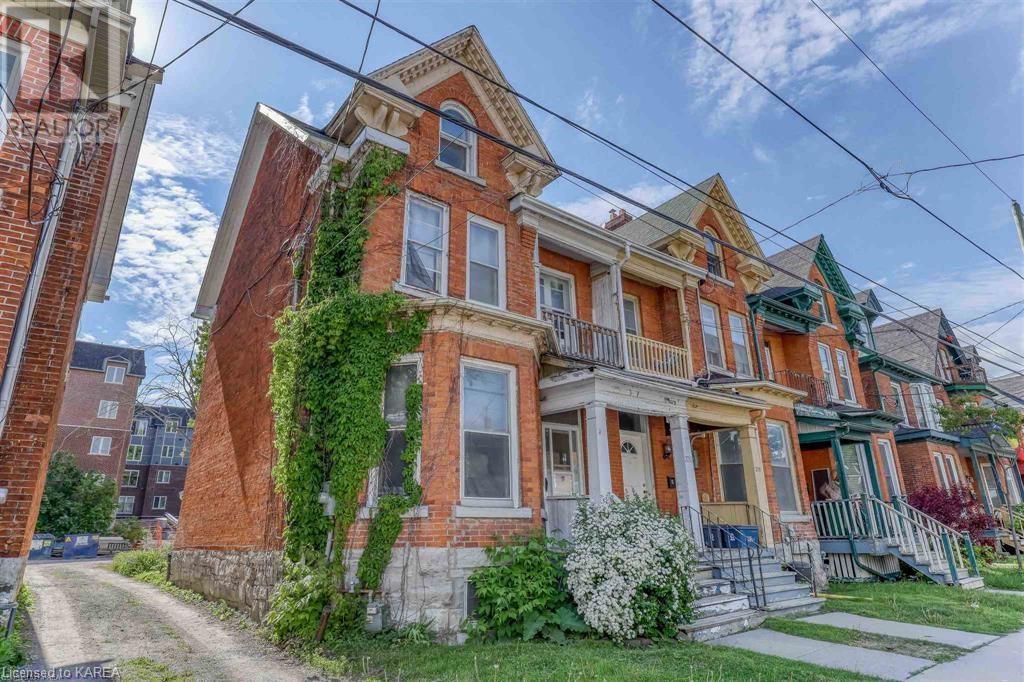 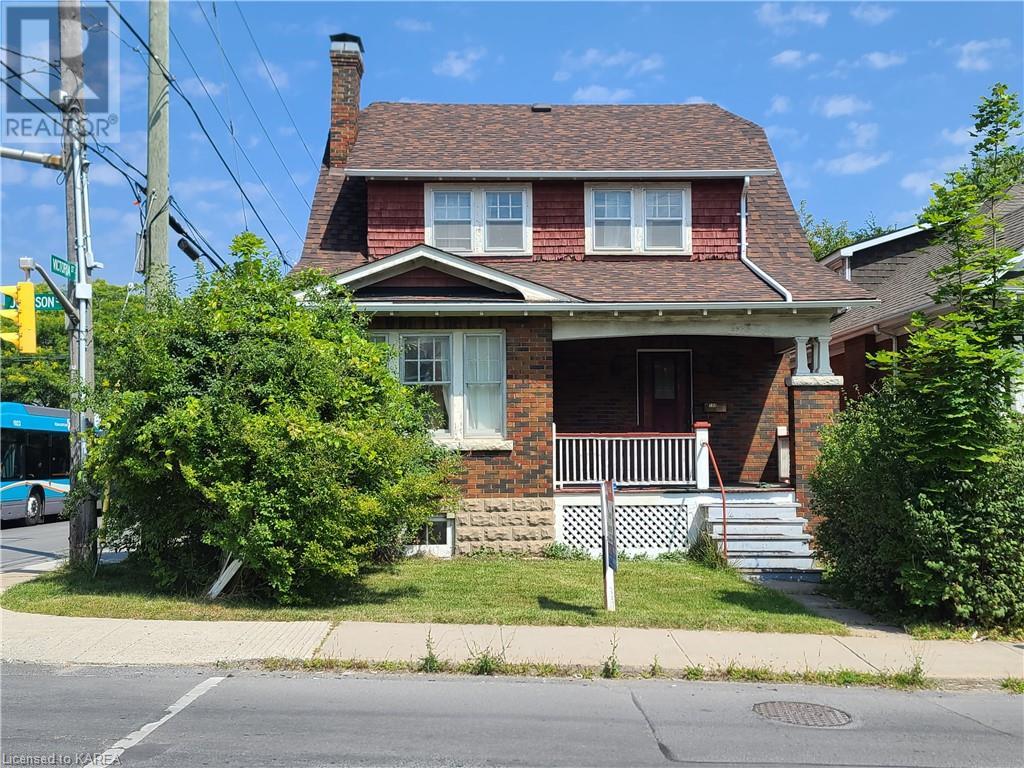 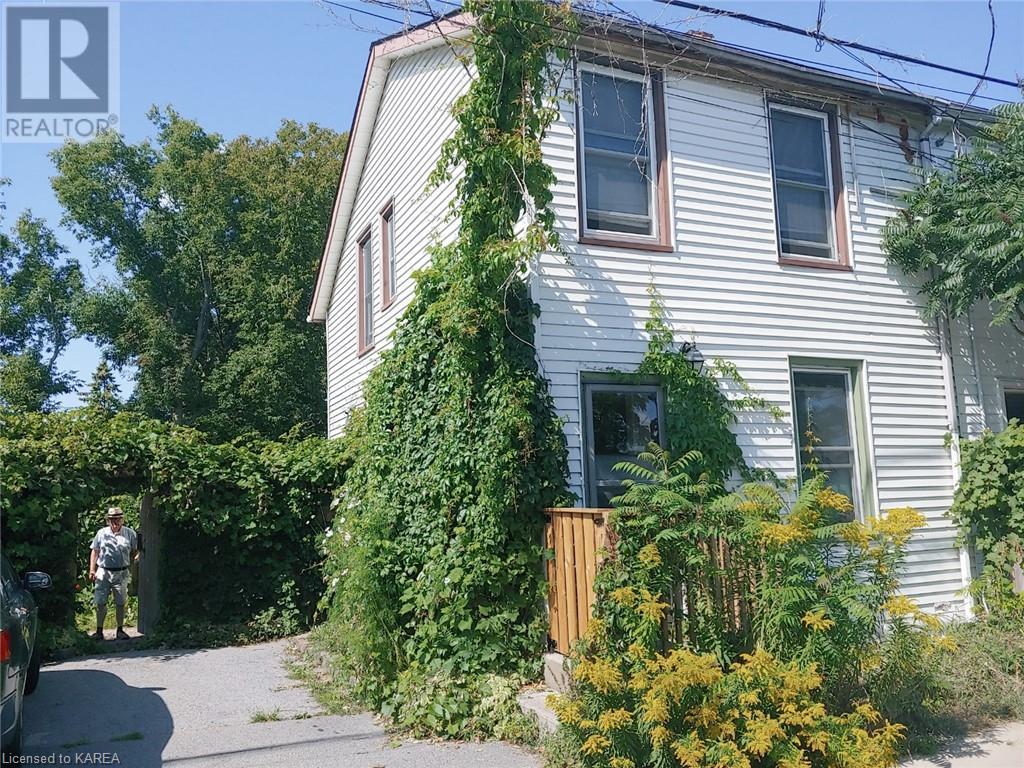 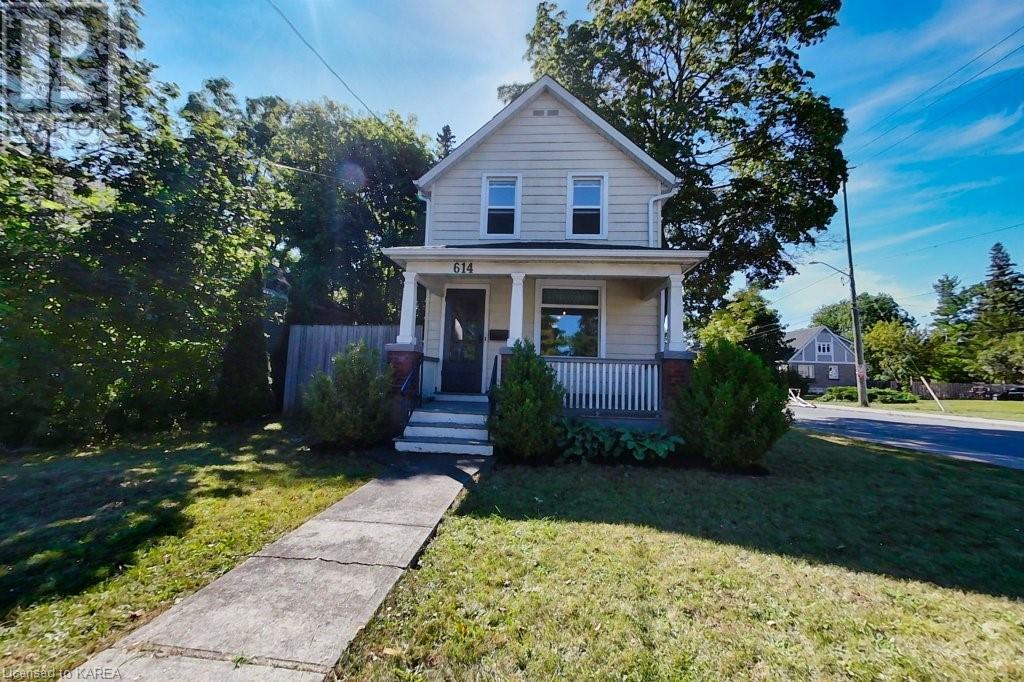 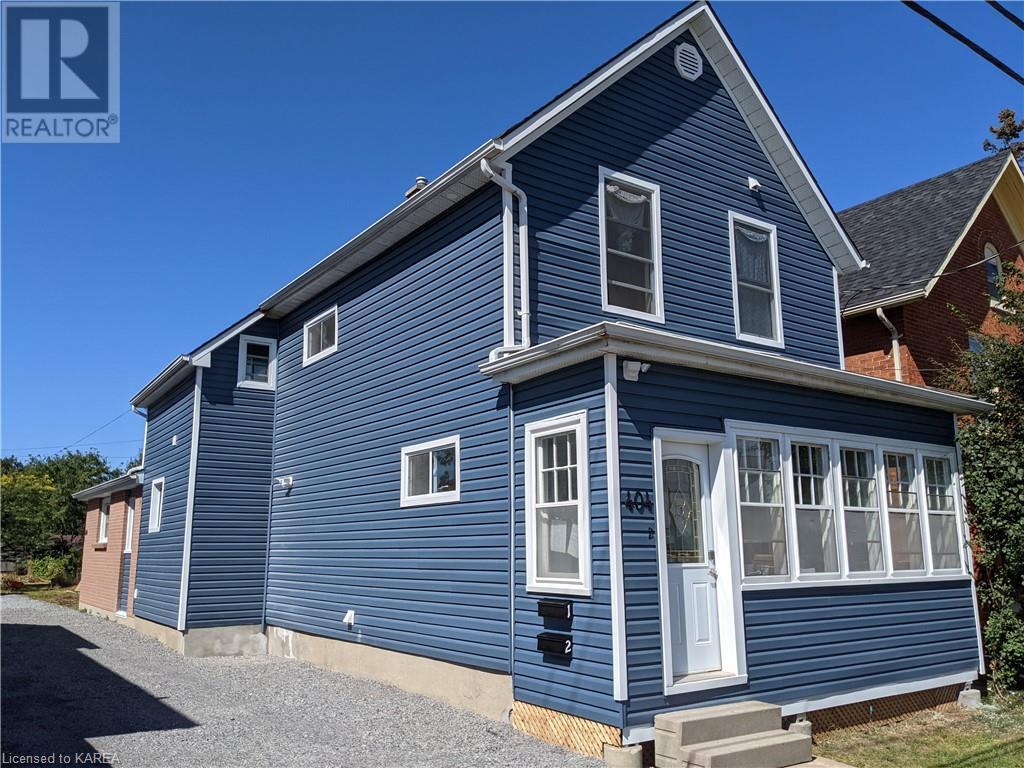 499900.00
404 MONTREAL Street, Kingston, Ontario
SUTTON GROUP-MASTERS REALTY INC., BROKERAGE
Bedrooms
4
Bathrooms
2
Building Type
Freehold
Property Type
Single Family
Are you looking for a completely turn-key rental property? Come check out the new and improved 404 Montreal Street Duplex in Downtown Kingston. As soon as you arrive, you will be amazed at the premium 227ft deep lot and ample parking space. The property itself has been fully renovated and includes two separately wired 2 Bedroom, 1 Bathroom units and two sets of appliances. Features include new vinyl siding, several windows replaced, reinforced structure, significantly increased insulation, new electrical, plumbing and hydronic heating. Most recent work includes fresh paint throughout, new flooring, kitchen cabinets and bathroom fixtures. See MLS documents for the full list of updates. This is an ideal investment opportunity in a convenient location. Less than 5 minutes from shopping and restaurants, 5 minutes to the 401, has public transit directly out front and is across the street from Catons Soccer fields, the Kingston Boxing Club and Megaffin Park. Come check it out before its gone! (id:31729)
Listing ID 40164673
Salesperson KIM PURCELL
Brokerage SUTTON GROUP-MASTERS REALTY INC., BROKERAGE
View on realtor.ca
Open this photo in gallery: 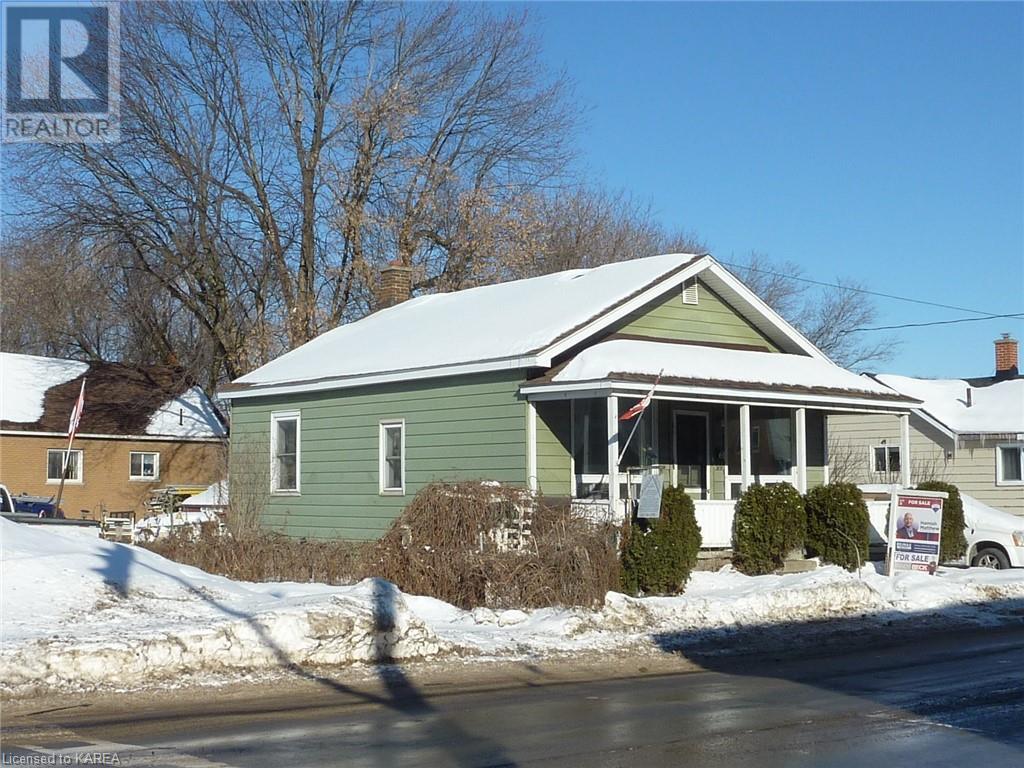 500000.00
61 CONCESSION Street, Kingston, Ontario
RE/MAX FINEST REALTY INC., BROKERAGE
Bedrooms
3
Bathrooms
1
Building Type
Freehold
Property Type
Single Family
Ripe for redevelopment the corner of Concession and Alfred Street is zoned for multi-family use and a perfect location for just that. The residence foot print is small at only 18 % coverage therefore relatively in expensive to remove and take advantage of the allowed higher density footprint. 70 % or 2,835 sq. feet to be specific. There are many other uses that are permitted without zoning change such as private school, daycare, small church or public hall. Flexible closing - short or long closing is acceptable. (id:31729)
Listing ID 40165943
Salesperson RANDY BECK
Brokerage RE/MAX FINEST REALTY INC., BROKERAGE
View on realtor.ca