In 1929, Leigh McCarthy was a prosperous Toronto businessman who set out to build a country estate on the edge of a sloping hillside overlooking the Don Valley.

The architectural firm of Langley and Howland designed the 30-room stone mansion and the property was christened “Oakley.”

Mr. McCarthy, born in 1878, held positions at Royal Bank of Canada and Hiram-Walker-Gooderham and Worts Ltd., among other companies. At his death in 1959, he was vice-president of Manufacturer’s Life Insurance Co.

In 1949, the property on Old Yonge Street was sold to the Roman Catholic Archdiocese of Toronto. For many years it was home to Cardinal James McGuigan, who lived there until 1974.

The cardinal’s secretarial staff also lived in the home and four sisters of St. Martha took care of the housekeeping. The cardinal wrote his sermons and received visitors in a second-floor office.

The home had a grand reception hall, a main-floor library and an adjoining chapel.

The archives of the archdiocese contain a photograph of the Sisters of St. Joseph on the front steps of Oakley during a visit in 1947.

According to an in-depth 1960 profile in The Globe and Mail, Cardinal McGuigan spent many evenings hosting games of bridge at the house. Two of his confidantes and a guest usually made up the foursome.

During his tenure, neighbours dubbed Oakley “the cardinal’s palace.”

When the estate was carved up into residential lots, the newly created cul-de-sac was named Oakley Place and the original home became number 15.

City records from 1996 show the house was designated for its historical and architectural value under the Ontario Heritage Act.

The heritage report describes the 2 ½-storey house as a fine example of a domestic building constructed in the Tudor Revival style.

The researchers noted the fine materials of the exterior, which included yellow, grey and red variegated limestone, with copper eavestroughing and a cast-metal decorative crest on the west façade.

“Other significant features of Oakley include the Palladian-like stone gate at the rear of the building and Tudor-inspired arcade at the lower terrace. The Renaissance-inspired front entrance is considered to be the most important element on the exterior. Stylistically, it features a recessed entryway with round arch, keystone and radiating voussoirs. It also features flanking pilasters and a pedimented upper window with decorative supporting brackets.”

The report concludes that Oakley is not only a superb example of an early 20th-century residence in the Jacobethan style, but a reminder of the rise of the Canadian establishment responsible for building the local economy in the first half of the century.

Designer Julie Charbonneau became the latest conservator of Oakley when she purchased the house with six bedrooms and eight bathrooms in 2010.

As co-founder of Julie Charbonneau Design she launched her business in Old Montreal, but now the Toronto office has become the firm’s headquarters.

When she visited the home, Ms. Charbonneau saw immediately that the centre-hall plan and the gracious principal rooms were architecturally correct.

“To me that has great value,” she says. “New builds have enormous proportion mistakes.”

She also appreciated the nearly one acre of land and the semi-circular driveway leading from the street to the front entrance of the property near Yonge Street and York Mills Road.

Ms. Charbonneau says the 8,600-square-foot house was well cared for over the decades, but she wanted to modernize the interior while preserving the heritage details.

“The idea was to do New World/Old World and keep everything that was significantly interesting about this house,” she says.

In the reception hall, for example, the three years of restoration work included taking down all of the panelling, refinishing the wood and putting it back in place. Carpenters also refurbished the original staircase.

“This whole house was brought back to the stone walls,” she says.

She replaced the barrel ceiling and stained the oak a darker ebony.

“I really like the contrast and the drama between light and dark,” she says.

Throughout the house, Ms. Charbonneau preserved the original leaded glass windows and added a triple layer of exterior glass for better weatherproofing.

“Even if you try to reproduce them, it’s never quite the same, she says of newer windows. “It’s so sterile.”

The formal living room at the rear of the house has a fireplace with a marble surround.

In the formal dining room, she preserved the elaborate plaster moulding and the wood-burning fireplace.

Home of the Week: Yorkville condo comes with a helping hand

Home of the Week: An architect’s York Mills bungalow

Home of the Week: A house to get the creative juices flowing

Ms. Charbonneau points out that the living room and dining room overlook the swimming pool and gardens, while the kitchen has windows facing the street. In the era when the house was built, the kitchen was considered the domain of staff.

“In the 1920s, kitchens were really not important. It was better to enjoy the garden.”

Today the east-facing kitchen has been expanded to include a breakfast area for relaxed dining. Extra-large doors between the kitchen and dining room can be swung open for more light or closed for seclusion.

“The kitchen is very bright in the morning,” Ms. Charbonneau says.

The focal point is a handmade Lacanche range, imported from France.

“I try to put one in all of my kitchen designs,” Ms. Charbonneau says.

The cabinets were custom-stained to match the range. Ms. Charbonneau keeps the walls free of upper cabinets and shelves.

“I never design uppers. That’s a trademark of mine.”

Instead she has one wall of floor-to-ceiling cabinets with walnut interiors.

Ms. Charbonneau designed the island – faced in the imported tropical hardwood wenge – to appear as a cube in the middle of the room. The ultrathin countertop contributes to the sleek profile.

“It’s modern,” Ms. Charbonneau says of the countertop. “We went from super-thick to thin.”

Throughout the kitchen, she has tried to use materials that will appear timeless.

Upstairs, the entrance to the expansive master suite has an antechamber.

“It’s a buffer space between the everyone space and where I sleep,” she says.

The arrangement of the bedroom’s windows and doors made placement of a headboard difficult so Ms. Charbonneau had a stand-alone headboard made. The floor-to-ceiling divider also creates extra storage space.

The large bathroom is designed around a large photograph of the seaside in Sicily, Italy.

The back-painted glass wall in the shower, for example, picks up the colours of the art hanging on the opposite wall.

There’s a stand-alone bathtub in one corner, a vanity with double sinks and a separate water closet.

A separate dressing room has built-in closets, a centre island and space for lounging. In the makeup room above the sunroom, Ms. Charbonneau raised the ceiling and created a new window. Two existing windows were blocked on the interior but they remain in place so that the home’s exterior appears unchanged.

Downstairs, Ms. Charbonneau had the 2,700 square feet of the lower level excavated for an extra three feet of ceiling height.

The area includes a wine cellar with a tasting bar and a large media room with doors leading to the covered terrace overlooking the pool.

Ms. Charbonneau has a private home office above the 2 1/2 car garage. The space has a vaulted ceiling, a full bathroom and an area for a kitchenette.

Outside, the inground swimming pool measures 40 feet by 25 feet. It is surrounded by stone patios and terraced gardens.

Ms. Charbonneau says the library has become a favourite spot for her and her daughter to relax.

Home of the Week: A builder’s own house, with no corners cut
Subscriber content
Asking: $2,849,000 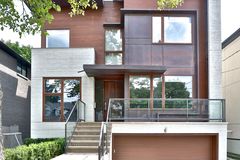 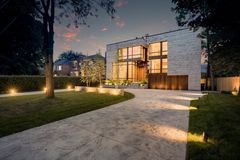 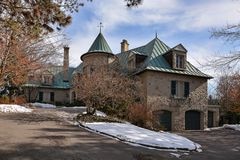 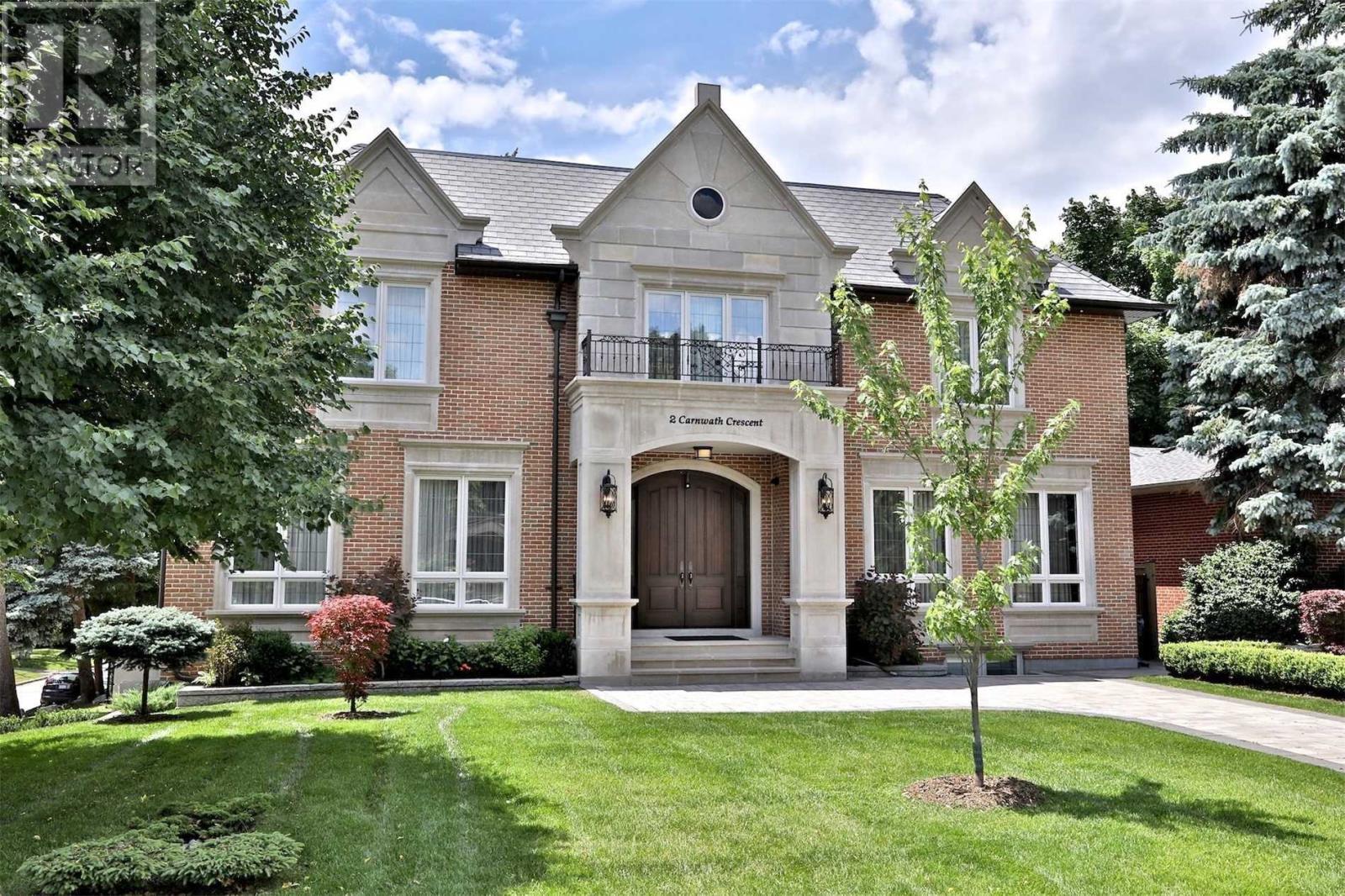 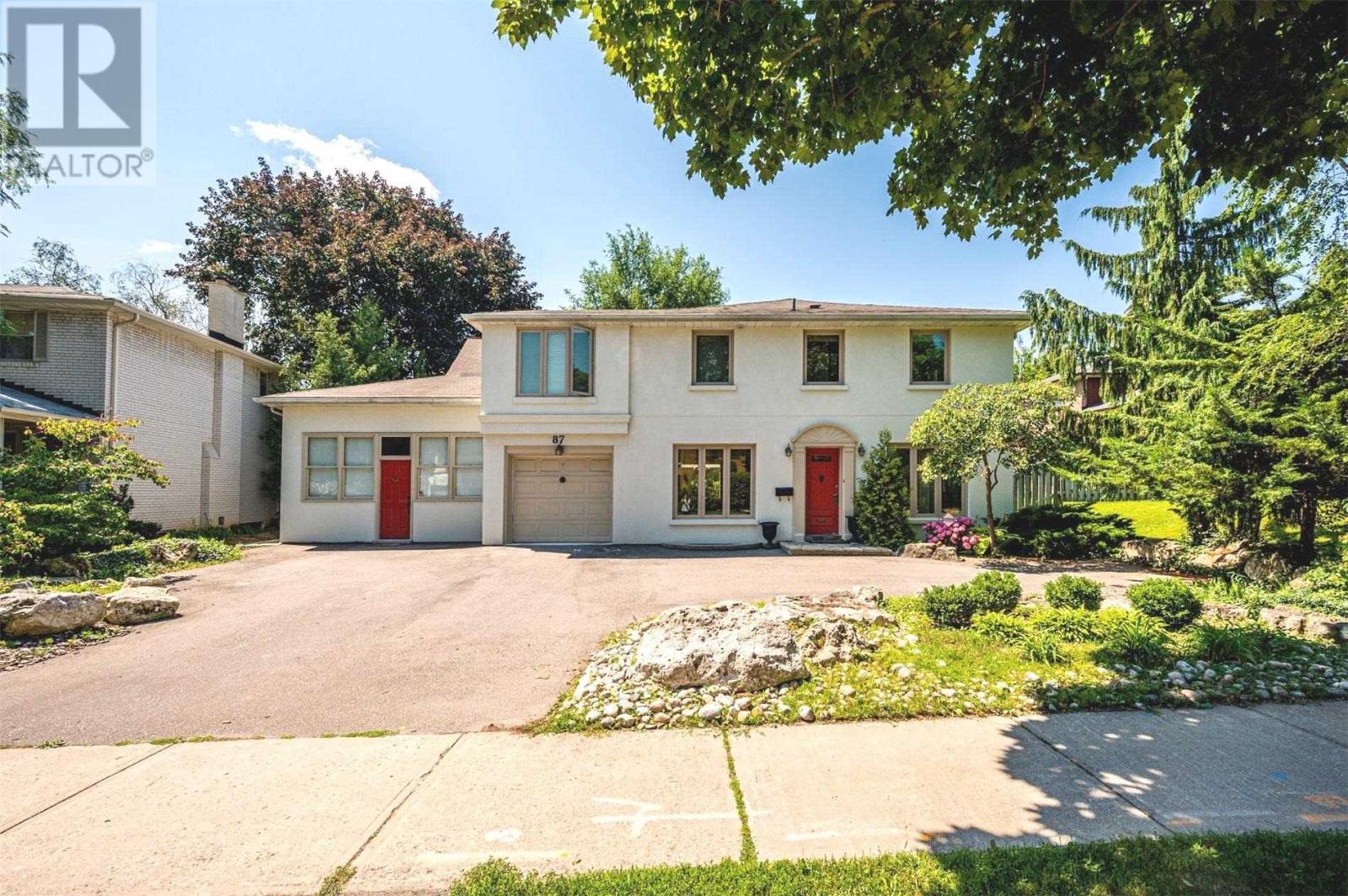 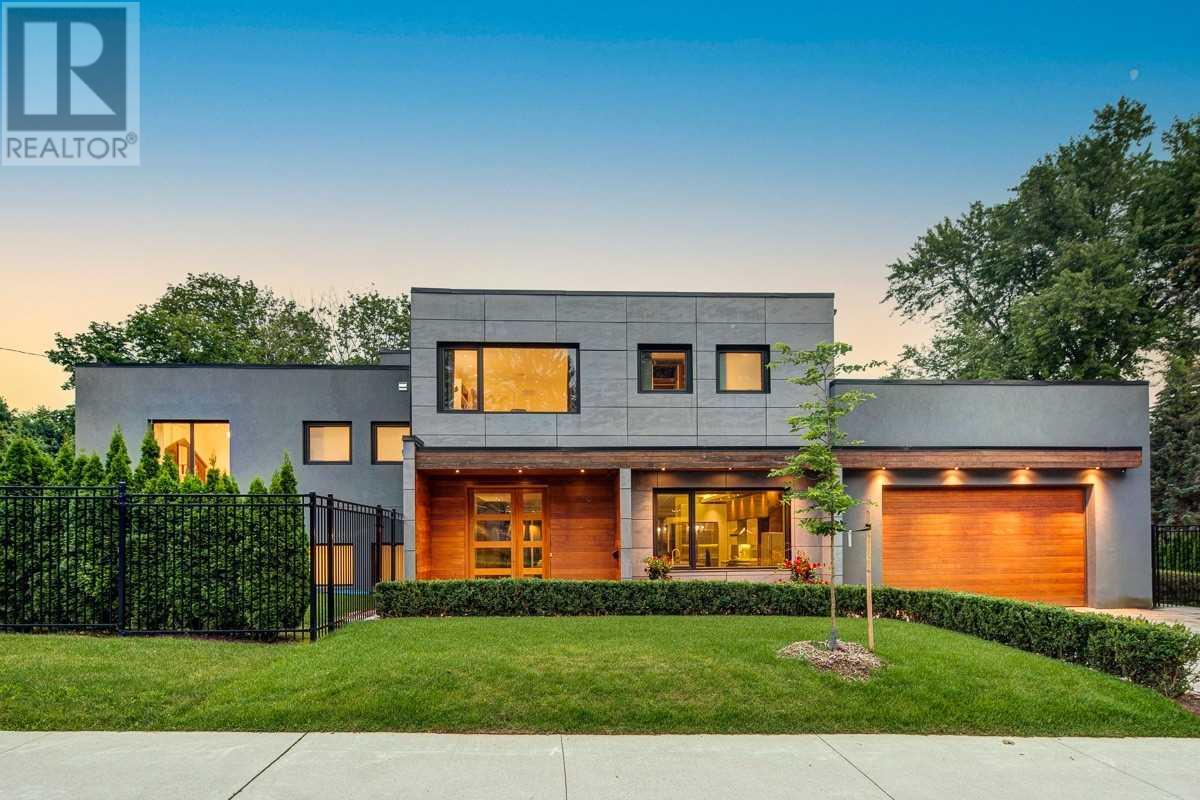 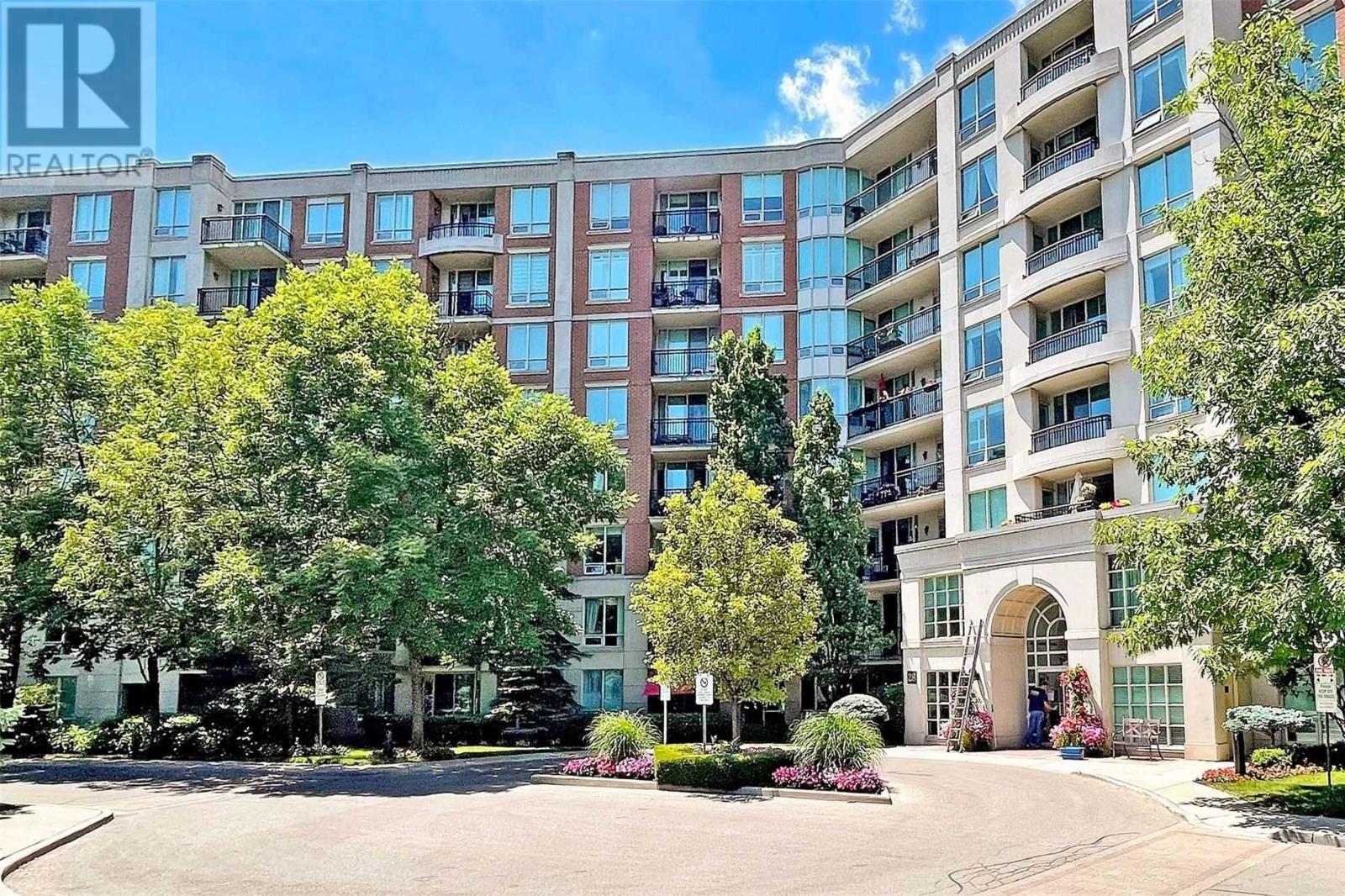 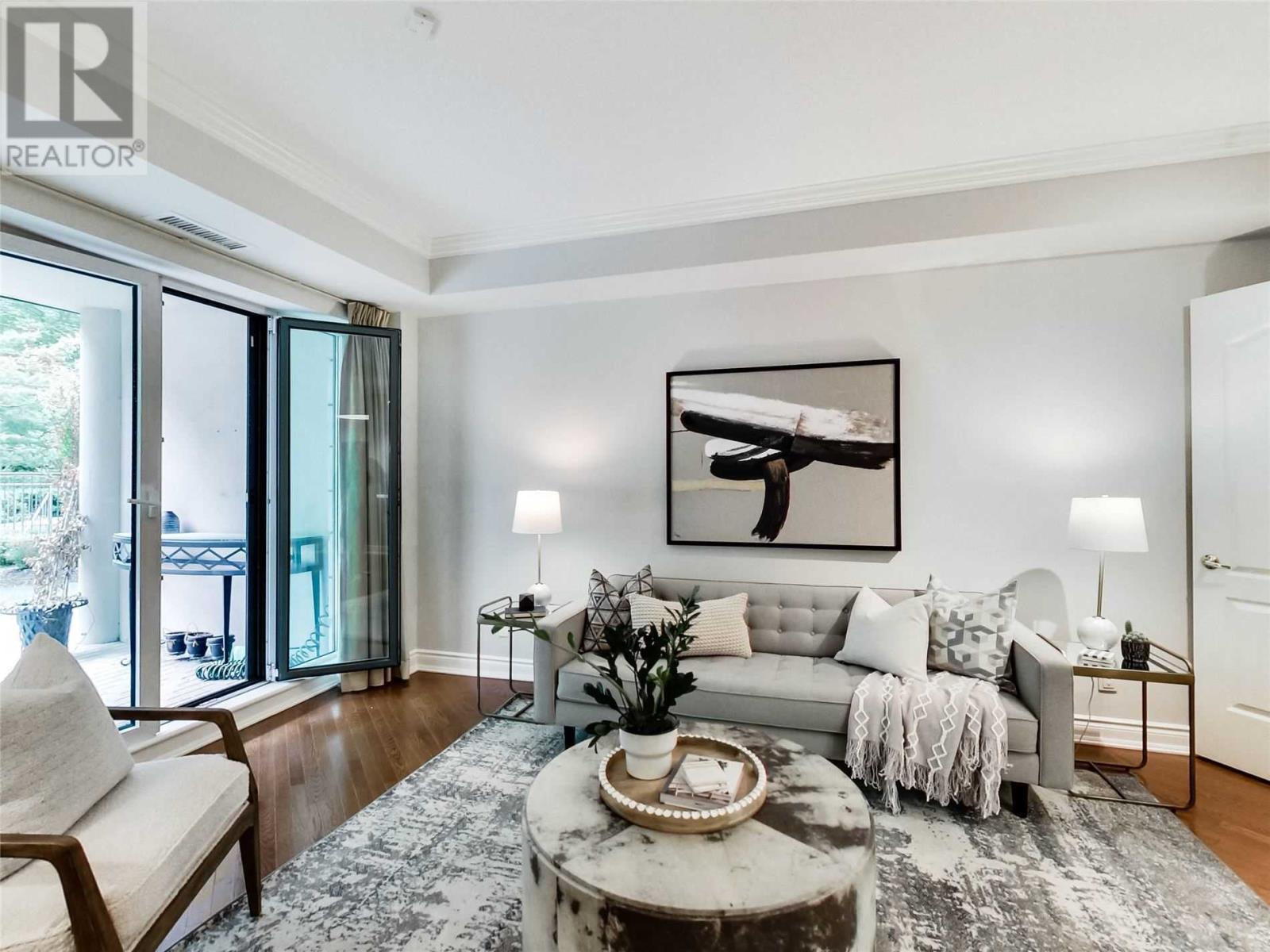 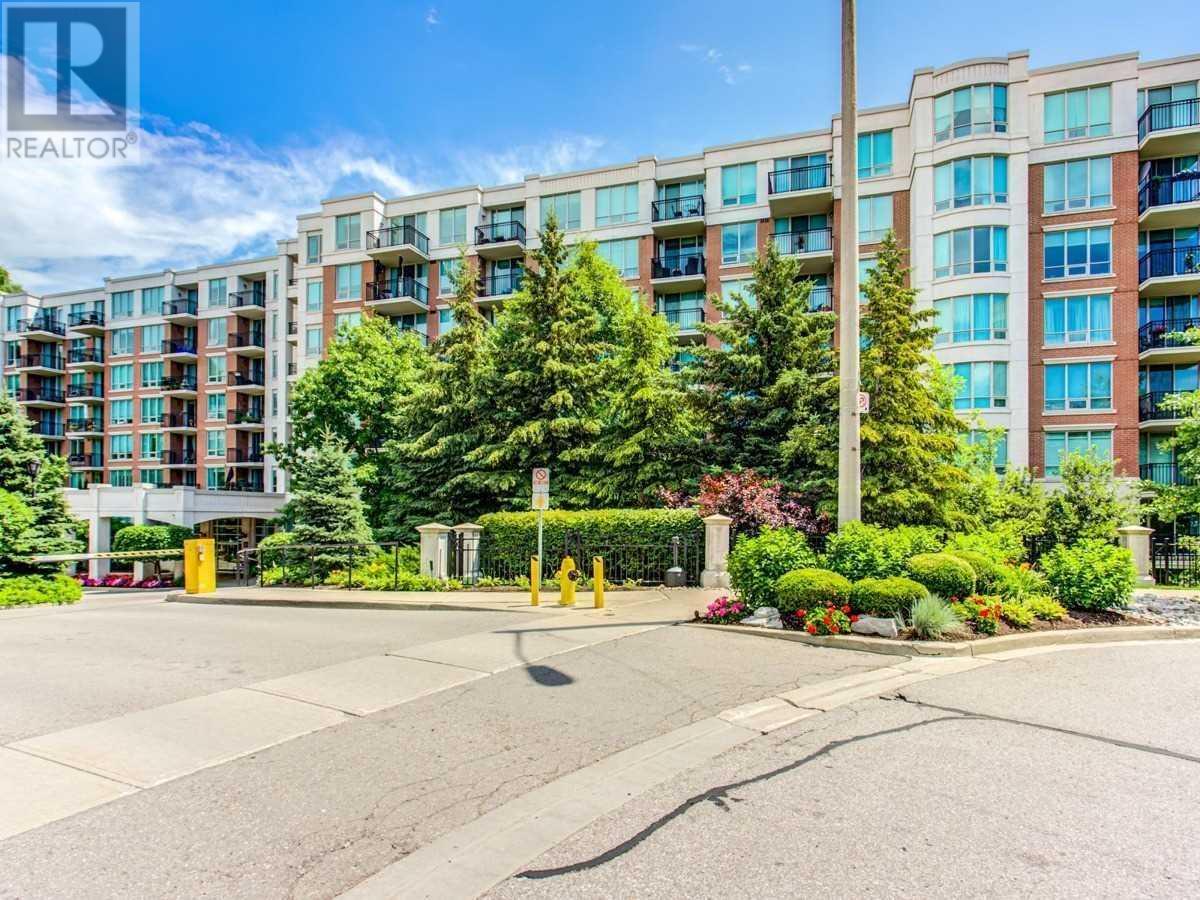 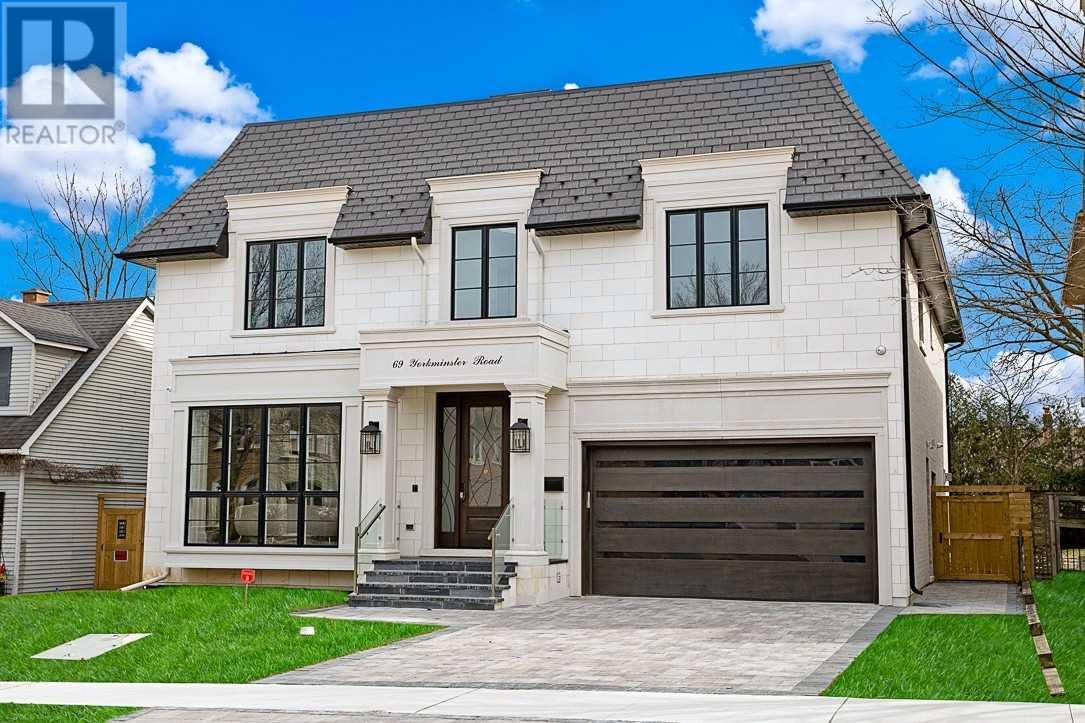 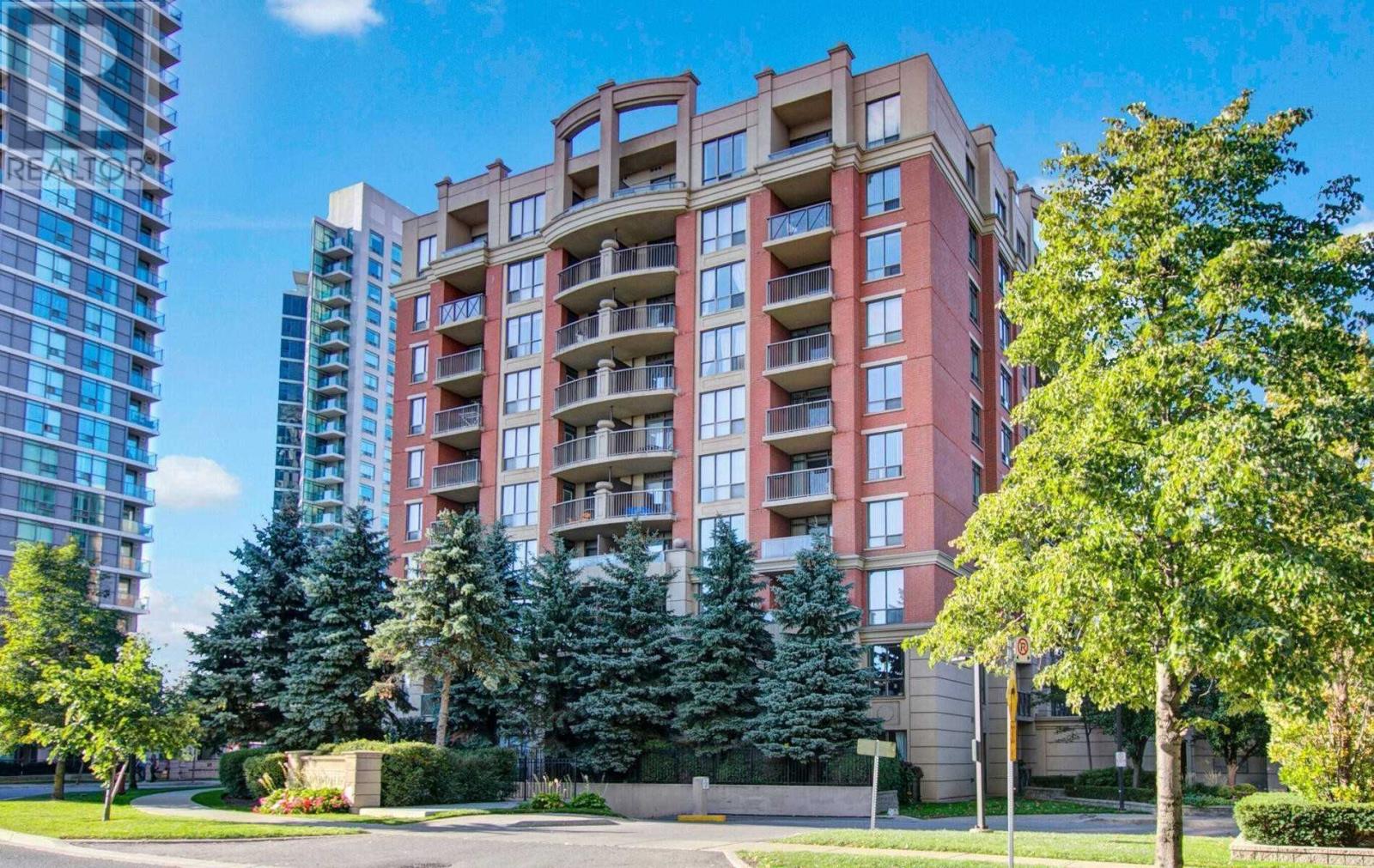 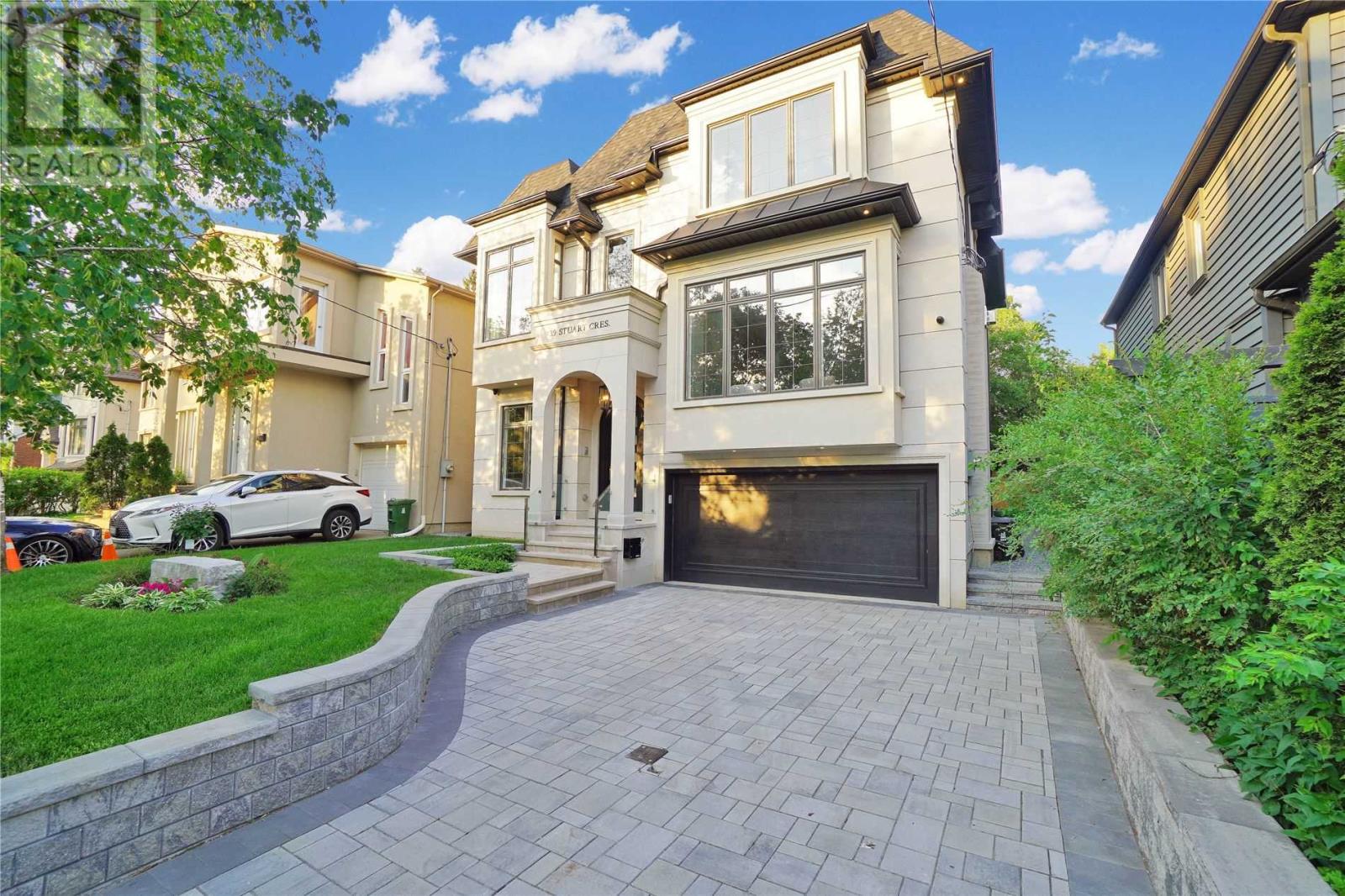 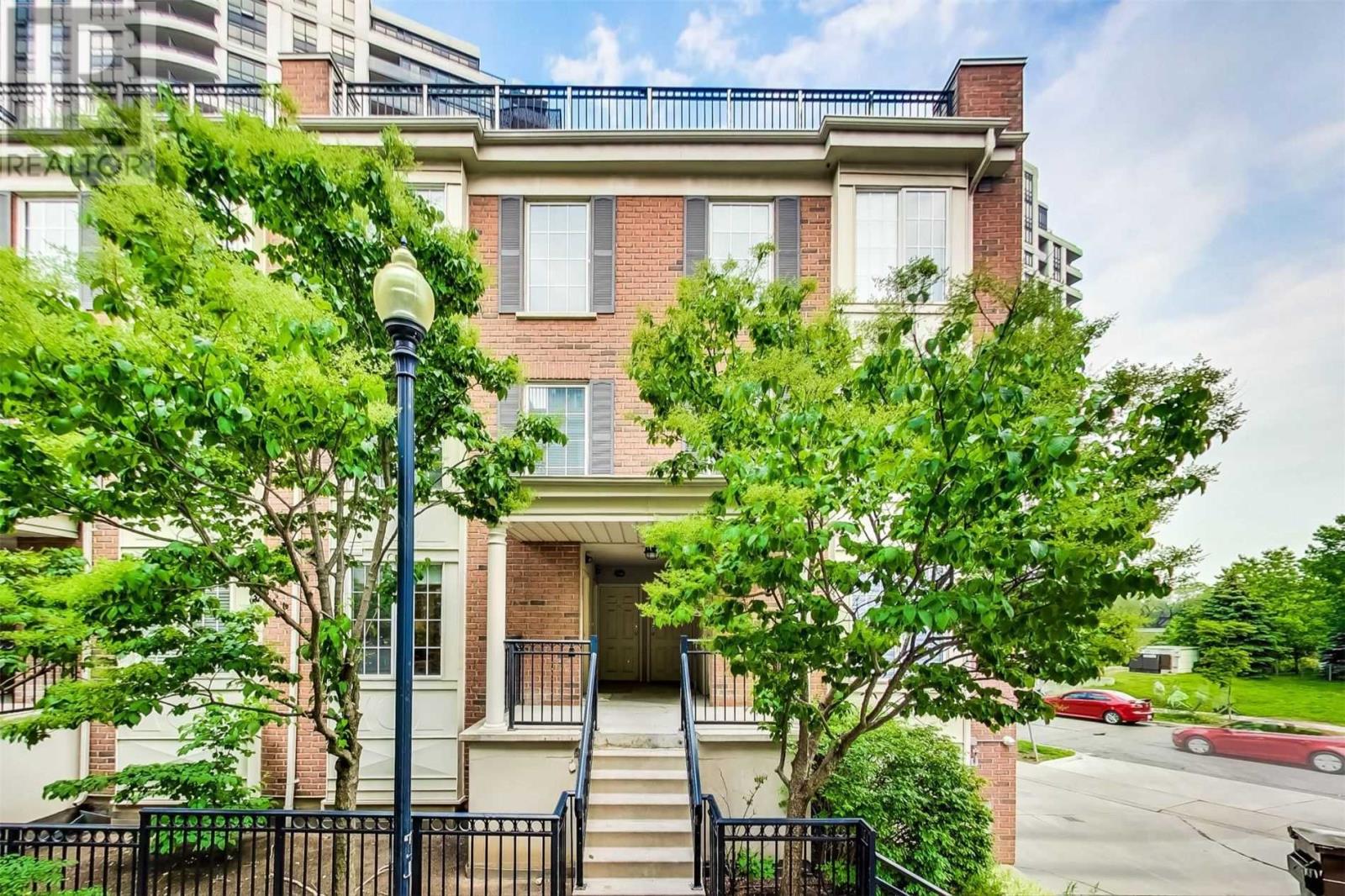