As soon as Elizabeth Hardinge stood in the master bedroom at 64 Russell Hill Rd. and looked out the window at a canopy of green, she called her husband at the office.

Maximilian Hardinge, who was working nearby at Avenue Road and Davenport Road, rushed out midday.

The couple soon placed an offer on the Tudor revival house backing onto a ravine in South Hill.

The central Toronto neighbourhood follows the line of the escarpment south of St. Clair Avenue West and west of Avenue Road. Many of the large, traditional houses date from the 1920s and 1930s.

For Mr. Hardinge, who was raised in Montreal, the gently sloping landscape reminds him a bit of the neighbourhood where he grew up.

The couple purchased the five-bedroom, five-bathroom house and moved in with their young twin boys in 2006.

Some updating had been undertaken by previous owners over the years, but the layout remained essentially the same.

“It was fairly original,” Mr. Hardinge says of much of the interior.

While the couple admired the traditional principal rooms, they knew that the old pipes and heating and plumbing systems would eventually need some updating.

For a few years, they concentrated on life with the twins.

But after getting to know the house and the movement of the light through the day, they decided to renovate in 2012.

For the Hardinges, the 3,845 square feet of interior space plus 1,126 square feet on the lower level provides plenty of room. They didn’t see the need for an addition to the existing three stories and they didn’t want to take anything away from the lush gardens outside.

“We kept within the same envelope,” Ms. Hardinge says. “We didn’t want to make the home too large.”

The couple had lived in London for a time and they admired the way designers were able to take a centuries-old home and give it a classic, contemporary feel.

“We wanted to honour the original architecture and have a transitional look between contemporary and traditional,” Ms. Hardinge says.

The couple updated all of the home’s electrical and plumbing systems and added sound proofing to provide some extra insulation against the raucousness that comes with young boys running around. They installed a gas-powered generator that kicks in automatically when power fails.

Today, guests arrive to a large foyer and a gracious original staircase.

“I didn’t have the heart to get rid of it because it’s gorgeous,” Ms. Hardinge says, so the couple had the curving banister and spindles refurbished.

The living room has a wood-burning fireplace and two sets of French doors leading to a side garden. The formal dining room has a bay window overlooking the street.

A family room at the rear of the house overlooks the terrace.

The modern kitchen, of Italian design, has a breakfast area with a curving wall of windows. A large island seats eight comfortably.

The idea was to keep the kitchen very modern, clean and open, according to the Hardinges, who like to invite guests into the room to chat while they entertain.

Throughout the home, walls are painted white and panelled in some areas. The classic palette lets the view outdoors and the art shine, Mr. Hardinge explains.

Upstairs, the second floor has a large master bedroom suite at the rear. There are his-and-hers closets and an ensuite bathroom with a stand-alone tub by the window.

The two other bedrooms on that floor were occupied by the boys when they were small. As teenagers, they moved up to the third floor, which has an additional two bedrooms.

“From any window, you get to see all of this green,” Mr. Hardinge says.

The garden starts at a wisteria-covered pergola over the dining area and descends three tiers to an expanse of table land below.

The Hardinges often sit outside for a drink in the evening. The terrace below has sun loungers and the one below that has an outdoor fireplace with a cozy sitting area.

The garden has a mix of perennials, shrubs and Japanese maples. The mature trees surrounding the yard also provide a screen from the neighbours.

“You don’t have a view of anyone,” Ms. Hardinge says. “We’ve planted to give ourselves privacy.”

At the rear, the property backs onto parkland and a forested walking trail that runs through the Nordheimer Ravine.

The couple says the property has at least 10 Magnolia trees in a variety of colours.

Mr. Hardinge, who tends the garden, says watching the trees come into bloom after a long and dreary winter is uplifting.

Ms. Hardinge adds that the songbirds that hang out in the surrounding trees are so plentiful that she set out to identify them.

One arrival Ms. Hardinge had never seen before was a striking blue bird.

“I actually had to get a bird book,” says Ms. Hardinge, who discovered the visitor was an indigo bunting.

Mr. Hardinge says the tranquility of the setting fills the entire house. 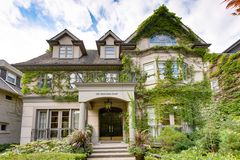 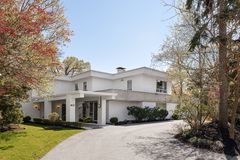 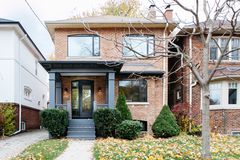 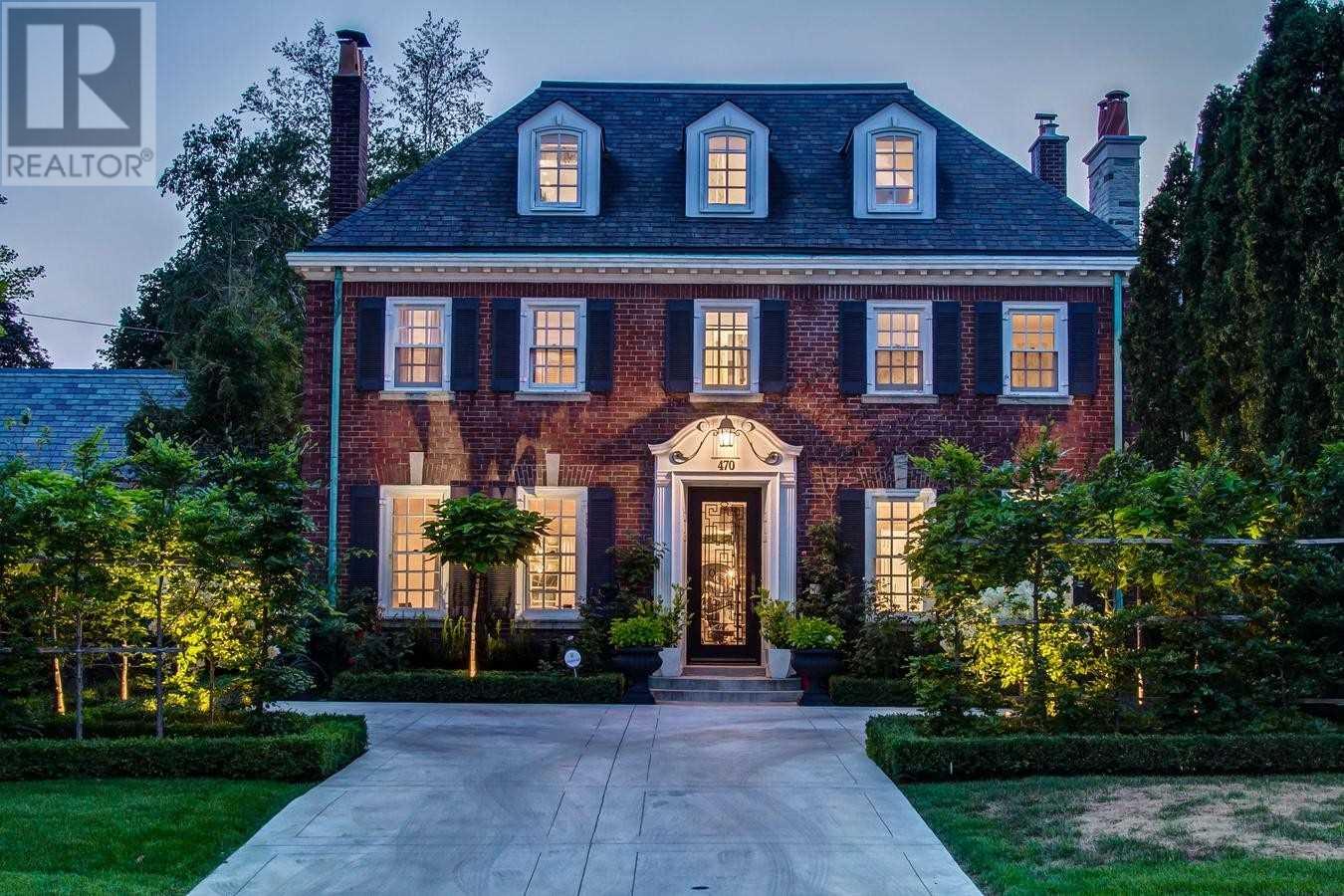 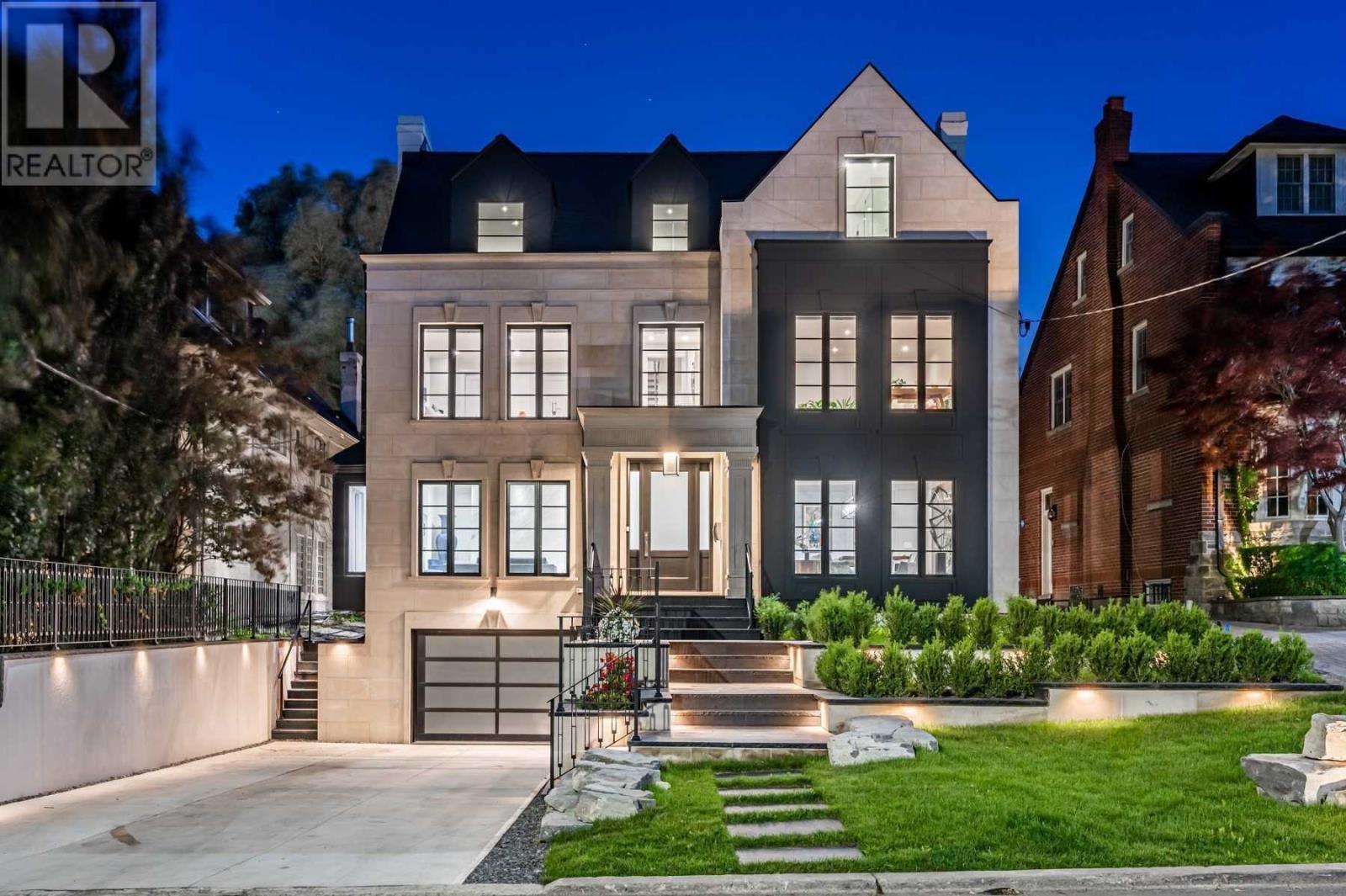 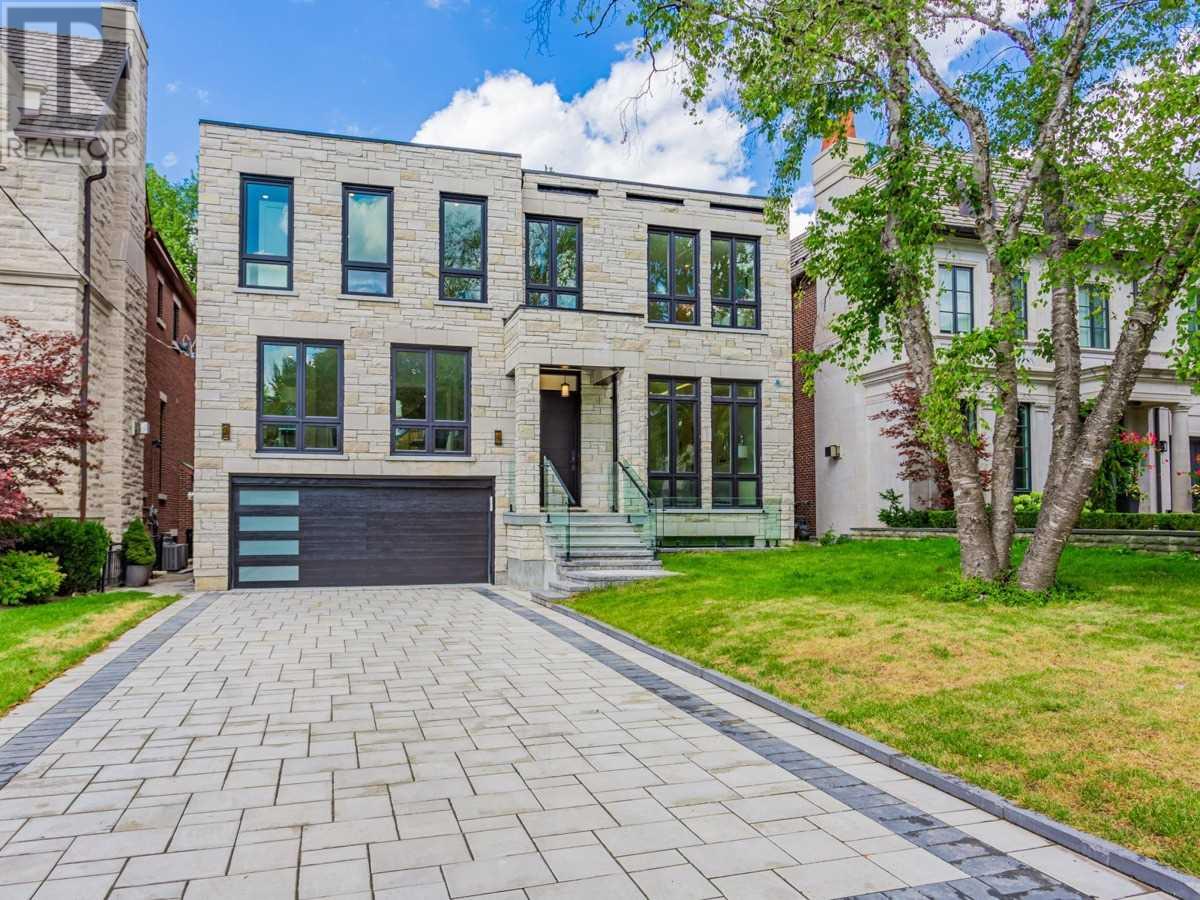 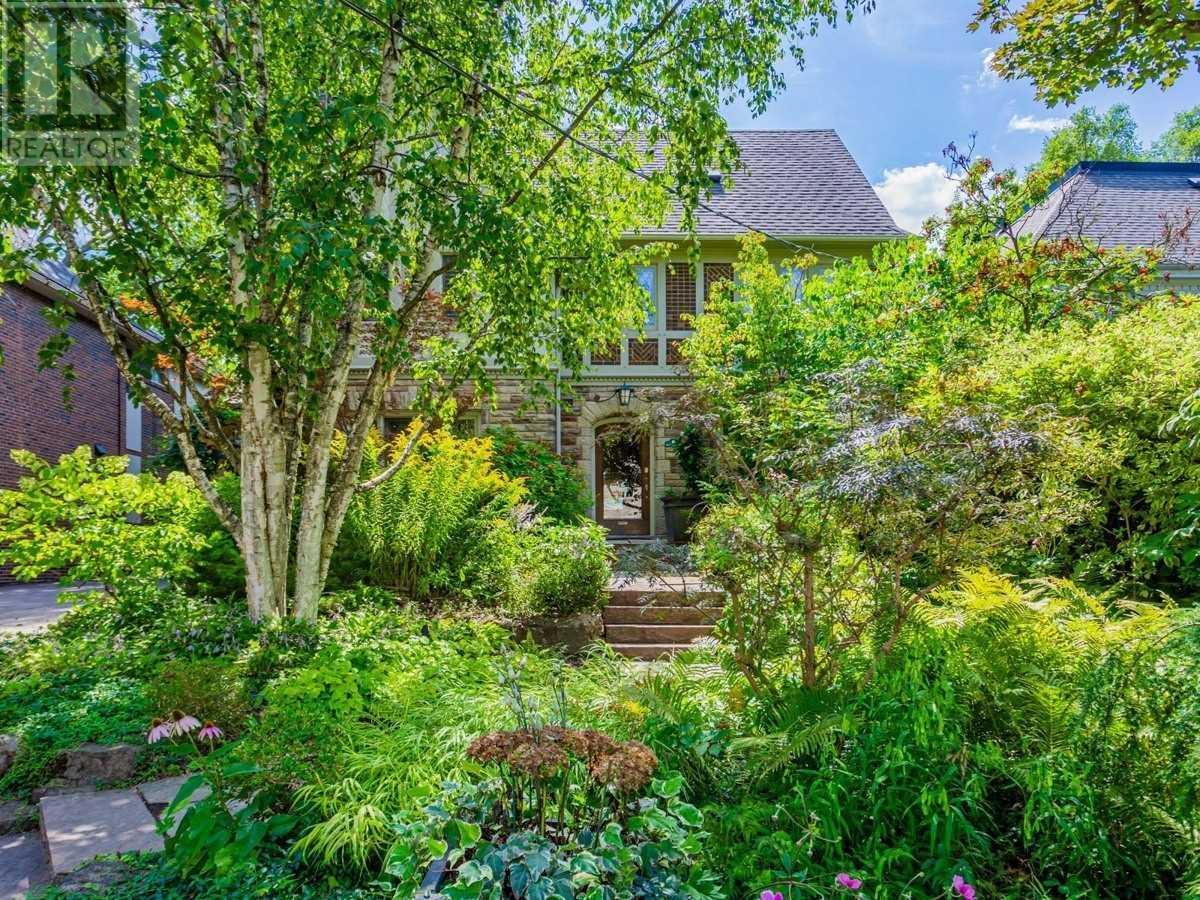 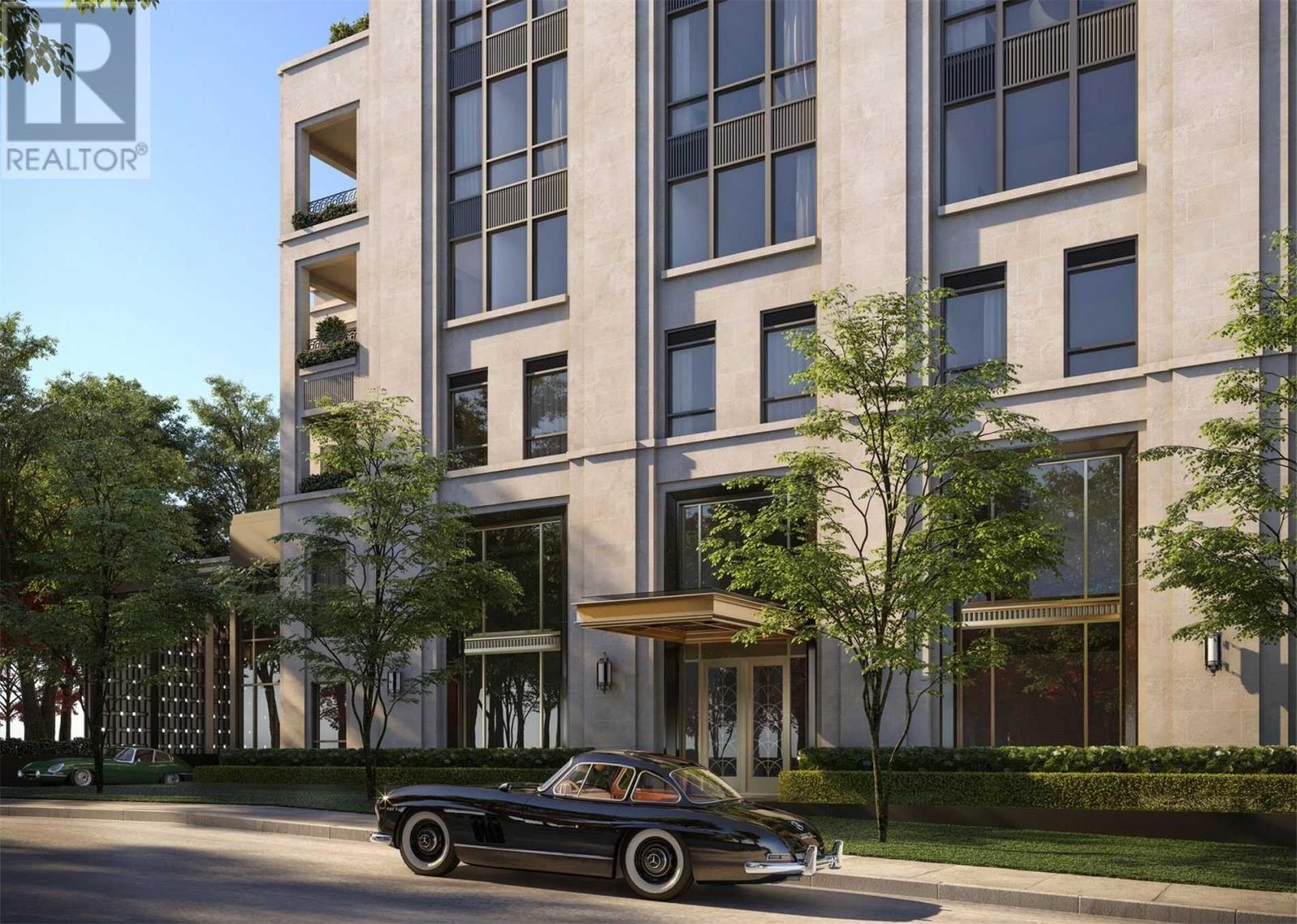 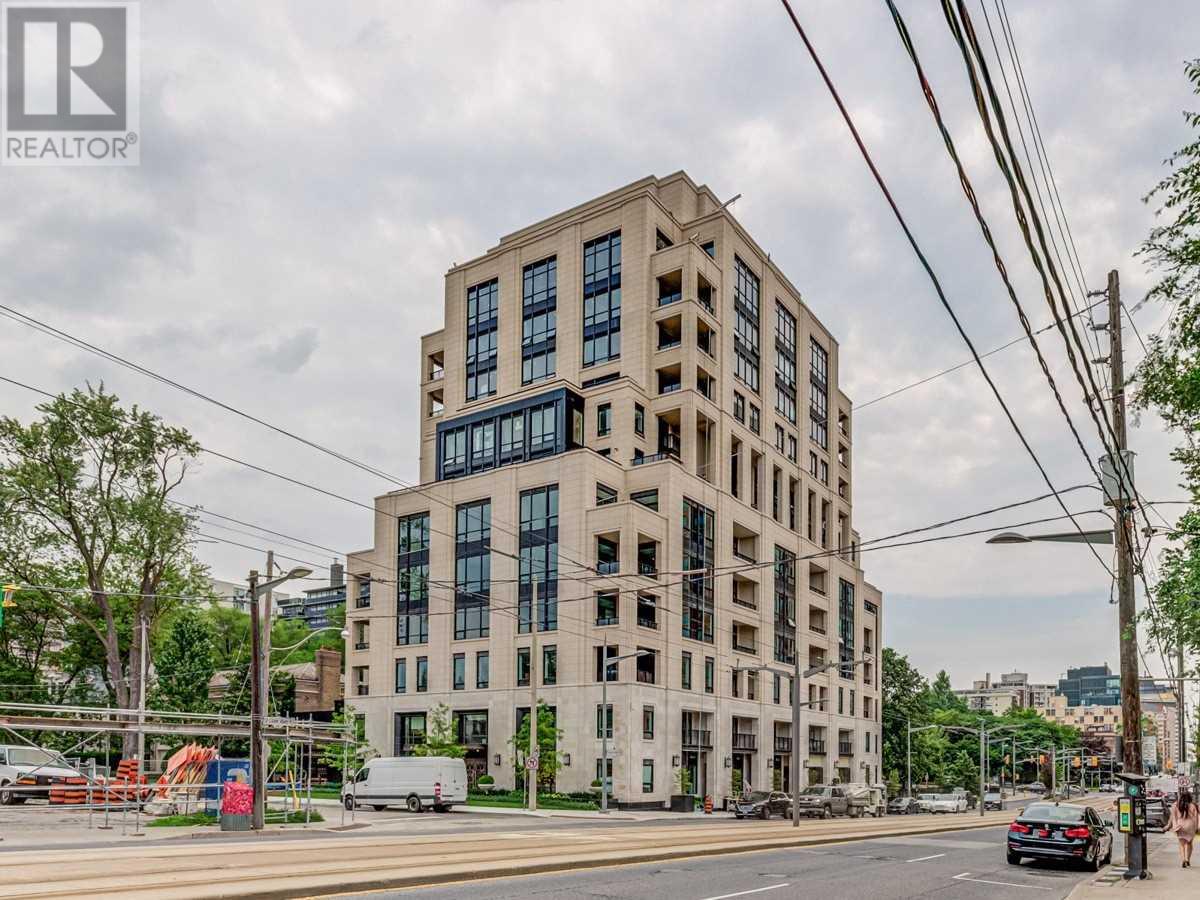 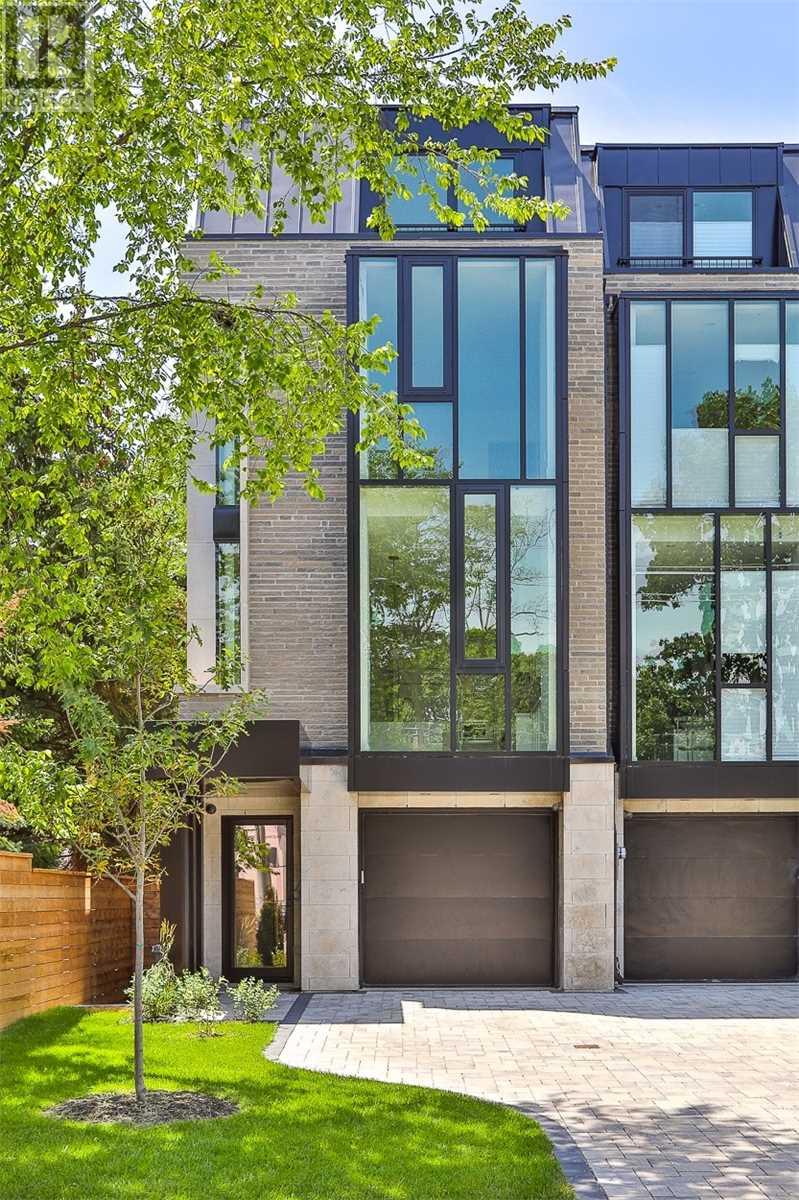 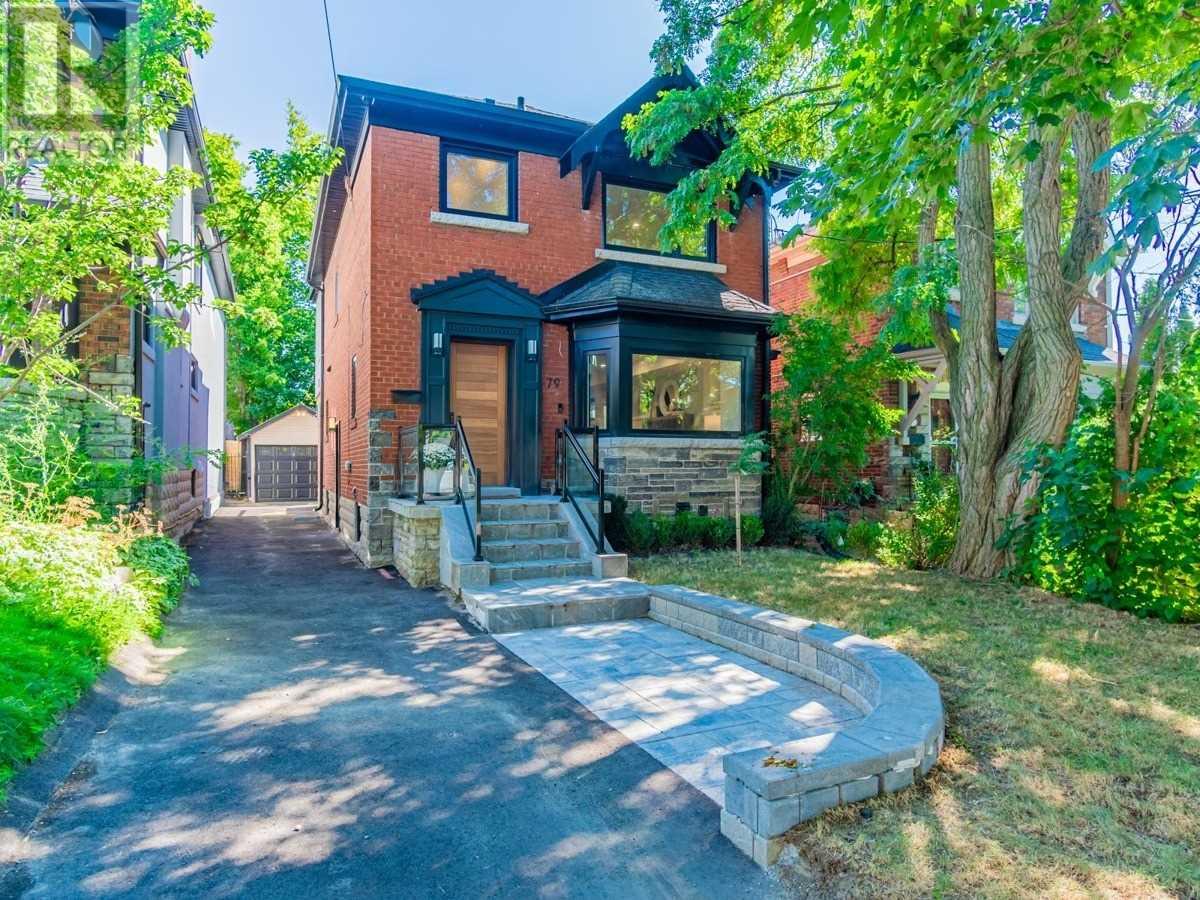 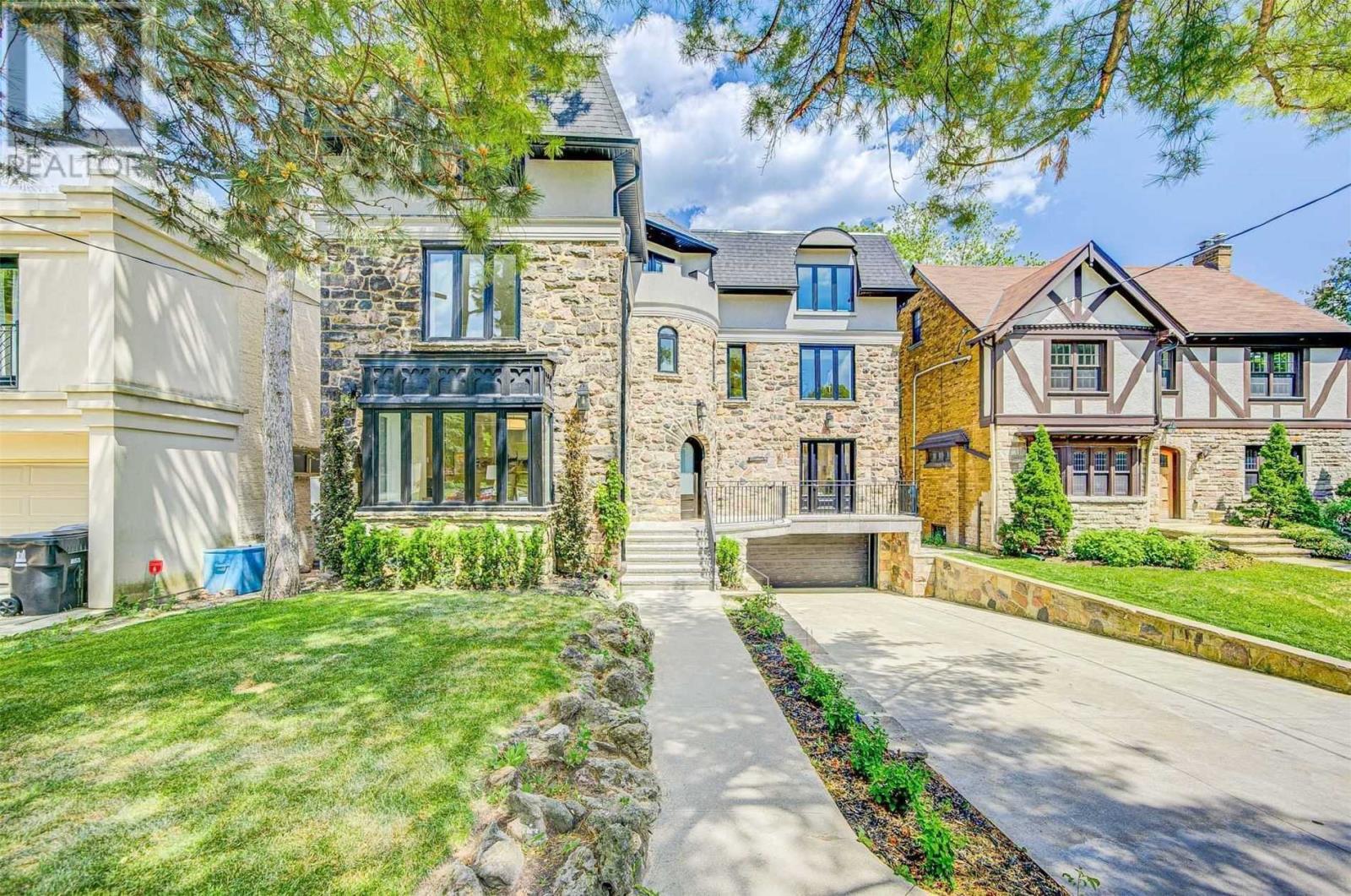 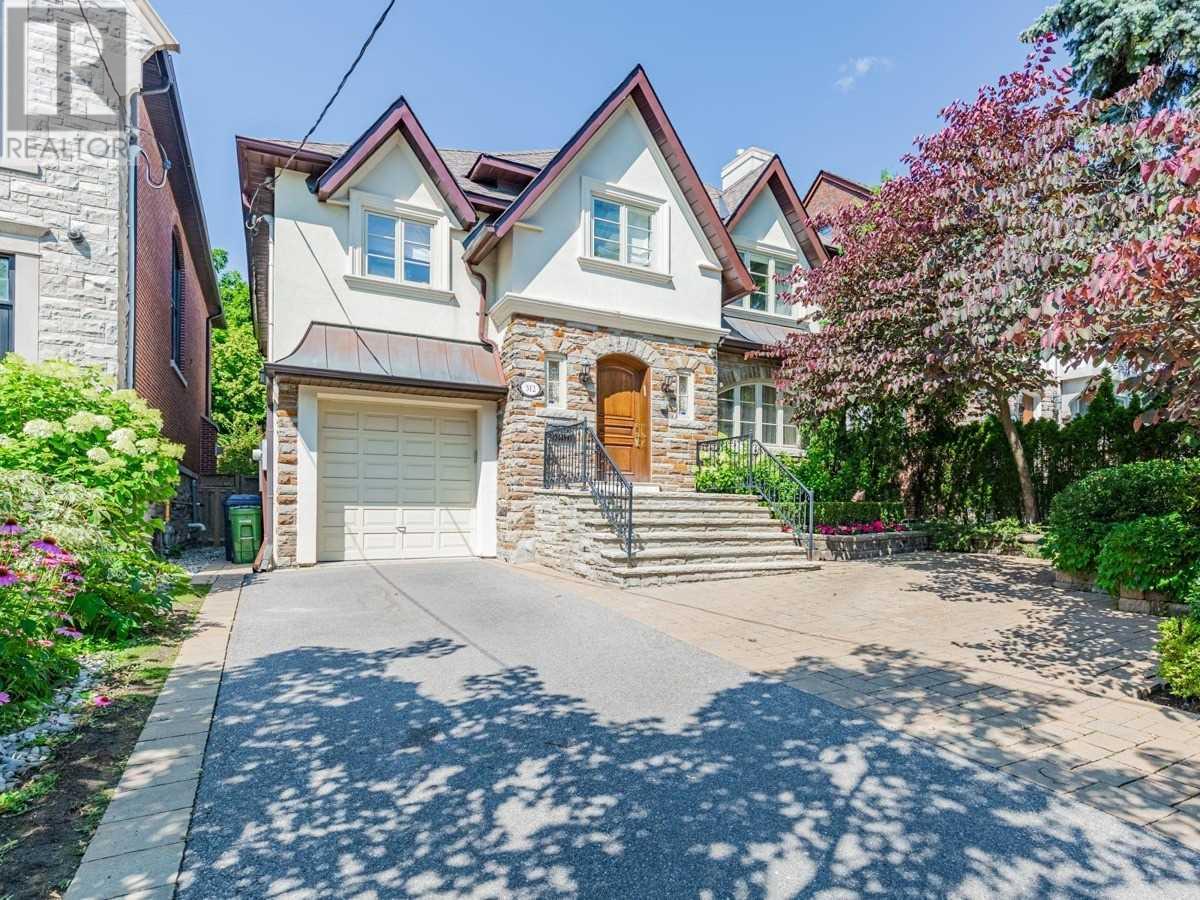