Gardens may be lush in the Toronto area this May, but real estate listings do not appear to be flourishing.

Homeowners often prefer to wait for the trees to blossom before they list their houses for sale and, now that the Victoria Day holiday has passed, more “for sale” signs are sure to appear.

Paul Maranger and Christian Vermast of Sotheby’s International Realty Canada do expect some new arrivals on the market this week.

“The next burst will be from here to July 1,” Mr. Maranger says.

Still, the two real estate agents say their phones are quieter than they normally would be at this time of year and they know other agents who say the same.

Mr. Maranger says the housing market in the Greater Toronto Area has been “compressed and delayed” so far in 2018.

Policy changes created uncertainty in the market and that made many potential buyers more cautious until recently, they say. Now, the buyers have mostly grown accustomed to the changes, but sellers are still holding back.

Mr. Vermast calls it a “reverse ripple effect” where people don’t want to sell their existing properties because they worry it will be difficult to find their next house or condo.

Mr. Maranger says competition is not as fierce as it was in the spring of 2017, so buyers feel less frustrated. But he notices a strong preference for houses that are move-in ready.

Those houses will sell at a substantial premium that’s out of proportion with the overall market.

“Buyers will pay a premium for the beautiful, finished product,” Mr. Maranger says. “This tells us that for these people, time is more valuable than money.”

The semi-detached house at 58 Glen Rd. drew five offers the day after it arrived on the market.

Ms. Lindsay says 17 parties toured the house the first day. An offer date was scheduled for six days later, but when a bully offer arrived the following morning, four other bidders joined in. The house sold for $3.050-million.

“Bullies are not dead,” she says.

Mr. Maranger and Mr. Vermast strategically waited until after the long weekend to list a house for sale in the coveted Summerhill neighbourhood. The house, which will have an asking price in the $5-million to $6-million range, has landscaped gardens that will be a strong selling point.

“You can’t sell the lifestyle with a closed pool,” Mr. Maranger says. “You can’t tell that story.”

Conversely, in snowy January, buyers are keen to have a fireplace and they will balk at a property with a parking space open to the elements.

At this time of year, “don’t even talk about the heating system or fireplaces. People could care less about whether a house has a garage,” he says.

“Don’t underestimate the importance of that,” he says of the dismal weather. The minute that turned, the market started picking up steam.”

Industry watchers have also noticed that overseas buyers are returning to Toronto after demand plunged when the provincial government introduced a 15-per-cent tax on purchases by non-resident speculators in April, 2017.

Juwai.com, a real estate website that caters mainly to buyers from mainland China and Hong Kong, says demand for Toronto properties “dropped like a bowling ball,” with searches falling by half in the two months after the tax was imposed.

Carrie Law, chief executive officer at Juwai.com, says the reaction was similar when Vancouver, Singapore and Sydney imposed foreign-buyers taxes. Interest from Chinese buyers dropped off precipitously in the short term, then partly recovered in the medium term.

Ms. Law says buying can recover fully in the long-term, but she expects other market dynamics will prevent overseas buying in Toronto from returning to 2017 levels.

The introduction of tighter mortgage rules – along with rising interest rates – has weighed on the overall market, she says.

“Prices are stalling in Toronto because credit is getting more expensive and mortgages harder to obtain,” she says. “The foreign-buyers tax cannot have had the market-wide impact that has been attributed to it.”

Mr. Maranger and Mr. Vermast have seen a resurgence in foreign buying in the Bridle Path enclave. Since they listed a house for sale at 75 The Bridle Path with an asking price of $19.8-million, all of the appointments so far have been made by buyers from Asia, Europe and Iran, they say.

“We can see that they’re back,” Mr. Vermast says of the foreign interest.

Mr. Maranger says buyers in that price range would undoubtedly have more than one residence. Some overseas investors veered toward Montreal when the tax policy changed for the Toronto area, he says, but mostly buyers have adjusted to the new measures.

Looking ahead, Mr. Maranger expects July and August to be busier than normal because of the slow start to the year.

“The last two quarter of this year will be very healthy,” Mr. Maranger says.

Annex home in need of an update sells under asking, despite four bids Subscriber content
May 8, 2018 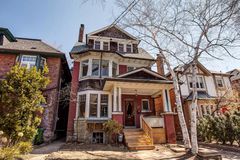 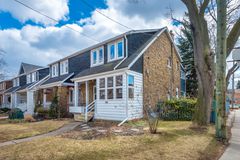 Buyers approaching Toronto housing market with cool determination Subscriber content
April 24, 2018
Follow Carolyn Ireland on Twitter @CarolynIreland
Report an error Editorial code of conduct
Due to technical reasons, we have temporarily removed commenting from our articles. We hope to have this fixed soon. Thank you for your patience. If you are looking to give feedback on our new site, please send it along to feedback@globeandmail.com. If you want to write a letter to the editor, please forward to letters@globeandmail.com.
Comments