Toronto’s landmark Integral House has sold for $18-million amid a recent flurry of deals in the city’s real estate stratosphere.

The home built on the edge of a ravine at 194 Roxborough Drive in Rosedale was listed in May, 2019, with an asking price of $21.5-million.

Real estate agent Janet Lindsay of Chestnut Park Real Estate Ltd. says she has fielded a number of offers in the past year but none were accepted until now.

The architectural significance of the house drew international attention, she says.

“That was evident in the global inquiries it brought.”

Owners Mark Machin and Melissa Mowbray-D’Arbela purchased the property in 2016 for $14.9-million when Mr. Machin moved to Toronto from Hong Kong to take the helm at Canada Pension Plan Investment Board.

The 17,000-square-foot house was commissioned by the mathematician and musician James Stewart, who died in 2014.

Dr. Stewart commissioned Shim-Sutcliffe Architects to design a house that uses curves as an architectural expression of the beauty of calculus. At the centre of the house is an intimate concert hall.

Ms. Lindsay says this deal and others that have taken place in June will likely bolster confidence in the market. Sales and listings slumped during the novel coronavirus pandemic.

“Toronto is a very wealthy city for sure,” she says. “If something is one-of-a-kind or a rare opportunity, those buyers are definitely there.”

In other high-priced swaps, the former Beck family residence at 131 Riverview Drive in north Toronto recently changed hands for $17.4-million.

On Old Forest Hill Road, Elise Kalles of Harvey Kalles Real Estate Ltd. sold a traditional stone mansion above the $13-million mark after listing it with an asking price of $14.8-million.

James Warren of Chestnut Park recently helped a buyer negotiate the purchase of a luxury penthouse near Bay Street and Bloor Street West.

Mr. Warren says houses and condos in the upper echelons are selling, but prices have softened a bit.

“Some people are getting slight discounts.”

The condo at 77 Charles St. West was “very aggressively priced” at $10-million, he says, and the buyer was able to strike a deal for $9-million.

Mr. Warren says the condominium has “gloriously high ceilings” and spectacular views over the heritage architecture of Queen’s Park and the leafy University of Toronto campus.

“You could also look straight up the street to Hermès, which is fun,” Mr. Warren says. “You couldn’t be in better real estate in my estimation.”

The buyer had been mulling a purchase before the pandemic was declared, but negotiations began in earnest in early March when air travel began to shut down and the city was heading into lockdown.

“They wanted to get this resolved,” he says.

Closing the deal in the middle of the state of emergency was challenging, he says, and both sides had to work together to smooth the transition.

“There’s a good amount of synergy among real estate agents. It seems like everyone is co-operating.”

For example, Mr. Warren says, the sellers agreed to leave the televisions left in place and working because he wasn’t sure he would be able to find technicians willing to come in and hook up the entertainment systems. He also picked up some gourmet meals and stood in line outside the liquor store to make the unit move-in ready.

“It was a lot of fun because we wanted to help them out. Everybody pulled together.”

“It’s a pandemic market,” he says.

The market is moving well up to the $3.5-million level, he says, but above that, sellers and listing agents need to be very focused.

“You can’t have any fat on your sale price.”

Mr. Warren points out that the central part of Toronto, which includes the upscale neighourhoods of Rosedale and Moore Park, typically has 46 houses for sale at $1.8-million and above. At his most recent tally, there were 25.

“Supply is down considerably.”

Mr. Warren says many of the bargain hunters were out in April but now he’s hearing more often from move-up buyers. A few potential buyers have called him about moving to Toronto from New York.

“Your dollar goes so much farther and if you have the luxury of having married a Canadian, you’re good to go.”

Some prospective sellers are positioning themselves to put their property on the market, Mr. Warren says, but plenty of uncertainty still surrounds the economy and financial markets. Mr. Warren believes market watchers and consumers are adopting a “wait-and-see” view on the economy.

“I think people will say, ‘let’s re-evaluate in the fall.’ "

He says he hasn’t seen signs yet of homeowners selling under the financial strain of the economic shutdown. Government programs and mortgage deferrals have helped to bridge the gap, he says, but it’s too soon to know how long those schemes will be in place.

“The only way we’re going to find that out will be in the fall market – that’s when we will see the stress.”

“They are getting very conservative. You don’t have as many people working right now.”

In typical years, sales and new listings would be winding down as summer arrives. But real estate agent Ira Jelinek of Harvey Kalles believes activity will continue into July and August this year.

“The spring market has moved forward,” he says, adding that the outlook for the fall still remains uncertain.

Mr. Jelinek is in the midst of launching a five-bedroom house with an asking price of $6.7-million at 15 Knightswood Road in Hoggs Hollow. He has another listing coming to Forest Hill for $5.5-million.

Mr. Jelinek says buyers and sellers have become comfortable with all of the protocols surrounding showings – including wearing masks, using hand sanitizers and not touching any surfaces. Buyers also face increased vetting and may be asked to sign a waiver before they view a property.

“We don’t want any potential tire-kickers in there.” 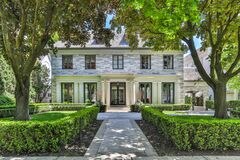 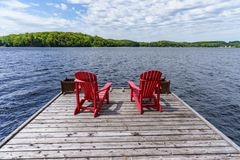 Take the plunge or wait it out?
Subscriber content
June 3, 2020 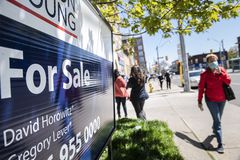