Taking up a great deal of real estate on the Toronto Islands is something called the Avenue of the Island. Conceived in the 1950s and built in the early 1960s, it is a broad, paved, pedestrian avenue (cars are not allowed on the Islands) that looks remarkably like something from Brasilia.

Designed by Project Planning Associates, the firm headed by Macklin Hancock, who created the Modernist “New Town” of Don Mills, it sports geometric hedges, orderly columns of water sprouting from Miesian pools, I-beam supported, minimalist change rooms at the south end, and, at the north, an octagonal fountain on a windswept plaza as crown.

Even as an avowed Modernist and one who has championed Don Mills many times, I find the whole thing makes me sleepy. What used to be there, however, makes my heart sing: The “razzle-dazzle” main drag of Manitou Road.

As the fourth-largest city in North America, it still surprises me that Toronto has waterfront resources that are horribly underutilized, such as Ontario Place, the Islands and the area surrounding Unwin Avenue and the hulking Hearn Generating Station.

So why not bring back Manitou Road?

In the August, 1963 edition of Canadian Weekly under the heading “Look what they’ve done to Toronto’s Island,” humourist Robert Thomas Allen outlined the dizzying demotions of the 1950s and early 1960s (as directed by Metro Toronto’s Fred [Big Daddy] Gardiner), and reflected on what had been lost. Stating that of the island’s more than 300 hectares (which is larger than Monaco, he points out), about “half has been levelled” to make way for a massive city park that’s “antiseptic and progressive” with a “paved mall like the entrance to Heaven.

“Everything was gone,” Mr. Allen continued, “the ancient clapboard houses, the kids, the merry-go-round, the smell of French fries and boat varnish, the slap of cottage doors.”

So, keep the clinical “paved mall” since, similar to Dunington-Grubb-Stensson’s 12 landscaped islands dividing University Avenue from Adelaide Street West to Queens Park Crescent (covered here in July, 2017), it, too, tells the story of the 1960s, but let’s build a new Manitou Road – there’s not much happening on Olympic Island last I checked and it has a great view of the city skyline – and populate it with the sorts of businesses it once had: retail shops, restaurants, cafés, a dairy, bowling alley and a movie theatre. Then, add some 21st-century favourites such as a brewpub, an artist’s colony with affordable live/work units, a charcuterie/cheese shop and a Sundays-in-the-summer antique/flea market.

The Islands have a long history of hostelry – the first in 1833 was the Retreat on the Peninsula, built when the western edge was still umbilicaled to the city by a sandbar. So why not build a boutique hotel/spa for travellers flying into Billy Bishop, or for city dwellers that wish to stay the night?

Add a height bylaw of six storeys so things don’t get out of hand, and, perhaps, stylistic requirements that draw from the late-1800s, mansard-roofed Ward’s Hotel or Hotel Hanlan (both built in the Second Empire style) so they square with a quaint, Muskoka-like vibe. With wood construction gaining popularity once again, any local architect would be pleased to reinterpret those designs to today’s building codes and for guest expectations; add a wharf and yacht-parking so well-heeled patrons from the United States can boat in as well.

Why? Because there’ll still be plenty of parkland and there’ll be something to do other than bike, hike and picnic. There will be people, life, a cacophony of Coney Island-type sounds and the intoxicating smell of cotton candy, hot dogs, and, indeed, “French fries and boat varnish” (perhaps the Muskoka Lakes Association could run their biannual Port Carling Antique Boat Show here on off years?).

It’s a conversation I’ve had lately at cocktail- and dinner-parties, and it certainly gets some people’s blood up. But others, surprisingly, fist-bump me with glee. With Toronto’s increasing size, we need to find ways to sensitively develop new areas, so let’s give the Islands back to our children; let’s also develop models elsewhere that include affordable, starter houses so condos aren’t the only choice for twenty-somethings just starting out; let’s have waterfront tourist districts that attract folks from all over the world (As great as they are, the two Wave Decks and the Beaver Tails outlet near the ferry docks aren’t quite cutting it).

Am I crazy? Next I’ll be calling for the addition of houses in High Park and the Casa Loma Casino! I assure you, gentle reader, that, next to Drake, I am the biggest Toronto booster around. When other kids were collecting hockey cards, I was charting the progress of the CN Tower’s rise to world-height-domination. I only want what’s best for The 6ix. Green space is extremely important – I’m all for Mayor John Tory’s Rail Deck Park – so I’m not advocating that we pave the Islands over, only that we put a there there, just like in the past.

As author Sally Gibson wrote in her book More Than an Island: A History of the Toronto Island, published during Toronto’s 1984 Sesquicentennial, “citizens with a sense of history can only hope, at a time when Toronto is finally reclaiming its own downtown waterfront … that Toronto’s oldest waterfront community will also be allowed to live and prosper and make its own distinctive contribution to the city’s future.”

Another Toronto District School Board building faces a cloudy future Subscriber content
May 30, 2019 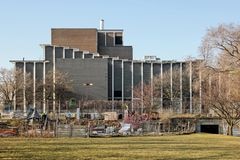 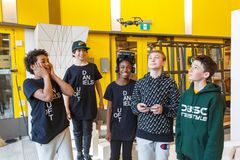 MOCA moves into an ugly-beautiful building that changed a Toronto neighbourhood
May 3, 2019 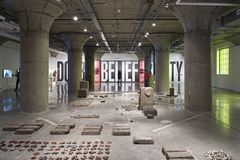