Lawyers representing investors in syndicated mortgages of the failed lender Fortress Real Developments Inc. are urging their clients not to respond to an “inappropriate” financial offer from condominium developer Brad Lamb.

On December 20, a number of investors received e-mails from Mr. Lamb’s company about loans connected to two downtown Toronto developments that remain mired in preconstruction planning delays. The messages told investors they had until January 6 to vote on the offer.

George Benchetrit, partner in Chaitons LLP, one of the court-appointed lawyers for thousands of investors caught up in the financial failure of Fortress, once Canada’s largest syndicated mortgage company, said the Lamb offer could see investors lose 70 per cent of the value of their original investment.

“I think it’s just a ploy to try to take advantage of the situation," Mr. Benchetrit said. He said some of the individual investors, "have invested in some cases all of their retirement savings.”

The messages prompted a scathing response from FAAN Mortgage Administrators Inc., the court-appointed receiver that is negotiating to secure repayment for the thousands of Canadians that invested in mortgages connected to 45 different building projects financed in part by Fortress affiliate Building & Development Mortgages Canada Inc. (BDMC).

In its message, a copy of which has been obtained by The Globe and Mail, FAAN told investors that Mr. Lamb made his approach “without consulting the trustee or representative counsel and without authorization from the court and, in the trustee’s view, likely contravenes the orders of the court in the BDMC proceedings.”

At its height, Fortress raised more than $900-million from 14,000 individual investors, promising safe returns. But many of the company’s projects have run into financial trouble and in all cases interest payments have stopped completely. In November, FAAN reported to the court it has recovered $63.4-million for the benefit of the investors, though it acknowledged many investors will continue to “suffer a devastating financial impact from their investments in Fortress projects through BDMC.”

Mr. Benchetrit, who has helped investors recover millions of dollars so far, said none of the other borrowers has done anything like Mr. Lamb’s gambit.

“It’s unique. We think it’s wrong, and we don’t want to set a pattern here that other people think this is the proper way to do things,” he said. “I think what’s happened is he’s frustrated, or if you’re more cynical your perspective might be that he’s just trying to get around FAAN … to get directly to investors to try to convince them that the offer he is making to them is in their best interest. FAAN disagrees, as do I.”

Representatives for Mr. Lamb said he was out of the country and unavailable to respond to requests for comment.

FAAN has previously negotiated repayments of BDMC loans from Mr. Lamb’s companies for two different projects: In 2018, Lamb Development Corp. paid $15.5-million out of $15.9-million in principal owed on a loan for the Harlowe project, and $2.7-million in interest, a settlement that fell short of the more than $20-million owed to 303 individuals. In April, 2019, Lamb paid $4.8-million to settle a $5.7-million BDMC loan owed to 130 parties on the Woodsworth project.

FAAN declined to specify Mr. Lamb’s complete offer, but said it represented barely 31 per cent of the $7.7-million owed to 139 individual lenders on Wellington House (422 Wellington St. W.). On Bauhaus (a proposed 218-unit condo project at 284 King St. E.), Lamb owes 110 BDMC investors at least $6.6-million. In both projects, Mr. Lamb has sent letters seeking permission to cancel contracts and return deposits to preconstruction buyers of some of the condo units as construction and planning delays have extended for years.

In the email messages investors forwarded to FAAN and Chaitons, Mr. Lamb argues that the money his company has invested into the projects should rank ahead of the BDMC loans, a legal claim Mr. Benchetrit calls “nonsense.” FAAN’s letter calls these assertions “self-serving” and warns there are “material omissions” and the approach itself is a “deviation” from typical court proceedings, as such it commits not to act on anything investors might say in response to Mr. Lamb’s letter.

Mr. Lamb’s companies have until 2021 and 2022 to repay the outstanding loans, unless an earlier settlement that could gain FAAN and investor approval can be found. 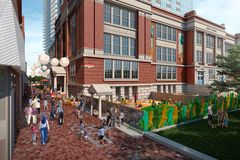 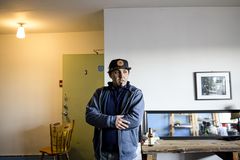 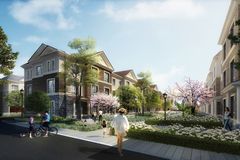