Park Property Management is one of those Toronto landlords that no one’s ever heard of, but whose holdings everyone has seen or passed at some point. The 45-year-old company, controlled by a German family, owns 72 slab-style apartment buildings, comprising 8,500 units, across Greater Toronto and Southwestern Ontario. The firm also has six projects in the development pipeline, which together will add 1,600 purpose-built apartments to the region’s squeezed housing stock.

In 2013, Park embarked on a two-year rehab of one of its properties, at 53 Thorncliffe Park Dr., a 279-unit building with more than 800 residents built around 1968. The “deep retrofit” was all about improving the energy efficiency of the aging structure, says Margaret Herd, senior vice-president for residential property management, who explains that residents were increasingly reporting drafts in their apartments.

The $5-million project involved repointing the bricks, installing high “R-value” windows, adding insulation and recladding the entire structure to stop further energy loss. “We did achieve significant savings,” says Ms. Herd, who estimates that the building’s energy costs have dropped by 20 per cent. The retrofit may also have improved tenant retention, with 2019 turnover rates at just 4 per cent to 5 per cent. She acknowledges the city’s extremely low vacancy rates dissuade renters from moving, but cites a tenant survey showing a high degree of satisfaction with the project.

Park’s holdings represent a fraction of Toronto’s vast collection of 1960s and 70s-vintage apartment towers – about a 1,000 buildings in all, with a combined 190,000 units that are home to 400,000 people. While some are controlled by Toronto Community Housing (TCHC) and various non-profits, private firms and investors own more than 80 per cent of this stock, which is increasingly showing its age.

“You need to think about the next 60 years,” former New York City chief planner Purnima Kapur said last month at an Urban Land Institute Toronto symposium on how to preserve an invaluable supply of mostly affordable housing in a city with a 1 per cent vacancy rate. 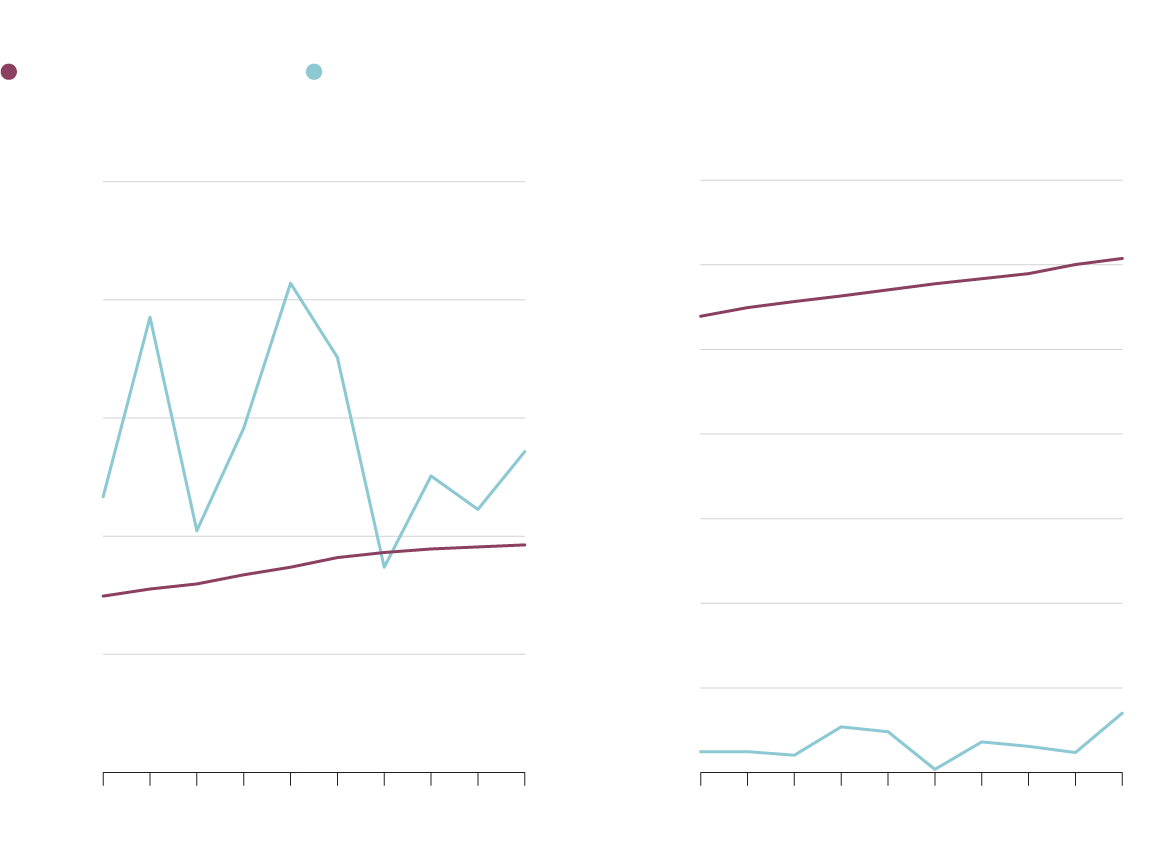 Mismatch between population and housing growth

While many of these buildings need better insulation and more efficient boilers, the devastating 2018 fire at 650 Parliament St. revealed the extent of the risk their owners face. The Ontario Fire Marshal last fall determined the blaze was caused by a “catastrophic” failure of electrical systems that triggered explosions. The building’s 1,500 tenants had to find alternative accommodation, while the cost of the repairs and relocation expenses could exceed $60-million, according to estimates cited by The Toronto Star.

Such disasters sorely test the city’s resilience. “What happens if we lose 10 or 20 [of these buildings]?” said ERA Architect partner Graeme Stewart, a driving force behind the city’s 10-year-old “tower renewal” partnership.

In recent years, various funding programs have helped underwrite retrofits of public or non-profit apartments, and the City will invest $1.3-billion in National Housing Strategy funds in refurbishing the TCHC stock. But Mr. Stewart said the privately owned buildings remain elusive because investments in so-called “deep retrofits,” which can cost $10- to $15-million and involve extensive rehabilitation of windows, walls and HVAC systems, may take decades to recoup.

The ULI Toronto event featured a focused debate on finding ways to prompt more private owners to undertake such projects, but do so in a way that doesn’t drive up rents. A team of U.S.-based ULI experts, in architecture, sustainable energy, planning and finance, spent several days in Toronto last month, visiting buildings and interviewing stakeholders in order to bring new eyes to an old problem.

The team has proposed that the City of Toronto support a fast-tracked pilot project that would invest in the most demanding and expensive retrofits across 10 privately owned buildings. Panel member Billy Grayson, executive director for the ULI’s Centre for Sustainability and Economic Performance, said the group hopes to kick off the pilot project, tentatively dubbed RentalGrowTO, in May. Several of the City’s most senior officials were in the audience, including deputy mayor and housing czar Ana Bailao, city manager Chris Murray and chief planner Gregg Lintern.

Landlord groups applauded the pitch. “We could easily find 10 pilot sites,” said Daryl Chong, who heads the Greater Toronto Apartment Association, after listening to the ULI presentation. “I think the sentiment in the room was, 'This sounds like a good idea.’” But, he added, “I’m not sure how far the City is going to go.”

The bigger question is what policies various governments should put in place to provide sufficient carrots and sticks to encourage private firms to keep up their assets. Mr. Chong points out that the German government has tackled the problem with a retrofit financing program that includes low-interest repayable loans, performance-based investment subsidies and access to expert consultants – an important detail because these retrofits are technically complex projects.

Ms. Herd, of Park Property, added that landlords would have additional incentive to carry out such improvements if some portion of the expenditure could be designated as an operating expense instead of being capitalized. “If we could write it off as an expense, then you could reinvest the money faster.”

But tax breaks and other grants or low-interest loans to private firms all represent foregone revenue for governments that face complex competing demands, including the funding of costly social programs, such as health care and education.

Apparently anticipating resistance from policy-makers, the ULI expert team proposed a more holistic way for both governments and property managers to think about the expenditures on major building system retrofits, as well as the cost of government incentives meant to encourage owners to undertake such projects.

The estimated $150,000-a-unit cost of a deep retrofit, the group showed in a chart that offered a new approach to calculating return on investment, can be balanced against savings on energy, maintenance, insurance and the cost of non-insurable accidents. But for governments, there are social savings, in the form of avoided emergency calls, health outcomes associated with improved quality of life for tenants and the financial savings to the city in ensuring a supply of resilient and affordable apartments.

This approach to calculating costs and benefits can slash the payback period from more than 70 years to about five. Said Mr. Grayson, “It’s a better way to look at ROI.”

With fast-turnover condo projects attracting the bulk of development investment in recent decades, the ULI Toronto advisory panel sought to offer up ideas for kick-starting the construction of new purpose-built rental stock. The City of Toronto, for instance, recently added a new zoning designation that allows apartment owners to build new projects on open space at the base of their towers.

The ULI expert panel, however, recommended that the City and the province also bring in tougher and more far-reaching inclusionary zoning rules that set aside 10 per cent to 30 per cent of units in new high rises, including condos, as affordable rental.

The previous provincial Liberal government pledged inclusionary zoning laws in 2016, but the final legislation, which received royal assent in 2018, represented a highly watered down version that also gave municipalities the right to designate which areas would be required to add inclusionary zoning riders on development applications. The law also allows developers to set aside no more than 5 per cent to 10 per cent of all units as affordable, depending on the area’s density.

Purnima Kapur, the former New York chief planner, told the ULI session that inclusionary zoning laws need to be more robust, city-wide and mandatory. “A lot of North American inclusionary zoning started as voluntary bonusing,” she said. But cities such as Washington and San Francisco, jurisdictions have tightened the rules.

In some places, the affordability requirements are time limited – 30 to 99 years – whereas other cities make them permanent. Under New York City’s 2016 inclusionary zoning rules, for instance, developers must set aside 20 per cent to 30 per cent of units as affordable if they are in a new building, or 25 per cent to 35 per cent if they are situated elsewhere.

Tenants, in turn, qualify if they have incomes that range from under 50 per cent to 100 per cent of the average. In New York, some inclusionary zoning units are also available to residents earning slightly above-average income.

“Permanence is the ideal outcome but you should be looking at 50- to 60-years at a minimum,” she said. “That goes in a blink.”