“This is not the first ultra-modern building the city erected, but it’s the one that broadcast, to the world, that Toronto had come of age,” I’d say to my visitor-friend. “It’s the one that got the city talking, and average folks in other cities to sit up and take notice.”

Then I’d roll up my sleeve and point to my tattoo, since as an architecture columnist celebrating 10 years at the Globe in 2013, I’d decided to have Toronto City Hall inked onto my forearm for life. The building, and what it represents, is that important to me.

But I don’t think I’d take my visitor-friend there first.

To explain, in the 17 years I’ve been with The Globe’s Real Estate section I’ve been asked dozens of times – almost as a challenge of sorts – where I’d take someone if they were visiting the Big Smoke for the first time. And, after giving a partial answer or deflecting to the topic of how Toronto is Janus-faced as it’s both very Victorian and very modernist (and neo-modernist), it occurs to me that while I’ve asked luminaries such as Morden Yolles or Jerome Markson to take me on a tour of their favourite buildings and neighbourhoods (and Mr. Raymond Moriyama, I’m still waiting!), I’ve never officially presented an “architour” of my own creation.

1. To set the stage, I’d want my visitor to see the city’s first construction boom of the late-1800s. It’s amazing to me that while the 1851 population was 30,000, a mere four decades later it had sextupled to 181,000. So, to Cabbagetown, one of the largest enclaves of preserved Victorian homes in North America, to gaze at the mix of worker’s cottages and larger homes. If there was time, I’d walk them all the way down Parliament Street to the Distillery District, to show that when the Victorians built factories, they built them as mini-cities complete with streets and alleyways and cupolas.

2. To illustrate, literally, Toronto’s mix of eras, I’d travel next to Exhibition Place. Not only is it fascinating that the city keeps an 80-hectare site open to such flexible uses, it’s a space where architects – whether designing pavilions in the beaux-arts or art deco or modernist style – could let loose and have fun, whether that fun came in the form of a glass dome on the 1911 Government Building or the Mondrian-esque structure on the roof of the Better Living Centre (which could use some TLC, by the way).

3. From there, it would be an easy walk to our next stop, Ontario Place. Showing late-modernism by a beloved local architect, Bauhaus-trained Eb Zeidler, is a natural, but it’s also important to let our visitor know that, for all of our successes in this province, we can lose our way. A white-painted composition of innovative structures sitting directly in the lake, and others on man-made islands, deserve better than to be shuttered for eight years. Perhaps an international competition would help us find a new use?

4. An international competition in 1957-58 is what brought us Toronto City Hall. If I could convince the security people inside, I’d take my visitor inside the saucer-shaped council chamber and to the space age Member’s Lounge behind it, where the Warren Platner chairs live.

5. Primed for modernism now, I’d escort my guest to Don Mills, specifically Deepwood Crescent. Long time readers of this space know of my fascination for Macklin Hancock’s “New Town,” and how, originally, only modernist architecture was permitted (not just houses, but churches, gas stations, commercial buildings). While, today, many streets have been overrun by oversized and insensitive new builds, Deepwood retains most of its charm, plus has the advantage of extra tall trees saved during construction. On the way out, I’d show my visitor the small apartment buildings and light industry to create a town rather than a suburb.

6. Since we’d be discussing residential typologies at this point, I’d want to show off some of Toronto’s inner-city neighbourhoods. And here, I’d let my guest choose between Roncesvalles, the Danforth, or Spadina’s Chinatown, because each has a high street that offers wider-than-average sidewalks populated by retail shops once dominated by a single ethnic group, but have slowly and sensitively diversified. My area of the Danforth, for instance, was once Little Sicily. They’re great places for people watching, too!

7. The final destination might be obvious, but it’s a piece of the city I hope never becomes corporatized. As I wrote in my novel, Falconi’s Tractor (Guernica Editions, 2019; you know I wrote a novel right? And books make great Christmas gifts!), Kensington Market seems safe due to a sort of “unwritten code” amongst building owners to prevent a Starbucks from moving in. Besides, I wrote, “[m]ost of the shops are shabby little places that have so many layers of poor quality renovations strangling them, it’s doubtful a corporate store would be able to peel away enough junk to feel comfortable.” With its fish, fruit and cheese markets, vintage clothing stores, ethnic food stalls and bohemian vibe, it’s a place the overwhelms the senses … and couldn’t be more “Toronto.”

Of course there are other places: dining on the 54th floor of Mies’s TD Centre; the obligatory trip up the CN Tower (which I don’t mean to diminish, it may very well be my next tattoo!); the Great Hall at Union Station (my wife’s favourite “room” in Toronto); a stroll up and down the aisles of St. Lawrence Market; a walking tour of our newest skyscraper district, South Core; or the ebullient 1960s Annex apartment buildings of Uno Prii.

Hmm, perhaps there’ll be another of these … when we can all get outside again. 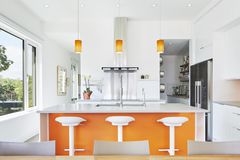 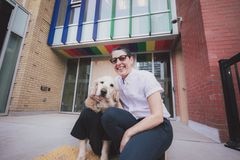 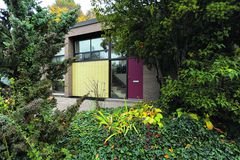