The whole neighbourhood hears about it when real estate alchemy causes one house in the area to sell for an outrageously high price.

Some properties just seem to hit a sweet spot during a week when lots of buyers are out, says Scott Hanton, broker with The Weir Team Brokerage Inc. in Toronto.

Those deals are a fluke, Mr. Hanton says and the sale price should be looked as a one-off.

He sees the pitfalls first-hand when nearby homeowners incorrectly believe that their property should sell for the same amount or higher. When buyers give in to these egomaniacal and ridiculously lofty expectations, prices shoot up and kill affordability for everyone else, he says.

“It is insanity,” says Mr. Hanton, who has been involved in deals recently that he predicts will skew real estate values from downtown Toronto to Ajax, Ont. “It’s really hard to get sellers to come down from those heights and it makes it really hard for the buyers.”

Mr. Hanton says homeowners often believe their house is special but the determination to set a new high water mark every time is stronger than ever.

“This has been a dominant theme this year more than any other year I can recall in real estate,” he says.

In the Ajax deal, Mr. Hanton represented buyers who wanted to buy in a very specific quadrant. When a house arrived on the market with an asking price around $999,000, the clients decided it would suit them perfectly.

Mr. Hanton advised them to step up with a tempting bully offer right away, rather than wait for the offer date one week later.

“Although we offered well, well, well over the asking price, the seller came back and said, ‘I want an even more ridiculous amount.’”

The seller wouldn’t budge from $1.3-million, says Mr. Hanton, so his clients paid it.

“The problem with that is, his neighbours are going to think their house is worth that,” he says. “I feel sorry for all the other buyers.”

Mr. Hanton says the homes in the area are very typical suburban homes that were trading for $1-million at the end of last year, then jumped up to $1.2-million during the heated days of January, February and March.

“My buyers just paid 1.3. It really makes the market crazy.”

Mr. Hanton has seen a slew of deals recently where an appraiser determines that the sale price exceeds market value. In those cases, the lender typically requires a larger down payment to bridge the gap.

“There’s no bank in the world that’s going to appraise this house.”

His clients have the flexibility to come up with more cash but many buyers don’t.

“They can get in way over their heads.”

In East York, Leslieville and other popular Toronto neighbourhoods, house hunters seeing such eye-watering prices are feeling a lot of frustration and fatigue, Mr. Hanton says.

“I think a lot of the buyers are just mentally exhausted.”

He has worked with one couple who need to take a break after losing out in too many bidding contests.

“That was so emotionally draining that they’ll pack it in for the rest of the year.”

Others are thinking more seriously about leaving the city all together, he says.

But while the outlier sales and lack of supply send prices shooting up, Mr. Hanton cautions that the market has been very halting recently.

“The fall market really was slow for a lot of people,” he says. “I’ve been warning all of my sellers that it’s so unpredictable.”

National Bank of Canada economist Daren King notes that sales in the Greater Toronto Area edged up 0.7 per cent on a seasonally-adjusted based in September from August but supply melted.

Seasonally adjusted listings dropped 5.3 per cent at the end of September from August. That marks the seventh consecutive monthly decrease and the lowest level since February, 2017, Mr. King says.

“The lack of supply, which certainly accounts for some of the market slowdown in recent months, will continue to have an upward effect on home prices in the months to come,” he says.

Mr. Hanton has been working with one seller recently who is suffering from the same syndrome of wanting a price based on what the neighbour’s house sold for.

In this case, the property near Don Mills Road and Sheppard Avenue has been on the market for about two months with an asking price around the $2-million mark.

“The seller feels he should just sit tight and maybe he’ll get his number – and maybe he will,” Mr. Hanton says. “It’s the classic, stubborn Toronto seller.”

A lot of sellers have great houses, Mr. Hanton says, but they are often very specific to that seller. The ones that spark intense competition appeal to a broad range of people.

“Once sellers get a number in their head, it’s very hard to get it out,” he says.

If sellers are holding out for $2-million and receive an offer for $1.8-million, for example, they believe they are giving up $200,000.

That’s a misguided perspective, Mr. Hanton explains, because they’re not losing anything.

“It’s hard to get them to overcome that – they never had $2-million on the table,” he says.

Mr. Hanton says more listings are coming after the long weekend for buyers who do have the fortitude to carry on.

He will be listing a semi-detached home in Georgetown, Ont., for $899,000, but he will let the market dictate the sale price.

The house is in the historic part of town and has been converted from a larger property.

Mr. Hanton decided to have a public open house for a three-bedroom house listed with an asking price of $989,000 near Woodbine Avenue and Danforth Avenue over the Thanksgiving weekend. No one currently lives in the house, he says, so his team was hosting an open house for the first time since they’ve been allowed after pandemic measures closed them down.

“The year has been so unpredictable, we’re trying new things,” he says.

Elli Davis, a real estate agent with Sotheby’s International Realty Canada, says some agents prefer to launch new properties after Thanksgiving because they believe buyers will be out of town during the long weekend.

But Ms. Davis likes to make new listings available because lots of people stay in town and they have extra time, she says.

“Still people are not travelling as much as usual,” she adds.

Ms. Davis was also testing out the appetite of buyers for a return to open houses.

Ms. Davis says agents have been discouraged from holding open houses during the pandemic and serious buyers were more likely to make an appointment.

But she believes the tradition is making a comeback.

“I think the agents are really going to open up the public open houses.” 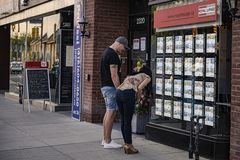 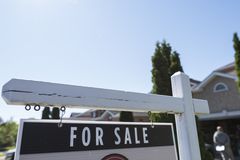 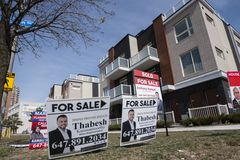