New properties for sale are still arriving on the Toronto-area real estate market as sellers hope to strike a deal before the end of 2019.

As the fall market wanes, the owners who are listing now usually have an urgent reason for doing so, Mr. Jelinek says.

“There’s very little trickling in,” he says. “It’s not the most ideal time to sell.”

One reason a homeowner might list now is that they’ve bought another house and the closing date is coming up. If there aren’t very many competing listings in their area, this can be a very good time to sell, Mr. Jelinek points out.

Still, only a small number of homeowners are in that position, which is why listings are dwindling. He is advising most homeowners to wait until after the new year now because many people become preoccupied with holiday parties and others travel south.

“You won’t get as many eyes on the property.”

Owners of condominium units, however, are in a different position because that market is not as tied to the school calendar as the market for single-family homes is. Also, condo buyers are not as likely to be deterred by cold and snowy weather.

“It’s mostly the families that wait until the new year,” he says.

Mr. Jelinek is currently preparing to list a two-bedroom condo unit for sale in the new year. The midtown unit needs painting and staging, he says.

“We’ll be ready to go for the first week of January.”

Mr. Jelinek says buyers are still around, but they become busy during December or they feel discouraged by the lack of listings.

Low interest rates are spurring many buyers on at the moment, Mr. Jelinek says.

He points to the new home market in the Greater Toronto Area, where builders report strong sales in areas such as Mississauga and Durham.

“They had a much better fall than they expected,” he says of some of the big developers he’s spoken with.

One builder was estimating sales of three house a week through the fall, Mr. Jelinek says. Instead the company averaged nine sales a week.

Mr. Jelinek says the Toronto market feels balanced at the moment, with some properties attracting multiple offers and others selling at a slower pace.

“There’s not any craziness on one side or the other.”

Mr. Jelinek recently helped a couple to buy a house near Avenue Road and Eglinton Avenue West. The house was listed with an asking price of $1.879-million. The buyers, who plan to renovate, were able to negotiate a purchase price of $1.836-million.

In another case, a pair of twenty somethings purchased a condo unit with one bedroom plus den near Yonge Street and Eglinton Avenue. The unit had an asking price of $599,000 and the couple purchased it with a “bully” offer of $636,000. By making a strong offer with no conditions a couple of days ahead of the date set for reviewing offers, the couple beat out potential competition, Mr. Jelinek says.

In another case, Mr. Jelinek had just started working with a prospective buyer who had spent a couple of years looking for an attractive two-bedroom condo. Mr. Jelinek says it didn’t take long before a corner unit facing south-east came up at 185 Roehampton Ave. with an asking price of $850,000. The client was able to purchase the two-bedroom unit for $825,000.

“I think I exposed him to the right property at the right time,” Mr. Jelinek says.

Looking ahead to 2020, Mr. Jelinek expects the market to be quite busy, starting in January. It will pick up even more if the Bank of Canada cuts its trend-setting interest rate, in his opinion.

“If they lower interest rates, I feel like we’ll have a pretty hot first half of the year.”

After peaking in early 2016, national home sales had fallen by 25 per cent by early 2018. Rule changes by various levels of government played a role in the decline, but Mr. Ashworth points out, “it is no coincidence that five-year mortgage rates bottomed out in early 2016 and subsequently peaked in early 2018.”

The drop-back in mortgage rates over the past 18 months helps to explain the rebound in home sales that began in earnest at the start of 2019, Mr. Ashworth adds.

The economist predicts that the rebound in sales will lead to sharper price increases because supply has remained tight. 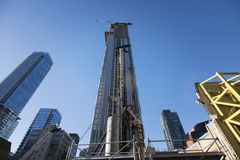 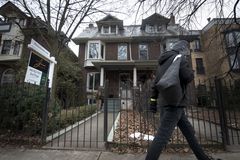 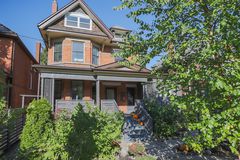