Amid signs that condominium developers in the Greater Toronto Area may be walking away from projects in the face of rising costs, some municipalities are moving ahead with plans that could add millions more in tax charges for high-rise buildings.

The City of Vaughan and the City of Toronto are among the municipalities considering large increases in their local development charges, which are the taxes that cities collect on newly constructed homes. Brampton, too, is mulling significant fee hikes.

There are 148 condominium projects in the region that have presold 70 per cent of the proposed units but have not yet begun construction, according to figures from Altus Group. Fifty-two of those projects are proposed for the city of Toronto, nine are planned for Vaughan. Another seven are planned for Mississauga – currently the municipality with the GTA’s most expensive per-unit high rise development charges – and 10 are based in Markham (home of the second-most expensive developer tax regime).

While it may seem like a bad time for the hot GTA condo market to tinker with development charges, it’s actually a province-wide process, according to David Sommerville, senior director, cost and project management with Altus Group.

“The province requires the background study and municipal development charges to be reviewed; what’s making headlines are the ones that are going up significantly,” he says.

Because cities typically collect development charges toward the final construction phases (after the long presale and planning approvals phases, which come with set budget expectations), that means many of those projects could face budget-busting tax bills for millions of dollars more than was planned for.

“None of this stuff is known until the very end,” says Brad Lamb, prominent Toronto condominium developer and seller. “We get a demolition permit and a below-grade permit and we don’t pay our levies … it’s when we get our above-grade permit. We could be in the ground six months with our budget in place and get hammered. It could be [an extra] $20,000 per unit on a 200 unit building – a $4-million charge [and] all of the sudden your bank is saying you have a $4-million hole in your budget.

“There’s a seemingly universal attitude that there’s an endless amount of money that developers have to fund these changes in the rule books.”

Mr. Lamb and other insiders have pointed to rising costs for land and construction as a factor in the cancellation of 17 GTA-region condo projects totalling 3,627 units since the beginning of 2017, compared with seven projects and 808 units in 2016. New higher fees for some of those unbuilt but already planned projects could hit financially stretched developers hard.

Consider the example of Cosmos project in Vaughan from Liberty Development Corp., one of the largest “sold out” condo projects cancelled in the GTA in recent years. The company has not been specific about what considerations were behind the cancellation, saying only that it could not find satisfactory terms for financing to begin construction.

About 1,100 people bought presale contracts for apartments in that three-tower project; approximately 1,153 units where planned for the finished product. When Liberty presold those condos in 2016, a building in Vaughan faced the fourth-most expensive high-rise development charges in the region: $38,031 per unit under 750 square feet and less than two bedrooms, and $49,995 per unit for those more than 750 square feet and more than two bedrooms.

Without knowing the exact ratio of unit mix (it hadn’t been finalized) it would be impossible to calculate the final cost of development charges for the project. But, based on an assumption that 90 per cent of those units were the smaller type of apartment and just 10 per cent were larger two-plus bedroom types, the development charges for that building could have been more than $45-million.

This spring Vaughan began to debate doubling its charges for residential developers. One report tabled at city council in April suggested increasing the tax per unit for large apartments from $15,315 to $30,071, a 96-per-cent increase; the proposal for small apartments was an increase from $10,988 to $21,674 – a 97-per-cent increase. Those charges, if approved, could take effect in the fall of this year.

That does not mean the tax bill for Liberty’s 1,153 Cosmos units could double; Vaughan is part of York Region, which has its own development charges that must also be paid. Vaughn’s changes would mean an overall tax increase of 22.7 per cent per large apartment, and 21.9 per cent for a small apartment. Using the same 90/10 split between small and large apartments as the previous example, the tax bill for the finished building could reach $56-million, a potential $11-million increase to the project’s budget.

“I think there are many reasons why projects fail. Certainly development charges could be one of them,” Mr. Sommerville says . “Many stakeholders in the market have known there was going to be an increase in charges … prudent developers are going to make contingencies.”

If Vaughan adopts these proposals it would make the city home to the most expensive developer charge regime in the region, vaulting from fourth to first according to figures from Rescon Financial.

In almost every GTA-area municipality (except for Kitchener/Waterloo) taxes are higher per larger unit than the fees for smaller units.

“They are incredibly higher,” says Mazyar Mortazavi, CEO of development company TAS Designbuild, who agrees with the critique from housing advocates that while condos are now often the most affordable home type in the GTA for young people, there are not many family-sized multi-bedroom units being built. In part, the tax system disincentivizes that kind of housing.

“We can’t have lower development charges for one bedrooms than three bedrooms if we want to drive family housing. For the developer, he’s making the same money but he’s saving on the tax. The whole tax structure is driving the supply model.”

Meanwhile, the City of Toronto is also expected to nearly double its development charges soon in ways that would continue to enshrine the small-unit incentive: in one proposal to council, fees could rise to $46,963 per large apartment ($30,656 per smaller unit) by November, 2020.

That would make the city’s developer tax regime one of the top 10 most expensive in the region, a reversal from its current position where almost all of the 905 region communities charge more. 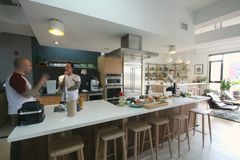 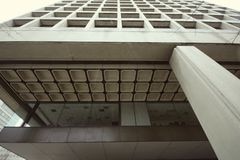