For decades, 77 Wade Ave., a parcel in an industrial pocket in the Junction near Lansdowne Avenue and Bloor Street West, housed an auto-body shop and a ready-mix concrete plant. But when contractors start excavating the rubble-strewn site next month, they’ll begin the construction of Toronto’s tallest tall-timber office building to date – a visually striking venture that cuts its reliance on carbon-intensive building materials – concrete – and is within minutes of three rapid transit stops and a bike corridor.

On this particular site, anyway, the cosmic wheel seems to be turning in the direction of a more sustainable urban future.

But none of these outcomes were preordained. In fact, 77 Wade – an eight-storey, 150,000 square-foot office project – owes its existence to a patient developer, an integrated design, engineering and supplier team with a mandate to experiment, and the co-operation of municipal officials who could have easily quashed the venture for failing to comply with basic building code rules.

“We all went through this incredible journey of discovery and learned something we’d never done before,” says Cary Solomon, president and chief executive officer of Next Property Group, whose portfolio includes brick-and-beam converted warehouses and about 5,000 purpose-built rental apartments. “The results are quite fantastic.”

Mr. Solomon’s firm has long owned converted brick warehouses in the old garment district along Spadina Avenue. As with many office landlords, he has watched demand for these light-filled loft spaces burgeon, especially among tech firms and start-ups populated by young people. But he also knows that Toronto’s brick-and beam factories are being picked off by condo developers looking to put up tall mixed-use projects. “There are just so many that have been demolished,” he says.

When Mr. Solomon began looking at the Junction property a few years ago, he canvassed Mr. King, asking how they might put those 1920s-vintage warehouses “in a time machine.” “That’s where 77 Wade came from," Mr. Solomon says.

The idea, both say, was not to update the old warehouse form, with brick exteriors, punched windows and heavy ceiling beams. Hullmark recently developed one such project, at 80 Atlantic Ave, in Toronto’s Liberty Village neighbourhood, which features four floors of tall-timber components. “We decided to do something that’s more advanced in terms of building technology,” Mr. Solomon says.

Reinventing those beam-supported loft buildings posed a central challenge. Because commercial tenants demand open-concept, light-filled spaces with columns placed at nine-metre intervals, the wooden ceiling joists had to be especially deep to prevent sagging and bouncing. Such beams, Mr. King says, block light and interfere with the mechanical systems, such as ducts and pipes, which run under the floors.

As an alternative, BNKC teamed up with Blackwell Structural Engineers and Structure Fusion, a Quebec engineered-wood fabricator partly owned by the Canam Group, to develop what Mr. King describes as a “delta” beam system that combines engineered wood, steel and a thin layer of concrete. The design drew on approaches used in tall-timber projects in France that comply with European building codes.

The result: flush wood ceilings that are thinner than those requiring conventional engineered-wood beams and that can also hide mechanical systems. The columns, in turn, are made from “glulam” timber, as is the entrance treatment on the main floor. The building exterior is mostly glazing. “Ultimately, we’ve achieved a scenario where 78 per cent of the wood is exposed in this project, and that is unheard of in a building over six storeys,” Mr. King says.

The overall design, however, is a hybrid of green materials, such as wood, and carbon-intensive ones, such as concrete and steel. “It’s important not to take a purist approach,” Mr. King argues, adding that he’d rather see the development of 10 buildings with 30 per cent wood than one with 100 per cent. “It’s a far more sustainable approach.”

Dominique Briand, general manager of Structure Fusion, says the market for engineered-wood office buildings seems to be “up and coming.” In recent years, most tall timber buildings in Canada were campus-based showcase projects, such as Brock Commons, a student residence at the University of British Columbia. “Obviously,” he observes, “77 Wade will be a game changer because of its size.”

The thinner, stronger floors helped Next and its design team make a case for two additional storeys. The added density plus the premium tenants are willing to pay for the look and the location will defray the cost and time required to refine the design and secure buy-in from the City of Toronto’s building code officials.

Mr. Solomon says he’s not able to reveal the lead tenant just yet, but feels confident that 77 Wade will be fully leased up and profitable by the time it opens in about two years.

Indeed, while Mr. Briand points out that while there’s plenty of risk for first movers such as Next, he’s feels there’s plenty of runway for such hybrid projects, as Mr. Solomon readily acknowledges. “We’ve already got a few sites lined up.”

The tall timber project at 77 Wade Ave., owes its existence in part to a seldom-used provision of the Ontario Building Code (OBC) known as the Alternative Solutions process. It allows developers to devise technical work-arounds, provided those approaches perform as well as the minimums prescribed in the code.

Any builder or contractor can make use of this process, says the city’s chief buildings official William Johnston, adding that each application will be considered individually, in consultation with Toronto Fire Service officials.

In other words, a project approved under the Alternative Solutions process – such as 77 Wade, which exceeded the OBC height limit by two storeys and allows for the use of far more exposed wood instead of drywall – doesn’t create a regulatory precedent that other builders can simply invoke in their own applications.

But Mr. Johnston adds that his department is keen to support the city’s goal of promoting more tall-timber development. As projects such as 77 Wade move through the Alternative Solutions process, he says, Toronto building officials became more knowledgeable about emerging safety, strength and fire mitigation techniques associated with engineered timber. “Anytime we’ve gone through the Alternative Solutions process, that learning can be easily applied to another project.”

“I’ve got to give the city kudos," Cary Solomon says. "The building department is very anxious to learn about this technology. All of this stuff has to be proven.”

Mr. Johnston’s advice to other builders looking to develop tall timber projects above six storeys: “They should meet with us early in the design stage. With 77 Wade, we’ve gained experience and are very open to working with developers.” 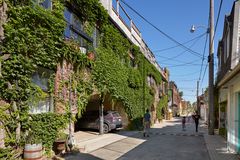 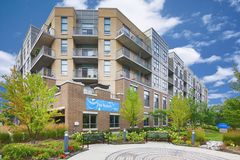 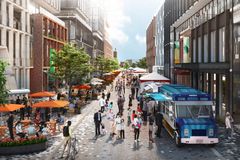