A tentative end to the wrangling surrounding a free-trade deal in North America could bolster the housing market in the Greater Toronto Area because consumers can feel a little more confident and economic anxiety has diminished.

But that optimism could be accompanied by a bump in interest rates, economists say.

Canada and the United States have agreed in principle on a new deal to replace the North American free-trade agreement.

The tentative United States-Mexico-Canada Agreement still needs to be ratified, but Prime Minister Justin Trudeau is hailing it as a pact that will secure a higher standard of living for Canadians.

Bank of Montreal chief economist Douglas Porter says the one change his team is making to its forecast as a result of the deal is one more interest-rate hike from the Bank of Canada in 2019. That increase will come in January, BMO predicts.

For all of 2019, BMO is calling for three rate increases – in January, April and July.

Mr. Porter points out that the deal comes after 13 months of sometimes fractious negotiations and waves of uncertainty for Canada’s economy. The proposed USMCA minimizes the negative impact on Canada’s economy that could have resulted from the harshest U.S. demands, he adds.

“Clearly, this is a major relief for Canada, lifting a heavy cloud of uncertainty from the outlook,” Mr. Porter said.

Mr. Porter says BMO economists have been basing their forecasts on the assumption an agreement would eventually be reached. But now, any risk to their call of 2.0-per-cent expansion in Canada’s economy in 2019 is to the upside instead of the downside.

The Bank of Canada has been rather preoccupied with the uncertainties surrounding trade in the past year, Mr. Porter says, pointing to the September policy statement that said “the bank is also monitoring closely the course of NAFTA negotiations and other trade-policy developments, and their impact on the inflation outlook.”

“This deal, along with last week’s solid run of data, all but cements a rate hike at the next policy announcement on Oct. 24, barring something truly shocking over the next three weeks,” Mr. Porter said.

The lack of certainty surrounding Canada’s economy has been permeating the housing market for more than a year now, creating long stretches of stagnation interrupted by spurts of optimism.

But the sale of luxury homes in central Toronto soared in the summer, according to Sotheby’s International Realty Canada, which reports that 35 homes sold for more than $4-million in July and August to mark a 52-per-cent jump from the same period in 2017.

In recent weeks, he says, high-end listings have remained scarce, but sales have been brisk.

Mr. Molloy says those deals have ranged in price between $2-million and $5-million.

“Sales over $4-million seem to be improving,” he said.

Mr. Molloy believes an end to the tumult surrounding free trade will be positive for real estate and financial markets in general.

“The worst thing for any market is uncertainty,” he said.

Interest rates have an impact on all price segments, he says, but the central bank has been pointing to rate hikes for some time.

Mr. Molloy says entry-level buyers keep an eye on interest rates because that will determine how much they can spend.

In the upper echelons of the market, people are likely living in a pretty nice house already, he says. They may consider moving to an even more desirable house, but that type of purchase is not driven by an urgent need. One factor in the decision will likely be whether they can do better by investing their money in another asset class.

“You can never say the cost of money is irrelevant at any level,” he said.

Derek Burleton, deputy chief economist at Toronto-Dominion Bank, says the deal could still face pitfalls and hurdles before implementation, but he is regarding it with a sigh of relief.

General reaction was swiftly positive as the deal was announced, he notes, and he expects the USMCA to have a positive impact on economic growth in Canada and Mexico in particular.

Mr. Burleton adds the tentative pact could open the door to a faster pace of rate increases in Canada in 2019.

A rate hike in October looks virtually cemented, he says, and he believes the balance of risks has shifted toward three rate hikes in 2019 instead of two. The bond market quickly came to the same view after the deal was announced, he points out.

Royal Bank of Canada notes that housing affordability in Canada has already been squeezed by rising interest rates.

The bank’s affordability measure is at its most dismal since 1990, chief economist Craig Wright says.

The ownership costs to carry a home bought in the second quarter of 2018 would have taken up 53.9 per cent of a typical household’s income. That figure is up sharply from 43.2 per cent three years ago, Mr. Wright says.

The high-priced markets of Toronto, Vancouver and Victoria have been hard-hit by rising rates, Mr. Wright says, and affordability is “off the charts.” 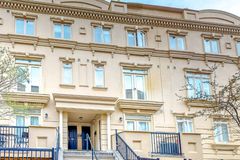 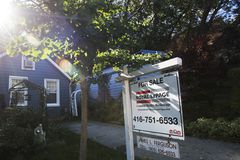