A real estate investor and co-founder of a “socially conscious” cannabis company who evicted tenants from four apartments in downtown Toronto in order to convert their homes into a proposed daycare and a gym says the process is “heartbreaking” but also, “the nature of the real estate business.”

The case puts a human face on a growing tension in the city between long-time tenants whose rent-controlled tenures have helped them avoid the rapid run-up in rental rates and real estate investors keen to find ways to break these leases. Corporate owners of rental properties are increasingly turning to narrow loopholes in the provincial Residential Tenancy Act that turn renovations into a way to permanently remove tenants.

“As housing affordability gets worse in the city, people are getting squeezed,” said City Councillor Brad Bradford, who sits on the Subcommittee on the Protection of Affordable Rental Housing. He says these so-called “renovictions” are a growing problem. “We all know someone, or know someone who knows someone, who’s been in this situation. I hear it almost every month at the Planning and Housing Committee. I hear it from my councillor colleagues; landlord wants to renovate, landlord wants to move in, landlord wants to sell. It’s the reality of living in a growing, prosperous city.”

On Oct. 9, the Landlord and Tenant Board ordered the last residential tenants of 860 College St. in the city’s west end to vacate the premises so that the building could be renovated. Ever since, Ivan Wadgymar has been waiting in the cold (the building managers turned his heat off – although they have provided space heaters) for a sheriff to come and remove his possessions. Mr. Wadgymar, a restaurateur who runs a bakery down the street, has lived in the building on and off for the last seven years as a roommate to his cousin Cecillia Jabbaz, who has lived there for at least a dozen years. He claims that he was not offered notice, compensation, or alternative living arrangements by the property manager until late in the legal process.

“I feel like people need to know more about what their actual rights are,” Mr. Wadgymar said. “Me and my cousin were under a lot of assumptions that we as tenants could have more rights or more defence. But every single thing we have tried has been thrown out the door.”

“It’s a crappy situation,” said Basem Hanna, owner of Almega Asset & Property Management, which purchased the three-storey building through a shell company in 2017. Although he has never dealt personally with Mr. Wadgymar, Mr. Hanna said his company offered a cash-for-keys arrangement to buy all the tenants out rather than resort to a formal eviction. His position is that Mr. Wadgymar and Ms. Jabbaz were “disrespectful” in rejecting those early negotiations, and that forced his representatives hands in dealing with them.

“I own many properties across the city of Toronto. Oftentimes, when I’m taking away one or two spots, I’m also adding, you know, hundreds somewhere else,” Mr. Hanna said. Mr. Hanna is also co-founder of TREC Brands (TREC stands for Trust, Respect, Equality and Compassion) which markets retail cannabis products. Operating under the corporate moniker, “Building Brands Through Social Good,” TREC claims to donate 10 per cent of its profits to progressive causes, in particular those that advance women’s equality and homelessness.

When asked how evicting low-income tenants fits with his corporate values, Mr. Hanna noted that “at a certain point, you have to say, uh, compassion has its limits, if it’s not being met on the other side,” he said. “There’s a certain point where, if you feel like you’re being treated inappropriately, you have to defend yourself as well.”

Research from real estate analysts Urbanation Inc. estimates that in the Greater Toronto Area average rents have risen about 30 per cent in the last three years, and that among recently rented one-bedroom apartments the average lease rate was topping $2,500. But prices have stayed relatively flat for the last two quarters, and are up just 6 per cent from the previous year, which Urbanation suggests could mean the city’s renters are close to hitting an affordability ceiling.

Mr. Hanna’s company had a strong legal hand in its eviction case because of the size of the building. Ontario’s Residential Tenancies Act allows for landlords to file an N13 “Notice to End your Tenancy Because the Landlord Wants to Demolish the Rental Unit, Repair it or Convert it to Another Use,” but if there are five or more apartments in a building, the regulations require the landlord to offer 120 days notice and three-months rent to evicted tenants. Because 860 College is only four units, the tenants were entitled to nothing.

“I don’t feel bad for making that decision … I do not feel bad, and I will not be made to feel bad, you know,” Mr. Hanna said. “If the courts agree with me, why is this wrong?”

In September, Almega also offered a cash-for-keys deal to tenants in a six-apartment building it owns at 1 Kingswood Ave. in Toronto’s Beaches neighbourhood. In a letter from Mark W. Melchers, partner with Cohen Highley, who also represented Almega in the 860 College case, the lawyer told tenants that the interior of the building would be demolished and the number of rental apartments reduced, and therefore they would not be offered the chance to return to their units after the renovation.

Alarmed tenants reached out to their local councillor, Mr. Bradford. “Unfortunately, this isn’t the first time I’ve been contacted about renoviction,” he said. After his office informed Almega they would be keeping an eye out for any permits filed in relation to the project, Almega’s staff sent a letter informing tenants it was abandoning the renovation plans.

Mr. Hanna cited the case as an example of Almega being respectful to tenants, although he acknowledged the number of units at Kingswood made the chances of obtaining a legal eviction more remote.

Toronto has bylaws to protect rental housing from being demolished. The city bars the granting of demolition and construction permits for any building with six or more apartments unless rental units are replaced. But there are gaps, too. Those rules do not cover buildings such as 860 College St., which sits inside the ward of deputy mayor Ana Bailao, who has decried renovictions in the past and is the city’s affordable-housing advocate. Ms. Bailao’s office was unable to provide comment at press time as to why the councillor approved the removal of affordable rental units in favour of a daycare.

Last week, Mr. Wadgymar heard that the LTB will not hear an appeal of his case, and on Monday he was notified by the Ministry of the Attorney-General that a provincial sheriff will be coming on Oct. 28 to evict him. After the order, he made a banner decrying the N13 process and hung it from his balcony facing College Street. He says he has received many expressions of support from his neighbours. While he is not hopeful about his own situation, he thinks there’s a case for expanding the RTA’s compensation rules to smaller rental buildings.

“I was shocked when I went to the hearing and saw how many people were going through this on a daily basis,” he said. “The fact that they [the landlords] don’t want to be human, or have a talk or negotiate or ... I’ve been very alone in all this, and I’ve been angry.”

Here’s what renters should know before signing that agreement to end tenancy Subscriber content
February 12, 2019 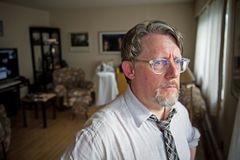 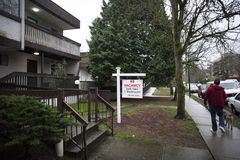 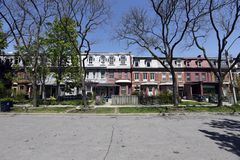