Jimmy Molloy of Chestnut Park Real Estate Ltd. recently received a call from another agent asking if he might be able to rustle up a condo in Toronto’s Yorkville neighbourhood for buyers returning from the United States.

“I often have something tucked in my pocket,” he says of the properties that never make it to the open market.

Mr. Molloy didn’t have a condo to offer but he did have a line on a house in the same upscale area near Bloor Street West and Avenue Road.

The homeowners were planning to list the house for sale when construction is finished on their new condo unit, but with that date still several months off, they told Mr. Molloy on the q.t. they would consider selling sooner if he found a buyer.

The out-of-town buyer hadn’t considered a house, but she liked the idea of having a backyard. At a price north of $5-million, the deal was done.

“It was just the perfect solution,” Mr. Molloy says. “We kind of put possibilities together. The key to success today is to be able to adapt.”

Mr. Molloy still favours the Multiple Listing Service of the Canadian Real Estate Association because it allows sellers to find a larger pool of buyers. He has two houses in the $8-million to $10-million range in Rosedale coming out on the MLS this week.

But sometimes sellers – particularly in the upper echelons of the market - prefer to keep a sale confidential. Mr. Molloy says agents have almost a virtual MLS within their ranks.

“The underlying commodity of real estate is information. We are always trading information.”

Mr. Molloy says there is a great acceptance of turn-key properties at the moment among buyers.

“They say, ‘I can just move my clothes? That’s wonderful’.”

Elise Stern, a broker with Harvey Kalles Real Estate Ltd., says property swaps that never make it to the MLS are increasingly common these days as sellers try to avoid having lots of visitors wandering through during the coronavirus pandemic.

She has found homes for buyers by keeping in touch with other agents about homes that are being prepped for sale.

Many sellers, she says, are willing to forgo a bidding war in order to avoid the work and expense of decluttering, staging and providing a building inspector’s report.

“They really don’t want people to come into their houses if they don’t have to,” she says. “If they get a certain price, they’ll sell it.”

When she represents homeowners who want to sell on the open market, Ms. Stern advises them to do everything possible to help potential buyers imagine moving right in. When the house is prepped and polished, then they set an asking price because every tiny pocket has different dynamics and momentum can shift rapidly.

“The last thing we do is decide on the price,” she says. “We wait literally to see the flavour of the buyers that week and in that micro-market.”

Ms. Stern points to the example of a neighbourhood where one house after another sells with multiple offers.

At that time, the house may appeal to another cohort of buyers: those who refuse to enter competition at all.

The price should be set to reflect the moods of buyers that week, she says.

“You can’t take your eye off it for a minute.”

Similarly, buyers have to be well-versed in the market so that if that kind of a lull occurs in a neighbourhood they’re coveting, they can move quickly. A property might not sell on offer night, for example, or a conditional sale might fall apart a few days later.

Ms. Stern is seeing quite a few Canadians who work in the United States using the opportunity to work from home to buy a property in Toronto.

Ms. Stern says those clients are planning to keep their jobs across the border but do the work from here. Some are worried about the uncertainty surrounding the upcoming presidential election and some are concerned about the severity of the COVID-19 outbreak in many parts of the United States.

“They’re putting their roots down here,” she says. “They don’t know what’s going to happen.”

Mr. Molloy also expects the Toronto market to pause around the time of the U.S. election in early November. Buyers and sellers typically take a wait-and-see approach around elections on both sides of the border, he says. After that, he expects the market to remain stable, without the mania of recent months.

In Toronto, Mr. Brown expects the divergence between the market for single-family homes and condo units to continue.

Mr. Brown points out that condo listings have surged in the city. While some market watchers have speculated that investors are fleeing these properties amidst declining rents, Mr. Brown suspects that a bigger factor is a shift in demand from condo dwellers who own their units.

Because of health concerns and increased working from home, many of those people are trying to sell apartments and purchase more spacious single-family homes, he says.

Mr. Brown says that means those condo owners are not selling under financial duress, and they may pull their listings if the price gap between single-family homes and condos continues to widen.

Even if condo prices drop in the short-term as he expects, those declines will be offset by gains in other segments due to much lower mortgage rates, he says. 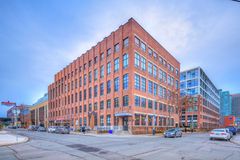 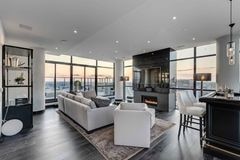 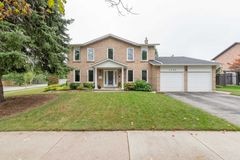