One condo building with three units on the block in the St. Lawrence Market area of Toronto illustrates how nimble agents and sellers need to be in the current real estate market.

Agent Sohail Mansoor of Royal LePage Signature Realty was preparing to sell one unit on behalf of a couple who had already purchased a house in nearby Mississauga. He advised the pair to buy new appliances and have the unit painted. A stager arrived to strategically place some art and a professional photographer shot the interiors.

They were almost ready to open the door to potential buyers. “The wrinkle in our plan was, a few days before, another unit on the same floor came up for sale,” Mr. Mansoor says. That unit was listed with an asking price of $670,000.

Mr. Mansoor says his clients were willing to sell below asking to take into account a special assessment levied on building residents to replace some windows. The issue affects the entire building, he says, and the owners were prepared to negotiate a deal. “This is not the typical easy sale.”

Meanwhile, after two weeks without a sale, the sellers of the other unit dropped their asking price to $630,000. When that didn’t bring a buyer, they took it off the market all together.

Mr. Mansoor is watching for the result. “It’s almost like trial and error – sellers are adjusting expectations until they find a strategy that works,” he says.

The dynamics in that one building are being played out all throughout the Greater Toronto Area, he adds.

Agents need to be very careful about finding the right asking price, he says. Making the property look as enticing as possible with staging and good photography is also crucial. “That should be the norm for every property being listed nowadays.”

As for buyers, they are doing lots of research and remaining cautious about overpaying.

“Logic seems to be returning to the market,” Mr. Mansoor says.

He finds that house hunters are asking lots of questions and taking the time to peruse past sales of comparable properties. "It’s an exercise in patience.”

Mr. Mansoor says that, despite the more restrained mindset that most potential buyers are adopting, some properties do sell above expectations.

The couple knew there were competing bidders and they told Mr. Mansoor they would be willing to go as high as $705,000. But they lost out to a rival and the unit sold for $732,000.

Mr. Mansoor believes that price exceeded market value. He says his clients are not unhappy with the outcome because they had a limit and they stuck with it. “They would prefer to wait for another property rather than get caught up in a bidding war.”

Joe Sammut, a mortgage broker at Toronto-based Mortgage Architects, says house hunters, real estate agents and other industry players appear to have absorbed the new “stress test” rules that were put into place on Jan. 1 for uninsured mortgages.

“I think everyone was in shock,” he says of the opening months of the year. “People today seem to be a lot more in the know.”

Some potential buyers have retreated altogether because the more stringent guidelines reduced their buying power, Mr. Sammut says. Others understand they will have less to spend and are moving ahead anyway, he says. “It’s accepted now.”

Over all, he says, listings are thin and the buyer pool is somewhat diminished. He doesn’t expect a huge rush after Labour Day but he does expect the market to pick up from a typically slow August. “I believe the fall market should ramp up nicely.”

One trend Mr. Sammut sees developing is a tendency for banks and other lenders to reject deals – even when buyers have been preapproved for a mortgage.

He says he has received an increased number of calls at the 11th hour from buyers who are struggling to find a mortgage. “What good is a preapproval if the bank’s not going to follow through and provide financing?” he asks rhetorically.

Mr. Sammut says lenders are sometimes finding a reason to turn a buyer down after they’ve already purchased a property by delving more deeply into their finances. A bank might learn, for example, that a buyer earns part of their income from commission and deem that too risky. He believes that investigation should be done up-front.

He says he works with buyers from the start to uncover anything that could become a deal killer.

As banks and other lenders tighten up their own practices after the rule changes, he has to send some buyers to a so-called “B lender,” who will charge higher interest rates and fees.

“Lenders are turning some deals down that I think should be approved,” he says.

Another worry that some buyers are grappling with is the possibility of further increases in interest rates.

Mr. Sammut discusses risk tolerance with potential buyers to see whether they would feel more comfortable with a fixed-rate or variable-rate mortgage.

A fixed-rate mortgage locks in the rate of interest for a term of five or ten years, for example. A variable rate may be lower at the outset but it can fluctuate over time as the Bank of Canada adjusts its trend-setting rates.

“It really comes down to what’s going to let them sleep at night.”

Stephen Brown, senior Canada economist at Capital Economics, expects the central bank to push ahead with another interest rate hike this year. His forecast calls for a move to 1.75 per cent for the benchmark rate in October. 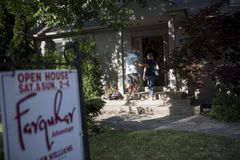 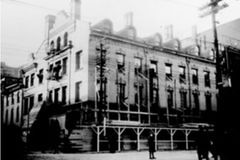 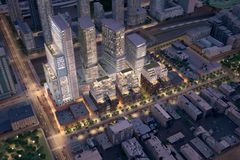