Toronto-area home buyers are gaining greater access to transaction records for properties, and to track records for agents, after the Supreme Court ended seven years of legal wrangling between the Toronto Real Estate Board and the Competition Bureau.

Canada’s top court on Thursday declined to hear an appeal from the board over a federal Competition Tribunal order on the restriction of home-sale data.

The decision means the country’s largest real estate board cannot limit how brokers use the data in its multiple-listing service, removing an obstacle for upstarts, particularly online services, competing for new clients.

Consumers, in turn, will benefit from more information on everything from price trends to listing histories and even the sales volumes and selling prices for specific agents. The decision is also expected to compel real estate boards across the country to re-examine anti-competitive policies and practices that stifle innovation and limit consumer choice.

"I would expect that given today’s decision that brings finality to this particular legal battle, they will be looking at their policies pretty closely and making sure that they are not offside the Competition Act,” said Matthew Boswell, the Competition Bureau’s interim commissioner of competition. He wouldn’t confirm whether any other actions were pending but did warn: "We’re paying attention to what’s going on outside of the GTA and we’ll take that on a case-by-case basis.”

The tribunal’s order refers only to TREB, but Mr. Boswell said that he expected the effects of the upheld ruling will be felt nationally. Brokerages in the Greater Toronto Area will be able to create data tools for buying and selling homes, innovations that currently exist in the Maritimes and in the United States.

TREB did not make a spokesperson available for an interview but issued a statement affirming that it would respect the top court’s decision: “The Court’s role is not to correct errors that may have been made in the courts below. Rather it grants leave only where its decision is likely to have an impact on society as a whole … The Order of the Tribunal will come into effect in 60 days time, unless it is modified.”

It took a series of reversals and delays for the Competition Bureau to finally declare in a Thursday statement a "decisive victory for competition, innovation and for consumers.” The case began in Sept., 2012, when the bureau brought an action to the Competition Tribunal alleging that TREB was harming innovation by restricting Virtual Office Websites (VOWs) – an alternative form of a traditional real estate brokerage office – from accessing large chunks of the data in the Multiple Listing Service (MLS) data feed, including historical-sales-price data.

In 2016, the tribunal agreed this was an "abuse of dominance.” On Dec. 1, 2017, the Federal Court of Appeal upheld that ruling and rejected TREB’s arguments that it was not harming brokers. The appeal court also ruled that privacy and copyright interests should not override the competition concerns. By declining to consider TREB’s case, the Supreme Court has affirmed the 2017 ruling.

“The MLS data that was at issue here is so much more than sold data,” said Bill McMullin, founder of Nova Scotia’s ViewPoint Realty, a VOW brokerage with 75 agents and 325,000 registered users in a province that only records about 12,000 sales a year and which also shares the kind of data TREB restricts. Mr. McMullin has long advocated that TREB allow its members to innovate with the data, as ViewPoint is able to do in The Maritimes. “It’s not lawless anarchy in Nova Scotia,” he said. "TREB is a trade organization, their business model is closer to socialism than capitalism, they want to keep a level playing field.”

Mr. McMullin argues the restrictions TREB imposes make agents manually access its own web portals to get listing data for everything from broker contact information to showing instructions. “It means more delay in acting on the request from a consumer," he said. "It should be true open competition, where businesses that take the greatest risks and make the best decisions are rewarded.”

Another section of TREB’s statement suggested the organization may still look for ways to exclude certain information.

“TREB believes personal financial information of home buyers and sellers must continue to be safely used and disclosed in a manner that respects privacy interests and will be studying the required next steps to ensure such information will be protected in compliance with the Tribunal Order once that comes into effect,” said TREB chief executive John DiMichele in a written statement. The statement didn’t clarify how it would protect this information, but brokers who spoke to The Globe and Mail said it may seek to block sites from publishing conditional sales agreements in case deals fall through.

“The privacy concerns have been litigated to the ground,” said Mr. Boswell. “I couldn’t be more forceful when I say to you that the competition tribunal rejected the privacy argument outright. The privacy concerns were an afterthought and continue to be a pretext for TREB’s adoption and maintenance of the VOW restrictions."

Canadian Real Estate Association spokesperson Pierre Leduc said the national association was studying the rulings “to determine the potential impacts on the MLS System operated by local real estate boards." That sentiment was echoed by Phil Moore, president of the Real Estate Board of Greater Vancouver, who said "We want to, as always, ensure we’re meeting any legal responsibilities we have and acting in the best interest of our members and the home buyers and sellers they represent every day.” 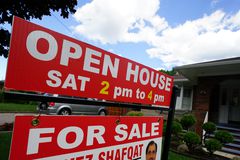 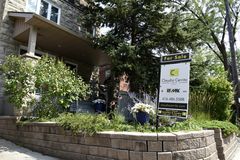