At Ontario’s Landlord and Tenant Board, regular participants almost never say the word “eviction.” The lawyers, paralegals and the adjudicators who toil there disguise the ugly truth with a euphemism; they say they are seeking a “standard order,” a ruling that gives a renter 11 days to leave their home, or be forced out.

Now, the community legal clinics that provide advice to renters at the LTB are warning the tribunal is moving with a reckless speed to evict, and a new digital-first approach to hearings is handing out “standard orders” and exacerbating an already inequitable process.

“The board is focused on scheduling as many hearings as possible to the exclusion of all other considerations,” said Tracey Heffernan, director of the provincial Tenant Duty Counsel Program (TDCP) at the Advocacy Centre for Tenants Ontario (ACTO). The TDCP is a 30-year-old community legal clinic initiative funded by Legal Aid Ontario. Before the pandemic, TDCP members were able to be physically present in hearing rooms to help tenants. When the LTB reopened in September it went almost entirely digital, and last week TDCP members from across the province shared stories about how the digital system could be accelerating evictions.

Members described such conditions as notifications routinely not getting to tenants; accommodations not being made for legally blind tenants (who cannot read the phone properly to access the dial-in system), and tenants who are ahead of schedule on repayment plans still getting an eviction order - some applications took as little as 60 seconds to result in a “standard order” and document sharing systems that require access to computers and the internet. One tenant told of having to borrow a store’s phone line to access a hearing because their cellphone plan didn’t have enough minutes to accommodate a two-hour wait to be heard.

Underlying all this, Tenant Duty counsels say adjudicators have suggested there is a “blitz”-like urgency to clear old cases. The LTB reported a backlog of 22,803 cases from the 2019-20 fiscal year. A new scheduling structure chops up a day’s worth of hearings into several different “blocks” spread across four or five time slots, organized in a way that confounds the efforts of the TDCP to provide staff in each hearing.

Andrew Hwang, ACTO’s supervisor for Tenant Duty Counsel in the GTA, cited as an example the situation on Wednesday, Nov. 18. “At 2:15 p.m., there were 57 matters from the Toronto GTA. If the LTB divided them into six blocks of hearings of all Toronto GTA matters, then the seven of us Toronto TDC could have easily provided service to all of the blocks. Instead, the LTB spread it out to 13 blocks, where some had only one or two Toronto matters. This forced us to prioritize the ones with more Toronto matters, so a Toronto tenant stuck alone in a mixed block likely would not have received TDC service if they wanted it.”

The growing volume of work has been a windfall to the specialist paralegal and legal firms that handle massive caseloads from the province’s largest landlords.

“We have expanded the team because there’s more hearings, there’s more billings … we’ve employed some extra people to get through this,” said Kevin Anderson, managing partner of paralegal firm Anderson Begg. “A lot of our clients are small landlords who have $20,000 in rent arrears - we don’t want to leave our clients without their day in court. It’s not perfect, there’s a mess still to clean up, but I haven’t seen any tenant saying ‘I want duty counsel’ and not getting it.”

The legal clinics aren’t in a position to enhance their staffing, as legal aid budgets have been slashed by the provincial government. “We do have normally one other case worker who comes and helps me, but it would take our entire staff at the clinic -- 20 plus people -- to cover all the blocks,” said Melissa Bramson, a staff lawyer at the Community Legal Services of Ottawa.

In normal years, the LTB has been described as an “eviction factory” by its critics: Its 2019-20 annual report saw 80,874 applications received, 44,621 of them were by landlords seeking eviction for non-payment of rent, 15,732 were for controversial “own-use” and “renoviction” landlord applications (more than double the number from just five years ago).

Tribunals Ontario, the part of the Ministry of the Attorney-General that manages the LTB, didn’t provide details about how many cases it is processing, or whether it has internal targets to clear the backlog.

“Adapting to a digital environment has led to a strategy leveraging the virtual hearing platform to schedule matters provincially rather than regionally,” said Janet Deline of Tribunals Ontario. “We are of the view that provincial scheduling will better serve the needs of all Ontarians for a fair, accessible and timely dispute resolution system as it provides for equitable service across the province. We understand that adjustments may be required as we continue to refine our processes and finalize the transition to a digital-first approach. We are also committed to ensuring LTB’s dispute resolution services are accessible and meet the standards of procedural fairness.”

“Despite being advised of very serious access to justice details the board has indicated their complete and utter lack of concern,” Ms. Heffernan said.

George Van Dyk could be considered lucky; he was able to connect by phone to contest the eviction application brought by his landlord Homestead Land Holdings, a company that houses more than 50,000 people across the 27,000 apartments it manages in 16 cities. He was on a break from his job as a chef at an Ottawa long-term care facility and he was able to get advice from Mr. Hwang, who is based in Toronto. But his case highlights that even with access to counsel the system can tilt against tenants.

After giving his advice, Mr. Hwang was unable to reattend the hearing, leaving Mr. Van Dyk to spar with the adjudicator, Debbie Mosaheb, and the landlord’s representative Briar Hurst, who said she is a candidate for the Law Society of Ontario.

Ms. Mosaheb criticized Mr. Van Dyk for not paying his rent arrears first after he admitted he had paid some other creditors. “I get the pandemic,” she said. “This [is] not a situation where you only fell into arrears because of the pandemic.”

Mr. Van Dyk, 50, has lived at his apartment for 10 years and never been evicted before, and says he has worked two jobs since he was 25. He says he first fell behind on his $1,044 a month rent in late 2019 after working 87 days straight and 33 double shifts before he collapsed and had a seizure. Time off to recuperate hurt his income, but, contrary to Ms. Mosaheb’s assertion, when the pandemic struck he was no longer able to work his second job at another long-term care home, effectively cutting his income in half to about $2,600 a month.

Over the summer he agreed to an aggressive repayment plan of an extra $1,000 every two weeks, but he fell behind again after paying almost $3,500 in two months.

“We have been seeing landlords asking for huge repayment plans, asking for $500 a month, when tenants are only making $800. That puts someone in a position where someone has to pay for groceries or pay for a home,” Ms. Bramson said.

Mr. Van Dyk’s proposed new payment plan of $300 a month over 15 months was not accepted in his hearing. Ms. Hurst argued that length of time was “prejudicial” to the landlord. Mr. Anderson said that his corporate clients have been willing to offer plans that spread out over 24 months, but Ms. Mosaheb agreed to issue a “standard order,” deferred to a deadline of Dec. 31. “I would suggest you do whatever you have to do to find the funds,” she said.

“The impatience of these people is completely ridiculous,” Mr. Van Dyk said after his hearing. “I guess the landlord convinced her I wasn’t worth hanging on to. They thought I was a bum or a cheapskate.” He doesn’t intend to stay in the apartment, and is looking to find a roommate to live with. “I don’t need this headache. I go to work looking after [elderly] people, make sure they are safe and fed … this is kind of a kick in the face.”

ACTO has called for the return of the moratorium on evictions as the province enters another lockdown, and has issued a report with 18 recommended reforms to the LTB’s digital-first process.

“ACTO does not support anyone being evicted into a raging pandemic,” Ms. Heffernan, while acknowledging that the LTB will continue to go through its backlog. However, “they must do so in a manner which is fair and just.” 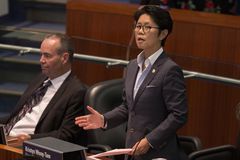 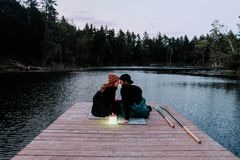 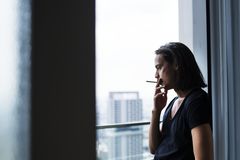