Mr. Galezowski was sitting on the front porch of his house near downtown Toronto, a few steps up from me, enclosed by the enclosure that bridged the street and his house beyond. I walked up the steps and joined him, keeping two metres distance. Mr. Galezowski, an architect whose firm is called Great Lake Studio, explained to me how having a front porch has enriched his life during the COVID-19 pandemic. “It’s our primary means of interacting with people now,” he told me. “We work out here, our son brings his easel,” and “our neighbours next door are on their porches all day. We talk.”

For people stuck at home, access to fresh air and social contact is suddenly indispensable. But this particular bit of porch life reflects a conscious choice by Mr. Galezowski and his wife, and fellow architect, Maggie Bennedsen. They built their house from the ground up, in 2019, to include a comfortable front porch. In this, they pushed against a trend of insularity and hostility from the social realm that has been affecting Toronto’s residential streets.

For the couple, there was no debate about whether to do this. “I can’t imagine not creating a street presence that engages with the neighbourhood,” Mr. Galezowski said, after we moved the conversation to the backyard. Their house is clad in black- and white-stained wood; it is a complex and very sophisticated piece of architecture that is comfortable to be inside. But they chose deliberately to be good neighbours.

That attitude is relatively rare among new houses and renovations being carried out in Toronto. That’s true for high-design custom-build houses and speculative junk. New houses in the postwar neighbourhoods of the city are big, and they’re dominated by garages; if such a house has a porch at all, it’s rarely big enough to sit down.

And even in older neighbourhoods, such as the one where Mr. Galezowski and Ms. Bennedsen live, porches are not used by everyone, as they once were.

Toronto’s Victorian and Edwardian builders and architects assumed a reciprocal relationship between house street. Their short front yards were quasi-public, forming a green ribbon along the sidewalk that was rarely fenced or divided. And the porch was not simply a way in. People spent time there.

Here's a photo by William James, c. 1910, showing two of his family members sitting out front. The front porch was a crucial part of public life in Toronto and elsewhere. pic.twitter.com/AxAKoMhokB

“They did. And that has been fading, without any attention given to it,” Mr. Galezowski said.

Why? This is connected to larger trends in cities over the past two generations. As Toronto suburbanized and turned to the car, those who drove spent less time in their neighbourhoods and more time driving to work and out to recreation. “You could dispense with that little neighbourly gesture,” Mr. Galezowski suggested to me, “and engage with the city in a café, or in a place designed for social engagement.”

No doubt, some people have carried on the idea of the street as a deeply social place – in Toronto, particularly immigrants who saw the street as a place to socialize. But porch life has been diminished.

COVID has changed that. “Suddenly, those spaces are so incredibly active again,” Mr. Galezowski said. He recalled a recent birthday party for a neighbour’s child that became “a piece of urban theatre,” bringing in neighbours from along the block to sing Happy Birthday. It’s a Utopian image – the street singing together. In a home that’s built to join in. 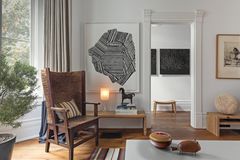 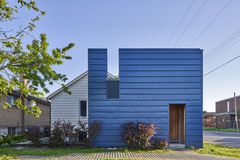 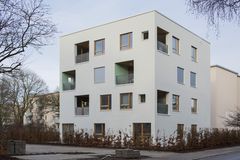