A Toronto developer is cancelling a condominium project after attempts at seeking feedback and co-operation from its customers failed.

Haven Developments began preselling units at its proposed Six25BV building more than three years ago. It faced a deadline on July 10 to avoid cancellation.

In recent weeks, investors holding presale purchase agreements for apartments or townhouses in the Six25BV building at 625 Sheppard Ave. began getting letters advising them that the closing date was going to be pushed further back – to 2023 – due to delays in planning and zoning approvals that have left the developer unable to secure construction financing.

The letters from Haven Developments, a Toronto firm with a short track record but multiple current projects, also contained an urgent warning and appeal.

“Several condominium developers have recently found themselves years behind their own timelines and facing financing challenges due to delayed timelines. These developers were forced to cancel agreements of purchase and sale and their projects outright,” read the letters, signed by Jordan M. Teperman, executive vice-president and general counsel of Haven. “We do not want to cancel, and are doing everything in our power to eventually see you walking into your new homes. But to do this, we need your co-operation.”

An addendum attached to the deals Haven has with presale buyers allows it to cancel the contracts by July 10 if it has failed to meet certain financing thresholds. The company believes it can still deliver the units, but needs more time to finish the planning process and is asking its customers to agree to amend those contracts and push the early termination conditions deadline to Nov. 14. “Essentially, we are seeking your support to allow us more time to find a resolution, therefore avoiding the cancellation of all agreements of purchase and sale,” Mr. Teperman’s letter states.

In an interview ahead of the deadline, Paolo Abate, Haven’s chief executive, felt it was too soon to say whether the building could avoid cancellation.

“It’s been a mixed bag of people wanting a mutual release, people that have spoken to us that wanted more information that have not made a decision. And others who have extended or allowed us to extend the timeline to figure this out,” he said. “It’s not a great situation … as a purchaser or a developer. We really were trying to do what we thought was the right thing. I think a developer should also acknowledge that those purchasers took a risk, whether they read the fine print or not … that those projects may have been sold prior to zoning approval or site plan approval.”

Six25BV was initially marketed to buyers in March, 2016, and units sold for about $615 a square foot, according to data from Urbanation Inc. By contrast, projects in the GTA that have begun presales in the past six months are typically selling for more than $1,000 a square foot.

Mr. Abate’s project has added close to 50 unsold units thanks to planning approvals and adjacent land purchases, so what started as a 140-unit project with about 100 preconstruction purchase agreements could end up being a 180-210 unit building.

Mr. Abate said he needed every buyer to agree to extend, or leave CUTnow, in order for the project to move ahead. To sweeten the option of mutual release, Haven offered to return the deposits with an 8-per-cent return.

“Two parties to a contract can always amend the agreement. [Haven] can’t unilaterally change it,” said Audrey Loeb, a specialist in condominium law at Shibley Righton LLP. “I’ve never heard of anyone offering your deposit plus 8 per cent – that’s a new one for me. Typically, you cancel a whole building, you don’t do it piecemeal. So my guess is if they don’t have enough agreement by the 10th, my sense is they will probably cancel the building.”

That is not what Mr. Abate said he wanted to see happen, but the hard deadline loomed.

Indeed, by Thursday Mr. Abate confirmed that his company now intends to cancel the project. “Despite our best efforts to secure the necessary support of our purchasers at 625BV to agree to extend the early termination deadline as per the agreements (or accept our offer to sign a mutual release), the response was far from sufficient to amend all agreements,” he wrote in a statement.

“As such, and on advice of counsel, we issued a letter to all remaining purchasers advising that the project was cancelled. We also met with, and advised Tarion, of this difficult decision and our efforts to avoid such a result.” 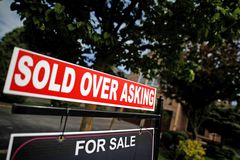 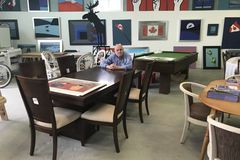 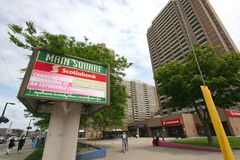