The sluggish spring housing market in the Greater Toronto Area has suddenly come to life.

May looks set to be a spirited month in real estate after sales in the GTA jumped 16.8 per cent in April from a subdued April, 2018.

David Fleming, a real estate agent with Bosley-Toronto Realty Group Inc., says he has 13 properties – ranging from small condo units to large houses – set to hit the market in May.

“That’s certainly more than I’ve had in as many months as I can remember.”

Mr. Fleming expects May and June to be hectic after a quiet start to the year. Listings have spiked dramatically in the past week, he says, and the new arrivals should in turn entice more buyers off of the sidelines.

Mr. Fleming says the late arrival of spring blossoms may be encouraging some homeowners to list after an unseasonably chilly April, but he thinks weather is only a small factor.

“I think there are just so many people out there who think it’s the best time to sell.”

The quality of listings has also improved, in Mr. Fleming’s opinion.

For months now, many of the properties on the market have been what market watchers deem low quality, ranging from reassignments of units under construction in the condo market to newly built houses being relisted again and again when they fail to sell.

Mr. Fleming has been working since December with one couple with a $2.5-million budget and a goal of buying in the family-friendly neighbourhood of Leaside.

“I have shown them three houses and we’re now in May,” he says. “These people are ready to write a cheque tomorrow.”

New listings rose eight per cent last month compared with the same month last year, but the Toronto Real Estate Board points out that the annual growth rate of sales outpaced the rise in new listings. That dynamic means market conditions are tighter and price increases may accelerate, TREB says.

TREB president Garry Baura says the sales spurt in April may represent some catch up from a slow start to the year. Still, the association expects 2019 sales to better a torpid 2018.

Jason Mercer, TREB’s chief market analyst, notes that while April sales were an improvement on last year’s tally for the same month, they remain well below April levels for much of the past decade.

One notable shift is the resurgence of detached home sales, which rose 22 per cent in the GTA in April compared with the same month last year. The average price of a detached property slipped 1.3 per cent last month compared with April, 2018.

Condo sales had a cool 2.6-per-cent increase in the central 416 area code in April compared with the same month last year but a 16.7-per-cent advance in the suburban 905 region in the same period.

But while the sale trends diverged, the average price of a condo in both areas remained in tandem: the average price in the 416 rose 5.8 per cent year-over-year in April, with a similar 5.7-per-cent increase in the 905.

But while April’s activity was an improvement from the action in March, Mr. Fleming says agents need to craft a strategy for each property.

Results are still unpredictable, he says, pointing to two condo units that he listed on the east and west side of town. Both units were in the $850,000 to $900,000 range, he says and he had spent three or four weeks on sprucing up each property.

The two were similar in style and each arrived on the market around the same time.

The unit on the west side sold in one day for a record price for the building, he says. The unit on the east side had a handful of showings and no offers so far.

To Mr. Fleming, there is no obvious answer for the departure, except that the market is fickle right now.

His colleague at Bosley sold one downtown condo that received 12 offers last week.

The only properties that reliably spark bidding wars are at the low end of the price spectrum.

“The lower the hotter. That hasn’t changed.”

The rare condo unit or house will sell with multiple offers, but competition is by no means guaranteed – even when agents dangle an artificially low asking price in order to get attention.

Mr. Fleming says he will use different strategies for the various properties he is listing in May, depending on the location, price range and condition.

Many sellers say they want a bidding war, he says, but that only happens organically if the conditions are right, the property is unique and there’s a deficit in that portion of the market.

“The market’s not just going to take it to the moon.”

A perplexing new twist Mr. Fleming has noticed this spring is that some homeowners are opting to forgo a home inspection before the property hits the market.

Mr. Fleming says one of his own clients questioned why he would want to list everything that’s wrong with his home.

“I told him, ‘Hands down, reputation on the line – you will get more buyers,’” Mr. Fleming says, stressing that house hunters want honesty and transparency.

Providing an inspection report will also give buyers the peace of mind to place a bid without conditions, which means less uncertainty for the seller, he adds.

“If you’re not putting an inspection from a reputable firm right out on the counter, you need to give your head a shake.” 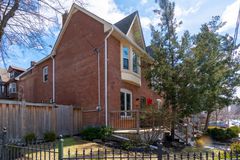 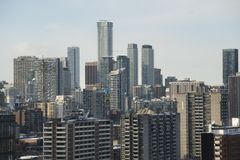 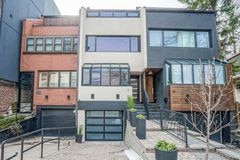