Not long ago, on a baking hot summer day, Gary Pieters sat on a public bench surrounded by soaring new residential buildings in downtown Toronto when he smelled something horrid coming from the public garbage bin nearby.

It was overflowing with dog poo.

“I left after about five minutes,” he said. “You can smell the stench.”

As the number of dogs increases in dense, vertical communities, real-estate developers and condo managers are starting to look for ways to deal with a persistent problem: dog poo. It builds up in public garbage bins, contaminates recycling and sometimes isn’t even picked up at all.

“It’s an every day [problem]," Mr. Pieters said. “When you walk, you have to look down. It’s on the floor, in the park, in the grass, in the elevator.”

There are more than 230,000 dogs in Toronto, and increasingly they are living in dense vertical communities. Green spaces, where dog owners bring their pets to do their business, are particularly rare around many high-density urban developments in the city centre, contributing to a build up of dog waste in public areas of many condo buildings.

To deal with the the poo predicament, developers and condo boards are installing custom containers to hold the waste, creating special spaces for dogs to go to the bathroom, and some have even resorted to DNA testing the building’s pets.

Living two dozen floors up, it’s a trek to bring a dog down to the street and to the nearest patch of grass to do its business. Adam Taylor used to live on the 27th floor of a condo complex in Toronto with his two dogs: a border terrier and a golden retriever.

“I noticed a lot of people around me letting their dogs pee on their balcony,” he said. "It caused a lot of problems for property management because when it rained, these people’s balconies that had poop and pee all over them, it would just flow down the balconies underneath them.”

As a solution, he started selling Pooch Patch: a patch of grass in a container that dog owners can place on their balcony. It saves them the trip down to the street and keeps waste from building up in public spaces.

“Pooch Patch is the solution to contain the waste – that’s the major problem: It’s not contained, it’s spread out all over the condo property,” Mr. Taylor said.

It’s also a subscription service: Dog owners can buy the patch and have a new one sent at a regular interval when the last one is soiled.

Some developers have expressed interest in purchasing PoochPatches for entire buildings: offering them to every dog owner in an attempt to manage public waste, Mr. Taylor said.

It’s not the only solution developers are considering. At River City 2, east of downtown, residents who own dogs must submit a swab of their pet’s DNA to PooPrints. DNA from all the dogs in the building are kept on file. If a stray poo turns up where it shouldn’t, managers cross reference the DNA in the feces with the DNA database of dogs in the building to find the culprit pooch and owner.

It’s an incentive for dog owners to pick up after their pets according to Garry Bradamore, president of PooPrints Canada.

“When they institute the program … the entire culture changes in the building. Everyone becomes more responsible because they know there’s an accountability,” he said. “Immediately, everyone starts picking up [dog poo].”

By the end of 2019, several hundred residential buildings – most of them in the GTA and in Western Canada – will be using PooPrints, Mr. Bradamore said.

PooPrints is part of Revill Group, a company that offers other pet-related services to developers and property managers – many of which help address the problem of poo buildup – including PetTurf, a synthetic pad on which dogs can do their business that’s then cleaned off with an anti-microbial solution.

Not only is dog poo unsightly and foul-smelling, it’s also a health risk. According to the Canadian Public Health Association, it can be carried off by rain or runoff, contaminating water supplies and increasing the risk of infection to children and even other dogs.

Some municipalities, such as Mississauga, have tried to keep the poo from piling up in public spaces. The city recently installed underground bins in 13 locations. To date, the bins have collected almost six metric tonnes of dog waste.

The new bins don’t take up much space: picture a pipe with a small opening at the top through which poop bags are dropped. They land in a underground concrete drum. The cooler temperature of the subterranean container keep odours under control, according to Steven Cseresnyesi, vice-president of Sutera North-America, the manufacturer of the bins.

“If you just put it in a garbage can, it smells really quickly because it bakes in the sun," Mr. Cseresnyesi said. “If you put it in our [bins], it’s out of the sun and away from any rodents or insects and things.”

The solution resonated with Daniel Fusca, member of the condo board at Canary District Condos in Toronto, where he estimates more than a third of the units have a dog.

“We were finding that a lot of dog owners were throwing their bags with their dog waste into the garbage bin in our elevator lobby, which was creating unwanted odours," he said.

They recently installed Sutera containers at the entrances to the condo.

The bins are large. They can hold and store dog waste for six weeks or more, depending on how often they’re being used. When full, Sutera vacuums out the dog waste and brings it to a processing plant where it is turned into energy and fertilizer.

In some new development areas, such as CityPlace in downtown Toronto – where Mr. Pieters lives – improper disposal of dog waste fuels tension between dog owners and non dog owners.

Scott Higgins, president of HIP developments, said dog waste hasn’t been on developers’ radar as a major problem until recently. His company is working on a condo project in Waterloo called Circa condos. They’re planning on installing a Sutera dog-waste collector bin on site, anticipating a vibrant pet population. Mr. Higgins said he’d consider installing dog-waste disposal bins at any urban project where it is likely to be an issue.

“Everyone’s ignoring [dog waste solutions] right now. … You go to some urban environments where there’s lots of condo buildings and it’s disgusting,” he said. “I just think a prudent developer needs to start thinking about what to do with dog waste.” 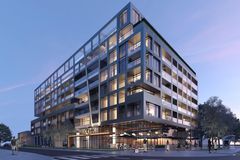 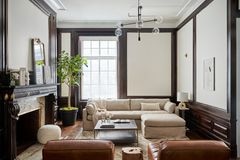