House hunters in the Toronto area seem apprehensive that they might overpay for a home in a lacklustre market. Homeowners are hesitant to sell now and risk missing out on a bigger payday if the market rebounds in the coming months.

Patrick Rocca of Bosley Real Estate Ltd. says the action has been so unpredictable so far in 2018 that agents don’t really know what to expect for the second half of the year.

“Everyone says we’re heading into the summer slowdown. I say we never had the spring startup.”

The process of getting to a signed agreement is more drawn out than it has been in years.

“Buyers, I think, are a little scared.”

But after a cool spring, Mr. Rocca is seeing glimmers of optimism so far this month.

“June has been my busiest month this year.”

The numbers also show that sales in June seem to be making up in part for the long-delayed spring market.

John Pasalis, president of Realosophy Realty Inc., says sales in the first two weeks of June slipped 2.6 per cent compared with the same period last year. New listings dropped 21 per cent from June of 2017, he says, while prices are flat.

Mr. Rocca has seen an increase in the number of bargain hunters who are watching for properties that don’t sell on the night scheduled for reviewing offers. Then they lob an opening salvo far below asking.

In the Leaside and Davisville areas in midtown Toronto where Mr. Rocca does most of his business, he has dispensed with the strategy of setting a low asking price with a scheduled offer date. He chooses asking prices that he estimates at fair market value and even then potential buyers are approaching the table with offers as much as $300,000 below asking.

“We’re starting to see stupid, lowball offers a week in.”

That tactic only serves to make the sellers irate, he says, and chokes off the possibility of a negotiation.

Meanwhile, the buyers and sellers who do come together to ink a deal have to endure a more gruelling process. Many offers come in below asking, with conditions attached.

“The deals are harder. Things fall apart on financing. Banks are being sticklers,” says Mr. Rocca.

He recently sold one house above the $1.3-million mark. The sellers accepted the only offer they received, which was conditional on financing. The buyer backed out after the bank refused to give him a mortgage for the amount he was seeking.

Sellers used to be able to count on developers and renovators to enter the fray of a bidding contest, but not any more, says Mr. Rocca. Many are reluctant to buy a property in order to renovate or rebuild because they have watched their previous projects languish.

“Smart ones are all on the sidelines right now and they’re scared.”

The brighter start to June comes after a dismal May, which marked a five-year low for Canadian home sales, according to the latest numbers from the Canadian Real Estate Association.

Sales were suppressed across the country after the federal banking regulator introduced a “stress test” that makes it harder for buyers seeking uninsured mortgages to qualify for financing, according to the industry association.

That activity stood 5.5 per cent below the 10-year average for the month of May, CREA says, adding that sales were down from last year in about 80 per cent of local markets, with the Lower Mainland of British Columbia and the Greater Golden Horseshoe region of Ontario suffering most.

Mortgage rates have also been rising in 2018.

“This year’s new stress test became even more restrictive in May since the interest rate used to qualify mortgage applications rose early in the month,” says Gregory Klump, chief economist at CREA. “Movements in the stress-test interest rate are beyond the control of policy-makers. Further increases in the rate could weigh on home sales activity at a time when Canadian economic growth is facing headwinds from U.S. trade policy frictions.”

As an illustration of the recent strength, Mr. Rocca says he sold four properties last week and they all drew multiple offers. Of those, three sold above the asking price. That marks the first time in two months he has sold a property above asking with multiple offers, he says.

One property drew rival bids but still sold below asking.

Mr. Rocca is not sure why June sales appear more brisk but he thinks the improving weather might be putting buyers into a better mood. A few people may also have been waiting for the results of the Ontario provincial election, he adds.

Mr. Rocca says he had been expecting the spring market to pick up more than it has. Agents had been expecting March to be sluggish because so many holidays fell into that month. Then the school March break, Easter and Passover all came and went. The rush never came.

“We’ve been flat for a long time.”

Mr. Rocca knows potential sellers who are thinking about selling but a few have decided to put off listing until the fall.

“Some say it will pick up in the fall. I don’t know where they’re getting that rationale.”

Still, he cautions sellers that they can’t expect the lofty prices and dozens of bids that houses were fetching in the first four months of 2017. In Leaside and Davisville, he is not setting an offer date and he’s blunt when he tells homeowners where he would set the asking price.

Looking ahead to July and August, he’s not sure what will happen in the market. People are already keeping an eye on interest rates so he doesn’t expect any big shocks there. He doesn’t believe that buyers in Canada are unsettled by the political turmoil in the United States or the uncertainty surrounding a new North American Free Trade Agreement.

“I think we’re just going to continue to chug along. I don’t think there’s any more downside.”

But he does have some advice for people who hope to buy: 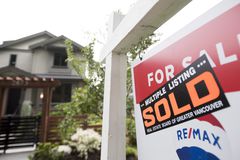 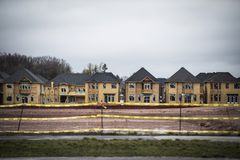 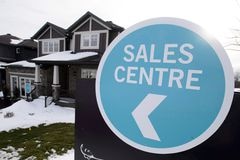