It may be too soon to expect real estate listings to stream onto the Canadian market this spring as warm weather wafts in.

Fighting the coronavirus pandemic is still the top priority for many people across the country. In Toronto and surrounding cities, some homeowners are hesitant to list their properties for sale.

Elise Kalles, broker at Harvey Kalles Real Estate Ltd., says new listings are arriving but they are still tight in every segment at her firm.

Ms. Kalles, who concentrates in the luxury market, says the top tier in Toronto is made up almost exclusively of local buyers who want to improve their surroundings while they spend most of their time at home.

“My big sales this year were people in Toronto upgrading,” she says.

Ms. Kalles has sold properties in the past year at prices between $7.5-million and $20-million or more in such areas as Forest Hill, the Bridle Path, Casa Loma and Yorkville.

This spring, the buyers are still seeking those havens, but competition is intense. Empty nesters who were planning to move into condos have delayed those decisions so that they can have family visits outdoors, she says.

“They say, ‘our children come on weekends. They can use the pool and the gardens and we can entertain outside.’”

Throughout the pandemic, Ms. Kalles has seen an increase in off-market transactions. Some homeowners may be interested in selling, but they prefer to do so without a sign on the lawn or a large number of visitors.

Throughout the past year, some homeowners have been reluctant to have their homes appear on the public Multiple Listing Service, she says, so she quietly posts those to a Facebook group that agents have formed to share information about the homes that are listed on an exclusive basis.

“If I get a new listing, I put it on the site and all the agents who work in the price range see it,” she says. “And agents call each other – I’m going to be listing this; I know you were looking for that.”

In the lower price ranges, the bidding wars that are so commonplace in Toronto this spring are extremely stressful for agents, she says.

Representing buyers can be very challenging when competition is strong, says Ms. Kalles, who now helps the children and grandchildren of her long-time clients to buy their first homes.

Many people are asking her if she believes the market is too frothy. In her opinion, the current low supply has put upward pressure on prices, but the Toronto market is not in a bubble.

She believes it will remain strong throughout the coming year – especially when immigration picks up again. Still, she doesn’t like to see buyers carried away by emotion.

“You have to come to a point, if you’re a responsible agent, when you say ‘stop bidding. You’re already over-paying – don’t get carried away.’”

Ms. Kalles says she reminds young buyers of the changes they may have to make to their lifestyles in the future.

“What if interest rates go up? And they can. What do you do then?”

Interest rates have been so low for so long that some people – especially younger generations who have never seen lofty mortgage rates – have trouble believing they will ever climb, or how perilous a buyer’s financial circumstances can become if they do.

“They have to believe it,” she says of the facts she delivers. “The market goes in cycles.”

The slight uptick in interest rates the Canadian market has seen recently has not been enough to slow momentum this spring, says Rishi Sondhi, economist at Toronto-Dominion Bank, who notes the nation’s housing is still deeply-entrenched in sellers’ territory.

In March, new listings rose 7.5 per cent from February, according to the Canadian Real Estate Association, while sales increased 5.2 per cent in the same period.

At the same time, however, months of inventory dipped to 1.7 months – the lowest on record, Mr. Sondhi says.

Mr. Sondhi predicts that prices will continue to rise in the near term because of the low inventory and high demand.

April and May are shaping up to be interesting months in the Canadian housing market, he adds.

On the one hand, the prospect of a stricter stress test on uninsured mortgages – which could be in place for June 1 – could pull forward some sales as buyers rush to get in before the deadline. That trend would keep prices buoyant.

On the other hand, the economist cautions, the third wave of the pandemic could weigh on activity.

“We anticipate some cooling in sales starting in the second half of the year as rising interest rates begin to bite. This should also sap some steam from price growth.”

CREA’s senior economist Shaun Cathcart points out that the rebound in listings this spring could be a sign that pent-up supply is finally being released.

During the past year, people who did not have a home in which to ride out the pandemic really wanted one, while so many of those who did have a home to hunker down in were not inclined to give it up.

“It stands to reason then that as the uncertainty caused and danger posed by COVID wind down, some owners who would not sell during a global pandemic will emerge with properties for sale, while at the same time, some of the urgency on the demand side could dissipate.” 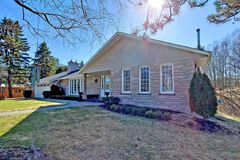 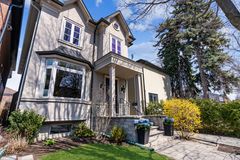 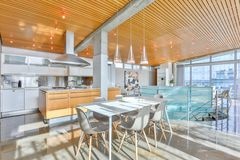