Remember the Toronto of the 1960s and 70s? It was a quieter place. There wasn’t as much traffic, there were only a few bohemian neighbourhoods to explore, and interesting restaurants were in predictable places.

I remember it too, barely.

But Toronto is growing rapidly – there are currently 97 construction cranes in the city to Chicago’s 40 and New York’s 20. Often, the city makes it onto international “best of” lists, and there are now dozens of cool neighbourhoods to explore.

So, it’s no surprise that strange things are happening; 50- and 70-storey towers sneaking in behind Yonge Street storefronts; a proposal for a park that "floats" over the railway lands is being considered, and a software giant is hungrily eyeing a prime waterfront site on which to build a futuristic community. And restaurants are popping up in unexpected places, too, such as department store lobbies (Leña at HBC downtown) and transit hubs.

To wit, harried commuters at Union Station – Canada’s busiest hub with more than 300,000 visitors passing through daily – are now being asked to slow down, take a seat, and contemplate a paper menu rather than a back-lit fast food board.

“It’s letting everybody else get home quickly, have a good experience, get on a later train,” said Anwar Mekhayech of DesignAgency. “That’s definitely something we talked about.”

Mr. Mekhayech is referring to conversations with the owners of Union Chicken and Amano (which includes Carbon Bar owner Yannick Bigourdan and former Grand Electric executive chef Michael Angeloni), who hired him to design their new subterranean restaurants.

Tucked into one of Union Chicken’s cozy banquettes with purple cocktail in hand (as corporate drones ignored his good advice and blew past the window), Mr. Mekhayech recalled the strategy: “We could walk out onto King Street right now …that was the goal,” he said, scanning the dark room and thinking of the popular restaurant strip a few blocks north.

With a low, coffered ceiling, a patchwork of tinted and frosted windows, shiny-green tiled bar, and hexagonal clay floor tiles, there is something familiar about the space, but it’s not King Street that comes to mind. Nope, Union Chicken feels like the 1970s family restaurants my mom would take me to after I’d been extra-good at the dentist; places that used real cloth napkins, yet didn’t mind us rug rats wiping our chocolate-sundae-stained lips all over them.

“It has a little bit of a retro vibe to it,” Mr. Mekhayech admitted, pointing to the gold veined mirror above our heads.

But rather than crinkle-cut fries and a banquet burger, the food here is upscale, whether it’s plated or packaged for GO train-goers. But don’t take my word for it: the Toronto Star’s food critic, Amy Pataki, called it “tasteful and detailed,” with chickens “as bronzed and big-breasted as a Venezuelan beauty queen.” No wonder it’s packed on a Tuesday night.

Across the hall, the same owners are dazzling diners with the bright white décor of Amano. Completely the opposite of Union Chicken, here the brain-frying lighting of Union Station’s York Street Promenade is welcomed inside, since the space is meant to evoke a pasta factory or bakery.

“I remember going to Silverstein’s [a former Toronto bakery] when I was a kid and buying a bag of buns, and being on the bakery floor – that’s what I was thinking when I designed this,” said Mr. Mekhayech, who travelled to London to study fast-casual restaurant design. “We want there to be no breaks between the front and back of house.”

Indeed, the “back of house” is on full display to commuters via large windows: in the wee hours of the morning and throughout the day, chefs pound, roll and form pasta, and then hang it up like clean laundry so it can be bagged and sold later on.

“It’s kind of hypnotic,” Mr. Mekhayech said with a laugh. “People will come and take a five-minute break and watch them.”

While there won’t be sausages hanging, Wvrst co-owner Aldo Lanzillotta said his plan is to lure those same people with the twisting and salting of house-made pretzels in his big window, once construction hoarding comes down later this year on his new shop across the corridor from Union Chicken.

The popular King Street tube steak eatery is also rethinking how to attract people, whether for a grab-and-go morning coffee, or a sit-down dinner before the ball game. With Wvrst co-owner Salvatore Tino, Mr. Lanzillotta took a chef and a manager on a research trip to Germany and Austria: “We went to train stations there to see how things work so that we could bring that back to [our design firm] Giannone Petricone … we wanted to make it more of a European feeling with this location.”

Decor-wise, Mr. Lanzillotta confirmed that while the communal, beer hall style tables and popular red-tiled wall at the King Street place will remain – “It’s unbelievable how many people take pictures in front of that wall” – the bar will now be a “focal point” as well so that, once thirsty folks are drawn inside, their gaze can be directed to a display case full of pastries (a new item for them), or the fridge crammed with custom sausages.

Of course, these delicious new realities at Union Station would not have been possible without the “dig down,” which began in 2010 and was supposed to be finished by now. With a total cost that may exceed $1-billion, the dig adds an entirely new subterranean level to the station, plus expands the existing one; crews achieved this – while trains above were still running – by reinforcing or replacing almost 500 concrete columns. When it’s done, a whopping 160,000 square feet will have been added to the the underground PATH system.

But will non-commuters warm to 21st century Toronto’s idea of dining out at the train station?

“The numbers are staggering of how many people are moving into the area,” Mr. Lanzillotta said.

Also, added Mr. Mekhayech, the new Union Station is sexy, different, and local; in the past, food courts would simply select from a “list of standard tenants, and a lot of them were owned by the same company.

“Since the advent of food trucks, they were really the driving force for a lot of [change] in my opinion … that whole food court concept got broken down, and now it’s food halls.” 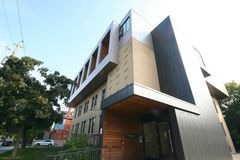 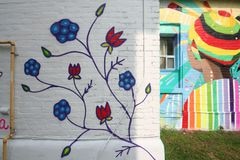