Defeated house hunters in Toronto and Vancouver who feel that the supply of affordable homes must be shrinking aren’t entirely imagining the phenomenon.

Beata Caranci, chief economist at Toronto-Dominion Bank, says the houses listed for sale are increasingly tilted towards the upper end of the market. Her report, entitled Moving on the Monopoly Board: Buyer Gridlock in the Toronto and Vancouver Housing Markets, illustrates how the change is shifting the way people get onto the property ladder and how they climb up once they get there.

Ms. Caranci was prompted to drill into the numbers behind the vanishing listings after hearing so much about the lack of supply that continually frustrates house hunters in the two cities.

“You keep hearing it’s a sellers’ market but the sellers have to go somewhere.”

Ms. Caranci says it’s still common for people to buy an entry-level home with the thought of trading up as babies come along, incomes rise or other lifestyle changes unfold. 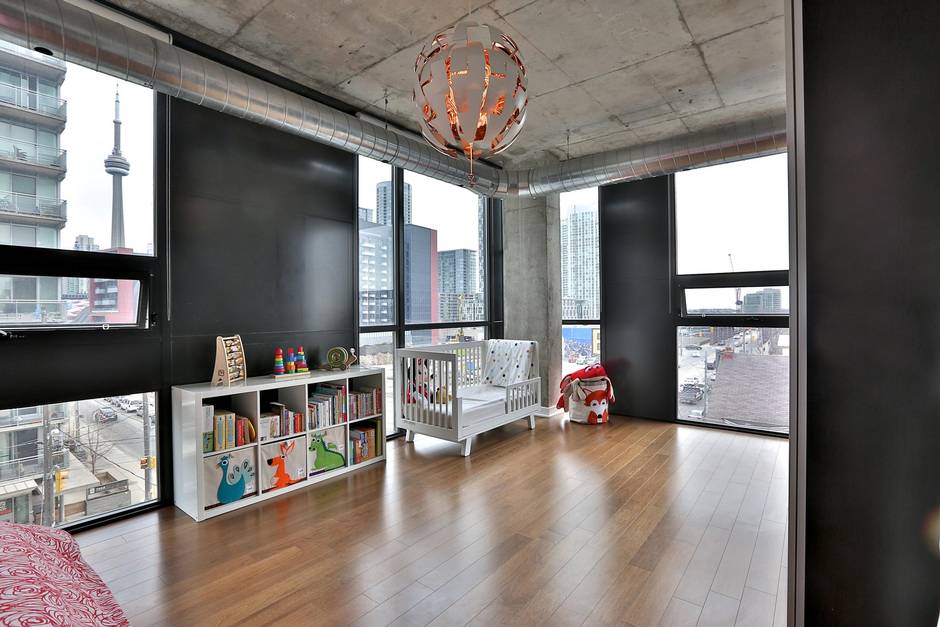 60 Bathurst St., unit 412, Toronto. As the cost of a detached house rises in places such as Toronto and Vancouver, people are turning to condos as entry-level homes.

Part of the reason for the divergence is that, for more and more first-time buyers, condo units are the new entry-level home. On average, it costs twice as much to purchase a detached house as a condo in the Greater Toronto Area, she says. In the Greater Vancouver Area, that price gap has widened to three times.

A single-family home is selling for 12 times the average income in the GVA and 8 times in the GTA.

Traditionally, a starter home can also be a smaller single-family dwelling.

Ms. Carnaci also points out that, despite strong price appreciation in the entry-level house, the move-up house becomes farther out of reach. Once homeowners factor in the expenses that come with trading properties, people need to take on a huge mortgage to make the leap, she says, and in return they’ll have only a modestly better home and neighbourhood.

It makes more sense to stay put and renovate or live with the house as is, she says.

This “buyer gridlock” is shifting the way people get onto the property ladder and how they climb up once they get there, she says.

Ms. Caranci says it’s obvious from all of the dumpsters and construction vehicles in her own Toronto neighbourhood that lots of people are renovating – and she knows the sight is just as common in other areas of Toronto and Vancouver.

Ms. Caranci adds that the renovations people undertake these days are all-encompassing. Homeowners will put an addition on the back, build up or excavate the basement for more square footage. As they turn a tiny bungalow into a two-storey house, they also significantly improve the amenities.

The effect of all of these improvements is to pull more supply out of the first-time buyer’s market.

The change is forcing people “out and up” – out into suburbs and up into condominiums. People who are already in the property market aren’t able to trade up the way previous generations did.

“It really hit home for me how difficult that trade-up step becomes.” 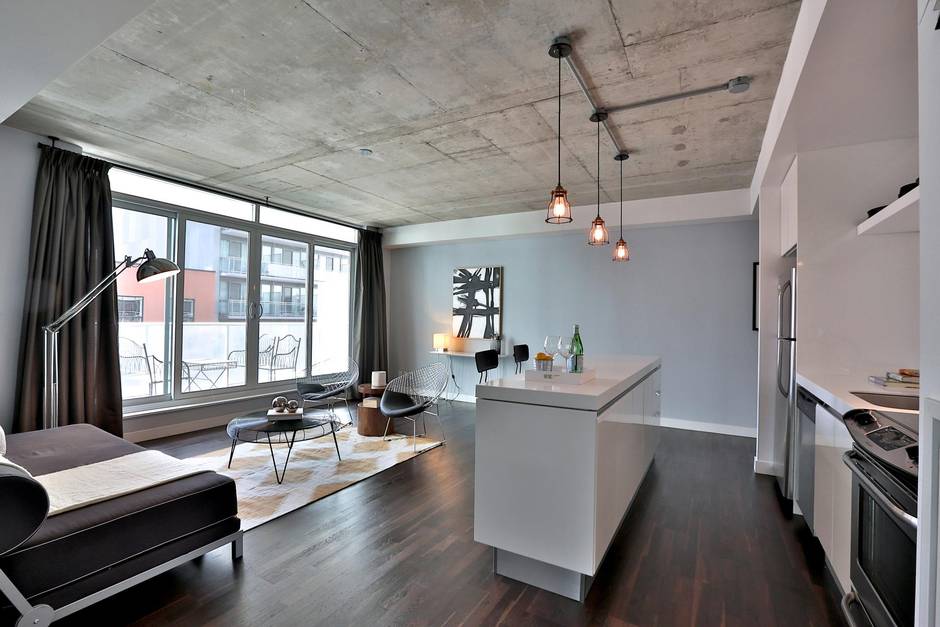 75 Portland St., Toronto, suite 424. A changing real estate market is forcing people 'out and up' – out into suburbs and up into condominiums.

The impact will push Canadian cities farther in the direction of some international capitals where swelling populations and land constraints combine to make it so that the people who work in Toronto and Vancouver have less ability to buy the real estate.

Still, Ms. Caranci says the lack of affordability will likely cool the market.

“It’s pushing far too many buyers out of the market.”

But she doesn’t see more than a modest cooling. Only a countrywide economic recession is likely to bring about a down-cycle, she adds.

Ms. Caranci points out that the Vancouver and Toronto real estate markets both saw double-digit price declines in the aftermath of the 2008 financial crisis but the pain was short-lived and not severe. The next downturn could bring a greater drop – especially if a lot of investors exit the market or significantly scale back their buying, she says.

“The leverage is so much higher and the price appreciation has been so much stronger.”

Still, she doesn’t see a looming threat while interest rates remain so low.

Ms. Caranci says that a downturn in the housing market is unlikely to narrow the gap between the condo and single-family market. In fact, the gulf could widen.

Ms. Caranci says a correction of 10 per cent or 15 per cent is unlikely without a shock to the economy.

“The way you unravel it is so much more difficult to see.”

There are few signs of unravelling at the moment.

In some neighbourhoods, the condo market is so lively these days that sellers of prime units can draw multiple offers without having to go through the hassle of officially putting their place on the market.

The breathtaking pace of sales has only intensified through the spring.

“The climate of the market has changed so much in two months,” says Christopher Bibby, an agent with Sutton Group Associates Realty Inc. 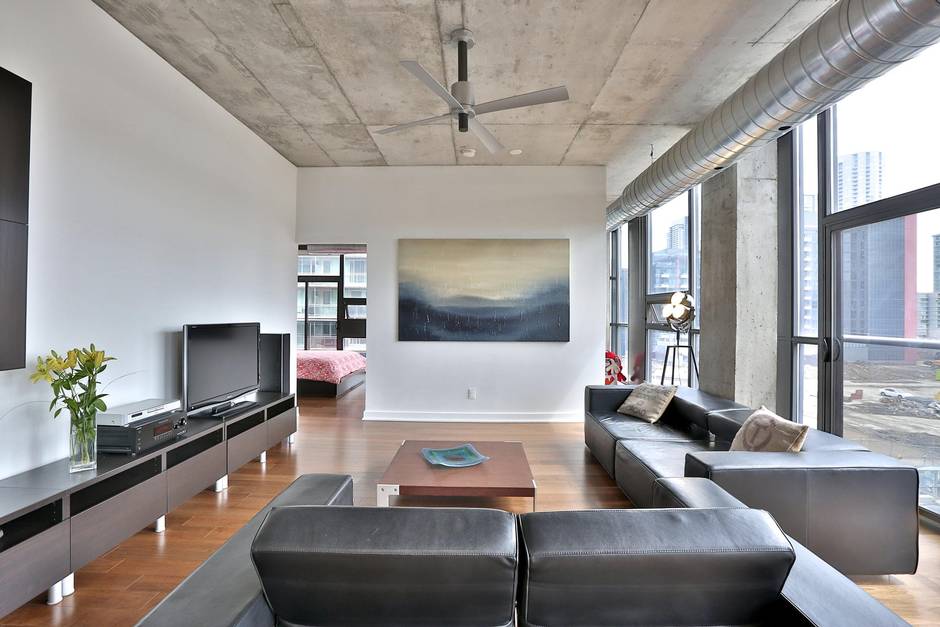 60 Bathurst St., Toronto, unit 412. The lack of affordability in the real estate markets in Toronto and Vancouver is 'pushing far too many buyers out of the market,' Beata Caranci, chief economist at Toronto-Dominion Bank, says.

He saw the intensity of buyers and their agents recently when he sold three very similar one-bedroom-plus-den units in different buildings in the King West area.

After his listing at 75 Portland St. sold for $620,000 on the first day with two offers, agents called Mr. Bibby to express their disappointment that it sold before they had a chance to show it to their clients.

Mr. Bibby says the agent who represented the buyers knew there would be a line-up of agents who wanted to see it. He showed up with an offer slightly above the asking price of $619,900 and said it was on the table for exactly 1 1/2 hours.

“And good for him – rightly so,” Mr. Bibby says. “They moved quickly. In this market, that’s what you have to do.”

Shortly afterward, another unit came up at 60 Bathurst St., and Mr. Bibby let the same bunch know as he launched it on the multiple listing service of the Canadian Real Estate Association.

Within four hours, the agent who lost out at 75 Portland had purchased it – for himself.

Again, Mr. Bibby had a flurry of calls from agents saying, ‘We could have sold it – what happened?’ So that got Mr. Bibby thinking about clients who had purchased a lower penthouse at 650 King St. W. a few years ago. The unit had wonderful views from the wraparound terrace, he says. “It was a beautiful, beautiful space.”

He called to say if they were ever thinking about selling, this would be a good time.

“There are people who want what you’ve got,” he told them.

The couple have a baby and they didn’t want to contend with open houses or people barging in on nap time.

They said they would consider selling – but only if Mr. Bibby could drum up offers privately, and not for less than $650,000.

Mr. Bibby made three calls and all three agents said, “Get me in.”

The couple cleared out all of the baby gear for one day and left it to Mr. Bibby to show the three agents through.

Later that night, two of the three submitted offers and the unit sold for $660,000.

“It was just a string of agents who had lost out on other buildings,” Mr. Bibby says of the domino effect.

In the even more insanely competitive market for single-family dwellings, real estate agent Davelle Morrison of Bosley Real Estate Ltd. draws up an offer before her clients even see a house. She takes it along to the viewing so they can bid on the spot if they’re interested.

She finds that sellers at the moment have high – and, in some cases, unrealistic – expectations. 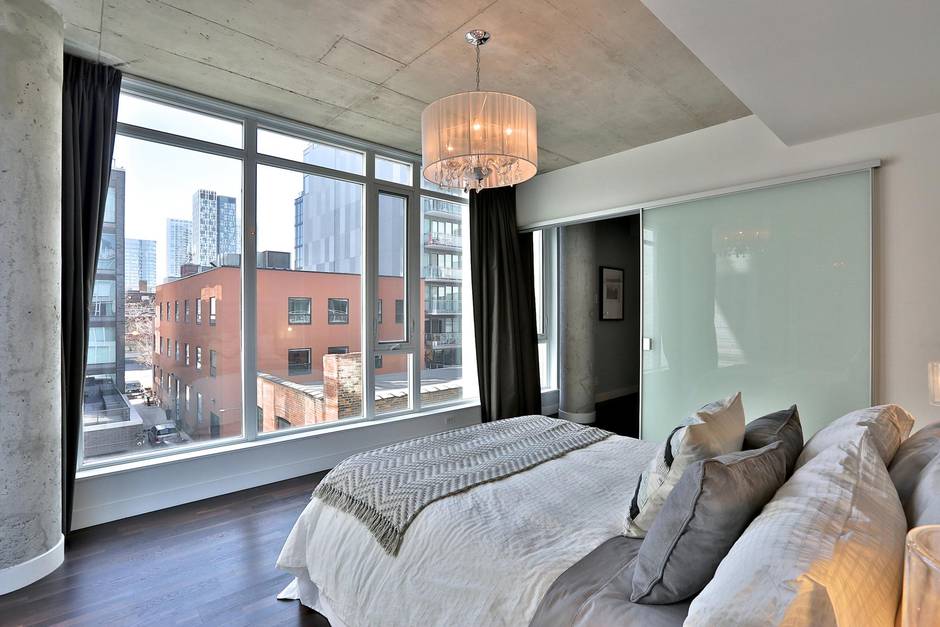 Her clients competed with another couple to buy a house with an asking price of $550,000 in the West End. The sellers ended up turning away both offers, which were well into the $600,000 range. A week later, Ms. Morrison gave them a call to see if they had softened. They had not. The house is still on the market.

Recently, she helped her clients bid on a house with an asking price of $799,000.

Ms. Morrison and her clients were frustrated that the sellers couldn’t make a decision.

“It just seems a bit much,” she says of the drawn-out process and the pressure from the homeowners. “They were disappointed that they only got two offers.”

Ms. Morrison’s clients felt that the sellers were greedy and decided to go home. The homeowners then decided to accept the offer of $902,500.

Ms. Morrison says her clients were extremely disappointed to spend a tension-filled evening only to lose by $500. And even then, the successful buyers couldn’t relax because the sellers accepted the offer on the condition that they be able to sign a deal on another house.

Ms. Morrison says many houses aren’t getting huge numbers of offers because buyer fatigue has flattened so many prospective bidders at this stage of the spring market.

She says most house hunters now either give up or they throw everything they have into a colossal bid that obliterates the competition.

“People either drop out, or they say ‘I’m going to put all the money I can in so I can get a house and just stop looking.’”