Of the several Toronto architects who make tall residential buildings, a few also make news when they unveil a fresh-out-of-the-box skyscraper scheme.

David Pontarini, for example – he is a founding partner in the firm of Hariri Pontarini Architects – has often brought forth tower proposals that do sharply interesting, even delightful things with the standard urban box. When this happens, it’s news. Take Mr. Pontarini’s lyrically sculpted, expressive high-rise on the south-east corner of Yonge and Bloor streets. Now almost completed, this large, lofty structure promises to become a local landmark and make a memorable mark on the city’s skyline.

Such buildings create expectations among observers on the lookout for signs of architectural liveliness in Toronto’s ongoing construction boom. We can slip into thinking that the next residential project by someone whose architecture we’ve admired in the past will certainly be as engaging as the last one.

But tall-building designers, like all other professionals, go where the work is – and, perhaps too often, the work they find there doesn’t invite the scope for high abilities they’ve demonstrated elsewhere. 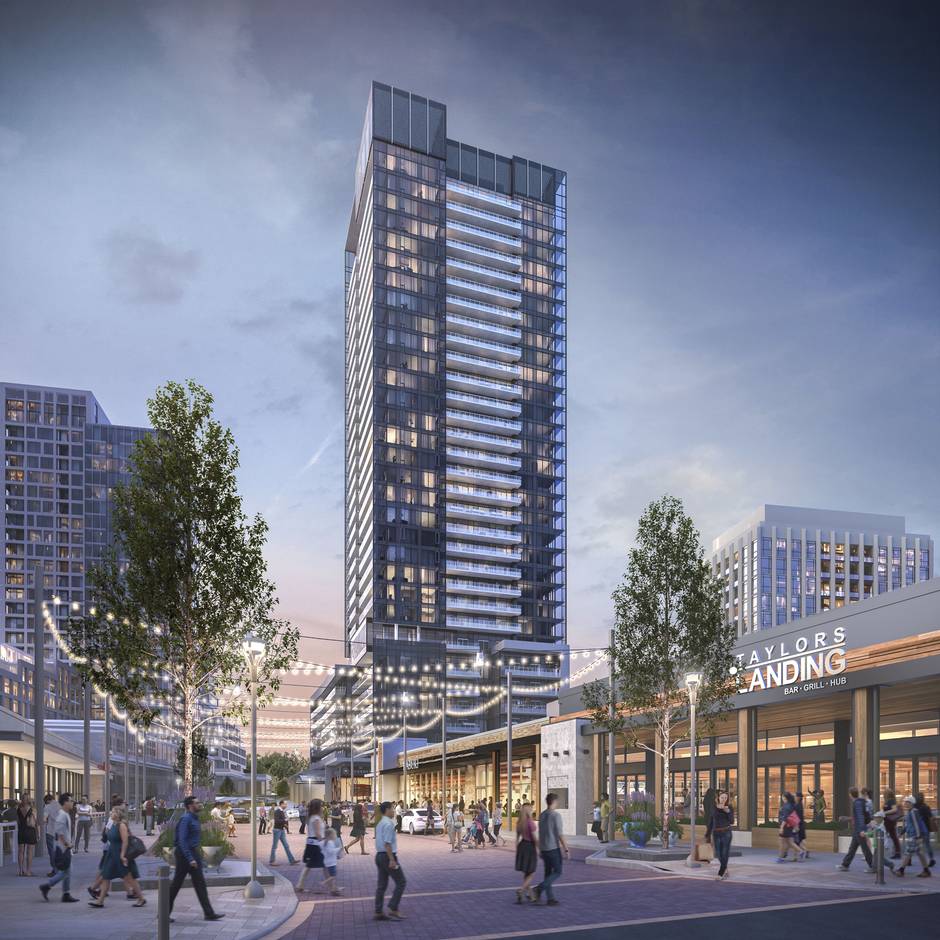 Which is a roundabout (and not entirely self-convincing) attempt to excuse David Pontarini for the artistic flop he has proposed for a site adjacent to the Shops at Don Mills.

The story, as the architect explained it to me, goes as follows. The residential project he was commissioned to design in the vicinity of Don Mills’ so-called “lifestyle centre” went through a contentious approvals process that imposed rigid guidelines on what could be built. His creative hands were tied.

Be that as it may, Rodeo Drive Condominiums – as the 32-storey complex has been pretentiously christened by its developers, Cadillac Fairview and Lanterra – is charmless and dull, like any of those myriad boring concrete-and-glass apartment slabs that were deposited on Toronto’s suburban streets in the 1970s. If renderings can be taken seriously, the project will embody not a single bright idea, nor a gesture that isn’t tired and stale.

Now that I have said every evil thing I can think of about this structure, I hasten on to add, for the record, that Rodeo Drive will contain 425 units of housing and retail at grade. The suites, which Mr. Pontarini said will be “slightly larger” than condo apartments downtown, range in size form 479 square feet to 1,013 square feet, and in price from around $281,000 to the $600,000s. The interior design will be by Studio Munge. 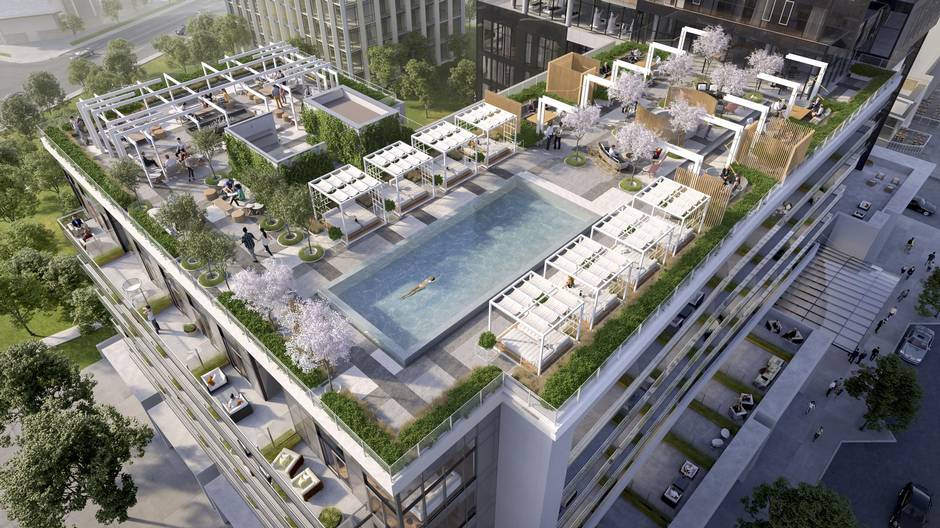 Suites will be slightly larger than in downtown condo developments. (Hariri Pontarini Architects)

An argument you occasionally hear for tiresome design suggests that we should show more appreciation for the routine and unexceptional in the urban fabric. To be great, cities – so this line of reasoning goes – need many plain, solid building-blocks as well as a few stunning show-stoppers. We ought to be grateful for the humdrum architects who fashion the bones and sinews of the metropolis, and we ought not hanker for superstars to grace our streets with marvels.

There is a kind of truth in such sentiments, though it’s not a profound one. Of course, we must have tailors as well as couturiers – but there is no wonderful couture without a sound, vital tradition of expert tailoring behind it. Toronto has no deep culture of outstanding residential tower design and construction, which means that each new tall condominium stack is an opportunity to develop such a heritage. 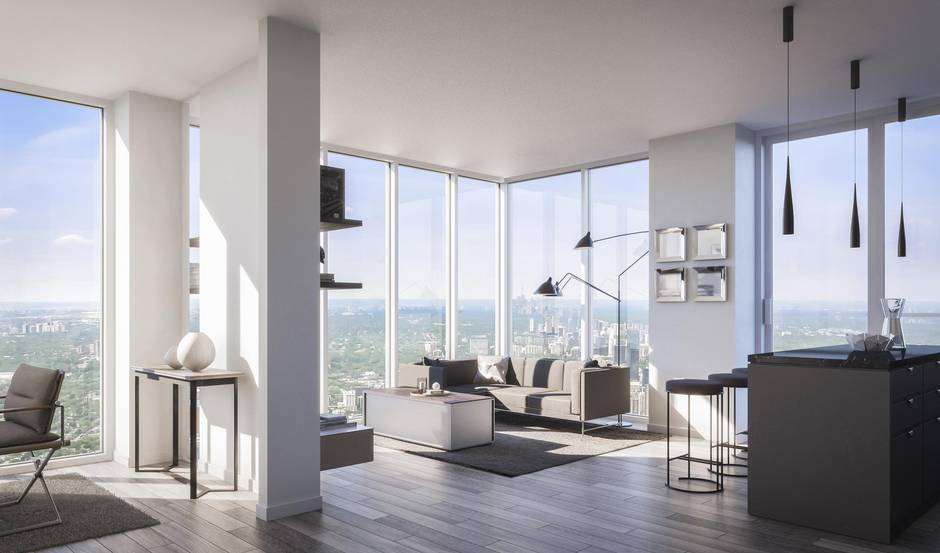 Rodeo Drive Condominiums, it seems, was doomed by bureaucratic procedures to appear as it does – spiritless, sterile. (Hariri Pontarini Architects)

What future architects and fans of architecture will make of Toronto’s current crop of towers is anybody’s guess.

But the present-day generation should not be satisfied with any tall-building project, however unimportant in the great scheme of things, that fails to embody some flair, some imagination, at least a trace of invention.

Rodeo Drive Condominiums, it seems, was doomed by bureaucratic procedures to appear as it does – spiritless, sterile. We can hope Mr. Pontarini’s next job takes him to a place that is less fraught, and more welcoming to his impressive style of design intelligence.