Recent house price increases in Toronto are being driven by demand from foreign and domestic buyers who are caught up in a bubble of growing price expectations, and are not due to a fundamental lack of housing in the city, according to a new study released Monday.

The report, written by Simon Fraser University assistant professor Josh Gordon for the Ryerson City Building Institute in Toronto, argues the rate of new home building – including condo units – has more than kept pace with the population growth in Toronto based on historical norms.

Pre-existing homes are not coming up for sale in the same volume as in the past, however, because owners are hunkering down as prices soar – in some cases because they do not want to sell too early in a rising market.

Dr. Gordon said there is clearly a shortage of listings compared to current demand, but the shortage is not fundamentally a supply problem but one driven by an imbalance caused by speculative demand in Toronto's market, which is fuelling rampant price increases and a market bubble that will inevitably burst.

"As housing bubbles are allowed to expand, many are hurt or drawn into unsustainable financial situations," he warns.

"This is particularly the case for young Torontonians. When housing bubbles unwind, there is major collateral damage and people are hurt through little or no fault of their own."

The report runs contrary to arguments from many in Toronto's real estate sector, who argue the solution to soaring real estate prices in the city lies in bringing more housing onto the market for sale.

The Ontario Real Estate Association, for example, is advocating for increased housing supply.

But Dr. Gordon's study argues the ratio of Toronto's population to the number of new dwelling units has consistently fallen since 2012, which he argues means construction is keeping up with basic demographic demand.

"In sum, there is no compelling evidence that insufficient housing is being built relative to demographic needs," he said.

Spurred by low interest rates, people are buying real estate for investment purposes, he argues, which is warping the demand side of the market.

"It is this speculative activity that is so powerful in generating bubbles," he said.

Investors expect prices to continue to rise, and these "powerful expectational dynamics" are fuelling bidding wars, he says. As prices soar, domestic buyers who are purchasing for their own use also fear the increases will continue, which is creating panicked buying and a "fear of missing out" that is leading to a disconnect between offering prices and local market fundamentals.

"In a housing bubble, then, not even a substantial amount of new supply can meet speculative demand," he said.

This demand pressure is having an escalating impact on active listings as some owners are holding off selling existing homes in a soaring market, Dr. Gordon says. That trend is intensifying into 2017, with new listings dropping further in the first two months this year despite rapidly rising prices.

The appropriate response is to cool speculative demand by shifting expectations, rather than adopting a strategy to spur more building in undeveloped areas, which will not tame prices and cannot be reversed, he concludes.

While demand could be cooled by raising interest rates or further tightening mortgage rules, Dr. Gordon says both solutions are too blunt because they would hurt the economy broadly and aren't needed in markets outside the Vancouver and Toronto areas.

Instead, he endorses introducing a foreign-buyer tax in Toronto, similar to the one adopted in Vancouver last August.

Dr. Gordon said the experience in Vancouver suggests the market has cooled since August beyond a level that could be accounted for by reducing foreign buyers. That suggests the new tax in Vancouver has also had "powerful knock-on effects" in calming the panic and allaying the "fear of missing out" among domestic buyers.

He also endorses a progressive property-tax surcharge, which is an additional tax on properties owned by people who are not working in Canada. The surcharge proposal, which was developed by B.C. researchers but has not been adopted in the province, would not apply to people who have made Canada Pension Plan contributions above a certain level to ensure it targets non-residents. Various other groups such as seniors would also be exempted, he suggests.

A foreign-buyers housing tax in Toronto? Bring it on - and fast
March 10, 2017
Ontario reconsidering a foreign buyers’ tax to cool housing market
March 9, 2017
In Toronto’s hot real-estate market, why are these houses still for sale?
March 10, 2017 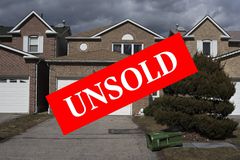 In unaffordable market, Toronto homebuyers opt to expand semis
March 10, 2017
Follow Janet McFarland on Twitter @JMcFarlandGlobe
Report an error Editorial code of conduct
Due to technical reasons, we have temporarily removed commenting from our articles. We hope to have this fixed soon. Thank you for your patience. If you are looking to give feedback on our new site, please send it along to feedback@globeandmail.com. If you want to write a letter to the editor, please forward to letters@globeandmail.com.
Comments