A century-old detached house in Toronto's emerging Leslieville neighbourhood recently sold for $1.04-million, $140,000 more than the asking price of $899,999.

From these numbers alone, anyone who has recently tried buying real estate in Canada's largest city will know why that happened: a bidding war.

With the Leslieville example just the tip of the iceberg, bidding wars are now common practice in Canada's housing market and represent a significant challenge for house shoppers who are either entering home ownership or moving up.

"Like it or not, bidding wars have become a part of the real estate landscape in hot real-estate markets worldwide," says Judith Hanley, a sales representative with Re/Max Realty Enterprises Inc. brokerage in Oakville, Ont. "They represent a high-drama, high-stakes game with only one buyer and a seller who wins."

The Canadian Real Estate Association reports that sales of existing homes rose by 8 per cent in February compared to the same month a year earlier, while the national average home price soared 17 per cent.

Driving the upward trend are Toronto and Vancouver, where bidding wars have sparked a buying frenzy that shows no signs of abating.

Bidding wars are responsible for pushing prices up, often above what a home is worth, experts say. They have turned buying a home in Canada into a game of nerves.

Canada has few checks and balances in place for regulating bidding wars. Often buyers don't know who they are bidding against and if the other offers are legit. Phantom offers are a big enough problem that last summer the Ontario government instituted new rules requiring listing agents to keep on file written bids and counter bids in an effort to create more transparency around the the bidding war process.

"Sometimes a property is underpriced [intentionally] and will sell for more than asking, and that sadly has become a marketing tool, allowing the seller and agent to say that they got over asking," says Richard Silver, an agent with Sotheby's International Realty in Toronto.

Buyers willing to enter the fray need to know that bidding wars are a lot like gambling: The odds are usually stacked against you.

"The outcome can be unpredictable," says Leslie Cannon, a Vancouver realtor who has guided many clients through bidding wars in her city's highly competitive housing market.

Among them is the would-be homeowner who last fall became entangled in an 11-way bidding war that ended up pushing a property $1-million over asking.

"The house was listed around $2-million and I advised my client to offer $2.3-million, which we thought was a pretty generous offer," says Ms. Cannon. "But then someone, who obviously really wanted the house, went as high as a million over asking, a price that the seller found hard to resist."

Moral of the story? Money really does talk.

Fortunately for house shoppers, there are other ways to come out on top that aren't so dependent on the number of zeros at the end of the offer. Some sellers will choose a lower-priced bid over a higher one, for example, if they have a particularly strong emotional attachment to their home. That's when having a strategy is key.

For Shawn Lackie, a broker in Ontario's Durham region, that strategy involves often visiting the sellers to discover first-hand their history as it pertains to the home. "I make sure to at least have a chance to present [the offer] in person," Mr. Lackie says. "I am trying to create a connection, to find out if the sale can go beyond money."

He then shares that information with his client to use as fodder for winning a bidding war. The personal touch worked for a client wanting a house in Oshawa, Ont., with multiple bids. The seller chose him over other contenders who wanted to renovate because he had made it known that he loved the house as much as the seller did. He would live in it as is, which is what the homeowner had wanted to hear.

"Price is often the biggest motivator but anything we can do to make our offer stand out we'll do," adds Ms. Cannon, who similarly meets with sellers to gain information that might help her clients seal the deal.

In Toronto, Mr. Silver makes it his business to know the market and advice his clients accordingly.

When it comes to bidding wars, he says it is important to determine "what is true value and what is ego-driven." If a client wants to buy a house just to win the contest then, in Mr. Silver's opinion, that's the wrong reason to stay locked in a bidding war.

"You will never overpay for a house that you love," he says.

"If the value is there and you don't put in your best offer, remember that the next time a similar house comes to the market, its price will be based on what you chose not to pay and you will have to pay even more for the next."

"Bidding wars do create additional elements of risk for all parties: lucrative for sellers but disheartening for buyers who lose out," observes Ms. Hanley. "But there are ways to prepare for the battle."

Here are a handful of her tips:

Learn as much as you can prior to making an offer about the neighbourhood and market values, the property itself and any insights about the sellers.

Generally, offers conditional on financing get sidelined, so get preapproved by your lender so you know exactly how much you can afford to offer and stick to it.

Put your best offer in writing up front with little or no conditions, include the seller's ideal closing date and have a certified deposit cheque or draft accompanying your offer.

It's not always just about the money, so write a love letter about the neighbourhood, why you adore the house and include info about yourself and your family. It won't get you the deal if you lowball, but if two offers are close it could mean you stand out and get the deal. 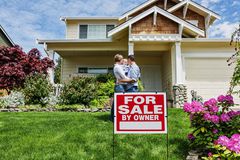 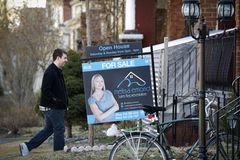 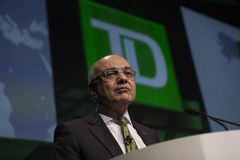