A number of years before I introduced myself in these pages – and I have been writing for The Globe for over 13 years – I learned about the possible demolition of the Concourse Building at 100 Adelaide St. W.

I was devastated. In a city with few examples of colourful, expressive Art Deco architecture, its loss would have cut deeper than the loss of a Modernist building (something I also defend vehemently). 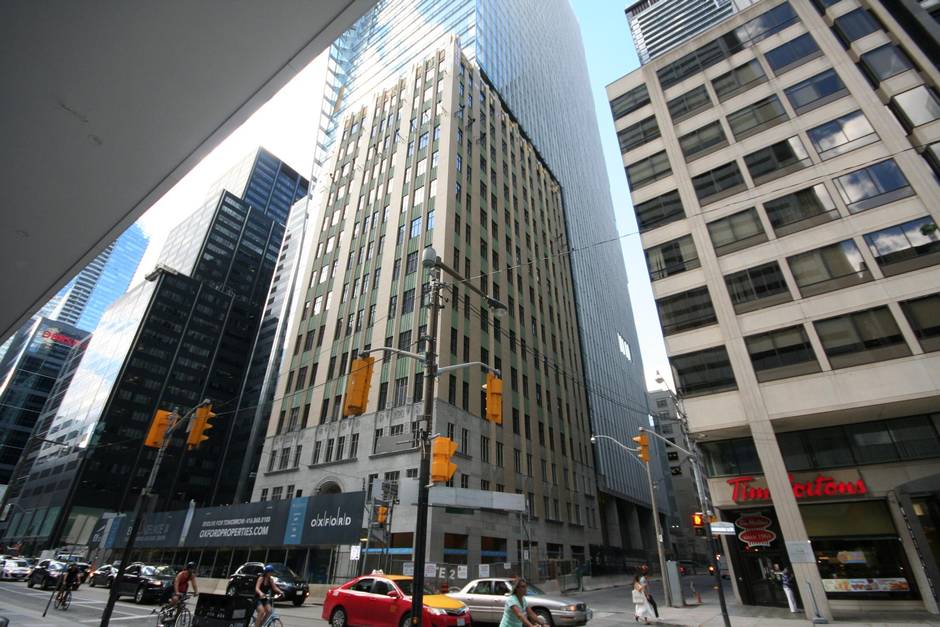 Toronto's Concourse Building. (Dave LeBlanc for the Globe and Mail)

Today, I am jubilant. And my joy comes from looking at a well-executed example of façadism. An architectural Frankenstein’s monster, if you will. Something Toronto architect Robert Allsopp at DTAH has called “urban taxidermy” as the bile collected on his tongue. It’s true: The old 1928 skyscraper doesn’t even display the same number of floors any longer. To accommodate the higher ceiling heights of the new, 40-storey, knife-edge tower by Kohn Pederson Fox behind it, the former 16-storey tower now reads as a 14-storey tower.

And I don’t care. 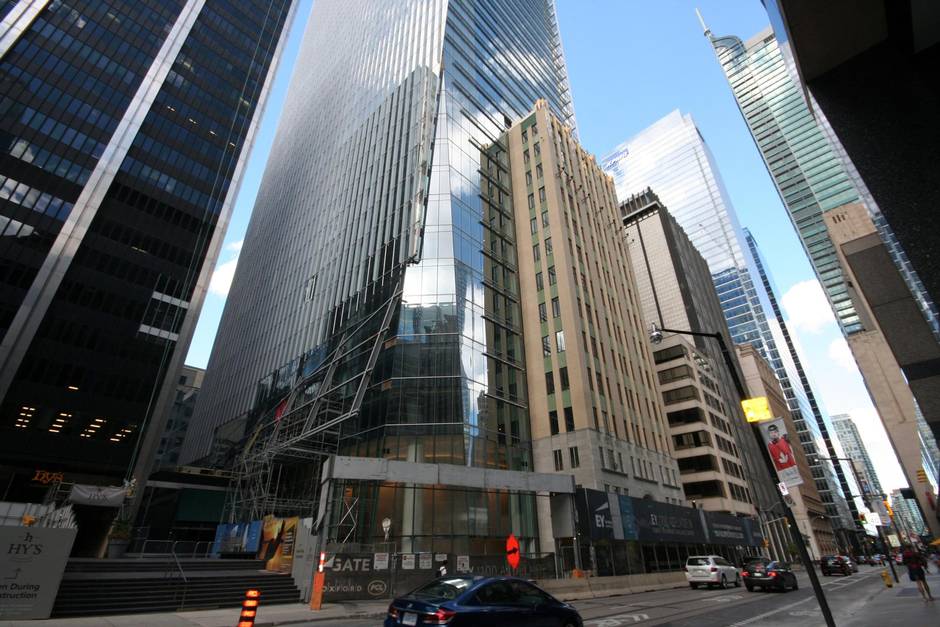 A 40-storey glass tower now stands behind the facade of the Concourse Building. (Dave LeBlanc for the Globe and Mail)

In an essay titled The Ethics of Facadism: Pragmatism versus Idealism, Robert Bargery suggests that our unease with façadism lies in its deception. A building’s façade, he writes, should be “an outward expression of the anatomy and organization of the building.

“At its most extreme, there is in this view a quasi-religious quest for revealed truth.”

But what if that “truth” was a series of renovated and re-renovated rooms with 1970s T-bar drop-ceilings that didn’t reflect what was there in 1928? What if that meant tiny elevators, a poorly performing HVAC system and old electrical wiring? What if the lobby space was no longer grand, and Art Deco details had been covered underneath drywall? That was the case with Baldwin and Greene’s Concourse Building, where, today, interior murals covered for decades will now delight visitors, and the exterior stonework, scrubbed and now bright-green spandrel panels, shiny parapet detailing and J.E.H. Macdonald entryway tile mosaic will finally be noticed by preoccupied passers-by. 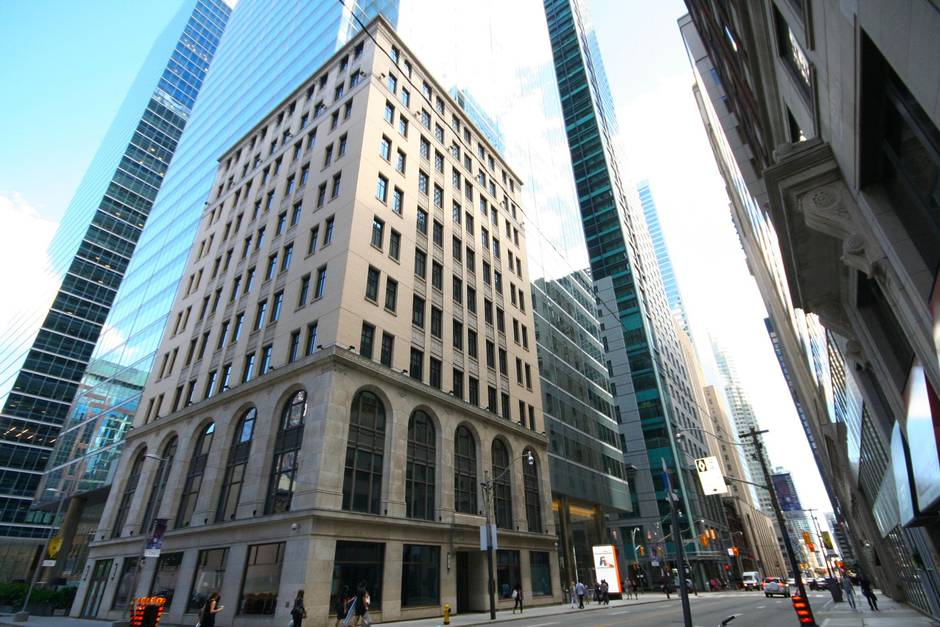 The National Building at Bay and Adelaide displays its original façade, an homage to the old scale of the financial district. (Dave LeBlanc for the Globe and Mail)

In the immediate neighbourhood, the same could be said for the retention of Chapman and Oxley’s 1926 National Building façade into the larger Bay-Adelaide Centre. What was behind those walls wasn’t marketable as office space, and we live in a market-driven economy. So I’m happy two walls remain to represent the old scale of the financial district. I agree that, as Mr. Bargery writes, to save the entire structure out of some sense of “morality” is “constricting [and] suffocating.”

Besides, continues Mr. Bargery, façadism has a long history. Georgians paid more attention to facades than what was built behind them, Medieval and Tudor timber-frame buildings “are masked by beautifully-proportioned brick fronts” that have little relation to the interiors behind them, and Sir Christopher Wren’s St. Paul’s Cathedral “is in part an exercise in façadist deception” as its flying buttresses are hidden by a parapet wall. 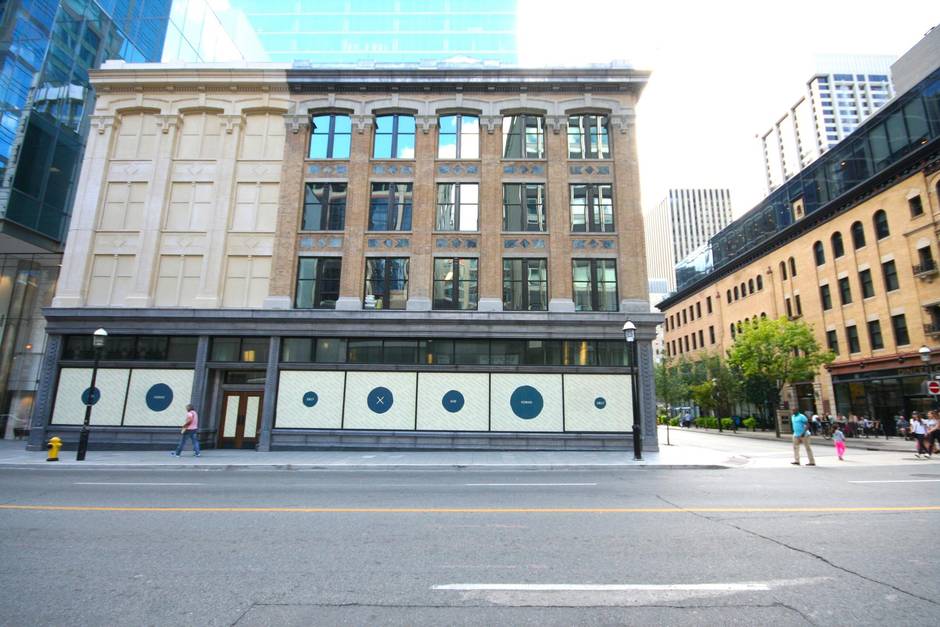 The"Ghost Wall" at 132 Yonge St. (Dave LeBlanc for the Globe and Mail)

I posit here that what Torontonians don’t like about façadism is that old, carved stone is what is sacrificed to make room for “soulless” steel and glass. Does anyone cry out when a particularly lovely 1950s or ’60s façade (made mostly of steel and glass) is sliced off and replaced with a new face? I can point to many once-well-proportioned Modernist buildings that now sport a heavy, Post-modern cacophony of cartoonish pediments, marble “columns” and bizarre light fixtures that betray the architect’s original intentions.

Does this mean I’d like to see rapper Drake retain the façade of his Modernist house on Park Lane Circle and have his architect graft it onto a Baronial mansion? Well, that might prove harder to do with a building that blends indoors and out and has a sheltered forecourt. Perhaps, like the old Toronto Stock Exchange on Bay Street or the former Weston’s biscuit factory at 134 Peter St., his new home could straddle over top. Or, he could do what new owners of Case Study House No. 9 (a.k.a. the 1949 Entenza House by Charles Eames and Eero Saarinen) did when they found it to be too small: hire a Modernist architect to build a much larger home behind, while turning the original home into a guest house. 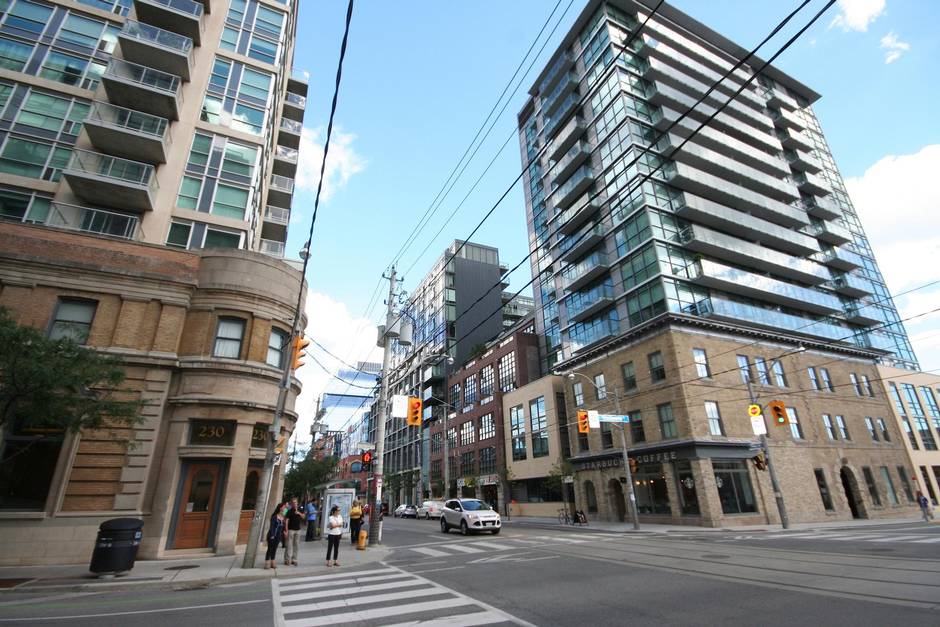 The corner of King and Sherbourne Streets in Toronto. (Dave LeBlanc for the Globe and Mail)

And what of the two condo towers at the corner of King and Sherbourne? On the southeast corner, the old National Hotel, which dates to the 1850s, has been subsumed by a new condominium tower; on the northeast, Darling and Pearson’s 1908 Imperial Bank “suffers” the same fate. Should these have been retained in full? Walking under the lovely brick archway into the new Starbucks at 251 King, I sat down with a cappuccino and considered that, on these tight sites, that would have been impossible, unlike at MOD Developments Massey Tower, where most of Darling and Pearson’s 1905 bank building at 197-199 Yonge St. has been preserved. And I like that these two elderly neighbours can still talk with one another. 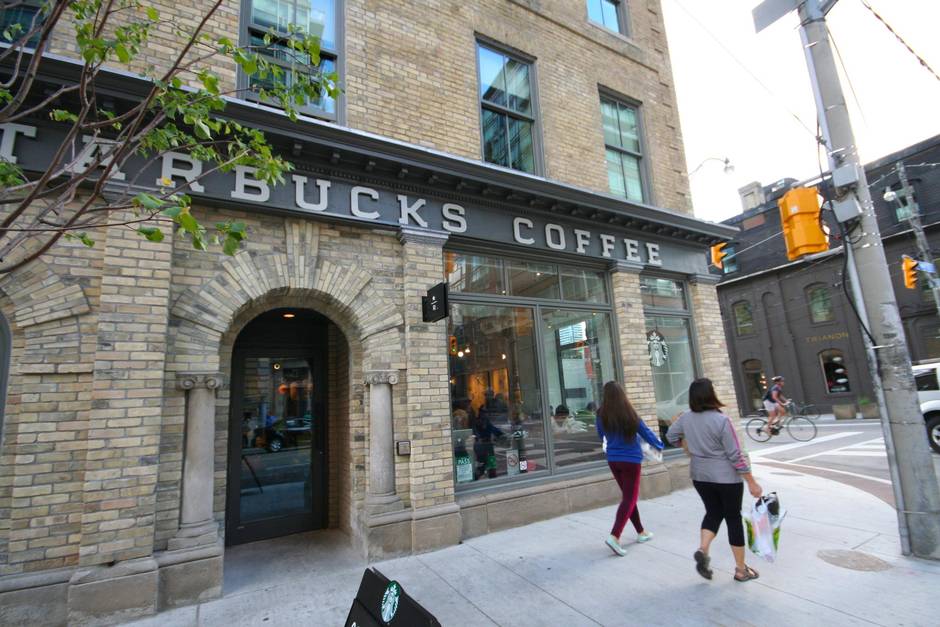 A Starbucks in the former National Hotel at King and Sherbourne Streets. (Dave LeBlanc for the Globe and Mail)

As I sipped, I thought of Toronto’s envious position in the development world. Most cities would love to have our problems. There is so much being built here, our architects and heritage preservationists are exploring all kinds of options. To wit, the “ghost wall” at 132 Yonge St. by ERA Architects, which “filled in” three of the missing eight bays of the 1850 Elgin Block with glass-fibre reinforced concrete (after moving the original five bays a half-block north), and the innovative punched metal screen at 619 Queen St. W. that pays tribute to the heritage building that was lost in a fire.

So, I’m going to go out on a limb here. In some cases, façadism isn’t evil, or even a necessary evil. Sometimes, it’s just plain necessary.