Among the ideas about housing afloat in official Ottawa these days, few are more potentially significant over the long haul than the dream of the net zero energy (NZE) home. That’s a house, affordable and constructed for Canadian winters, that produces as much energy as it consumes over the course of a year. Theoretically, this means the homeowner might pay net nothing annually for heat, cool air and light – while usefully taking a load off the country’s power grid.

For its part, the federal government has been encouraging the translation of this dream into reality. But Canada’s suppliers of mass-market houses, mindful of market whims and the bottom line, have so far proven reluctant to invest in super-efficient residential buildings.

Enter, about four years ago, buildABILITY Corporation (bC), a for-profit consulting group whose principal client is the housing industry. The company, in co-operation with the federal ministry of natural resources and insulation and roofing products manufacturer Owens Corning Canada, had a plan for showing the industry, once and for all, that mass-produced NZE houses are feasible and desirable – and they aimed to get the industry itself to do the heavy lifting for their experiment. 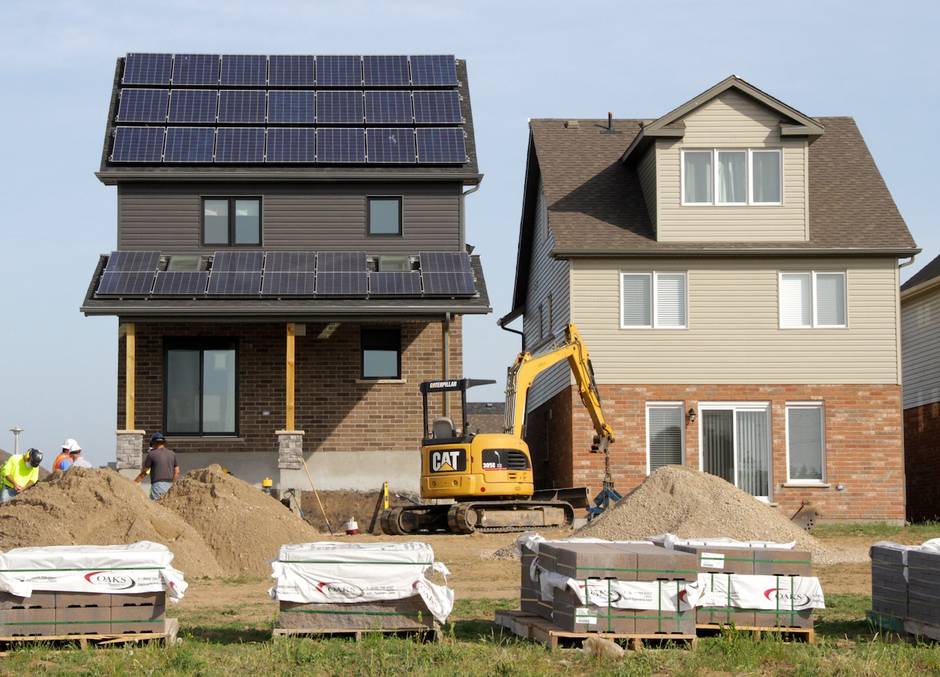 For their first net-zero home as part of the Eco-Energy program, Reid's Heritage Homes adapted one of their most popular home designs by adding a covered porch so they could accommodate 8 kilowatts of solar PV. (David Dodge / buildABILITY Corporation)

Backed by some $2-million in public money – the cash was earmarked for consultants’ fees and up-front design costs – bC recruited five Canadian developers whose task it would be to construct, at their own expense, 26 NZE case-study homes, prototypes ready for the market and suitable for future factory manufacture. Before the $4.2-million demonstration project was completed earlier this year, Construction Voyer had put up a three-storey, six-unit NZE condominium complex in Laval, and Minto Communities had done a detached NZE home and four townhouses in the Ottawa suburb of Kanata. Mattamy Homes constructed five detached houses in Calgary, while Provident Development and Reid’s Heritage Homes contributed five each in Halifax and Guelph, Ontario.

The efficiency of these houses has been largely promoted by the stepped-up use of familiar technologies and techniques and the establishment of a high-performing building envelope – nothing exotic or avant-garde – I was told by bC president Michael Lio and by Candice Luck, bC’s director of strategy and programmes and the project manager from the outset. 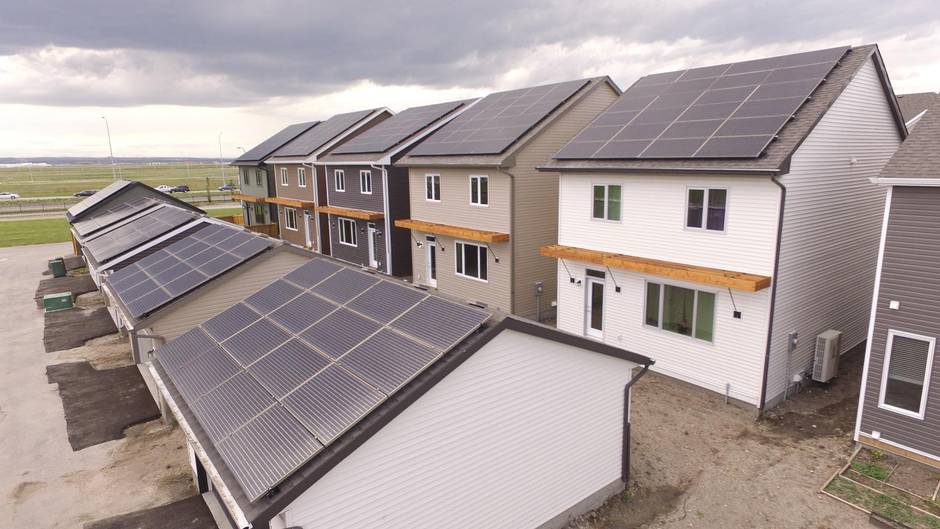 The NZE standards that each developer agreed to meet were designed during what Mr. Lio called “a national charette” held at the beginning of the process. All windows were to be triple-glazed. Rigid insulation in the walls, extra insulation under the roof and an exterior air barrier would curb energy leakage. An air source heat pump, effective down to -30 degrees Celsius, would be the principal device for warming the house, eliminating the need for a furnace. Power for appliances and lights was to be generated by photovoltaic cells installed on the roof.

While such thriftiness is welcome anywhere, it might have been interesting to see how this venture in efficiency played out, say, in an inner-city high rise or a dwelling designed by an architect on the leading edge of his or her art. All in all, bC’s project has been a very suburban affair. The building sites are in suburbia. While a couple have also had experience with condominium towers, all the selected builders made their mark in the suburban, low-density housing market, and they have continued to do here what made them commercially successful in the past. The images I’ve seen of these NZE homes show entirely predictable façades and interior layouts, and nothing at all that expresses their sophisticated innards. 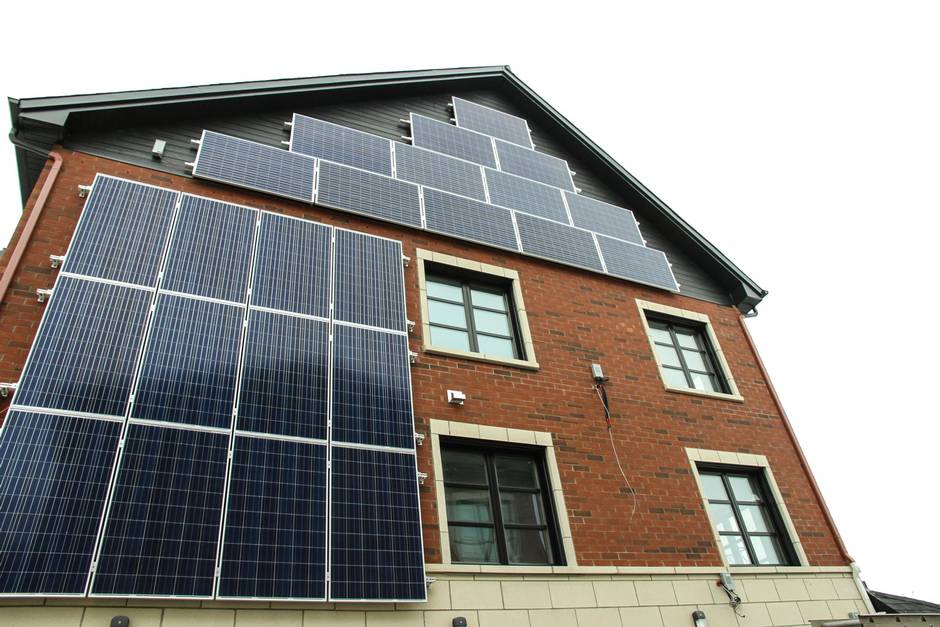 But if they remind one of sprawl, that’s because they are supposed to.

“There is nothing odd about how one would live in one of these houses,” Mr. Lio said. “They walk and talk like regular houses. Our focus has been on production house design. Suburban style housing is the dominant housing form across Canada.”

Operating them effectively, however, will require common sense on the part of residents. “The houses are only net zero energy in simulation. If [the home-owners] keep the TV on all night, or sleep with the windows open, they won’t work.” 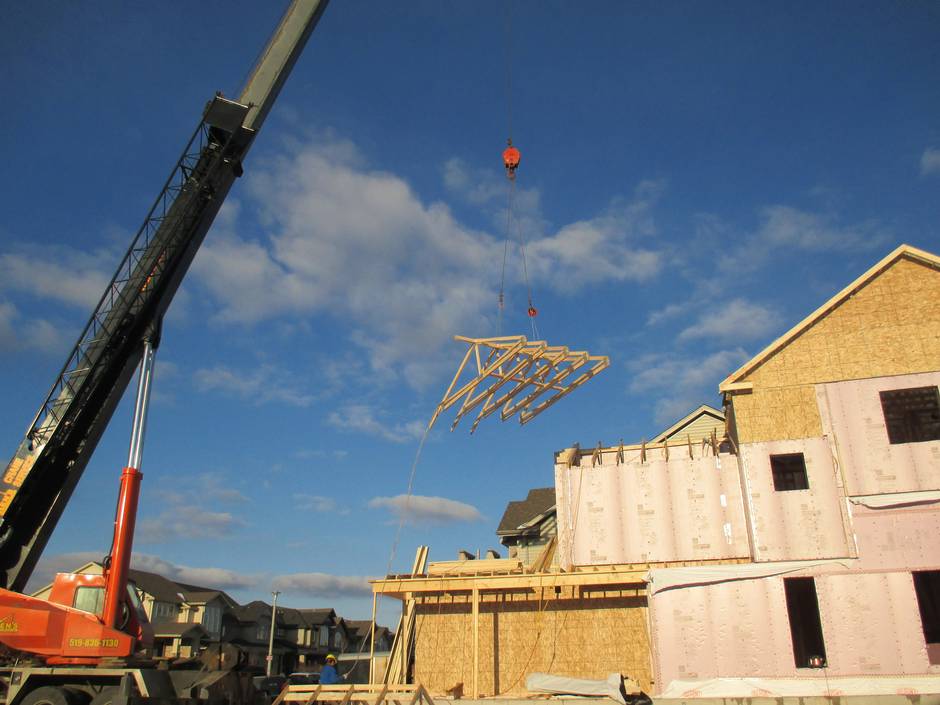 It is still too early to tell if they work as well as Mr. Lio and Ms. Luck predict. The last one went on the market, after all, only in February. Because NZE performance is calculated on a yearly basis, we won’t know for some time if these dwellings live up to their billing.

Meanwhile, there are few signs that the Canadian housing industry is ready to change its mind about putting such houses on an assembly-line footing. For one thing, NZE is expensive. One of Mattamy’s NZE houses in Calgary, for example, has sold for $459,000, a price roughly comparable to that of an ordinary home in the neighbourhood. But, as Ms. Luck pointed out, the price-tag would have been 15 per cent more, had the developers not been subsidized to the tune of $2-million. 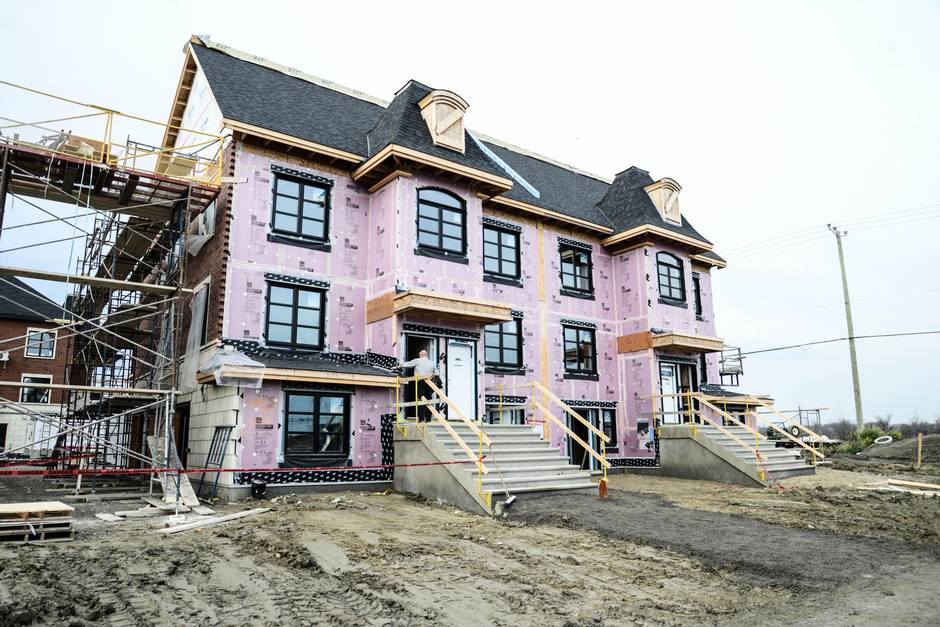 Nor does it appear that public regulatory regimes at the provincial and local levels are about to encourage NZE construction on a large scale.

“There are huge barriers to seeing these houses built in large numbers,” Mr. Lio said, while maintaining that the project “demonstrated their technological feasibility in a production setting.” NZE for the millions, for the time being at least, remains an engaging, suggestive dream shared by many in government and industry, in Canada and throughout the world – but a dream nonetheless.