While developers and designers of the Greater Toronto Area’s new condominium towers usually don’t bother, some are making efforts to go beyond the strictly ordinary and put visually arresting marks on the skyline. They may add a splash of colour to the otherwise black and grey high-rise cityscape, or twist the tower’s shaft, or sculpt its surface. Inspiration for something different can come from anywhere – the hues and textures of high fashion, the bubbling pot of pop culture, automotive styling, design software (which invites formal slurping and bending), the greatest hits in the history of the building art.

Can suburban sprawl inspire? It hasn’t seemed very likely to me.

But that was before I saw the renderings and conceptual drawings for the 20-storey condo stack known as Lake & East, slated to rise in Oakville’s Bronte Harbour neighbourhood. 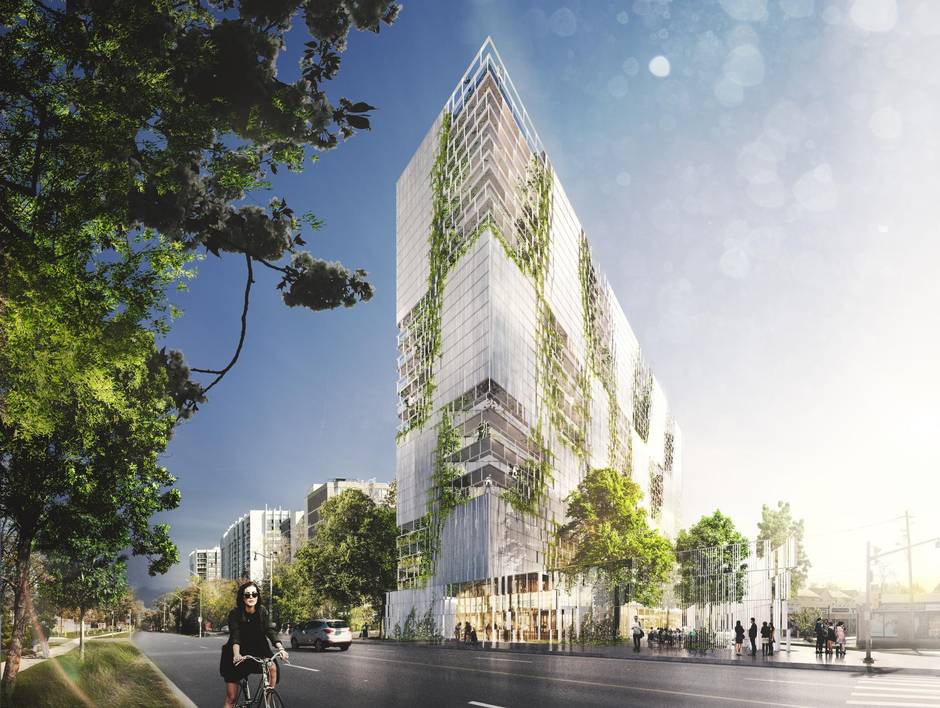 For the record: this is the second project in the Toronto area by the inventive Winnipeg firm 5468796 Architecture – 546, for short – and the company’s first high-rise anywhere. The architects are 546 founders Johanna Hurme and Sasa Radulovic, who have done the scheme for developers Symmetry, Engine and Fortress RDI. Ranging in size from 540 square feet to 1,800 square feet, 144 units are for sale at prices from the low $300,000s up to over $1-million. The developers predict that Lake & East will be ready for move-in by the end of 2018.

To generate the tower’s rhythmic facades – lacily cut-away portions alternating with expanses of anodized aluminum – Ms. Hurme and Mr. Radulovic started with the basic ground-plan of the low-rise sprawl round about their site. You know what I’m talking about: a typically suburban, perfectly regular grid of oblong lots, on each of which stands a little detached house. It’s the idea behind those nearly endless stretches of suburban anywhere and nowhere, circa 1970, and a reminder of what passed for utopia not very long ago.

Next, the architects laid out the map, removed the houses, and smoothed the sharp corners – and thereby produced a swatch of green and white rectangles in a checkerboard pattern. They then raised this abstract composition upright, angled it with respect to the roadway the building will stand beside, and, to make the facades, expressed the contrasting elements in silvery metal and open-worked voids. The renderings of the results show attractive cascades of greenery, presumably vines of some sort, that soften the edges of the large rectangles in the visual scheme.

Having vines trailing down the sides of a tall building, of course, is a nice idea, at least for somewhere far south of southern Ontario. For all but a fraction of the year, 546’s Bronte Harbour structure would be ungraced by vegetation, meaning its façade geometry would be as stark and stiff as it surely is. 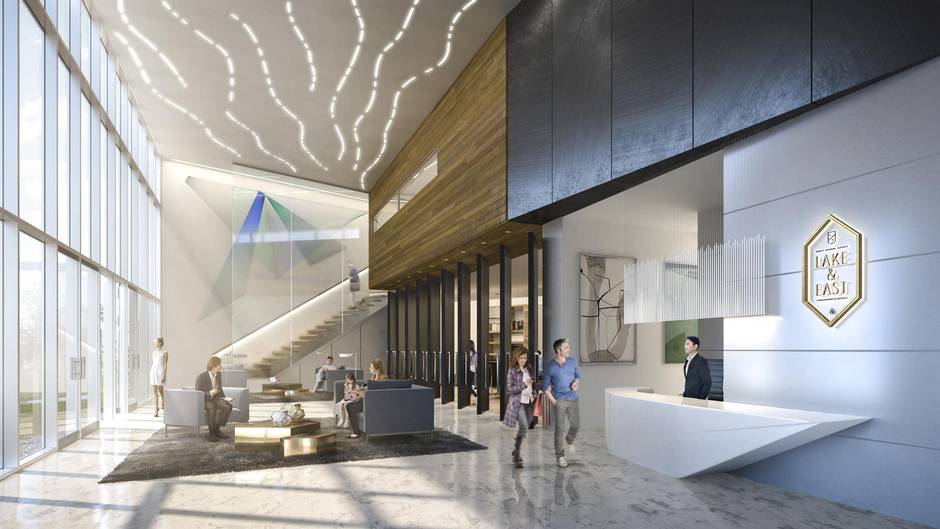 But the main aesthetic problem with this design is not greenery, or its unsuitability as exterior décor in a cold climate.

On the face of it, 546’s decision to make art from the suburban vernacular seems promising, and it certainly has venerable precedents. Looking to ordinary and even banal aspects of the urban environment for design concepts is hardly novel. Some of the most beautiful, memorable instances of modern architectural imagination, for example, owe their artistic strength to such hard-hat materials as steel and concrete, and to industrial processes of manufacture and production. 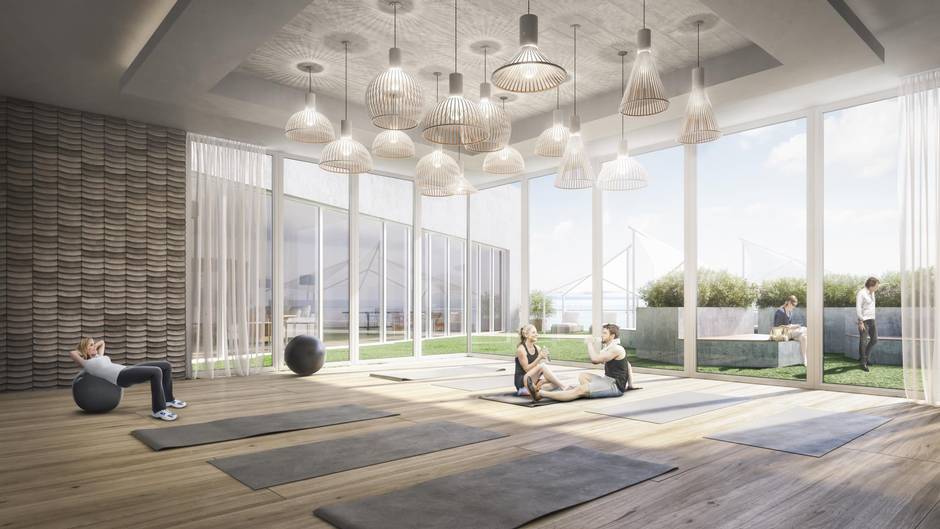 In these cases, however, the architects have transcended the ordinariness of their sources, and transfigured it. Transfiguration of this sort is what I find missing in the images of Lake & East that I have seen. Stripped of those unworkable vines, the tower is just about as exciting as the suburban real-estate pattern that inspired it, which is not exciting at all.

While I certainly don’t find it awful, I expected something better in 546’s first high-rise. Project after project in Winnipeg, and the firm’s (until now) only residential complex in Toronto, have evinced lively imagination and a flair for doing vivid, convincing creative work, often with tight budgets and plain materials. We can hope Lake & East is merely a mis-step, not a long-lasting detour from the path this promising office has recently been staking out for itself.