The group representing Ontario's real estate agents is considering urging the provincial government to allow a transparent bidding process for home sales as part of several proposals to improve the industry's ethics and reputation.

The Ontario Real Estate Association (OREA), which issued a discussion paper seeking input from its members on Thursday, has been promoting higher standards in light of concerns raised about unscrupulous practices in the province's overheated real estate market in recent years.

Advocates of bringing transparency to real estate say it would curb mistrust and prevent buyers from wildly overpaying. Under such a process, which would be optional, all prospective buyers would know what the other parties have offered, similar to an auction.

However, everyone involved – the seller and all bidders – would have to consent to an open process, which OREA acknowledged might be unlikely. Current rules prohibit real estate agents from disclosing the contents of offers to other parties with the exception of the home seller.

"Every party has to agree and that's easier said than done," said Ettore Cardarelli, president of OREA. "Sellers may be very reluctant to have any of their private information shared, so that may not happen. But this is a question that we're putting to our members: Do you want it? Do you not want it?"

The discussion paper is the latest the organization has released in relation to the provincial government's consultation process to reform the Real Estate and Business Brokers Act, the 2002 legislation that governs the real estate profession.

Other proposals OREA is considering include:

In a statement, RECO said it has long advocated for some of the same proposals, including a streamlined enforcement process and administrative monetary penalties for minor infractions. It also said it is reviewing its public information policy.

OREA's consultation process will wrap up in late March and the group plans to make its submission to the government in September.

The Ontario government announced a two-stage review of the act as part of its 16-point Fair Housing Plan unveiled last spring in an attempt to cool the province's housing market and improve regulation. The first phase focused on multiple representation, a situation in which a realtor acts for both seller and buyer, also known as double-ending, while the second is a broader review of the legislation. 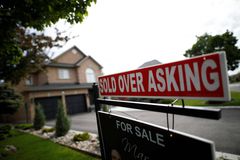