'Own use' evictions on the rise in Toronto

More Ontario renters are being served with eviction notices that suggest the landlord intends to occupy the unit for his or her own use – and the trend is accelerating, according to new data obtained by The Globe and Mail.

Data provided by the Social Justice Tribunals Ontario (SJTO) show the number of eviction applications that include an N12 notice – signifying that the landlord, a purchaser or a family member requires the rental unit – has almost doubled over the last five years.

The rapid rise in the serving of these notices coincides with a market stressed by rising rental prices and falling vacancy rates, and the 2017 expansion of the provincial rent control regime means that landlords have fewer tools to raise rents on existing tenants. Among rental housing advocates, this is seen as a tactic used in bad faith, where the landlord never intends to make personal or family use of the unit and simply intends to put it back on the market for higher rent or to sell it.

"For us, the No. 1 eviction call used to be people that couldn't pay the rent. What happened last year, for the first time, they were overtaken by landlord's own use," says Geordie Dent, executive director of the Federation of Metro Tenants Associations.

The data show the vast majority of all landlord eviction applications are for non-payment of rent – 68 per cent according to the most recent SJTO annual report. All the other types of evictions, including landlord's own use made up 12.4 per cent of applications in 2015-2016. But the share has been growing: "other" accounted for 9.9 per cent in 2013-2014. The growth in use of the N12 helps to explain that shift. 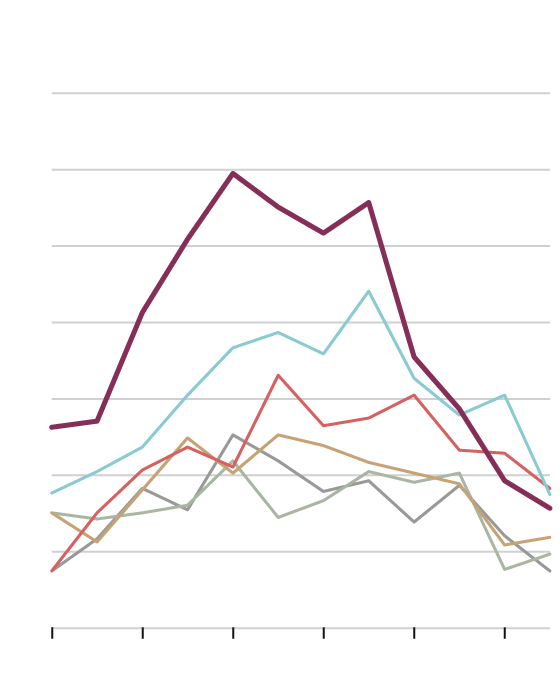 Yearly ‘own use’ eviction

THE GLOBE AND MAIL, SOURCE: LTB 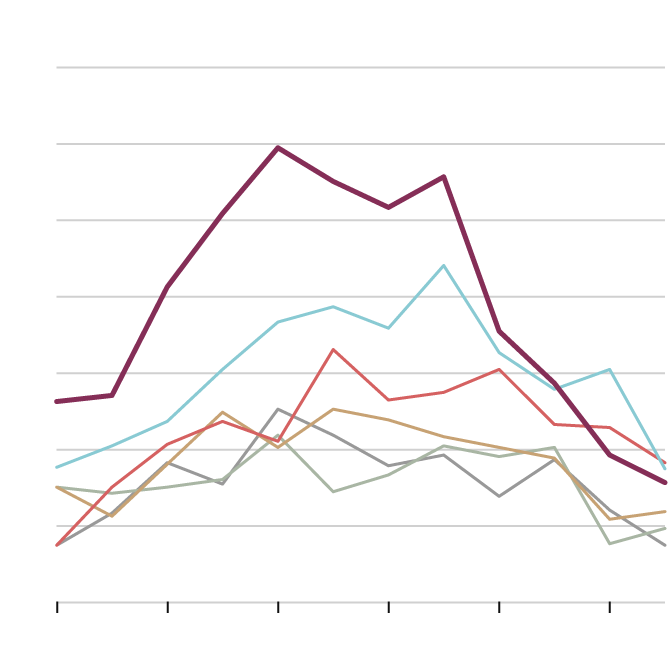 Yearly ‘own use’ eviction applications, by month

THE GLOBE AND MAIL, SOURCE: LANDLORD AND TENANT BOARD 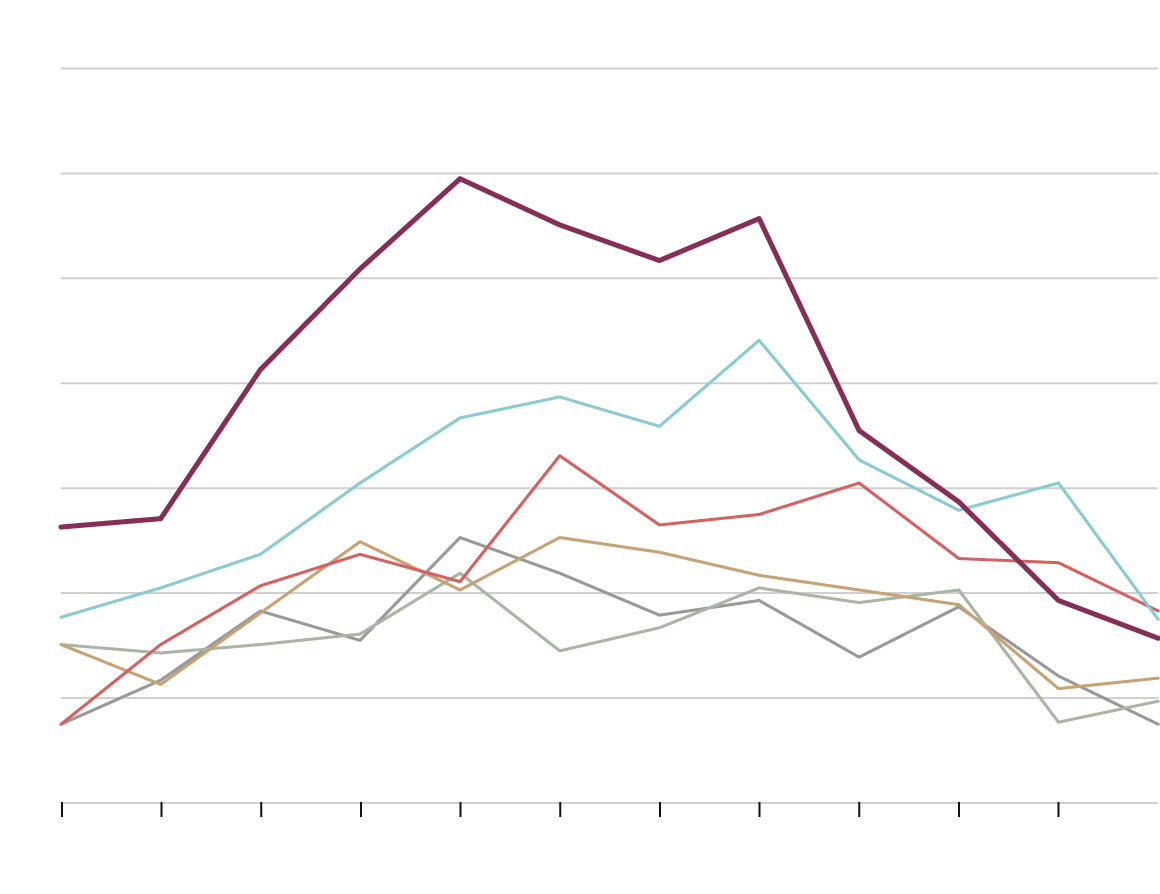 Yearly ‘own use’ eviction applications, by month

THE GLOBE AND MAIL, SOURCE: LANDLORD AND TENANT BOARD

These applications have become more common in the past few years as the vacancy rates in Toronto's rental market dropped. In 2016, the rate fell to its lowest in 15 years, hitting 1.3 per cent according to Canada Mortgage and Housing Corp. figures. In 2017, vacancy hit 1.1 per cent. Meanwhile, N12 applications are up 50 per cent from 2015, and up 23 per cent year-over-year from 2016.

The Globe first identified the rising trend in "own use" evictions in 2017 by combining call log data from Mr. Dent's group with eviction applications. These new data confirm the trend and show that the highest volume of N12 applications came in the month prior to the passage of the Ontario government's Fair Housing Plan rental reforms and for four months afterward.

In Facebook groups such as Ontario Tenant Rights, which has gained 3,100 members in the eight months since it was created, people who have been served N12s scramble to figure out how to interpret the new rules for tenancy and eviction, some of which only took effect as of Sept. 1, 2017.

"We're getting more people that are saying, 'I'm getting an N12.' Our first comment is, sit back and wait for the actual notice of hearing. A notice is only a notice; don't throw a fit, don't pack your bags – you're not going anywhere," says Rob Maguire, a retired restaurauteur and administrator of the group who spends long hours reviewing provincial statutes and Landlord and Tenant Board (LTB) decisions.

Mr. Maguire's advice points to an issue in understanding the scope of use of N12s in the province: Landlords can download and print off their own N12s. Delivering them to a tenant doesn't create a record with the government. In Mr. Maguire's experience, many tenants assume the notice itself is legally binding – or a sign that they had better move – and they never contest the filing. "There's a lot of landlords out there that think the N12 is the be-all and end-all, just as there are tenants that think that way. They don't even realize that they have to file to get an eviction order," he says.

The documented cases involving an N12 that The Globe has analyzed only represent those cases where that second step is taken and a landlord files an L2 eviction with the LTB. It's impossible to know how often tenants get served with an N12 that they don't contest.

The only other data point available is the number of times the forms are been downloaded from the government's website. Data from the SJTO shows N12 forms were download 57,662 times in 2017, which is about 14 per cent of all downloads for eviction notices. Only three of the eight other notice forms are more frequently downloaded: 59,869 for N11 ( agreement to end the tenancy), 62,494 for N5 (notice to end a tenancy for interfering with others, damage or overcrowding) and 120,698 for N4 (non-payment of rent), which accounts for 30 per cent of all downloads.

As 2017 progressed, the number of new N12 applications slowed along a predictable seasonal curve, and in the months after September, rates of new applications actually fell below 2015 and 2016's totals. One possible explanation is that since last Sept. 1, tenants have been entitled to a month's rent in compensation for vacating a unit for the landlord's own use.

Jim Murphy, chief executive officer of the Federation of Rental-housing Providers of Ontario, mostly deals with owners and managers of large-scale buildings. In the months following changes to the eviction rules in Ontario, he has fielded a higher volume of questions from smaller landlords. He says there are questions and some frustration from owners trying to figure out how to work within the law; that the expansion of rent-controlled rate increases to properties built after 1991 now removes a lot of the flexibility smaller landlords once had.

"I don't know how, when you have a small investor that has one or two units in a condominium, if there's a large increase in the monthly maintenance fees, say to cover the garage, can you pass that along?" says Mr. Murphy.

Whether the increase in N12 evictions is related to the reduced flexibility landlords once had is unknown. It is against the law to act in bad faith and declare "own use" as an excuse to evict rent-controlled tenants and bring in new tenants at a new rate. Breaking those rules also carries significant financial penalties: tenants can be entitled to recoup moving expenses in some cases, and if their new rent is higher, they can receive compensation for the difference.

Last Nov. 8, a hearing at the Whitby, Ont., LTB, a landlord (whose identity was redacted) had served an N12 to tenants before Sept. 1, 2017. Landlords who evict by way of an N12 are supposed to stay in the unit for a minimum of one year, and if challenged by a tenant they have to show a good faith reason for not doing so. In the Whitby case, a for sale sign went up on the lawn about eight days after the tenants left. Before they were evicted, the tenants were paying $900 a month; in their new rental they were paying $1,500. The LTB adjudicator ruled the landlord would have to pay for a year's worth of rent differential, or $5,400.