Canada's largest real estate board is urging the federal Competition Tribunal to protect consumer privacy by requiring homeowners to consent to sharing their housing information over the Internet.

In filings posted on the tribunal's website ahead of a hearing on Thursday in Ottawa, the Toronto Real Estate Board argues that electronic access to the board's Multiple Listings Service should be made available to online real estate brokerages only after both buyers and sellers have checked an "opt-in" box on their sale and purchase agreement.

TREB also asked the tribunal to make electronic home-sales data available for only six months after a house has sold, and said the data should not contain details of house sales that occurred before the tribunal issues its final order.

It also argued that online brokers should not be able to use its MLS information for "data analytics" – such as building home-price heat maps or neighbourhood-level price trends – without the explicit consent of both buyers and sellers.

"What is wrong with letting consumers have the ability to decide how broadly their private personal information, including the purchase price of their home, be distributed?" TREB lawyers wrote.

The hearing comes a month after a three-member panel of the Competition Tribunal ruled that TREB was stifling competition in the Greater Toronto Area's real estate industry by restricting how member realtors who run online brokerages access and share electronic data about homes that have sold.

In its April 27 ruling, the tribunal sided with Competition Bureau Commissioner John Pecman, who argued in essence that online real estate brokers should be able to access and share data from the MLS – such as a house's selling price and number of days on the market – as freely over the Internet as other realtors are allowed to share such information with clients in person and by fax or e-mail.

However, TREB is arguing that such electronic access should come with restrictions, and it urged the tribunal to allow it to develop its own "technological solution" to share MLS data on the Web to protect it from "unscrupulous third parties" who could copy the data and sell it to non-realtors, such as contractors looking to target consumers who have recently purchased a house.

Lawyers for the Competition Bureau called TREB's privacy arguments a "red herring," saying that existing standard contracts between realtors and their clients already adequately address privacy concerns. They warned that requiring another layer of consent that applies only to home-sales data shared electronically would create a "two-tiered system" that discriminates against online brokers.

"Permitting TREB to impose an additional consent requirement would perpetuate rather than remedy the effects of TREB's anti-competitive conduct, leaving no possibility of the innovation and competition contemplated by the tribunal," the commissioner wrote.

The real estate board said it was concerned that ordering it to share more information electronically might push its members toward neighbouring real estate boards that are not covered by the same rules. It also urged the tribunal to consider restrictions that would prevent other industry players from using the data in order to create a rival to TREB's MLS.

In its own written arguments, the Canadian Real Estate Association asked the tribunal to restrict its ruling only to realtors in the Greater Toronto Area. "CREA asks the tribunal to keep in mind that, while the order that is issued will be restricted to TREB, other boards and associations across Canada will look to the tribunal's decision and order for guidance," it wrote. 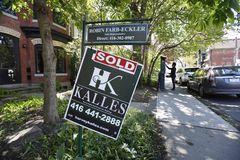 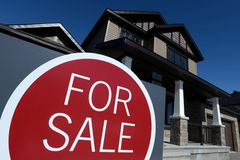 Dozens of real estate firms not compliant with anti-money laundering rules
May 16, 2018 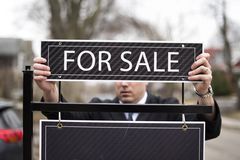 Christy Clark calls on Ottawa to boost tracking of real estate transactions
May 16, 2018 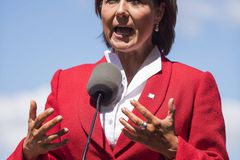