SALES CENTRE 22 The Esplanade, east of Yonge Street. Open by appointment only. 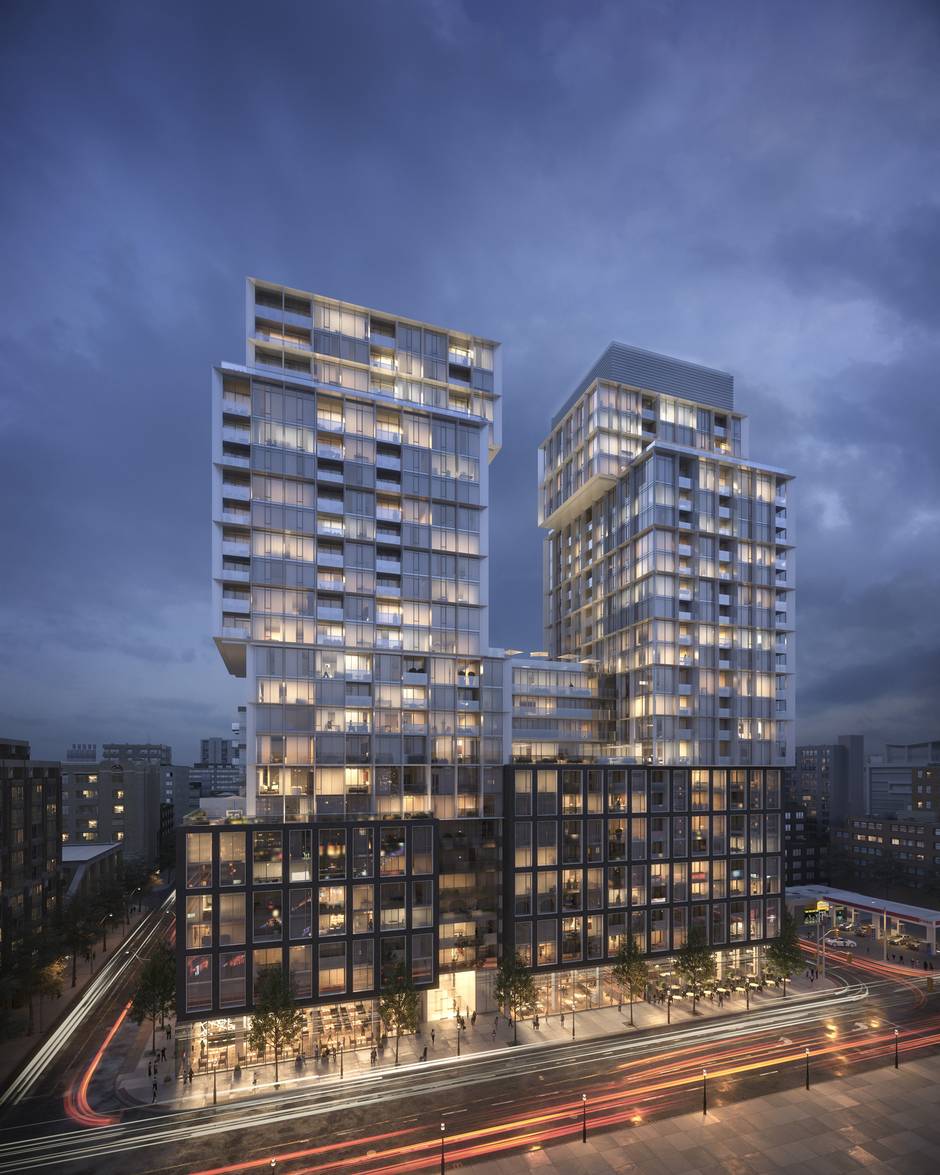 Fernbrook Homes and Cityzen Development Group have changed city skylines with the shapely curves of Marilyn Monroe and L Tower in Mississauga and Toronto respectively.

But as much as the team’s latest high-rise venture – likened to shifted and stacked boxes by architectsAlliance – is lauded for its bold architectural appearance, buyers’ attraction runs deeper to its foothold by St. Lawrence Market.

“At Fernbrook and Cityzen, we pride ourselves in designing iconic buildings. We started with Absolute and we did the L Tower,” says Danny Salvatore, president of Fernbrook Homes, which initially kicked off sales with Cityzen under the name of 158 Front Condominiums last year.

“But the most important thing about the condo is the location.”

The 492-unit building will be situated on the former Greyhound bus-terminal site at 158 Front St. E., at Sherbourne Street, just steps from restaurants, pubs, cafés and shops, as well as the Sony Centre for the Performing Arts and St. Lawrence Centre for the Arts.

“We are about 55 per cent in sales and we’re going to relaunch in two weeks,” says Mr. Salvatore, who promises a good mix of inventory to be released along with the new sales centre late July. 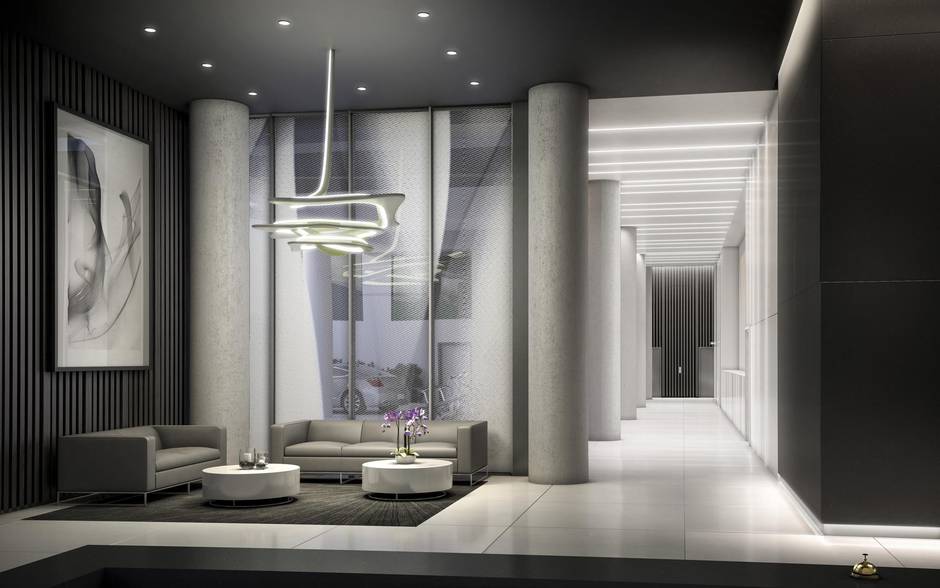 A common area at the St. Lawrence Condominiums.

For instance, within 10 to 15 minutes, residents can walk to the Eaton Centre, Sugar and Cherry beaches, Ryerson University and George Brown College, in addition to the financial, entertainment, theatre and distillery districts.

Commuting via bus, subway, train or plane will also be easy with Union Station, Union Pearson Express and Billy Bishop Airport nearby.

However, the building will give residents plenty of reasons to stay on site with amenities spanning 10 floors, including a two-storey party room, library, theatre and gym offering classes and training by Benchmark Group, as well as a billiards lounge, meeting rooms, rooftop terrace and pool.

“Most of the time, the amenities are located down in a dungeon, per se, on the first floor or where it doesn’t have good views, but ours is different,” Mr. Salvatore notes.

Units will range from one- to three-bedroom-plus-den plans with open principal rooms with nine-foot ceilings, kitchens and bathrooms with granite counters and outdoor space in most cases.

Once occupancy begins November, 2019, monthly fees will be roughly 56 cents a square foot.

Parking for $55,000 will be available for select units.