I thought it was too late for King-Spadina. The neighbourhood has been overrun by development over the past 20 years, adding nearly 20,000 people in increasingly tall high-rises. The city is exploring the billion-dollar Rail Deck Park just to create some open space. So where do you put the things a neighbourhood needs, affordable housing, a rec centre or community gathering space?

It turns out there's still some room on city-owned real estate.

The Waterworks development, now about to start construction, has it all: Not just 300 condos, but a new YMCA, a transitional-housing agency for youth that's already in place, 15 suites of affordable housing and a sensitive adaptive reuse of a 1930s heritage building.

The city agency Build Toronto drove the process and it's a model Toronto should be repeating as often as possible: Get everyone at the same table and leverage public ownership toward making a great and inclusive place.

The new architecture, by Diamond Schmitt Architects, will be good, but it is the mix of different uses here that is unique. The Waterworks breaks nearly every expectation for a for-profit development in Toronto. So what made it work? I asked Eve Lewis, chief executive and president of Woodcliffe Landmark Properties, and Gary Switzer, CEO of MOD Developments.

"This is singularly one of the most complicated projects in the city," Ms. Lewis said. "You've got a YMCA, Eva's Phoenix, affordable housing, the food hall.…"

By that Ms. Lewis means the new food venue, with a number of local "artisan food vendors" serving up meals and prepared food – maybe even booze – in a 30,000-square-foot former garage that will open onto the adjacent St. Andrew's Playground.

Lesson 1: Deal with the size of the building up-front. "A crucial piece was that we did not buy the site and have to fight through rezoning," explains Mr. Switzer, who runs MOD with partner Noorez Lalani. "That was all determined, more or less, from the start." The usual process of development in Toronto involves some uncertainty about just how big a new building will be. Here, that was off the table: When the city gave the property to Build Toronto, it kept control of the airspace 47.5 metres above the site. Thirteen storeys was the ceiling.

So what? Well, that certainty shapes everything else. When MOD and Woodcliffe made the deal, they knew what they were paying for – and didn't have to squeeze more floors to justify a high land price or persuade angry neighbours to lend their support. "We knew what the [expectation] was and the neighbours knew," Mr. Switzer said. "When we met them, their main point was, 'When will you start?'"

Lesson 2: Think about all the city's ambitions at the same time. The 1932 Waterworks complex, designed by city staff under architect J.J. Woolnough, is a rare and good example of art-deco architecture in Toronto. In the redevelopment, two large pieces of it remain in place, with the food hall opening onto St. Andrew's Playground. "Just the fact that the city is allowing us to put doors into the park from the hall," Ms. Lewis says – "that's unprecedented."

Indeed, the city's parks department doesn't like to have private facilities open onto a park. But that rule was bent here for the publicly accessible food hall. Above it, behind two retained facades, will be a new YMCA. Above that, the Diamond Schmitt tower will be a 13-storey, C-shaped midrise building, clad in dark porcelain panels, with many large terraces.

It will contain 15 affordable suites and just more than 300 market-rate suites, which tend to be larger than the local average. The building will make room to preserve an existing courtyard. Heritage retention, affordable housing, community facilities, an attractive commercial use, it's all here.

"To do that," Ms. Lewis says "we had to get everyone in a room: parks, heritage, the planner, Build Toronto." This is unusual; the typical Toronto process sees a development file pass around to different offices "in a sequential back-and-forth." That leads to the city disagreeing with itself. (I've heard many anecdotes about this from developers and architects).

The current blend of development in Toronto – largely within existing neighbourhoods, often mixed-use – is complicated. Such projects need to be looked at holistically, Mr. Switzer argues. "I think people have been making that suggestion for 20 years," he says. "It doesn't usually happen, because this is the biggest boom in Toronto's history and everyone at the city is overworked." But it is essential.

Lesson 3: Link city property and civic agendas. That is the mission of Salima Rawji, vice-president of development for Build Toronto. "With every project, we're asking: What are the gaps in that neighbourhood we can fill by bringing that land forward?" she said during a recent event at the offices of Diamond Schmitt. "We put that city-building lens on it."

All this happened thanks to the intervention of city councillors, initially Adam Vaughan and then Joe Cressy. Mr. Cressy pushed hard for the project, particularly the inclusion of the YMCA.

And the developers played an important role, too. "Gary and I," Ms. Lewis says, "our interests are aligned: We're trying to make a difference and to make something great." Their records bear this out. Ms. Lewis, along with her late husband, Paul Oberman, has been responsible for several important projects including the Market Street redevelopment and the Summerhill LCBO. MOD, meanwhile, recently completed Five St. Joseph, a condo tower that repurposes nine buildings on Yonge Street that date back as far as the 1880s.

Here, they've sold most of the condos, all at a premium, to owners they say mostly intend to live here. "We wanted to build a community – to attract individuals who want to live here and think it's special," Ms. Lewis says.

I think they'll succeed: The Waterworks will be a pleasant place for its condo residents, a mix of empty-nesters and move-up buyers from the surrounding area, to live. But for the affordable housing tenants, the locals at the Y, the visitors who will eat their artisanal pizza in the park, it will be something else. "We make sure that every project we do, however high-end, has room for everyone," Ms. Rawji says. That takes goodwill, a focus on the big picture, a complex new mix of people and places. King-Spadina, and Toronto, need more of it all.

Alex Bozikovic is The Globe and Mail's architecture critic and co-author of Toronto Architecture: A City Guide, released June 27.

Heritage redevelopment project will bring a great hall to King West
May 16, 2018 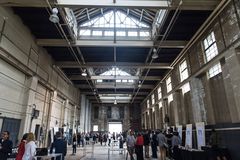 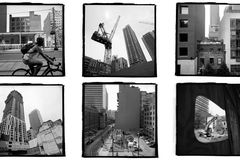