In the midtown Toronto areas of Leaside and Davisville, the real estate market has been bouncing between optimism and despair like a yo-yo.

Patrick Rocca, a real estate agent with Bosley Real Estate Ltd., has concentrated much of his business on the tree-lined streets radiating out from Bayview and Eglinton Avenues. The mainly traditional detached houses of Leaside appeal to well-heeled families who want room for the kids to run around. Swimming pools and home ice rinks are not uncommon in the spacious backyards. The slightly smaller lots and houses of Davisville are a little more affordable, in most cases, and especially popular with younger couples pushing strollers.

But even in those stalwart family neighbourhoods, real estate deals can be hard to put together these days, says Mr. Rocca, who has been shocked by the market's swings.

So far in August, the market is still unpredictable, with some properties receiving multiple offers and others languishing.

John Pasalis, president of Realosophy Realty Inc., says sales in the first half of August in the Greater Toronto Area fell 42 per cent from the same period last year. Again, the drop in freehold properties was more severe, with a 46-per-cent fall compared with a 34-per-cent decline for condos.

The average price edged up a slim 2 per cent compared with the first half of August, 2016.

Mr. Rocca is coaching sellers to be more clear-eyed by showing them the figures from recent sales.

"They missed the boat. It's been difficult. They should have sold in March, but they didn't."

Gradually, homeowners are absorbing the news and changing their mindset, he says. That's a sign of progress compared with challenging conversations in May, when sellers didn't want to hear what he had to say.

As for house hunters, some want to believe they can offer $400,000 under the asking price and strike a deal. That may have worked earlier in the summer, Mr. Rocca says, but the twist now is that sellers have set their asking prices very close to the amount they can reasonably expect to receive. Agents have mostly given up on the practice of setting a dramatically low asking price in order to spark competition.

"A lot of these houses are priced right," Mr. Rocca says.

One set of buyers Mr. Rocca's office was working with was so ruthless, agents realized they were not going to find the deal they were after.

"We literally had to sever ties because they were like a shark looking for blood in the water."

He recently listed a detached, two-storey house in original condition in Leaside. The property received four offers, but all came in below the asking price of $1.5-million, he says. The sellers accepted the highest offer. In March, he's sure, they would have received $300,000 more.

Prices were escalating at an annual pace above 30 per cent before the Ontario government introduced policies designed to cool the market. One of those moves, a non-resident speculation tax, adds a 15-per-cent levy on real estate purchases by foreign buyers.

"I think the foreign tax really hit our area," Mr. Rocca says. "It hurt our market, no doubt."

Mr. Rocca sold one house in February that had 11 competing buyers show up at the table.

"Everyone was foreign," he says.

The uncertainty surrounding the impact of the new measures also prompted homeowners who were debating whether to sell to take action. New listings burgeoned.

"It scared people into throwing a ton of product on the market," Mr. Rocca says.

Scott Ingram, a real estate agent with Century 21 Regal Realty Inc., points out that prices drop from June to July every year, so it's not unexpected for it to happen again this year. In the past 22 years, the smallest dip has been less than 1 per cent and the largest 11.5 per cent, his analysis shows.

This year's decline was 7.3 per cent, which he points out is not significantly more severe than the average of 6.1 per cent.

Mr. Ingram also notes that the average price of a freehold property in the 416 area soared a dizzying $290,000 in the four months from December, 2016, to April, 2017, when it reached $1.455-million. But as of July, that average price had given up most of that increase to stand at $1.177-million, or $12,000 above the December price. Mr. Ingram includes detached, semi-detached and freehold townhouses in that figure.

Mr. Rocca says some buyers who purchased in the spring have become spooked by the decline in prices in the past few months. Tales of buyer's remorse are common. Some buyers are trying to back out of deals or renegotiate. Mr. Rocca understands the predicament; he has clients who purchased a bungalow on a very good street with the intention of selling it again for a profit.

Still, they didn't back out of the deal. Mr. Rocca says buyers must understand that they've signed a contract. People who think they can simply forfeit a deposit and walk away may end up being sued by the sellers. The buyers will then risk having to add legal fees to their purchase price.

"They're on the hook," he says. "They're going to have to cough up anyway – they should have closed."

He says some sellers will agree to a smaller reduction because it's easier than the hassle of trying to relist the property. As for the buyers, his advice to his own clients would be to go through with the transaction.

"I'd tell them, you'd better close on your property because you're going to get sued."

Mr. Rocca says overseas buyers are starting to come back to the market, but not in the numbers he saw earlier in the year. Some are looking for loopholes so they can avoid the non-resident speculators tax.

For homeowners who are considering listing soon, Mr. Rocca believes the first half of the fall market will be better than the second, as it is most years. But for those who can afford to wait, he thinks holding off until the spring will be a better bet. He's not sure that prices will return to the level of March, 2017, he cautions, but there may be more potential buyers eager to buy than in the fall.

"Spring is always your best market."

Mr. Rocca believes the coming fall market will stabilize after so many gyrations, but he adds that some factors are still unpredictable. The Bank of Canada could lift its benchmark rate again after the first rate hike in seven years in July. Mr. Rocca says another move to tighten could cast a chill or it could prompt potential buyers to jump in more quickly before any more increases take effect.

Looking ahead to next month, Mr. Ingram expects homeowners will be ready to list soon after Labour Day, but buyers won't all rush back at once. That dynamic – with anxious sellers and leery buyers – will likely lead to a swell in active listings. 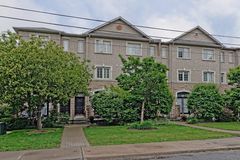 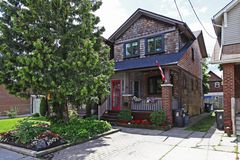 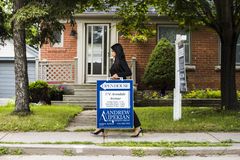