Urbancorp's lenders are moving to take control of the struggling builder's development sites, leaving some purchasers worried that they may be at risk of losing out on their unfinished homes.

In filings this month in the Ontario Superior Court, CIBC wrote that Urbancorp had defaulted on more than $27-million in debt owed to the bank and two other lenders – Canadian Western Bank and Laurentian. The money is part of roughly $60-million the group of banks gave Urbancorp to build three low-rise housing projects on the east side of Toronto.

The three developments, known as Leslieville, Riverdale and Beaches, are not part of Urbancorp's other court-supervised insolvency proceedings. However, CIBC wrote that the syndicate of lenders hired a financial adviser and cost consultant last August to review the projects. They grew increasingly concerned after Urbancorp failed to repay the bulk of its loans when they came due last October.

"CIBC and the other lenders have now lost all confidence in the management" of Urbancorp, the bank's lawyers wrote in court filings that cited "significant cost overruns" and "mismanagement of the projects." A court granted CIBC's request to appoint a receiver last week.

In a different legal battle brewing over another Urbancorp development in Markham, Ont., known as Woodbine, Laurentian Bank asked the court for permission to appoint its own receiver for the project, which filed for court protection in April.

Laurentian and another lender, Terra Firma Capital Corp., are owed more than $5-million from the project. The loans came due in February.

In its request, which the court put on hold until June 30, Laurentian wrote that appointing a receiver would be the best way to address issues faced by home buyers, who had paid about $2-million in deposits to buy into the Woodbine project.

Urbancorp's trustee, KSV Advisory, opposed the request, saying that it was already preparing to sell the property. Developers were lining up with offers, including one "major national developer" that KSV said was willing "to repay, in full, the Laurentian mortgage."

Urbancorp's home buyers, however, told the court they were concerned that with property values soaring across the Greater Toronto Area, lenders might use the receivership to try to get out of the purchase contracts in hopes of selling the properties for more money. Purchasers in some projects bought in as far back as 2011 and median home values have soared more than 60 per cent in the GTA since then.

"It seems self-evident" that Urbancorp's lenders are looking to "disregard the interests of the purchasers, in particular to take advantage of the rising property values and sell to new purchasers," Afzal Nathoo, an owner in Urbancorp's Leslieville project, wrote in a response to CIBC's request to appoint a receiver.

Another Leslieville buyer, Elaine Quinn, wrote in a court filing that she had been forced to turn down several promotions at work due to the stress and cost of having to move her family several times while waiting for their home to be completed. "In view of the appreciation of prices in downtown Toronto, many of us will be unable to find comparable alternative housing in Leslieville or in similar downtown neighbourhoods."

In an e-mail, CIBC spokesman Kevin Dove said the lender "is exploring various solutions taking into consideration the interests of all stakeholders, including the current purchasers‎."

It is not unusual for lenders to try to seize control in court-ordered restructuring if they think they can do a better job of selling assets, particularly real estate developments, said David Ullmann, an insolvency lawyer with Blaney McMurtry, who is not involved in Urbancorp's case. "That's always the risk," he says. "It's actually surprising to me that more lenders haven't done that in the Urbancorp process."

Appointing a receiver means it is now up to a judge, not Urbancorp or its lenders, to decide whether purchasers ultimately get to move into their homes.

"That's the million-dollar question here and the answer is uncertain at this point," said Lisa Corne, a lawyer with Dickinson Wright who is representing Ms. Quinn and other buyers in Urbancorp's Leslieville development. "That will be a decision within the discretion of the court and there will be a fight about it, I expect, between our clients and the lenders." 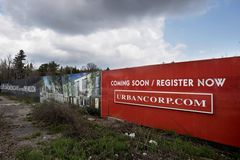 Urbancorp units file for CCAA with debts amounting to millions
May 16, 2016 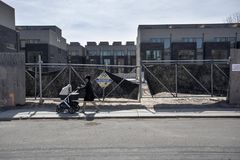 CEO of home builder Urbancorp files for bankruptcy protection
May 3, 2016 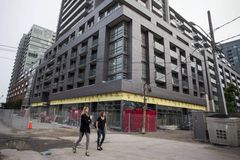 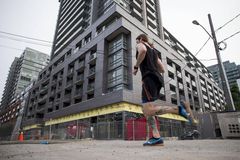 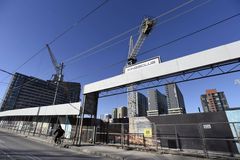