The rain was teeming down one night this month when 33 bidders were vying to be the new owners of a two-bedroom house close to the GO Train tracks in east end Toronto.

Rochelle DeClute of DeClute Real Estate Inc. says an agent from her office represented one of the competitors for the nicely renovated semi-detached. Any hope that the dreary weather would deter rival bidders quickly fizzled. The house, with an asking price near the $600,000 mark, sold for more than $820,000.

Not far away, another agent from her office was sitting down to present an offer for a slightly wider two-bedroom semi close to Little India. It sold for more than $1.2-million after the 10 offers were sorted. That's $301,000 above the asking price of $899,000.

"This is mid-January, on a miserable, rainy night," Ms. DeClute says. "The pent-up demand is so strong."

That snapshot from one real estate office on one rainy evening is being replicated throughout the Greater Toronto Area on many nights. Never has it been more true that a house in the GTA is worth whatever someone is willing to pay for it. Asking prices are pretty much meaningless.

In the Christie Pits area, neighbours were buzzing when 139 Christie St. attracted 57 offers and sold for nearly double the asking price. The tiny two-bedroom was listed with an asking price of $499,000 and sold for $988,018.

Daniel Freeman of Freeman Real Estate Ltd. says he wasn't surprised that the house went above the asking price, but he was shocked at the frenzy surrounding it.

"The market is insatiable right now."

Mr. Freeman knew the bidding would be intense when he was inundated with calls from other agents.

"I was getting a call every two minutes for six days."

He advised all agents they would have only one shot; there would be no second round of bidding. Also, many offers expire at a certain time so it was important to keep things moving.

"We're not going to be at this until 6 in the morning," he told the participants. "There's no feasible way."

Bids ranged from the $550,000 level all the way to the final tally, with several bidders offering more than $900,000. He says people also had lots of ideas for what to do with the house, which he describes as "a very tired bungalow." Some considered living in it as is, others wanted to top it up or rebuild it, while others envisioned a triplex or fourplex.

Much of the desperation seems to be in the first-time buyers' segment. Entry-level properties such as the studio condo are drawing multiple offers more and more, Ms. DeClute says.

Ms. DeClute was surprised at the fast start this year given that Ontario schools returned to classes a week later than usual in 2017. The real estate market usually lags the school calendar by a week or two, she says, as parents get their kids settled into a routine again.

"There is no lag this year," she says.

But as keen as the buyers are, the sellers are still holding back. Last year at this time, Ms. DeClute counted 56 active listings in the east-end neighbourhoods that spread out from her office in the Beaches. During the same week in 2017, there were only 25, she says.

Ms. DeClute says many owners are reluctant to sell and look for another property because they're afraid they won't be able to find what they want. Instead, they're refinancing their existing house and paying to top it up or add a room.

The stress of renovating seems small in comparison with the angst of house hunting and jumping into bidding wars, she says.

A few, however, find the cost of renovating so high that they nix the idea once they've spoken to a contractor. Moving out and renting another place during the reno is also extremely expensive.

Ms. DeClute says she talks to contractors who deliberately provide outrageous estimates to discourage homeowners from choosing them.

"They'll price really high not to get a job because they're so busy."

In the west end of Toronto, agents LeeAnne and Paul Francombe of Royal LePage West Realty Group are seeing similar dynamics: The rapidly developing Long Branch neighbourhood has long been considered a more affordable pocket. Toronto Transit Commission streetcars travel to the area and the GO Train whisks commuters to the financial district.

Ten days before Christmas, 10 buyers showed up at the table after the Francombes listed a four-bedroom townhouse for sale in a private enclave on Skeens Lane. The property had an asking price of $635,000 and sold for $777,777.

These were 10 very prepared people, Ms. Francombe says of the buyers circulating with their finances all arranged.

"The buyers are there – no question about it," Mr. Francombe says.

The few homeowners willing to sell their properties are leaving the province or moving into a condo unit or retiring to cottage country, she says. Moving within the city has become so expensive because of land transfer taxes and real estate commissions that many owners aren't willing to take it on.

Ms. Francombe says the Ontario government's recent move to increase the amount of the tax refund for first-time home buyers will help, but she worries that it may not be enough to loosen up supply.

"It's imperative that you get the first-time buyers to buy," she says. If they don't, "then you won't get the move-up buyers."

Canada Mortgage and Housing Corp. reported this week that the rich prices in the GTA real estate market are having a spillover effect on prices in surrounding cities as buyers seek out a patch of land.

"Overall our evidence indicates that increasing single-family home prices in the GTA and motivating buyers to purchase more affordable homes in nearby cities, driving up prices there," CMHC says in a report.

Jean-Sébastien Michel, principal of market analysis for CMHC, delved into the impact a correction in Toronto could have on those cities. CMHC has been warning for a while that it sees evidence of overvaluation in Toronto.

As the GTA has become less affordable, prices have swelled in such cities as Barrie, Guelph and Hamilton in recent years – and now St. Catharines-Niagara is feeling the heat. Still the GTA's spike has been disproportionate to most of the other cities.

Mr. Michel says CMHC is not saying a downturn will happen but, if a price shock does occur, the gap will likely shrink between GTA prices and those of other cities. 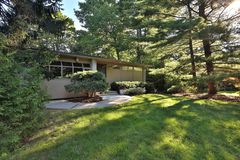