Mr. Kapches says the shortage of listings prompted house hunters to head out in force in January. They were also making quick decisions. Properties for sale sold in 19 days, on average, Mr. Kapches says. In the same month last year, the average was 29 days. Mr. Kapches reminds clients that 2016 was already a record-breaking year – including in the "days on market" category.

One reason existing homeowners aren't listing their houses for sale is that the cost of moving is so high. It takes a huge investment to make the jump to a larger property or a more coveted location. There are commissions and legal fees to pay. Land-transfer taxes are levied by the province and the City of Toronto.

Bank of Montreal is not backing down from a call that residential real estate prices in the Toronto area are moving too fast: economists at the bank are comparing prices to a runaway train.

BMO recently urged market watchers to drop the pretense and acknowledge that Toronto's housing market is in a bubble.

Chief economist Douglas Porter explains he made the bold call to reinforce the message that the market has lost contact with economic fundamentals and has the potential to become dangerously overheated.

"This is not a near-term call on the market," he stresses – "in fact, given the outlook for interest rates and an improving underlying economy, there's nothing obvious to meaningfully slow the market at this point," Mr. Porter says in a note to clients.

It's in that context that Robert Kavcic, senior economist at BMO, probes the calls by some industry players to remove part of the Ontario Greenbelt, "as if that would be a magic bullet to slow the recent pace of home-price growth." Mr. Kavcic says it's unlikely that would be the case.

He points to speculation as a more likely cause of the spike in prices.

Many real estate industry players are pointing to a lack of supply in the market as the reason prices are skyrocketing. As buyers compete for the rare listings available, they bid prices into the stratosphere.

Mr. Kavcic says the lack of supply is partly down to a provincial government plan that has been shaping the expansion of Toronto and the surrounding areas since 2006.

At that time, the Ontario Places to Grow Act set targets aimed at containing sprawl. The plan stresses "intensification," which means new and built-up areas are more likely these days to include townhouses, condos and infill houses. The traditional 50-foot-wide lot with a detached house that many buyers coveted in the 1970s and 80s is a relic of the past, Mr. Kavcic notes.

At the same time, the province designated a greenbelt that protects ecologically sensitive land around the region.

Contrary to popular belief, however, the area is not out of land, Mr. Kavcic says. There is still enough land to support 15 years or more of outward growth, according to some Neptis Foundation estimates, with only 20 per cent of that designated for development used up since 2006.

"Simply removing the Greenbelt, therefore, won't bring any more supply to the market."

Mr. Kavcic says intensification is a bigger issue because municipalities are approving more condos, semis and townhouses. Older detached homes are being torn down and the lots divided up.

Without question, this focus on density has pushed prices up for detached houses on sizable lots.

Meanwhile, opening up greenbelt land wouldn't help much because there's no transit system through those farms and forests.

Mr. Kavcic looks at the charts and numbers and points out that the rate of price appreciation in the past several years – which was clocked at an annualized rate of about 8 per cent for single-family dwellings and 4 per cent for condos - was moving more or less in tandem with population growth and economic trends.

But over the past year, those growth rates have suddenly ballooned to 24 per cent and 18 per cent, respectively.

"Clearly, something else like foreign investment and/or increased speculation is at work, and simply removing part of the Greenbelt is not a policy move that in any way is gong to stop what is now a runaway price train."

David Madani, economist at Capital Economics, has long warned Toronto's housing market is frothy. He believes the bubble is about to swell to an even greater size.

The rate of house-price inflation could reach almost 25 per cent this year, Mr. Madani warns, as he points to the sales-to-new-listings ratio. That would be a rise from the 21-per-cent jump recorded recently.

Mr. Madani says many market watchers are pointing to the desperation of first-time buyers as the reason prices are rocketing ahead so quickly. But he believes investment mania is partly responsible. Move-up buyers are another factor, he adds.

In Toronto, Mr. Madani's seasonally adjusted calculations show sales dipped to their lowest level in six months in January, but listings dropped more steeply. He's waiting to see if listings will recover as the market moves toward its traditional peak in May.

Some mortgage lenders have found innovative ways to circumvent the tougher mortgage-insurance down-payment rules introduced by the government last year. In any case, the rules aren't much of a barrier to the move-up buyers who have considerable equity in their existing homes, he says.

Those move-up buyers can afford relatively large down payments.

The implication, Mr. Madani says, is there is not the shortage of homes to live in that some industry players claim. Investors likely feel there is a shortage because they want to purchase multiple properties, he says. Mr. Madani says the condo market is overbuilt and that buyers are purchasing units despite very low or even negative net-rental yields.

Buying based on the expectation prices will rise further is the quintessential feature of a housing bubble, he says.

"Investment mania is the root cause of the escalation in house-price gains, and this appears to be the case among homeowners and investors in Toronto. This activity often creates the illusion of shortages when bubbles are inflating, even when there is evidence to the contrary of a booming housing construction industry. Once these types of housing bubbles burst and prices slump in the years that follow, complaints of shortages are rarely heard again until the next bubble begins to emerge." 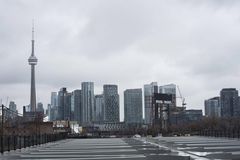 ‘Trump risk’ hangs over Canadian real estate market
February 2, 2017
Follow Carolyn Ireland on Twitter @CarolynIreland
Report an error Editorial code of conduct
Due to technical reasons, we have temporarily removed commenting from our articles. We hope to have this fixed soon. Thank you for your patience. If you are looking to give feedback on our new site, please send it along to feedback@globeandmail.com. If you want to write a letter to the editor, please forward to letters@globeandmail.com.
Comments