When I was little, my parents would take us to antique markets. While much of my nine-year-old brain was preoccupied with Star Wars, I’d pause at tables featuring boxes filled with old stereoscopic cards from the late-1800s and early-1900s. Since many of the dealers didn’t have the viewer needed to see the images in three dimensions (or perhaps they’d hid the delicate instrument when they saw me coming), I trained myself to cross my eyes until the two images came together and popped out; with my active imagination, these old scenes of city parks, railroads and exotic locales became tiny worlds to inhabit.

The 21st-century world of virtual reality isn’t much different. As futuristic as the headgear may appear and as complex the software producing the images may seem, the end result is two shifted images that, when combined together with lenses (or by crossing one’s eyes), place the viewer in a 3D-world. 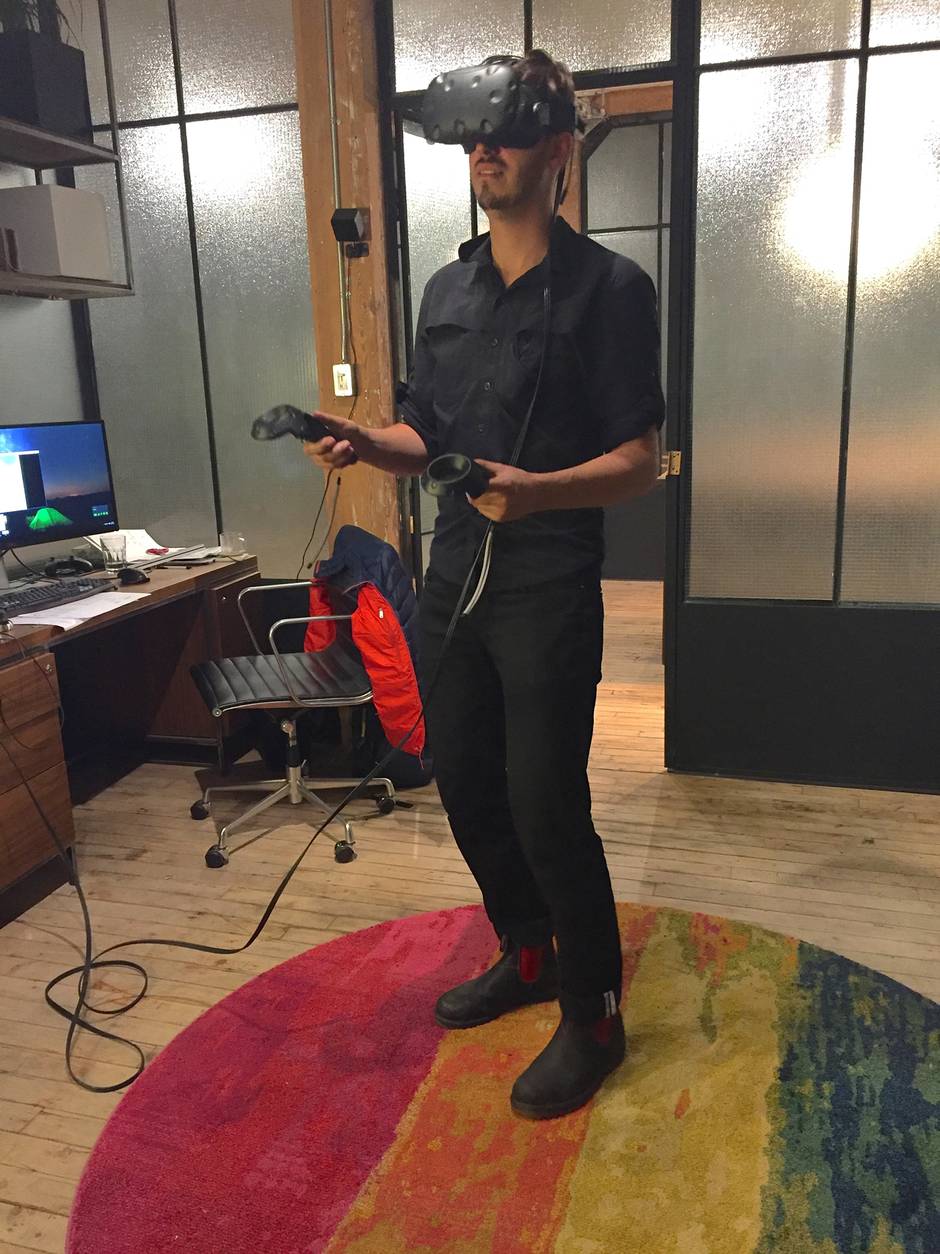 Daniel Voshart, Linebox. (Dave LeBlanc for the Globe and Mail)

And architects, educators and students are beginning to spend a lot more time in this brave new world. Since admission can cost as little as lunch-money, this makes sense. At the low end, all that’s needed is a customized cardboard box – Google Cardboard is the popular choice – a smartphone and a downloaded app. For a few 20s, one can purchase a pair of foldout glasses that clip onto one’s cellphone like futuristic pince-nez. For full, vertigo-inducing immersion there are the strap-on goggles that fill your field of vision and drain your wallet of hundreds of dollars.

“You’re going to love it – there’s no learning curve to this,” says Daniel Voshart of Linebox Studio as he hands me the umbilical-corded goggles to slip on. “The only question I get is: ‘Is the mask on properly?’”

After a few keystrokes, Mr. Voshart has placed me outside of the virtual, still-unbuilt home of Jean-Michel Lemieux, senior vice-president of engineering at Ottawa-based Shopify. 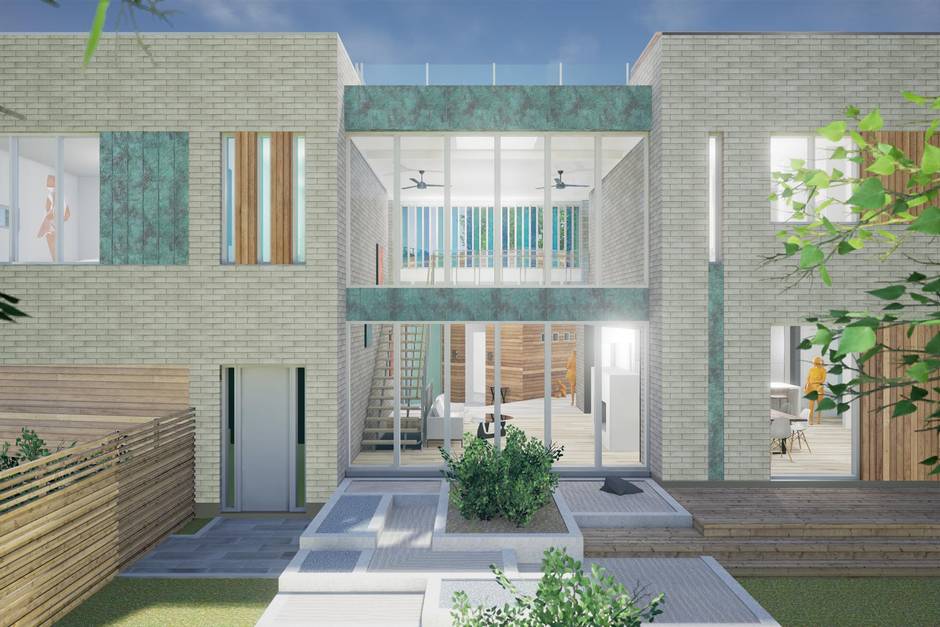 VR rendering of the as yet unbuilt home of Jean-Michel Lemieux, Senior Vice-President of Engineering at Ottawa-based Shopify. (Linebox Studio)

The detail is remarkable: trees and shrubs; verdigrised spandrel panels; speckled grey brick; cedar siding. Inside, I can see ceiling fans, staircases and blocky people for scale. Holding a game-like controller in each hand, I reach out and aim at a glowing halo on the floor inside the home; I press a trigger and I am transported there. Halos placed at various locations allow me to “jump” from room to room. If I want to inspect items close to me – for instance, the raised brushstrokes on a painting on the wall – I can physically walk a few feet; if I walk too far, however, I’ll hit the very real walls of Mr. Voshart’s office (thankfully, a virtual grid materializes before I bonk my head).

I zap myself onto the staircase. I look down and my arms instinctively reach out to stabilize myself because of the slight vertigo effect. By the time I’m on the balcony overlooking the living room, I’ve “got my VR legs,” according to Mr. Voshart, so I’m ready to explore and linger in Mr. Lemieux’s home for as long as I wish. 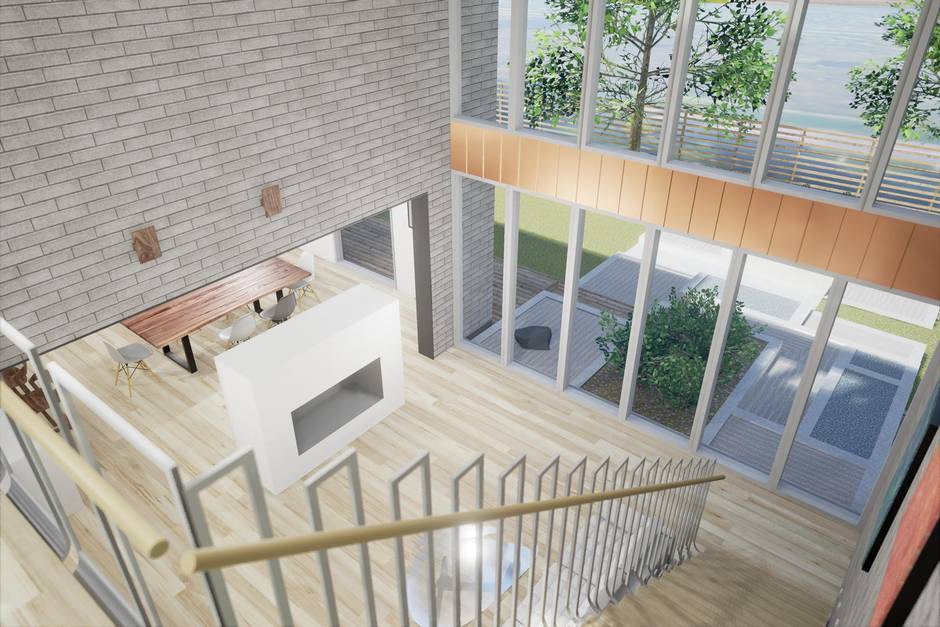 Atop the staircase in a VR rendering of the home. (Linebox Studio)

Which is exactly what Mr. Lemieux did: “We spent hours in our virtual home walking around the new spaces, sitting at the dining table and living room, and standing in the kitchen and imagining the place filled with friends and family.” He says he’d become “hooked” on VR over the past year as the Shopify team developed “Thread Studio,” a VR space that allows merchants to test out T-shirt designs on virtual models.

The best part, he says, was being able to ask for windows to be enlarged, raised or lowered, or for a change in the brick or flooring colour and be able to strap on the goggles to see the results the very next day. 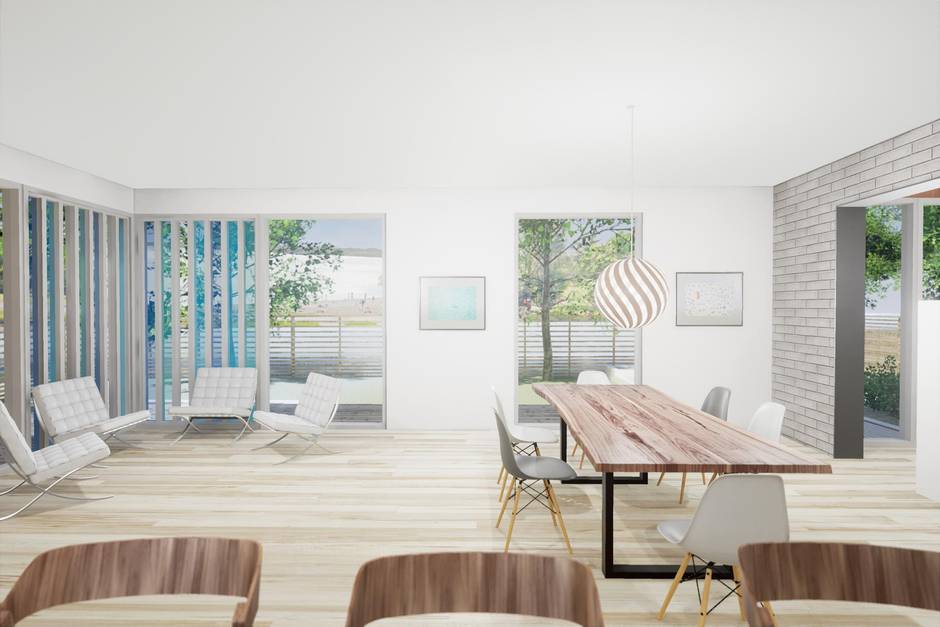 Dining room inside the VR rendering of the home. (Linebox Studios)

Andrew Reeves, architect and principal partner at Linebox, says this new form of architect-client interaction will prevent missteps on the construction site, saving time and money. “We literally brought the framer in, and he did a whole tour; we brought the stair manufacturer in, which was a huge plus since he can say ‘Oh, that’s what you mean,’ rather than with black-and-white drawings, where you have to interpret things.”

Although Mr. Reeves has been involved with 3D modelling since the 1980s, being able to put people “inside” those drawings via VR has changed everything: what was a “presentation tool” is now a “design tool.” 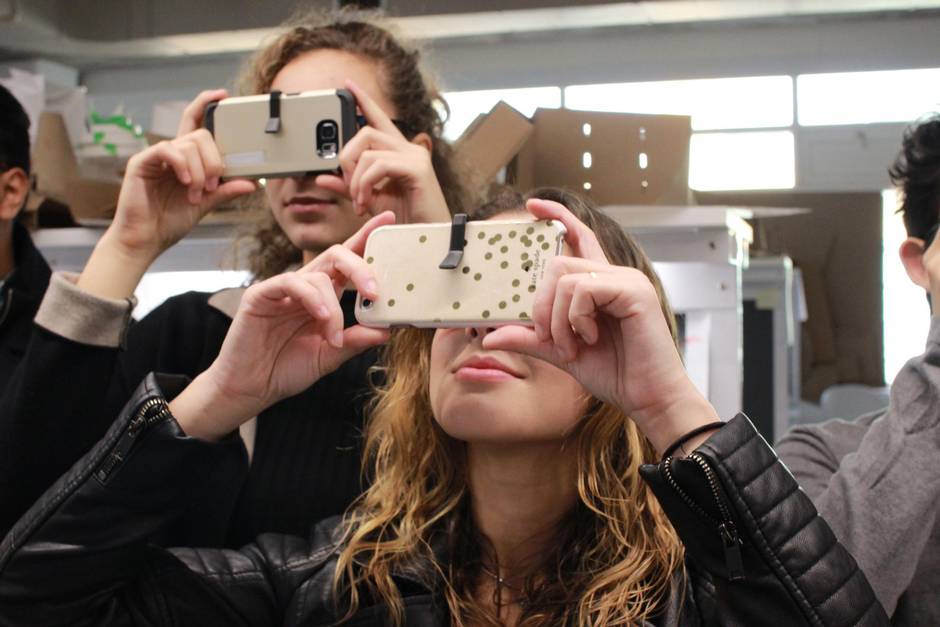 Since he’d been teaching 3D modelling using existing software, such as SketchUp and Rhinoceros, for years, the next step was making it super-easy for his students to convert those drawings to VR worlds they could explore. “My first-year students – 17-year-old students – they’re not going to want to go into the nitty-gritty, so we developed this interface where, with literally three clicks, they’re able to get that generated,” he says.

Says Yulio’s Yishi Pan: “We’re so glad that Ryerson adopted the technology so quickly and integrated it so well into the curriculum. Ryerson is effectively the first Canadian university to adopt the technology.”

And adapt to it: By mid-November, when I toured the Ryerson studios, Prof. Hui’s first-year students had all completed a project – renderings of a simple, box-like enclosure that’s open to nature – that they’d refined by stepping inside using Yulio’s software on their cellphones. “They make the model, they’re inside, they can actually go ‘Hey, you know what, that space is too high, or that doorknob is at the wrong height,’” he says. 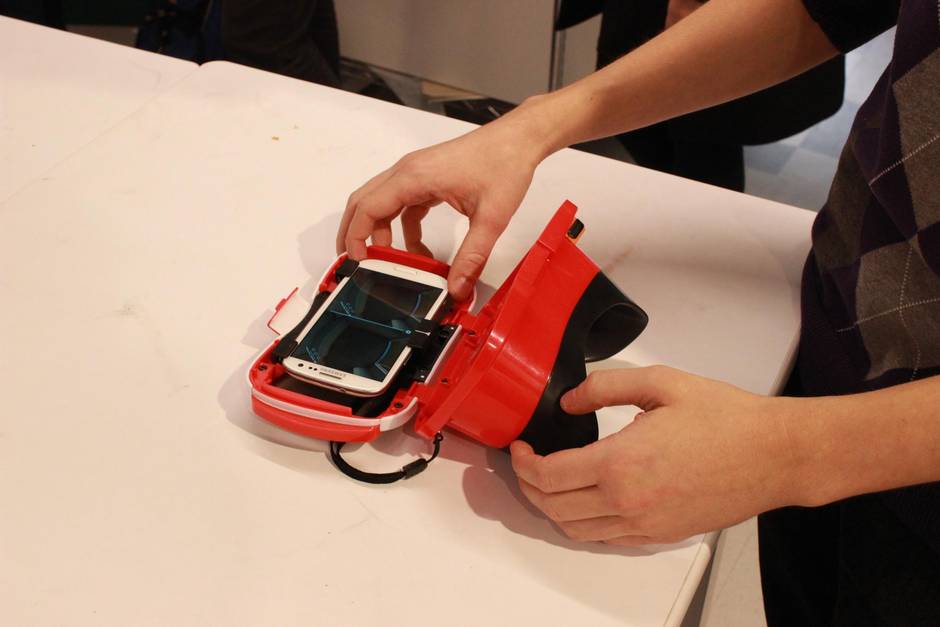 While these were all “fixed-point” VR environments (i.e. you stand in one spot and just look around), many were already sophisticated enough to place some objects close to the viewer and others further away to generate a sense of real depth.

While hand drawings will always “have their place,” Prof. Hui says that, by next year, every architecture professor at Ryerson will incorporate VR into their lesson-plans.

It is indeed a brave new world, and architecture will never be the same. As Mr. Reeves of Linebox suggests: “We’ve just cracked a whole new industry.”

“In the end there are two kinds of people,” says his client, Jean-Michel Lemieux. “Those who think VR will change the world, and those who haven’t tried VR.”