Two four-bedroom houses in a subdivision east of Toronto sold within a few days of each other in June. The houses on Avondale Drive in Courtice are both built of buff-coloured brick with the doors on their two-car garages painted cranberry red.

One listed high, one listed low and both ended up with the same result, points out real estate agent Shawn Lackie of Coldwell Banker R.M.R. "That absolutely proves the market will dictate the price someone is willing to pay," he says.

Mr. Lackie says that the amounts people were willing to pay in frantic spring bidding wars were astounding in some cases – and he has no doubt that some buyers walked away from those skirmishes with buyer's remorse.

"If they're in a competitive situation, they're like a shark," he says of some people who become so competitive they bid blindly.

But for the most part, potential buyers are able to look at comparable houses and their own budgets and decide on a number they won't go above, he says.

Agents also have to coach their clients so they don't offer more than they can afford. "The bank's not going to float you," he warns of people who get carried away. "That's when you really have to manage your client. Because they get frustrated."

Mr. Lackie says he advises sellers there are three values for any property: the assessed value, what the owner thinks it's worth, and what a buyer is willing to pay.

In most cases, the last one has been overwhelmingly driving double-digit price gains in the Greater Toronto Area and more tepid gains in much of Ontario, it seems.

According to the Ontario Real Estate Association, people living in the province have an even more positive view on real estate than they did last fall, according to a poll conducted for the industry group.

OREA says the upswing in sentiment has created the biggest surge in the Ontario Homeownership Index, which measures respondents' perceptions about real estate, including whether they think the market has strenghtened or worsened in their area, whether home ownership is important to them and whether they think real estate is a good long-term investment.

The market research firm Ipsos Canada, which conducts the poll for OREA twice a year, contacted participants around the time that the hectic spring real estate market was reaching its peak for the season.

Ipsos vice-president Sean Simpson says opinion has rebounded since last fall as confidence about the provincial economy has improved.

"The last time Ipsos polled on Ontario real estate, perceptions of the province's economy were more negative," Mr. Simpson said in a statement. "Midway through 2016, the economic mood has improved considerably, and while there is undoubtedly still room for improvement, opinion has rebounded, likely carrying perceptions of the real estate market along with it."

In investing circles, sentiment surveys are often viewed as a contra-indicator. When confidence is buoyant, it often means people are fully invested and there's less potential for upside. When sentiment is sour, people with money are waiting on the sidelines.

Market watchers who are worried about a correction in pricey real estate markets, therefore, may not take comfort in the survey results.

In the Greater Toronto Area, OREA reports, 70 per cent of those surveyed described the state of the city's economy as "good" compared with 66 per cent in 2015. Looking ahead to the next year, 59 per cent of GTA respondents said the real estate market in their city will be "stronger," compared with 46 per cent who gave that answer in 2015.

For the survey, a sample of 1,006 Ontarians from Ipsos' online panel was interviewed online. Ipsos estimates the poll is accurate to within plus or minus 3.5 percentage points, 19 times out of 20, had all Ontario adults been polled.

Meanwhile, the condo rental market in the Toronto area tightened in the second quarter.

Urbanation Inc. says the number of condo apartments rented in the three months to June 30, 2016 dropped 10 per cent compared with the same period last year. The market research firm was tallying rentals that took place through the multiple listing service of the Canadian Real Estate Association.

Total listings dipped by 15 per cent in the second quarter from a year earlier while rental rates rose 5.2 per cent. The average rent rose to a record $1,934 for the average 741-square-foot condo unit rented.

The pace was slower than in the first quarter as registrations of new units declined 39 per cent compared with the same period last year.

Shaun Hildebrand, senior vice-president at Urbanation, says competition among renters has intensified over the past year – partly reflecting not as many people are vacating their rental unit because they've purchased their own place. 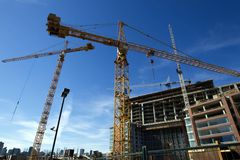 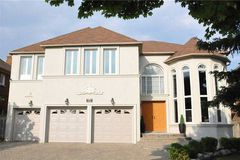